× CORONAVIRUS: The latest coverage and local resources regarding COVID-19 from the Arizona Public Media newsroom.
November 13, 2020 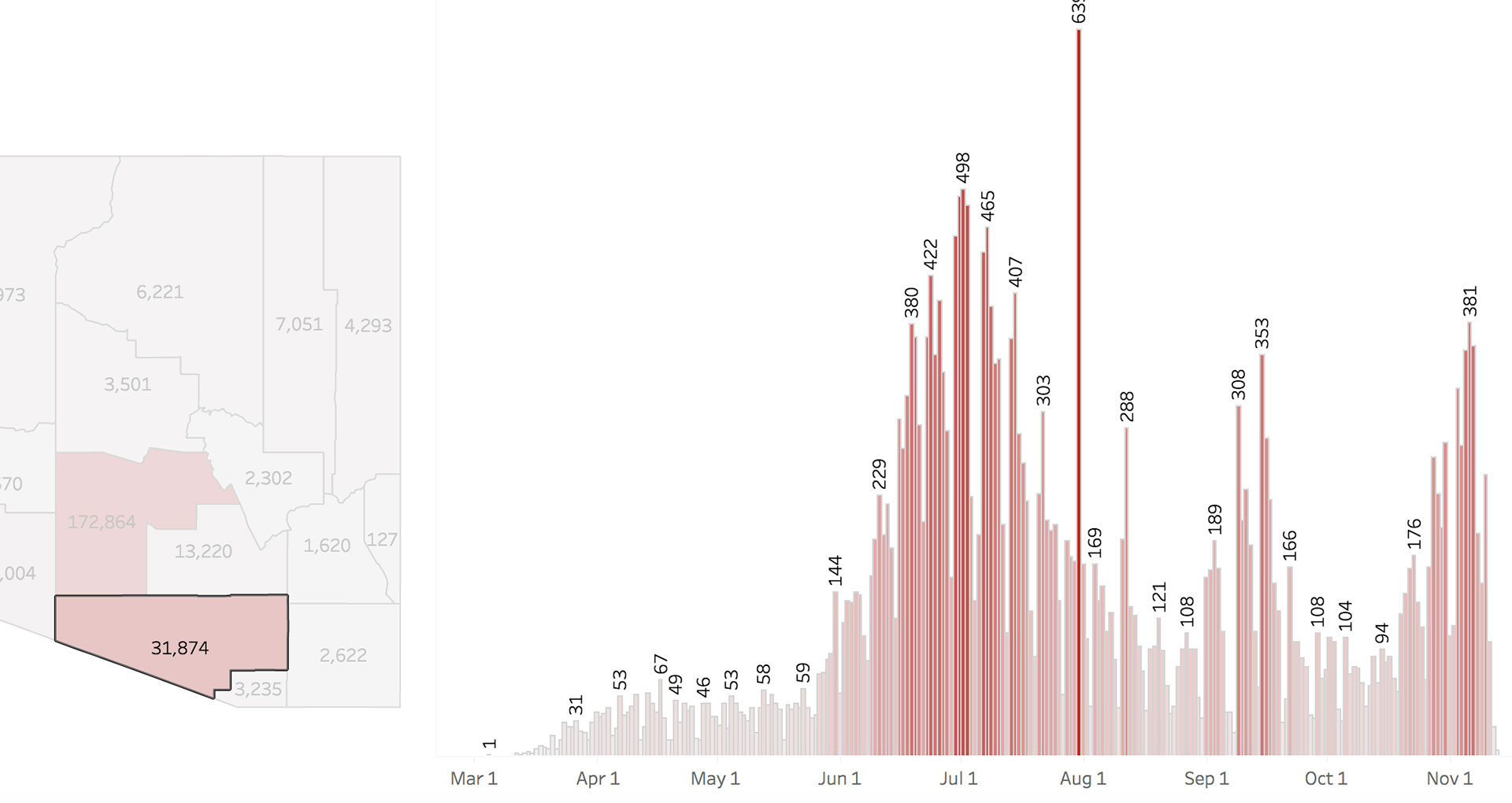 A screenshot of COVID-19 cases by day in Pima County as tracked by the Arizona Department of Health Services, as of Nov. 13, 2020. Previous numbers may change as cases are confirmed or investigated.
Courtesy ADHS

The Pima County Health Department is seeing COVID-19 cases and hospital visits rising at an "alarming rate," and wants the public to take steps to slow the spread of the virus as we head into the holiday season.

According to a county press release, cases have been on the rise for the last three weeks, with just over 2,000 cases reported from the first week of November. The number of COVID-19 hospital admissions has also spiked to its highest one-week total since the large spike in cases over the summer.

“We are very concerned, especially with holidays like Thanksgiving upon us,” said Dr. Theresa Cullen, Health Department Director, in the release. “This is starting to look like the beginning of the huge spike that we saw over the summer.”

Daily case counts are on par with where they were in late June, when the state experienced a huge surge in cases that pushed hospitals to the limits of their capacity.

The county tracks metrics for the spread of the disease and had seen improvements in late September and early October, with percent positivity dropping to 3%. But state data shows that number rising each week since.

In the Friday release, the county reported that the rate of hospitalizations locally, combined with rising cases, increases the potential for hospitals to become overwhelmed just as residents begin the holiday season.

“We cannot relax on taking steps as a community. We all have a role to play in preventing the spread of the disease before we see more increases in transmission,” said Cullen.

Pima County has tips on preventing the spread of COVID-19 during the holiday season on its website.

News roundup: Pandemic at levels not seen since summer, tribal nations hit hard Arizona reports 11,021 new COVID-19 cases, 105 more deaths Pima County readies COVID-19 vaccine expansion
By posting comments, you agree to our
AZPM encourages comments, but comments that contain profanity, unrelated information, threats, libel, defamatory statements, obscenities, pornography or that violate the law are not allowed. Comments that promote commercial products or services are not allowed. Comments in violation of this policy will be removed. Continued posting of comments that violate this policy will result in the commenter being banned from the site.