In a job with many hazards, the CDC grant is focusing in on an insidious risk: diesel exhaust. by Nicholas Gerbis, Arizona Science Desk TWEET SHARE 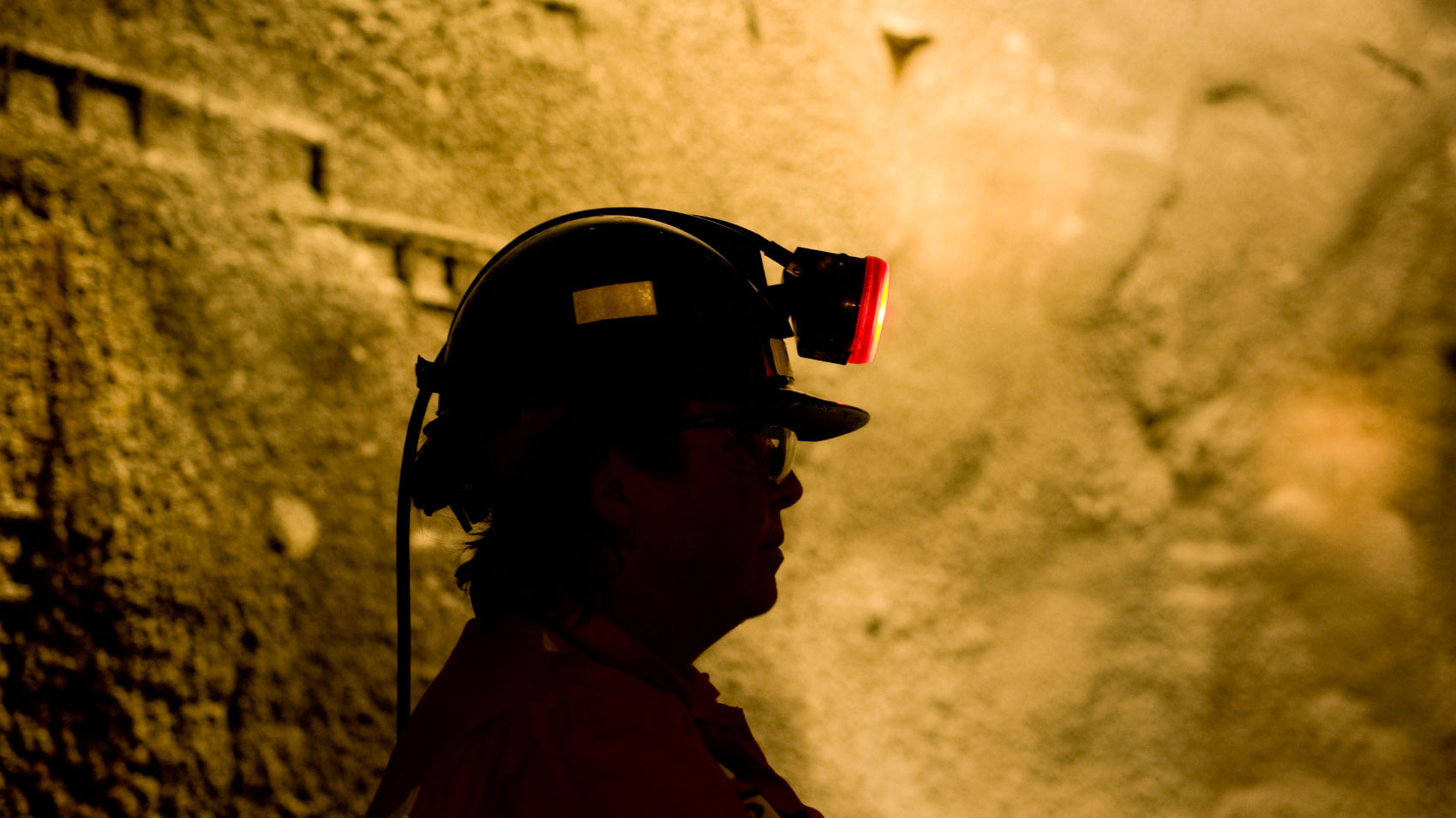 VIEW LARGER Photo of a miner as part of a March 12, 2012 National Institutes of Health publication on the health risks of diesel exhaust.
LISTEN

In their everyday work, miners risk cuts, contusions and even being crushed.

Now, the University of Arizona has received a $1.78 million grant from the Centers for Disease Control and Prevention to study ways to reduce a more insidious health hazard: diesel exhaust.

The three-year grant will fund research into diesel fuel alternatives for underground equipment.

One 2012 study of more than 12,000 workers at eight non-metal mining facilities found that workers who were heavily exposed to diesel exhaust were between three and seven times as likely to die of lung cancer as those who experienced the lowest exposure.

The new UA study will compare exposures and toxicities from two alternative fuels — renewable diesel and a natural gas-diesel mixture called GDiesel — that are candidates for reducing particulate emissions in some vehicles.

"What's needed at this point is to see whether this reduction in emissions is true across many different types of mining vehicles, and also to see whether these reduced emissions equate to the improved health of miners," said Jeff Burgess, associate dean of research and professor in the UA's Mel & Enid Zuckerman College of Public Health.

Previous research by Burgess and others found earlier alternative fuels consisting of biodiesel blends reduced exposure to particulates but not to toxic lung effects.

"The question that we always had was whether that reduced amount of particulate actually meant that the emissions were safer for the miners," he said. "And, in our previous work, we found that, even though there was a reduction in the particulates, the effects that we could measure on the lungs weren't any different than with the standard diesel."

For the new project, researchers plan to conduct tests with industry partners and under more controlled conditions in the UA San Xavier Underground Mining Laboratory, where the biofuels study took place.

Burgess said today's newer diesel equipment and electrical machinery generally put out lower emissions. But until companies retire older equipment, it is important to understand how alternative fuels can improve health and safety in the mines.

"We need to make sure that these alternative fuels are both reducing exposures and also resulting in a healthier atmosphere for the miners."

Antarctic study yields new information for climate change models UA physicist says many subatomic breakthroughs to come US, Arizona life expectancy fell, driven by deaths of younger people
By posting comments, you agree to our
AZPM encourages comments, but comments that contain profanity, unrelated information, threats, libel, defamatory statements, obscenities, pornography or that violate the law are not allowed. Comments that promote commercial products or services are not allowed. Comments in violation of this policy will be removed. Continued posting of comments that violate this policy will result in the commenter being banned from the site.