Often touted as safer than regular cigarettes, studies show that vapor released by the devices is not "just water." by Emmalee Mauldin, AZPM Tweet 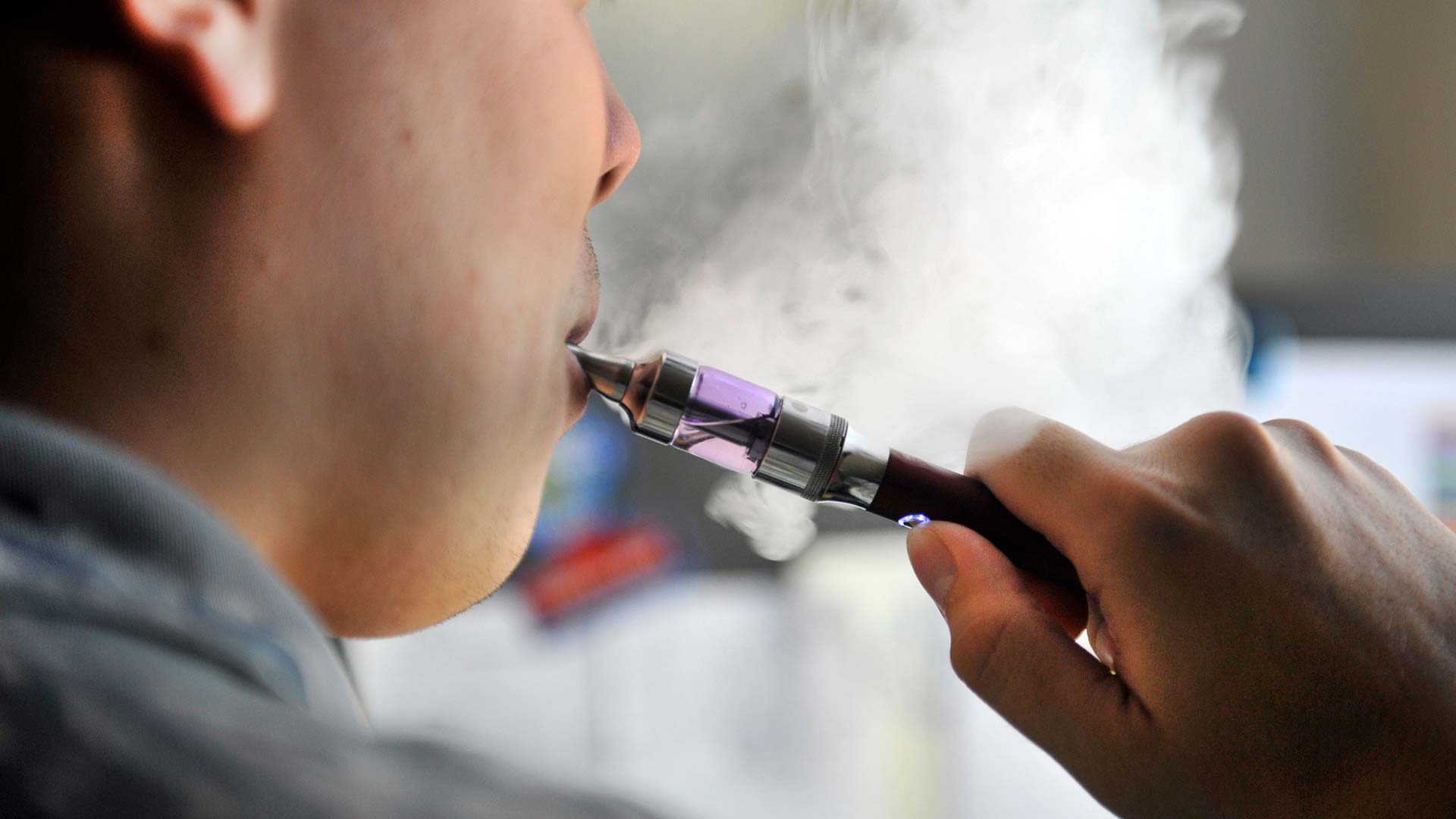 As Arizona and other states consider legislation to limit the sale and use of e-cigarettes, researchers at the University of Arizona and elsewhere are urging caution regarding the potential danger of secondhand vapor from the devices.

E-cigarettes are often touted as a safer alternative to regular cigarettes. But studies show that the vapor released by e-cig users is not “just water,” as e-cigarette companies advertise.

That secondhand vapor can contain remnants of nicotine, particulate matter, heavy metals and other toxic chemicals known to cause cancer, according to research at the University of California, San Francisco .

Judith Gordon is a professor and interim associate dean for Research in the UA College of Nursing. She was on the E-Cigarette Policy Review Taskforce at the University of Arizona and has studied tobacco usage and cessation.

Gordon explained that while smoke from regular cigarettes goes up and out once released, the vapor from e-cigarettes is heavier than the air and sinks to the ground. This can cause problems for families with children and pets who are lower to the ground where the vapor is settling.

For many people who have smell sensitivities or allergies, there can be adverse effects from the vapor. Common side effects are headaches and nausea, but can also cause respiratory distress and disease, according to a study from UC Riverside.

With the use of e-cigarettes on the rise, many states are banning the use of electronic smoking devices in areas designated as “smoke free.”

“I think there's a lot of misperceptions around vaping — that it's harmless. And the more we learn about it and the more we know and the more that we can educate people who are vaping about the potential harms to themselves and others of the product," Gordon said.

If you’re hoping to avoid the vapor from e-cigarettes, Gordon advises the public to ask others to not vape around them or to leave areas where people are vaping.

UA prepares for COVID and monkeypox Two-thirds of Arizona has high COVID transmission rates County Mental Health Support Team is Greenlit by Cochise County Supervisors
By posting comments, you agree to our
AZPM encourages comments, but comments that contain profanity, unrelated information, threats, libel, defamatory statements, obscenities, pornography or that violate the law are not allowed. Comments that promote commercial products or services are not allowed. Comments in violation of this policy will be removed. Continued posting of comments that violate this policy will result in the commenter being banned from the site.