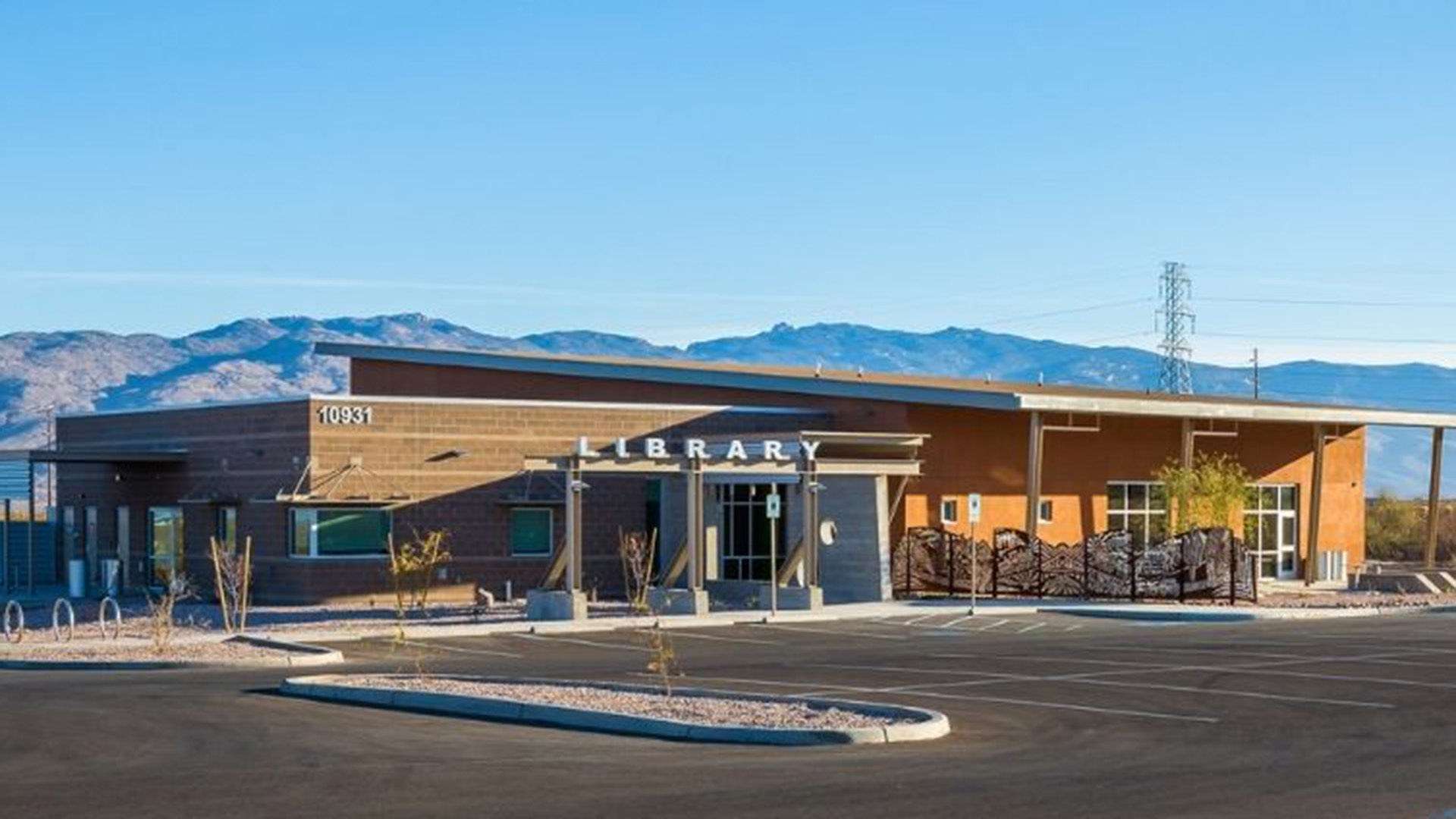 The W. Anne Gibson-Esmond Station Library is near Empire High School and connects to the trailhead at Esmond Station Regional Park.

Karyn Prechtel-Altman is the deputy director of public services and community engagement for the Pima County Public libraries. She said the new library was designed to bring in a sense of community and sports detailed cut-steel scenes of Vail's history.

"It's a really large community and they've been pining for a library, justifiably, for decades," Prechtel-Altman said.

She said a county-wide bond to build the library didn't pass in 2015 so the community started advocating for the library and the library system started saving.

"On Tuesday, we actually had some people picking up some books and returning books, and people can place reserves now and pick them up. We're already seeing people come to the doors," Prechtel-Altman said.

The W. Anne Gibson-Esmond Station Library brings the number of libraries in the Pima County Public Library system to 27.

The library is named after W. Anne Gibson, who the Pima County Public Library system calls a "tireless champion" when it came to bringing a library to the area.

The reporter and W. Anne Gibson are not related.

Sahuarita breaks ground on new food bank TUSD prepares to reopen, but number of students remaining online is unclear Local officials discuss changes to prosecution, police funding
By posting comments, you agree to our
AZPM encourages comments, but comments that contain profanity, unrelated information, threats, libel, defamatory statements, obscenities, pornography or that violate the law are not allowed. Comments that promote commercial products or services are not allowed. Comments in violation of this policy will be removed. Continued posting of comments that violate this policy will result in the commenter being banned from the site.