The university has collaborated with institutions in Mexico for decades, and the law school wants to build new programs. by Rodrigo Cervantes, Fronteras Desk TWEET SHARE 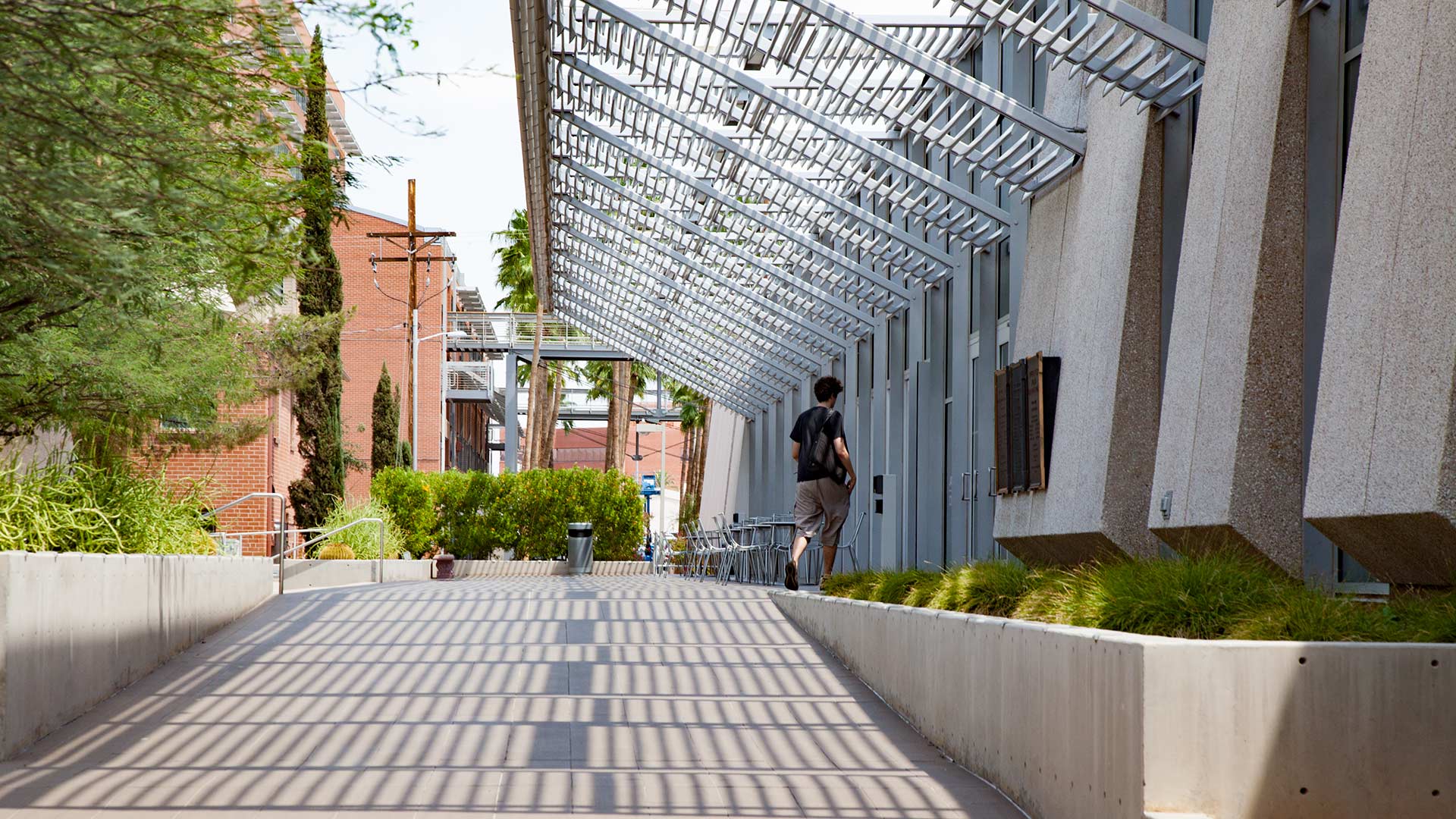 The entrance to the James E. Rogers College of Law on the University of Arizona campus.
Nick O'Gara/AZPM

MEXICO CITY — A protracted fight over President Trump’s push for a border wall has raised political tensions with Mexico. But some U.S. institutions are still betting on partnerships with their southern neighbor, including one Arizona school that wants to keep training Mexican diplomats.

The University of Arizona has held joint activities with Mexican universities and institutions for decades. And its law school wants to keep it that way and build new programs.

Marc Miller is dean at the University of Arizona’s College of Law. He visited Mexico City to promote continuous partnerships, which he considers critical for the institution and its students.

The law school’s projects include a training program for Mexican diplomats. The UA committee met with leadership from the recently inaugurated government of Mexico hoping to continue with the program.

“The current political battles and disputes in the U.S. and the current negotiations or tensions to the extension that they are in the news between the U.S. and Mexico are irrelevant and do not come up in our conversations. These are partnerships for the long haul,” said the dean.

UA ready to have all purchased renewable power in May Body-positive initiative grows at UA Arizona taps Gonzaga's Tommy Lloyd to lead men's basketball team
By posting comments, you agree to our
AZPM encourages comments, but comments that contain profanity, unrelated information, threats, libel, defamatory statements, obscenities, pornography or that violate the law are not allowed. Comments that promote commercial products or services are not allowed. Comments in violation of this policy will be removed. Continued posting of comments that violate this policy will result in the commenter being banned from the site.