But the country admits its refugee agency is struggling to keep up with the increasing number of asylum applications. by Kendal Blust, Fronteras Desk Tweet 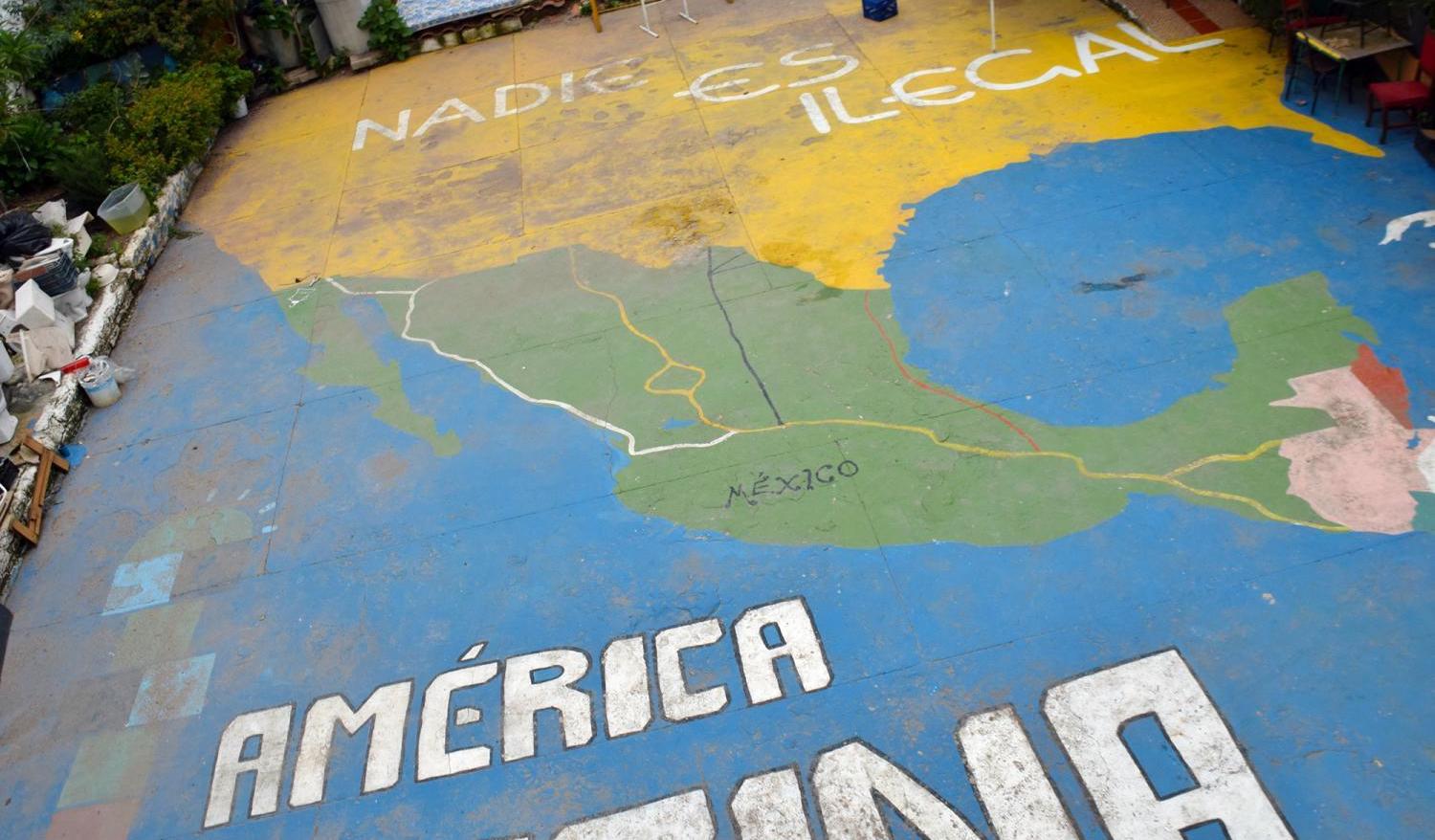 A map of North and Central America on the patio outside the El Refugio migrant shelter in Guadalajara, Mexico, says "Nobody is illegal."
Kendal Blust/KJZZ

The number of people applying for refuge in Mexico last year reached a historic high. But the country admits its refugee agency is struggling to keep up with the increasing number of asylum applications.

Last year, 131,448 people applied for asylum in Mexico. That’s 87% higher than the previous record set in 2019, according to Andrés Ramírez, head of Mexico’s refugee commission (COMAR).

For the first time, asylum seekers from Haiti made up the largest portion of applicants.

The increase in asylum applications comes as Mexico has ramped up immigration enforcement to prevent migrants from reaching the United States, and the U.S. continues to enforce hardened asylum policies.

However, Mexican leaders acknowledge the refugee commission is under-resourced for the increased demand.

"COMAR needs more personnel and it needs a greater budget," Foreign Secretary Marcelo Ebrard said during a press conference last month, adding that Mexico as receiving assistance from the United Nations to improve its asylum system.

Nearly 52,000 Haitians applied for asylum in Mexico this year — nearly 800 times as many as sought refuge in the country in 2020. Ramírez said on social media that significant increases in asylum applications from Chile and Brazil included large numbers of children of Haitian asylum seekers who had previously migrated to those countries. Many Haitians are seeking asylum as their country faces political and economic turmoil and repeated natural disasters.

People fleeing violence and poverty in Honduras made up the second highest number of asylum seekers in Mexico in 2021, followed by those from Cuba, as well as other parts of Central and South America.

Supreme Court wrestles over state challenges to federal immigration policy Missing Migrant Program Summit brings awareness to risk of migrant deaths For Art's Sake
By posting comments, you agree to our
AZPM encourages comments, but comments that contain profanity, unrelated information, threats, libel, defamatory statements, obscenities, pornography or that violate the law are not allowed. Comments that promote commercial products or services are not allowed. Comments in violation of this policy will be removed. Continued posting of comments that violate this policy will result in the commenter being banned from the site.