Mexican president marks 1 year since election amid concerns over administration

Critics say measures of crime and the economy suggest there is little to celebrate. by Rodrigo Cervantes, Fronteras Desk TWEET SHARE 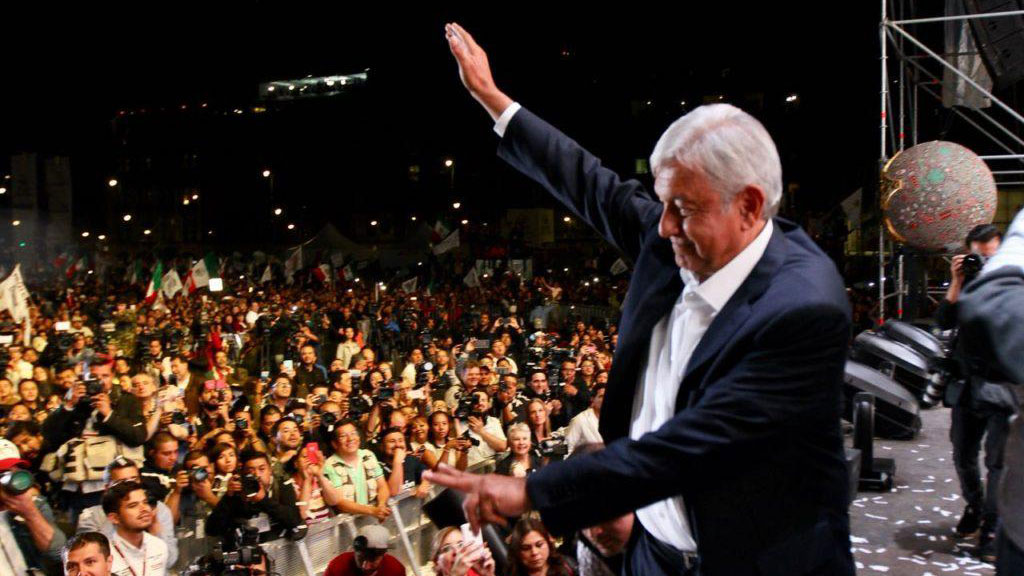 MEXICO CITY — July first marks the first anniversary of the election of Andrés Manuel López Obrador as president of Mexico. And he’s planning a big party, despite concerns over how his administration is dealing with the country.

He said the party will include mariachis and dancing and promised the celebration will be used to explain his government’s progress.

“This is a classical expression of populism; I mean, it makes no sense,” said José Fernández Santillán, a political science researcher at Mexico City’s Tec de Monterrey College.

Critics and analysts like him said AMLO has nothing to celebrate, as crime rates go up, while the economy goes down.

Santillán said AMLO has allowed the Trump administration to use him for immigration policies with trade threats.

“This is a problem! Now Mexico is involved in internal American politics,” Santillán said.

The researcher said AMLO hopes to prove with the event that his popularity is still high, despite deepening divisions among Mexicans.

Eds.: The headline for this story has been corrected to reflect that the events mark one year since López Obrador's election, not one year since he took office.

Amid impeachment din, Senate approves USMCA by wide margin Number of Mexicans granted work visas in the U.S. increases First migrants returned to Nogales, Sonora, under ‘Remain In Mexico’
By posting comments, you agree to our
AZPM encourages comments, but comments that contain profanity, unrelated information, threats, libel, defamatory statements, obscenities, pornography or that violate the law are not allowed. Comments that promote commercial products or services are not allowed. Comments in violation of this policy will be removed. Continued posting of comments that violate this policy will result in the commenter being banned from the site.