× CORONAVIRUS: The latest coverage and local resources regarding COVID-19 from the Arizona Public Media newsroom.
January 15, 2019 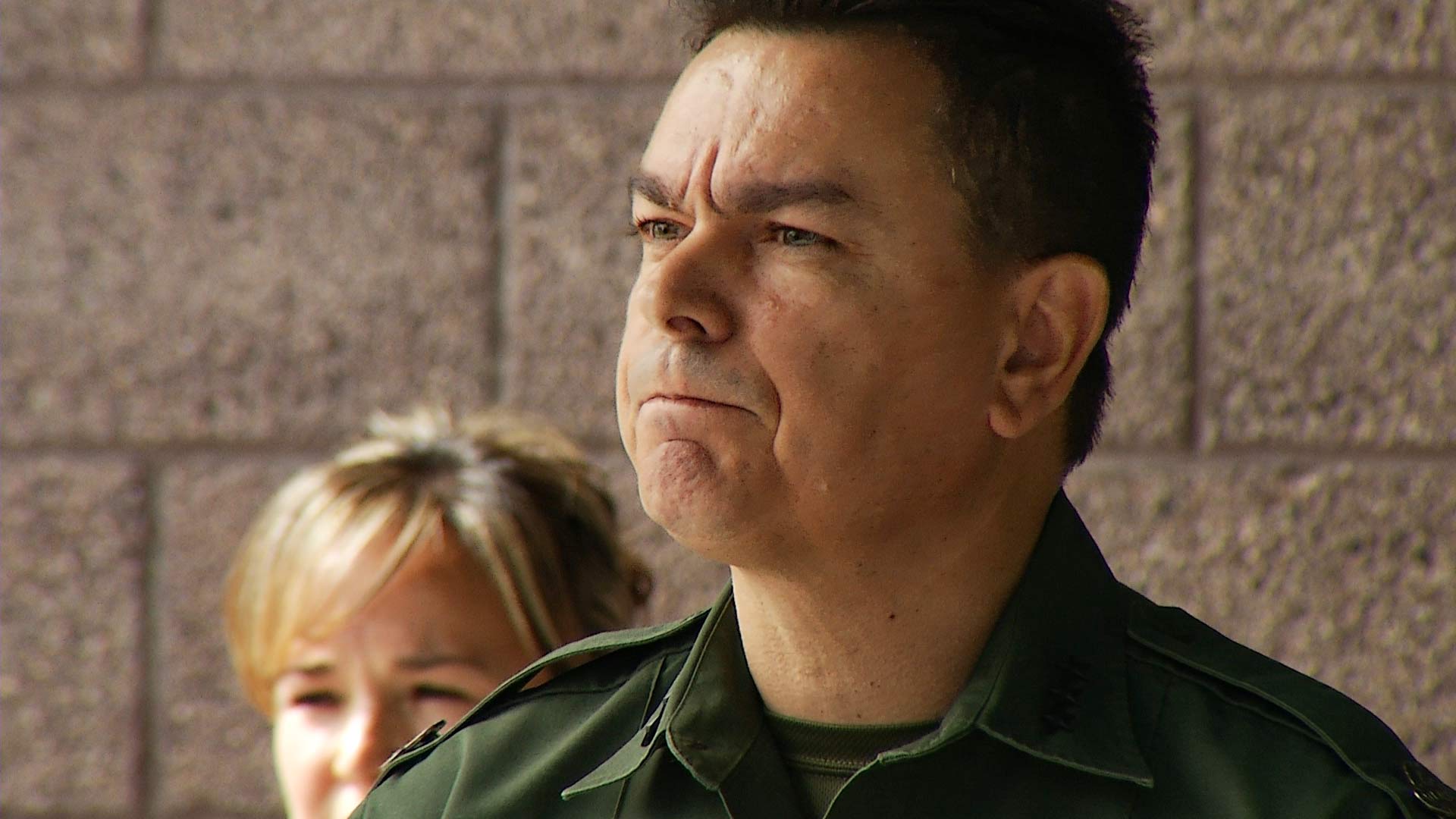 Border Patrol Tucson Sector Chief Rodolfo Karisch speaks to the media June 13, 2018 about a shooting that wounded an agent on the border near Arivaca the day before.
Galen McCaw, AZPM

The Border Patrol's Tucson Sector chief is being reassigned to Texas. Rodolfo "Rudy" Karisch has managed local operations since mid-2017.

In an interview with Arizona Public Media last summer, Karisch said control of the border is fragile, and the traffic pattern of migrants and smugglers is always changing.

"I think we've made tremendous efforts over the years here in Tucson, but the traffic can definitely come back," Karisch said.

"If you've looked at the dynamics of the border over the years I think the flow of traffic actually goes from one part of the border to the other. Years ago we had problems in El Paso that shifted of course to California then to Tucson then to the Rio Grande Valley, so we always have to be prepared for that," he said.

It's unclear who will replace Karisch as chief of the Tucson Sector.

You can see more of our June interview with "Rudy" Karisch here.

Understanding the Reasons Behind Concertina Wire in Nogales How Gov't Shutdown Over Border Security Impacts Arizona Border Patrol Tucson Sector Chief on Agency's Challenges
By posting comments, you agree to our
AZPM encourages comments, but comments that contain profanity, unrelated information, threats, libel, defamatory statements, obscenities, pornography or that violate the law are not allowed. Comments that promote commercial products or services are not allowed. Comments in violation of this policy will be removed. Continued posting of comments that violate this policy will result in the commenter being banned from the site.