× CORONAVIRUS: The latest coverage and local resources regarding COVID-19 from the Arizona Public Media newsroom.
February 18, 2020 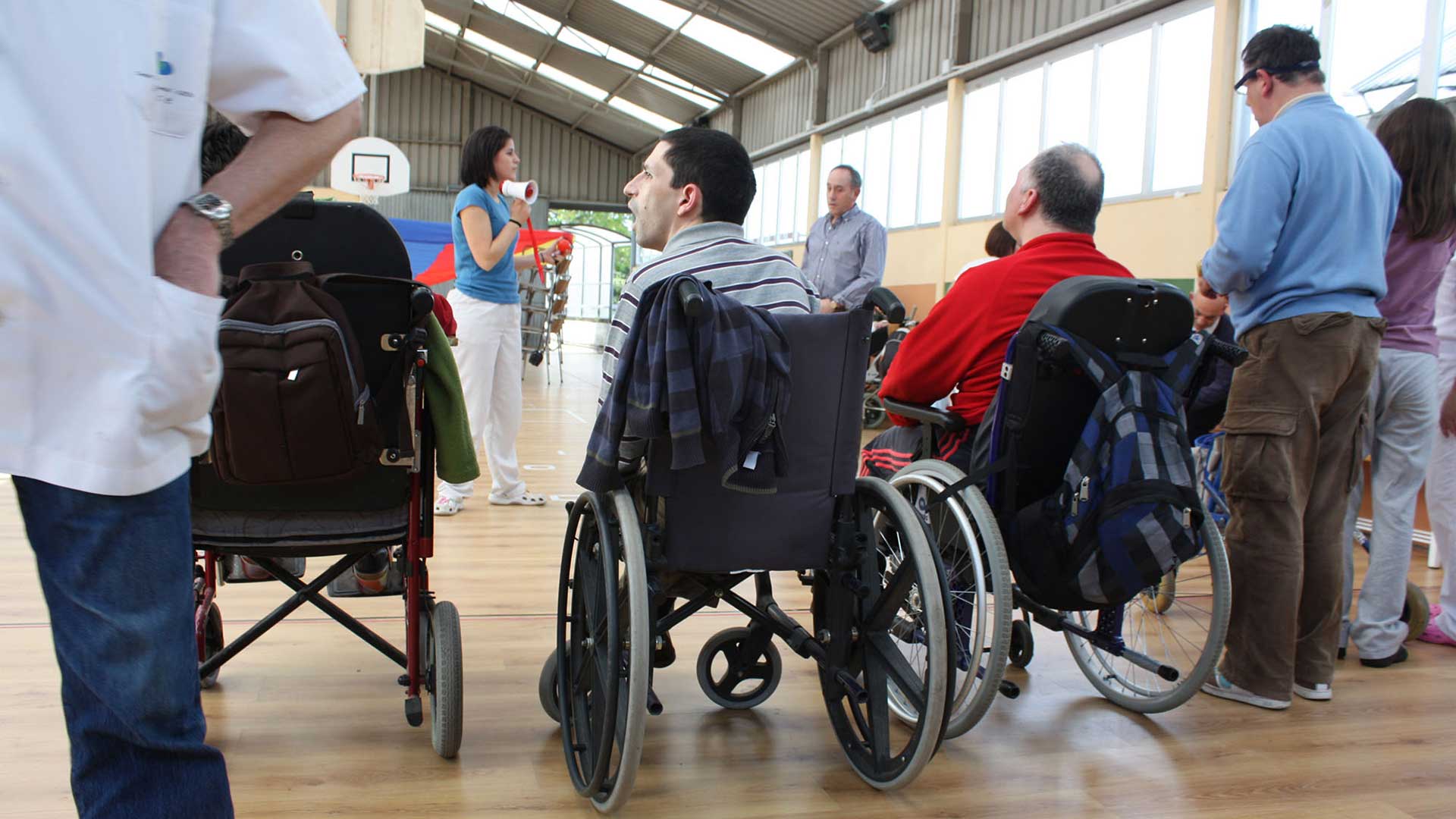 Advocates say caring for persons with intellectual or developmental disabilities is rewarding for workers but also demanding. “It’s not a minimum-wage job,” said one, but the pay is often barely above minimum wage, a new report says.
Bruno Sanchez-Andrade Nuño/Creative Commons

WASHINGTON – Arizona fared relatively well in a national report card on its level of care for people with developmental disabilities, but advocates fear those services are being threatened by low pay and high turnover rates for caregivers.

And Arizona is not alone. The 2020 edition of “Case for Inclusion” said states across the country face a caregiver “workforce in crisis,” with turnover rates just under 70% in one state.

Those problems are aggravated in Arizona, which had the smallest gap between the median wage for caregivers and the state’s minimum wage in 2017, the last year for which data were available.

“If you can make the same money at Whataburger or at Fitness Planet or something like that, most people, even the most well-intentioned that come into a nonprofit like ours, ultimately decide it’s not worth it,” said Jeff Bernick, CEO of the Center for Habilitation, a disability care facility in Tempe.

That financial challenge was the main finding of the annual report, which measures states in 53 different areas. The report looks at everything from worker pay to how many outside friends an intellectually disabled person has, how often they get to a church service or the dentist, or how much control they have over their own care.

Arizona's score score was a mixed bag in much of the report, earning mostly middle-of-the-pack results on a range of quality-of-life measures and on work integration for intellectually or developmentally disabled individuals.

Of the 20 states for which there was sufficient data on caregiver pay, Arizona ranked worst when it came to the gap between minimum wage and caregiver wage. But that did not make it the worst state for turnover and job vacancies among caregivers.

Sean Luechtefeld of the American Network of Community Options and Resources – which co-authored the report with Cerebral Palsy United – said “there isn’t a state in the nation where this isn’t a challenge.”

“When providers don’t have staff or when they are constantly dealing with turnover or tons of vacancies, it limits their ability to provide the Medicaid-funded long-term support and services that people with disabilities rely on,” Luechtefeld said.

Bernick said that can be a particular problem in the field, noting that autistic patients, for example, “don’t transition well” when faced with a constant rotation of caregivers. 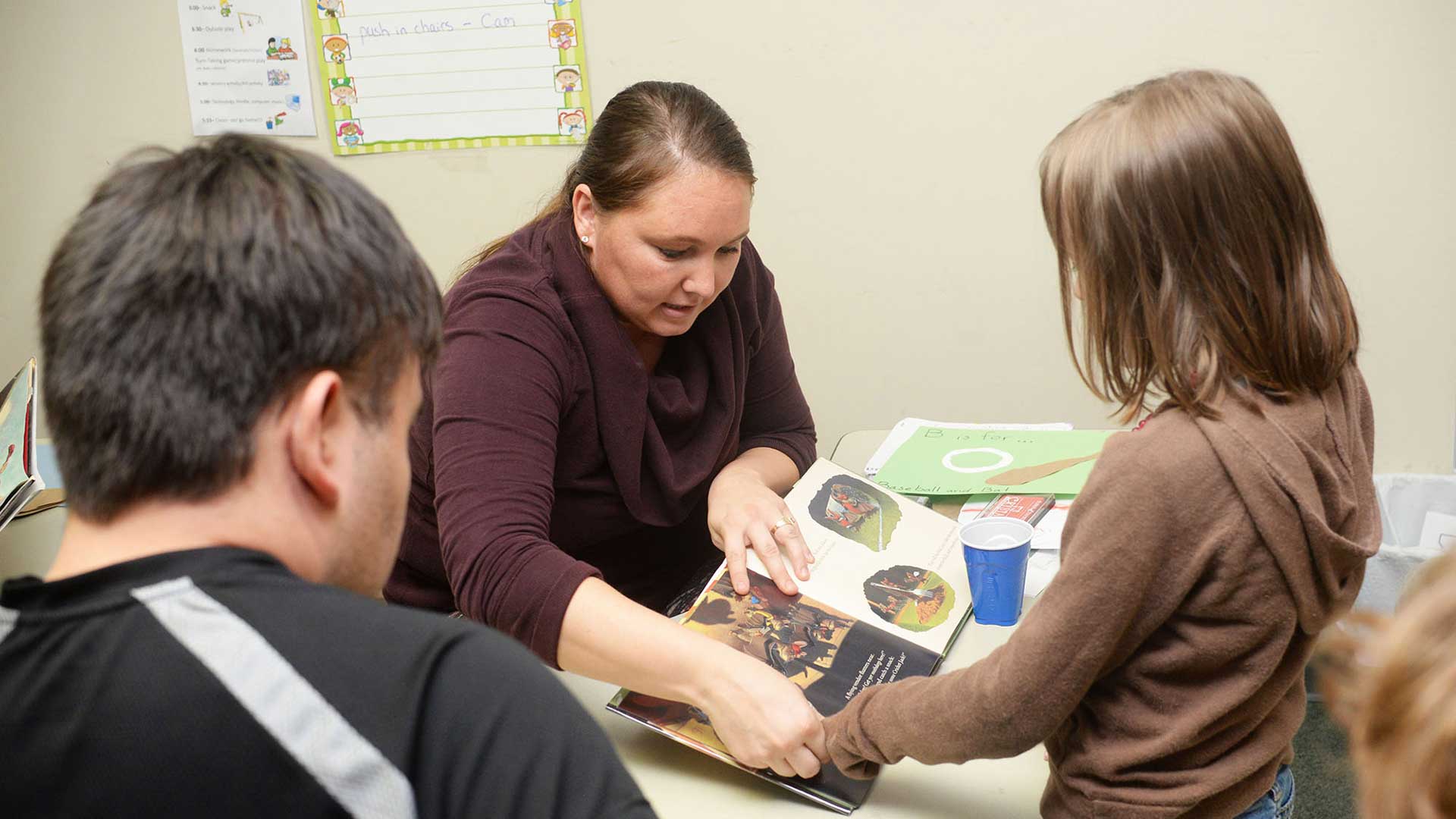 Arizona got middling scores in a recent report for its care of persons with intellectual and developmental disabilities, but the state was criticized – like every state in the report – for low pay for those workers that has created a “workforce in crisis.”
Reggie Sanders Foundation/Creative Commons

“If we don’t drop them off in the morning at the same time at the same door entering our building, that in and of itself may throw them off,” he said. “So you can imagine the impact of going to what is their home every day and perhaps seeing a new face every couple of weeks cooking them dinner or putting them to bed.”

Stuart Goodman, a lobbyist for the Arizona Association of Providers for People with Disabilities, said he has seen the problem in Arizona, citing two people’s stories he heard from at a stakeholder meeting.

“A woman gets up … she says, ‘My granddaughter has had 60 caregivers in the last three years, and as a result of that she’s no longer responsive to new people, her behaviors are getting worse,'” Goodman recalled.

“Right after her, a woman gets up, very eloquent, and basically says to grandma, ‘I’m jealous of you … my daughter has had no caregivers in the last three years,'” he said.

The report said the median wage for direct support professionals in Arizona was $11.24 an hour in 2017, compared to a national median of $12.09 an hour. It said providers’ “hands are tied” in terms of raising that pay, because state Medicaid programs determine how much money providers can request from the state.

Bernick said he has been asking the Arizona Legislature to increase Medicaid funding for years, but that the state tends to budget the minimum amount necessary to keep services like his open.

Advocates like Bernick say the work is rewarding, but it’s also demanding. The bottom line, he said, is caregivers just are not paid enough for the work they are doing.

“The reality is, it’s not a minimum-wage job,” Bernick said. “Supporting individuals with Down syndrome, cerebral palsy, autism, is very challenging.”

Goodman said Proposition 206, the ballot initiative that brought the state’s minimum wage to $12 an hour this year, hit the disability caregiver workforce hard.

“The system is just not sustainable at the current situation,” Goodman said. “It’s surviving now because the people who provide these services are quite amazing in their humanity.”

News roundup: Trump to hold rally in Tucson, counties clear marks for partial reopenings New state benchmarks mean bars, restaurants can stay open Hermosillo among hardest hit Mexican capitals economically during pandemic
By posting comments, you agree to our
AZPM encourages comments, but comments that contain profanity, unrelated information, threats, libel, defamatory statements, obscenities, pornography or that violate the law are not allowed. Comments that promote commercial products or services are not allowed. Comments in violation of this policy will be removed. Continued posting of comments that violate this policy will result in the commenter being banned from the site.