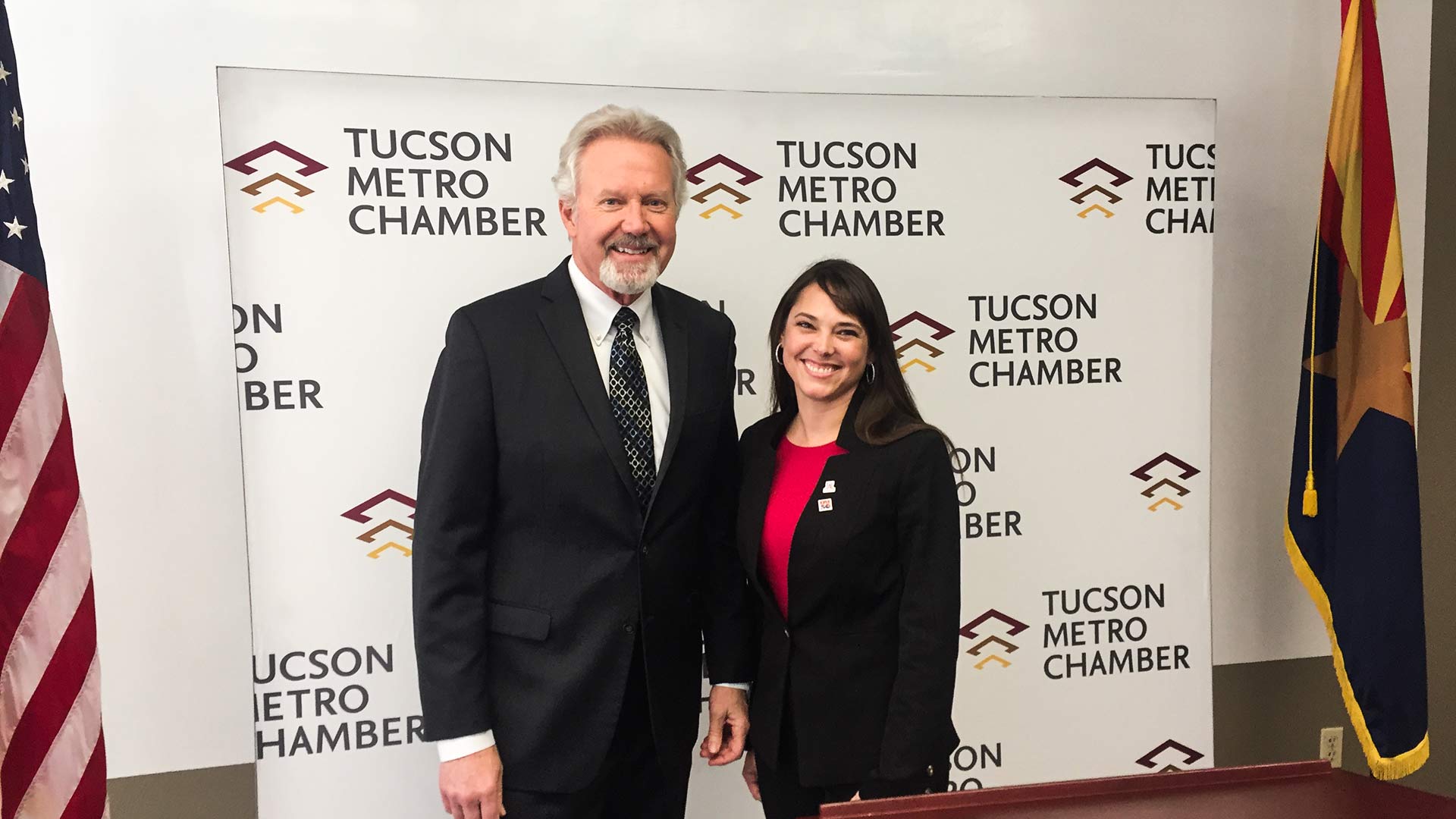 Amber Smith will spend her first day as president and CEO of the Tucson Metro Chamber of Commerce on Feb. 1, succeeding Mike Varney, who served in the position for almost seven years.

Smith, who hails from Texas, will be the first woman to fill that role. The first thing on her agenda, she said, is bolstering workforce development throughout Tucson.

"Were going to really strengthen that relationship between Pima Community College, who is working on their centers of excellence, and find out from them what it is they need from the business community," Smith said. "They're already satisfying those needs and have a plan, so I think it's important for us to get engaged and at the right place."

Smith previously led the Metropolitan Pima Alliance, where she advocated for planned growth and economic development in the region.

Hispanic Chamber President: Trade With Mexico Means 110K Arizona Jobs CEO of Tucson Metro Chamber Announces Retirement Tucson School Named Arizona's Top Charter for 2016
By posting comments, you agree to our
AZPM encourages comments, but comments that contain profanity, unrelated information, threats, libel, defamatory statements, obscenities, pornography or that violate the law are not allowed. Comments that promote commercial products or services are not allowed. Comments in violation of this policy will be removed. Continued posting of comments that violate this policy will result in the commenter being banned from the site.