Pima County is known for having many attractions such as Saguaro National Park and San Xavier del Bac Mission, and you can can also add Colossal Cave Mountain Park to the list since it also draws thousands of visitors each year.

This year the park is celebrating an important anniversary since the Civilian Conservation Corps completed what was known as the Colossal Cave Project in the 1930s.

Martie Maierhauser, the park's director and operator, says the CCC project was composed of elements such as the buildings, the tour route in the cave, the picnic areas and the pump house.

"They built everything basically. So we decided that this year we should really be celebrating the 75th anniversary in addition to recognizing the CCC," Maierhauser says.

The "CCC Museum Open House" will be held from 10 am until 3 pm at Colossal Cave Mountain Park, southeast of Tucson near Old Spanish Trail. 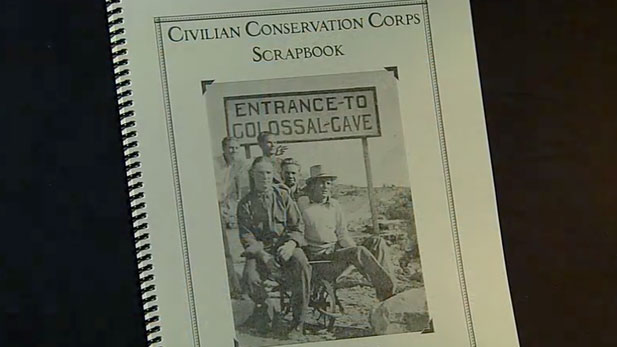 The Desert Blooms in a Bountiful Monsoon. Banner UMC opens new exam site for survivors of sexual violence UA welcomes largest incoming class yet
By posting comments, you agree to our
AZPM encourages comments, but comments that contain profanity, unrelated information, threats, libel, defamatory statements, obscenities, pornography or that violate the law are not allowed. Comments that promote commercial products or services are not allowed. Comments in violation of this policy will be removed. Continued posting of comments that violate this policy will result in the commenter being banned from the site.