Did Someone Heist the American Dream?

Southern Arizona documentary filmmaker addresses economic crisis by Tony Paniagua Tweet
TP speaks to the producer of "Heist: Who Stole the American Dream" which is a documentary about some of the top economic issues facing millions of Americans around the country. Some in the documentary are concerned that our democracy is being sold to the highest bidder, that the American Dream is disappearing, and that 400 wealthiest Americans own more than the bottom 150 million!

Tubac resident Frances Causey and other filmmakers have spent six years on a documentary that deals with some of the nation's most pressing economic problems, leaving millions of people worried over their financial futures.

Causey says "Heist: Who Stole the American Dream?" documents the culture of corporate greed that she says has influenced many politicians. For decades, she says, elected officials have been approving legislation that is ultimately good for corporations and the rich, but bad for the average American.

Today, she says, about 400 families have accumulated more wealth than the bottom 150 million earners in the United States.

However, she points out that many who benefit from government intervention and manipulation often talk about how government "gets in the way" of success in our capitalistic society.

Desert Sky Cinema in Green Valley/Sahuarita will screen the film at 11 a.m. Saturday and Sunday, and Causey will be on hand to answer questions afterward.

Her hope-oriented message to fellow Americans?

"There's a solution section in the film. We don't want to leave people thinking there are no solutions. The solution is with organization and understanding what's happened," she says. 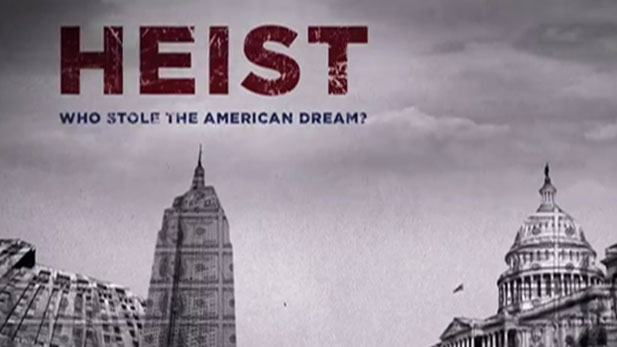 Documentary exploring death and disappearances along South Texas border comes to Tucson Arizona reports 3,234 new COVID cases, 10 deaths State Rep. Roberts abruptly announces resignation
By posting comments, you agree to our
AZPM encourages comments, but comments that contain profanity, unrelated information, threats, libel, defamatory statements, obscenities, pornography or that violate the law are not allowed. Comments that promote commercial products or services are not allowed. Comments in violation of this policy will be removed. Continued posting of comments that violate this policy will result in the commenter being banned from the site.