Calexico, other bands will play at Museum of Art, benefit community radio by Caitlin Harrington Tweet
Caitlin Harrington meets with Joey Burns of the musical group Calexico to talk about the third annual Festival in el Barrio with Calexico and Friends which will take place April 7 this time in the Presidio neighborhood of Tucson. (VIDEO: AZPM)

The annual Festival en El Barrio will move this year to accommodate a larger audience.

The festival is scheduled for April 7in El Presidio neighborhood near the Tucson Museum of Art. Tickets are on sale at Bookmans, Rialto Theatre and at the event.

Calexico and Grupo Fantasma will play, food vendors will be set up in the area, and ticket holders will be given admission to the Museum of Art to the Frida Kahlo photo exhibit now on display.

The festival will benefit KXCI, a Tucson community radio station.

"This is a radio station that plays music I listen to, and it is always nice to give back to a community which gives so much," says Joey Burns, singer and song writer with Calexico. 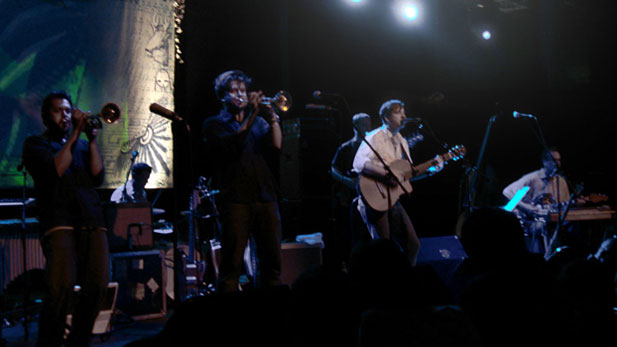 The Rogue Theatre presents "A White Heron". Chasing legends in the desert. The Desert Blooms in a Bountiful Monsoon.
By posting comments, you agree to our
AZPM encourages comments, but comments that contain profanity, unrelated information, threats, libel, defamatory statements, obscenities, pornography or that violate the law are not allowed. Comments that promote commercial products or services are not allowed. Comments in violation of this policy will be removed. Continued posting of comments that violate this policy will result in the commenter being banned from the site.