For many former inmates, the walk beyond bars can be tougher than it seems by Steven Riggs Tweet 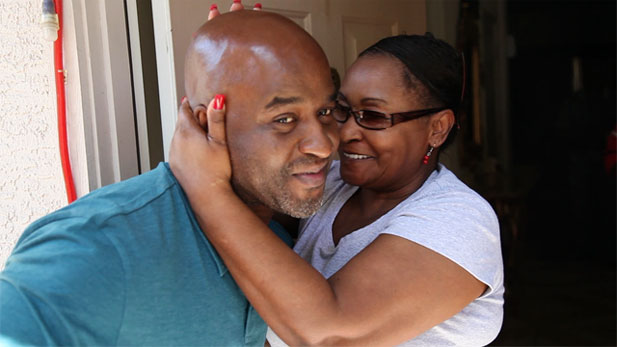 Inmate Aryon Williams, Jr. never thought he would be able to walk as a free man again. But five years after his conviction, new documents and a lawyer whose passion it is to help prisoners like Williams combined to give him a glimpse of hope and a new chance at life.

The man who would be living that life was a different one. Twenty-one years in prison, 14 of them in solitary confinement, had made it difficult for Williams to touch anyone.

"You get used to people not touching you," says Williams. "It takes a little bit to get used to."

The Phoenix metropolitan area has changed in those 21 years, in everything from its geography to people's fashions.

Apprehensive about these changes, Williams makes his way towards his first interaction with his family. Knowing that his mother is "clingy," he knows that this interaction will be difficult, but that it is something good.

A profile on Aryon Williams, Jr., a man who was released from death row in July 2011 after serving two decades behind bars.
MORE: Arizona, Arts and Life, News, Tucson

Man Executed for 6 Tucson Murders in 1990s The Desert Blooms in a Bountiful Monsoon. Documentary exploring death and disappearances along South Texas border comes to Tucson
By posting comments, you agree to our
AZPM encourages comments, but comments that contain profanity, unrelated information, threats, libel, defamatory statements, obscenities, pornography or that violate the law are not allowed. Comments that promote commercial products or services are not allowed. Comments in violation of this policy will be removed. Continued posting of comments that violate this policy will result in the commenter being banned from the site.