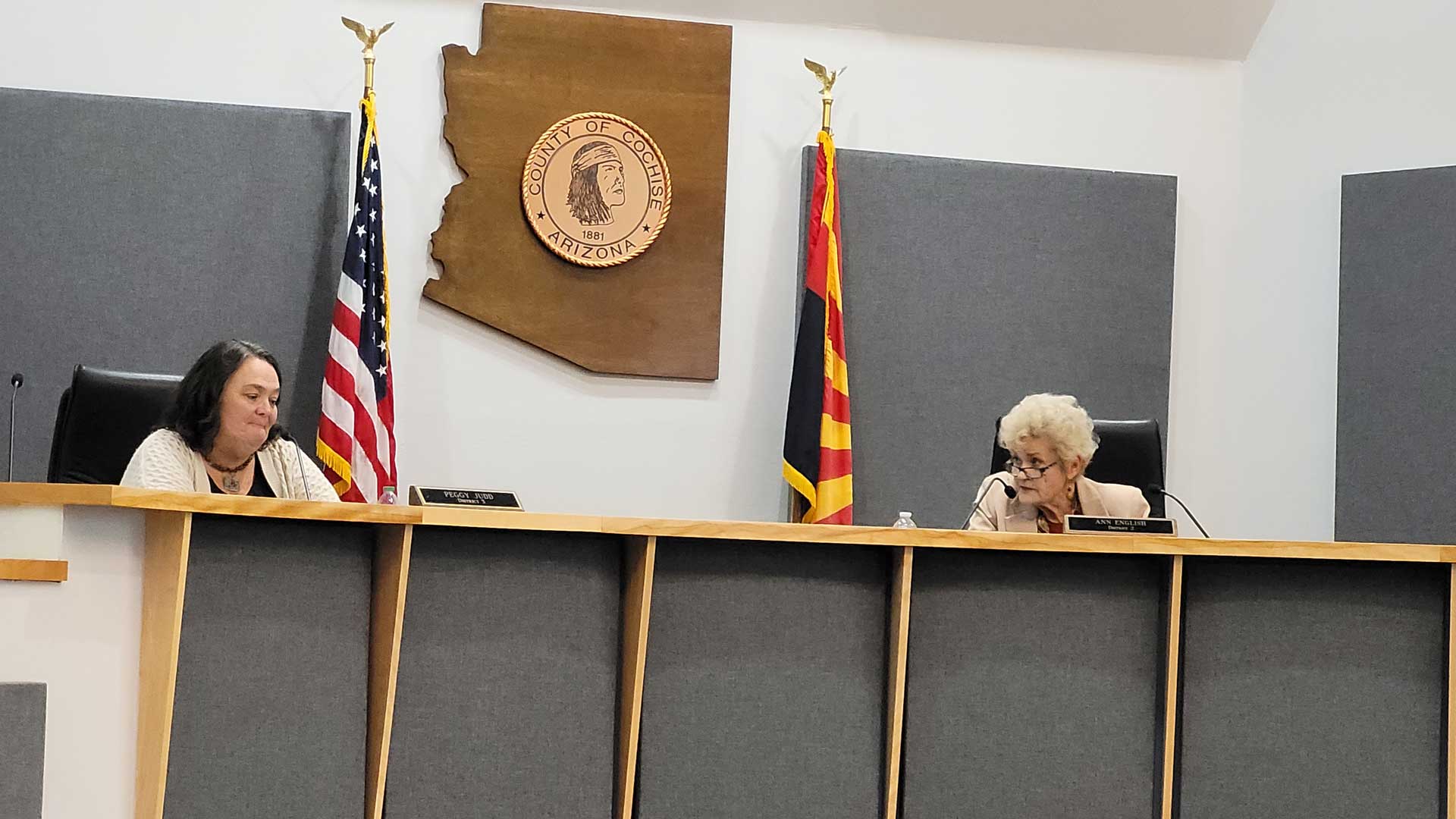 After weeks of heated debate, delay and discussion surrounding unfounded claims of election and voting machine fraud, the Cochise County Board of Supervisors voted 2-0 to certify the 2022 election results after a judge issued a court order for them to certify.

Supervisors Ann English and Peggy Judd voted in favor of certifying the results. Supervisor Tom Crosby was absent and did not vote on the matter.

“I am a rule of law person, but I have statutes in front of me that said something to me,” said Judd. “And I can’t say enough about how important this effort was that we made. And I am not ashamed of anything that I did. Today, I feel that I must because of the court ruling, and because of my own health and situations that are going on in our lives, I feel like I must follow what the judge did today.” 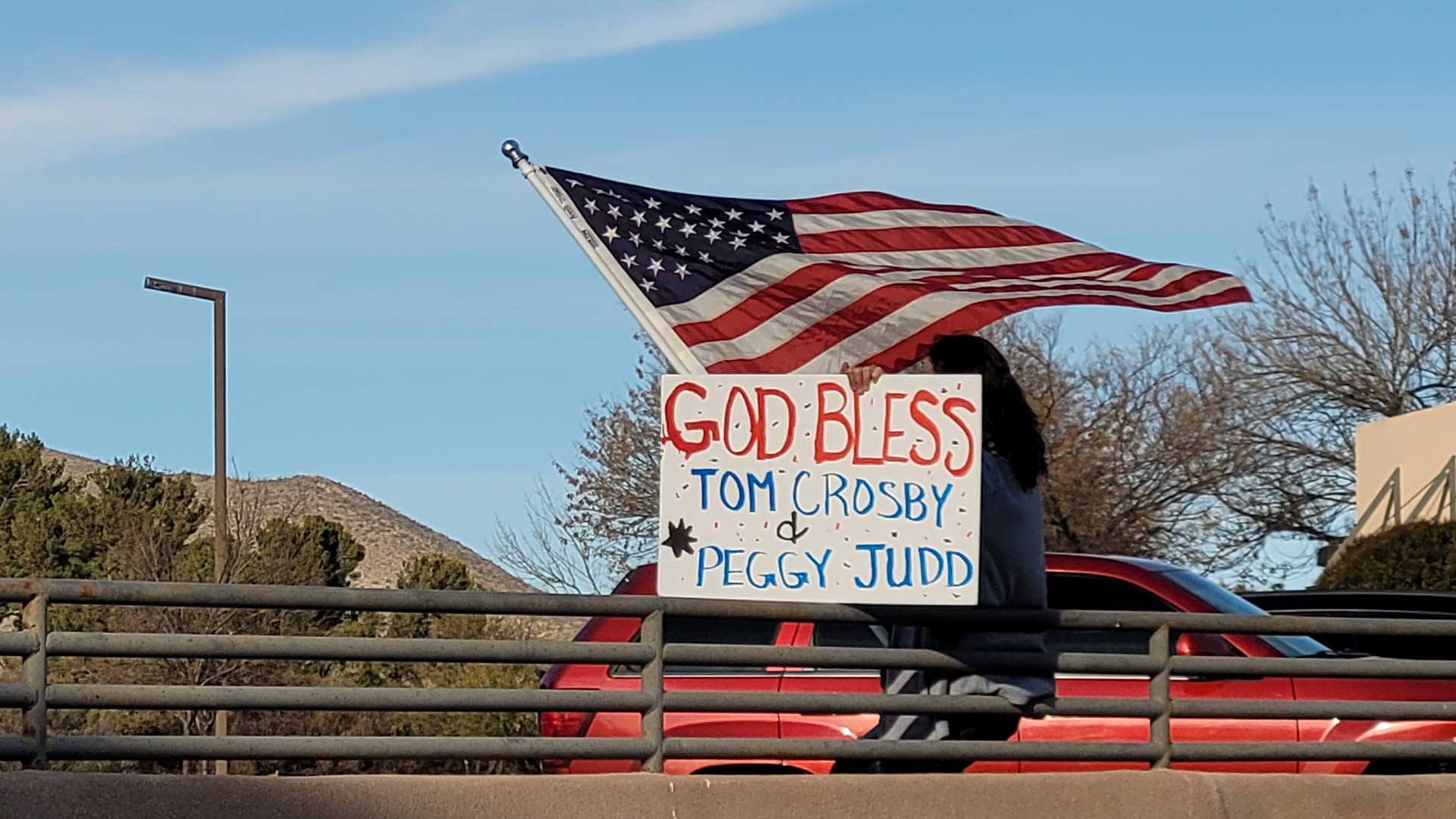 Crosby and Judd supporters murmured in disappointment that they’ll also keep fighting, while others said hallelujah.

English said that it was time to move on.

Pima Superior Court Judge Casey McGinley ruled in Thursday’s afternoon hearing that the Cochise County Board of Supervisors overstepped their legal authority by not certifying the 2022 midterm election by the Nov. 28 deadline.

He issued a court order for the board to certify the votes in an emergency meeting Thursday at 3:30 pm and for the certification to be complete by 5 p.m.

McGinley warned the board in the hearing at the Cochise County Superior Court that if the board failed to certify the results, they would be in contempt of court.

He added that the only exception made in that statute is if the county is missing results from a precinct, and in that case, the county can only delay certification for six days afterward. If those results aren’t found by the sixth day, the board of supervisors must certify without that precinct’s results.

Since the board of supervisors did not provide evidence of missing results from county precincts, and instead, said the reason for the delay was due to complaints that public comment was not allowed at the meeting where certification was originally supposed to take place, McGinley ruled that the board overstepped its legal authority.

The supervisors had secured legal counsel from McDaniel McCauley in an emergency meaning Thursday morning, but McCauley did not appear in court.

The board represented themselves Pro Se. Crosby asked the judge for a continuance of the hearing until Monday or Tuesday as requested by McCauley. But McGinley denied that request.

After certifying the results, the board also voted 2-0 to cancel the Dec. 2 special meeting, which was planned as a face-down between those who opposed certifying the election and a representative from the Arizona Secretary of State's office.

A group of four protesters stationed themselves outside the board of supervisors meeting room with two American flags and signs that said “God bless Tom Crosby and Peggy Judd,” while others jeered at journalists.

State leaders certify election results Recall petitions circulating for Cochise County supervisor Elections Director in Cochise County leaving
By posting comments, you agree to our
AZPM encourages comments, but comments that contain profanity, unrelated information, threats, libel, defamatory statements, obscenities, pornography or that violate the law are not allowed. Comments that promote commercial products or services are not allowed. Comments in violation of this policy will be removed. Continued posting of comments that violate this policy will result in the commenter being banned from the site.