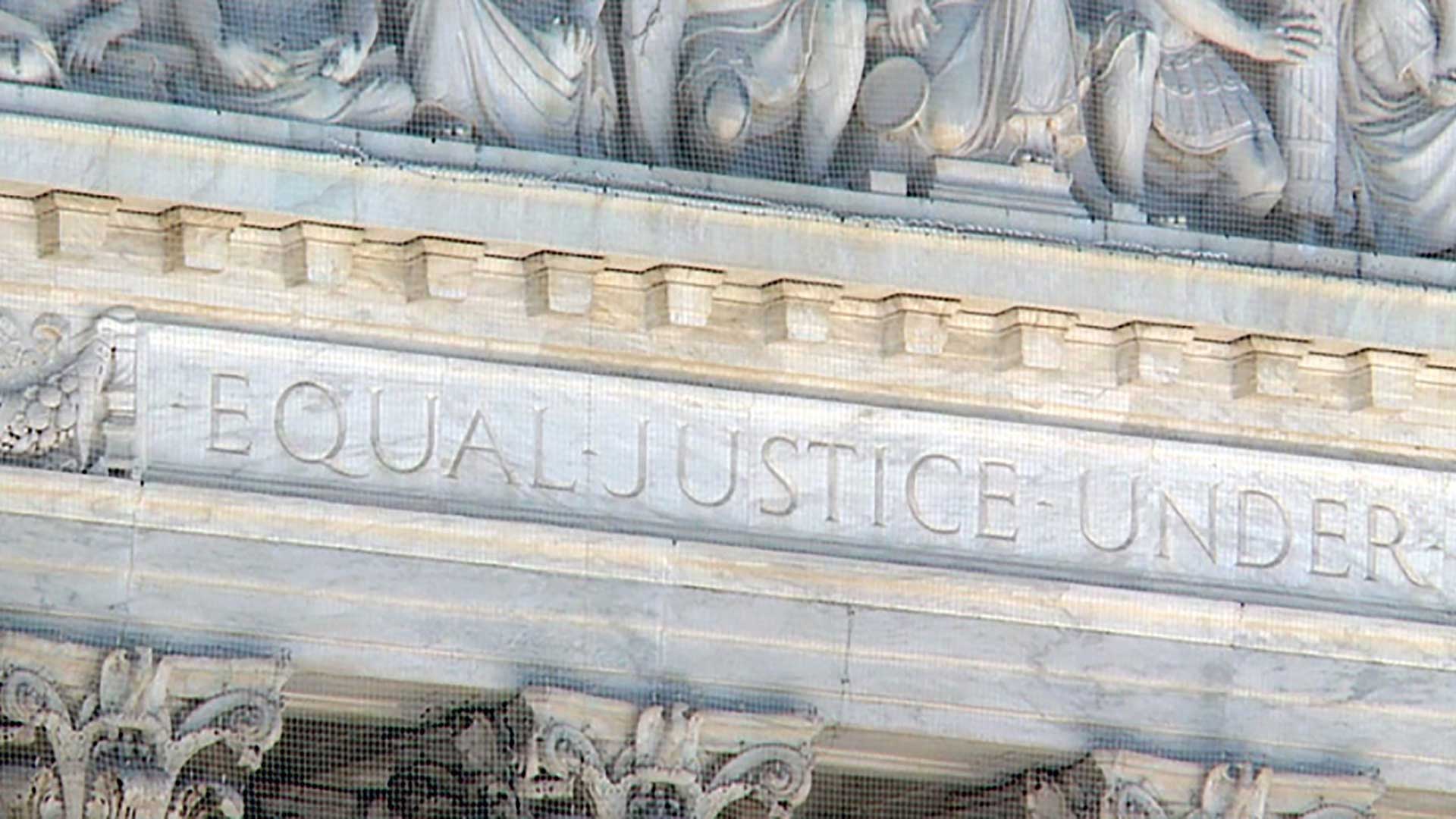 Just days after it ruled that a Mexican family could not sue the Border Patrol agent who shot from Texas and killed their son across the border, the Supreme Court on Monday ordered a lower court to reconsider its ruling that a Sonoran family could sue an agent for a similar shooting in Nogales.
Nathan O’Neal/Cronkite News

WASHINGTON – Advocates were not surprised but “truly heartbroken” Monday when the Supreme Court overturned a lower court that had said a Mexican family could sue a Border Patrol agent in Nogales who shot and killed their son in 2012.

The high court’s order followed its 5-4 ruling last week in a nearly identical case from Texas, in which the court said a Mexican family could not sue a Border Patrol agent in the 2010 shooting death of a Mexican teen.

The justices sent the Nogales case back to the 9th U.S. Circuit Court of Appeals with orders to reconsider it in light of last week’s ruling. Advocates for the family said they are not optimistic about the chances for the Nogales family to pursue a lawsuit once the case is reconsidered.

“If the Supreme Court and the justices are supposed to be the ultimate determiners of justice, what does this mean for the family members who experienced such terrible and tragic loss, yet they can’t find justice?” asked Vicki Gaubeca, director of Southern Border Communities Coalition.

Calls seeking comment from attorneys for the family and for the Border Patrol agent in the Nogales case were not immediately returned Monday.

The case began on Oct. 10, 2012, when Border Patrol Agent Lonnie Swartz, who was standing in Nogales, Arizona, fired across the border and hit José Antonio Elena Rodríguez, then 16, as he was walking down the street in Nogales, Sonora. Court documents say Swartz fired through the border fence between 14 and 30 times, hitting Rodríguez in the back 10 times.

Swartz said he was acting in self-defense in response to rock-throwing by Rodríguez– a claim the family denies – in an area known for drug smuggling. A federal jury in Tucson acquitted Swartz of involuntary manslaughter in the case.

But the Rodríguez family sued and in 2018, the 9th Circuit ruled that the family’s suit against Swartz could proceed. 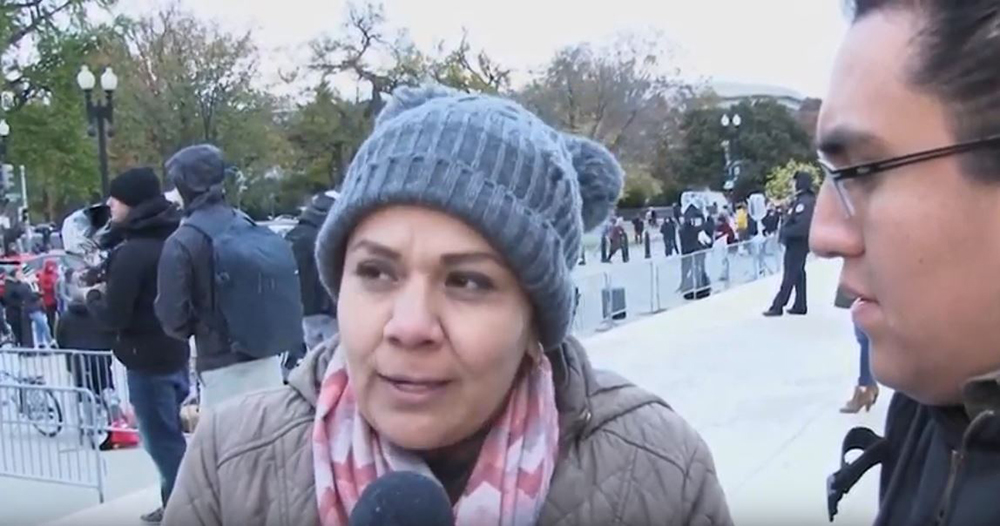 VIEW LARGER Araceli Rodriguez outside the Supreme Court in November. The court Monday ordered a lower court to reconsider its ruling that Rodriguez, a Mexican citizen, could sue the Border Patrol agent who fired across the border and killed her son in Nogales, Sonora, in 2012.
Heather Cumberledge/Cronkite News

While the Rodríguez case was being considered, a similar case in Texas was working its way through the courts.

In that case, the family of 15-year-old Sergio Adrián Hernández tried to sue Border Patrol Agent Jesus Mesa, who was standing in El Paso, Texas, when he shot and killed Sergio, who was in Ciudad Juárez. The 2010 shooting was reviewed by the departments of Homeland Security and Justice, which determined that Mesa acted appropriately and declined to charge him in the shooting.

The Supreme Court settled the issue last week, when it ruled that Congress has refused to allow such lawsuits in the past, and that courts should not take the place of lawmakers, particularly when international diplomatic issues are concerned.

“The 9th Circuit did the right thing and granted remedy under the Constitution to the family in the Rodríguez case,” Bidwell said. “Given that this decision was vacated, and the Supreme Court is now asking for a re-evaluation, it means that the 9th Circuit is likely to change its mind from its original opinion.”

Gaubeca said she has been worried about Monday’s order ever since the Supreme Court’s ruling in the Hernandez case last week.

“We are truly heartbroken in this sense because it feels as though what the Supreme Court is saying is that the Constitution doesn’t follow the bullet,” she said. “Because the bullets landed in Mexico it’s somehow out of the Constitution and that’s extraordinarily concerning for us because what does that mean for the family?”

Gregory Sisk, a law professor at the University of St. Thomas, who had filed a brief in support of the Hernández family in their case, said the families have few options going forward.

“The remedy that is available, which is a difficult one, I would certainly assume they would try to collaborate with the family in the Mesa case, would be to pass a private bill through Congress to find compensation,” Sisk said Monday.

Gaubeca said there could be a “truly a systemic problem” if Border Patrol agents are not held accountable under the ruling. She called for “some sort of administrative change that would reflect the fundamental core values of this country … even a statement saying that human life is paramount would be something.”

Arizona Supreme Court says anonymous juries constitutional For border communities, fallout of crossing restrictions lingers but opportunity remains Arizona executes inmate for 1984 killing of 8-year-old girl
By posting comments, you agree to our
AZPM encourages comments, but comments that contain profanity, unrelated information, threats, libel, defamatory statements, obscenities, pornography or that violate the law are not allowed. Comments that promote commercial products or services are not allowed. Comments in violation of this policy will be removed. Continued posting of comments that violate this policy will result in the commenter being banned from the site.