Honduras has become the top country of origin for migrants on the U.S.' southwest border. by Jorge Valencia, Fronteras Desk Tweet 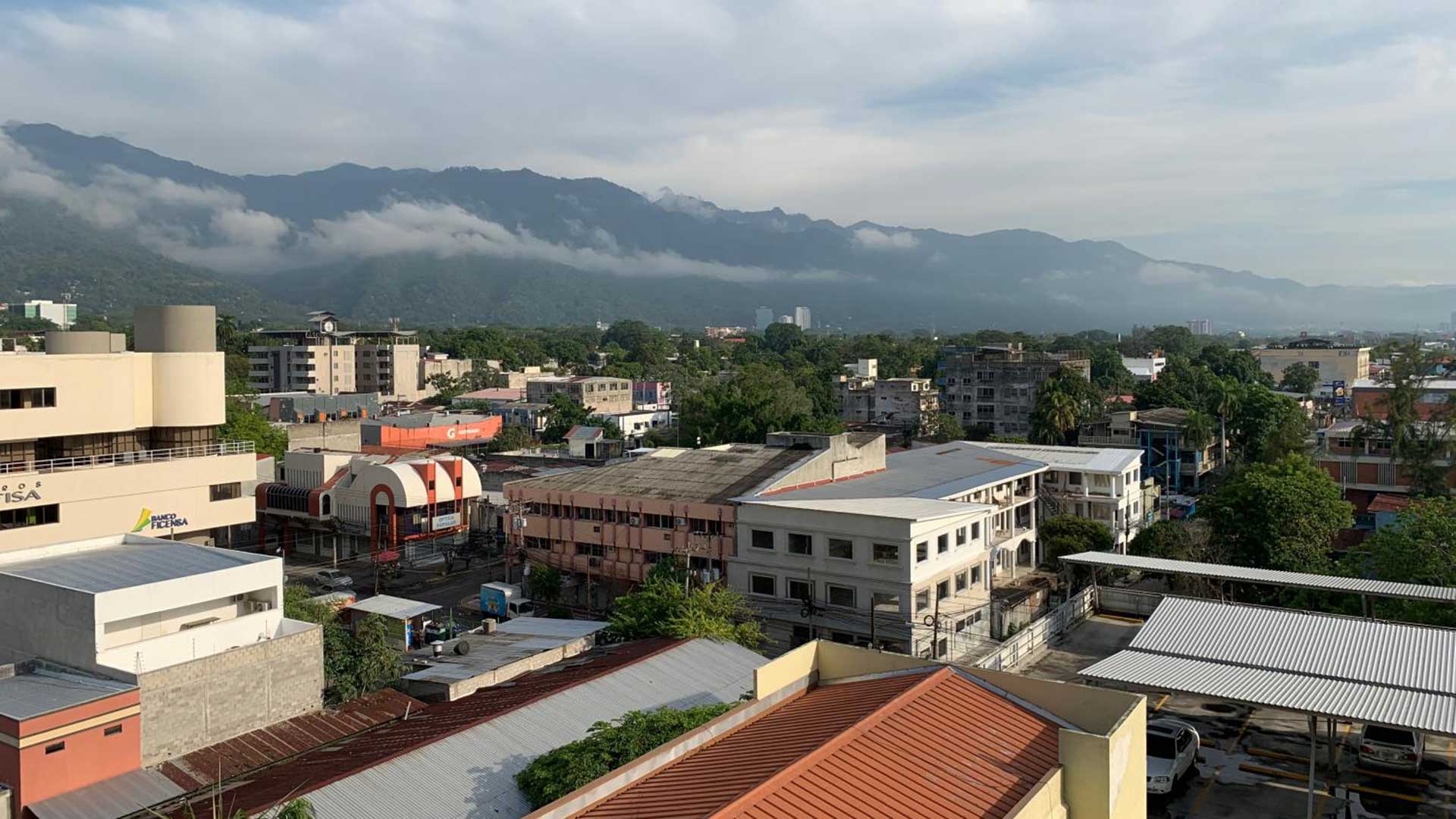 San Pedro Sula has a population of 700,000, the second-most populous city in Honduras.
Jorge Valencia/Fronteras Desk

The Fronteras Desk reporting team joined migrants as they traveled thousands of miles to reach the U.S. This multipart series put reporters on the ground in four countries to document the challenges migrants face on their trek through Central America, Mexico and the U.S. The journey began in Honduras.

Tracing the Migrant Journey I

Honduras is a country where, for the poorest and most vulnerable, it seems everyone has tried to migrate, has a relative who has migrated or at least knows someone who has migrated northward, looking for an opportunity to improve their lives.

In San Pedro Sula, a bustling city of some 700,000 where banana trade once propelled the economy and textile manufacturing still employs many, the remnants of that migration can be seen in its most economically depressed areas, where the streets are made of dirt and many houses on many blocks look like they've been hastily abandoned.

People’s reasons for migrating are complex and interconnected. 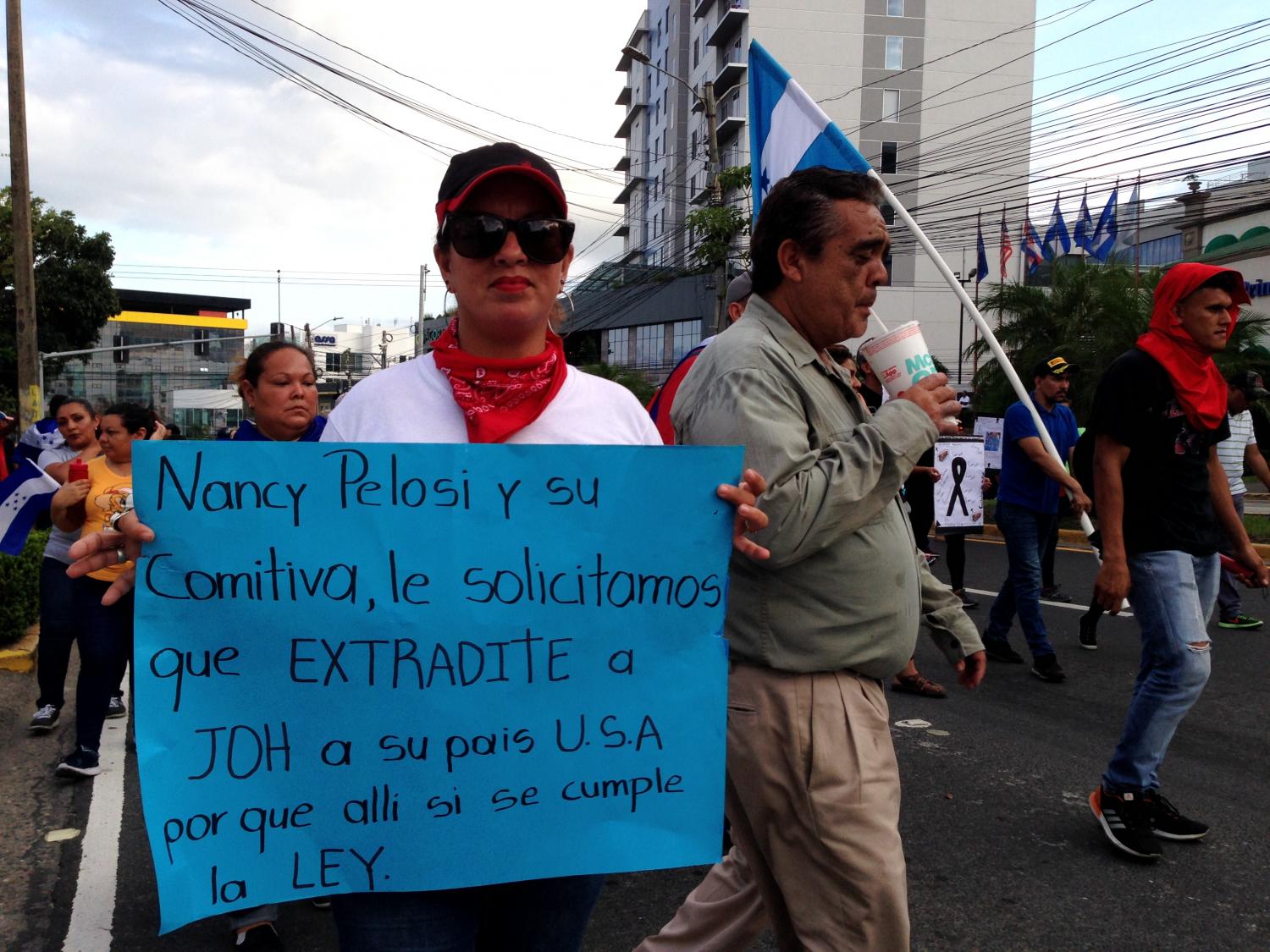 VIEW LARGER Ingrid Trochez, from the town of La Lima in northern Honduras, holds a sign asking U.S. House Speaker Nancy Pelosi, who made an official visit to Honduras on Aug. 10, 2019, to request the extradition of President Juan Orlando Hernandez.
Jorge Valencia/Fronteras Desk

President Juan Orlando Hernandez, at the peak of a wave of Honduran children arriving alone at the U.S. border in 2014, said the country’s young people were fleeing violent gangs who had taken a hold of large swaths of the country’s cities. And while many in San Pedro Sula say they want to flee gang violence, just as many say they want to leave because they can’t find steady work near their homes. 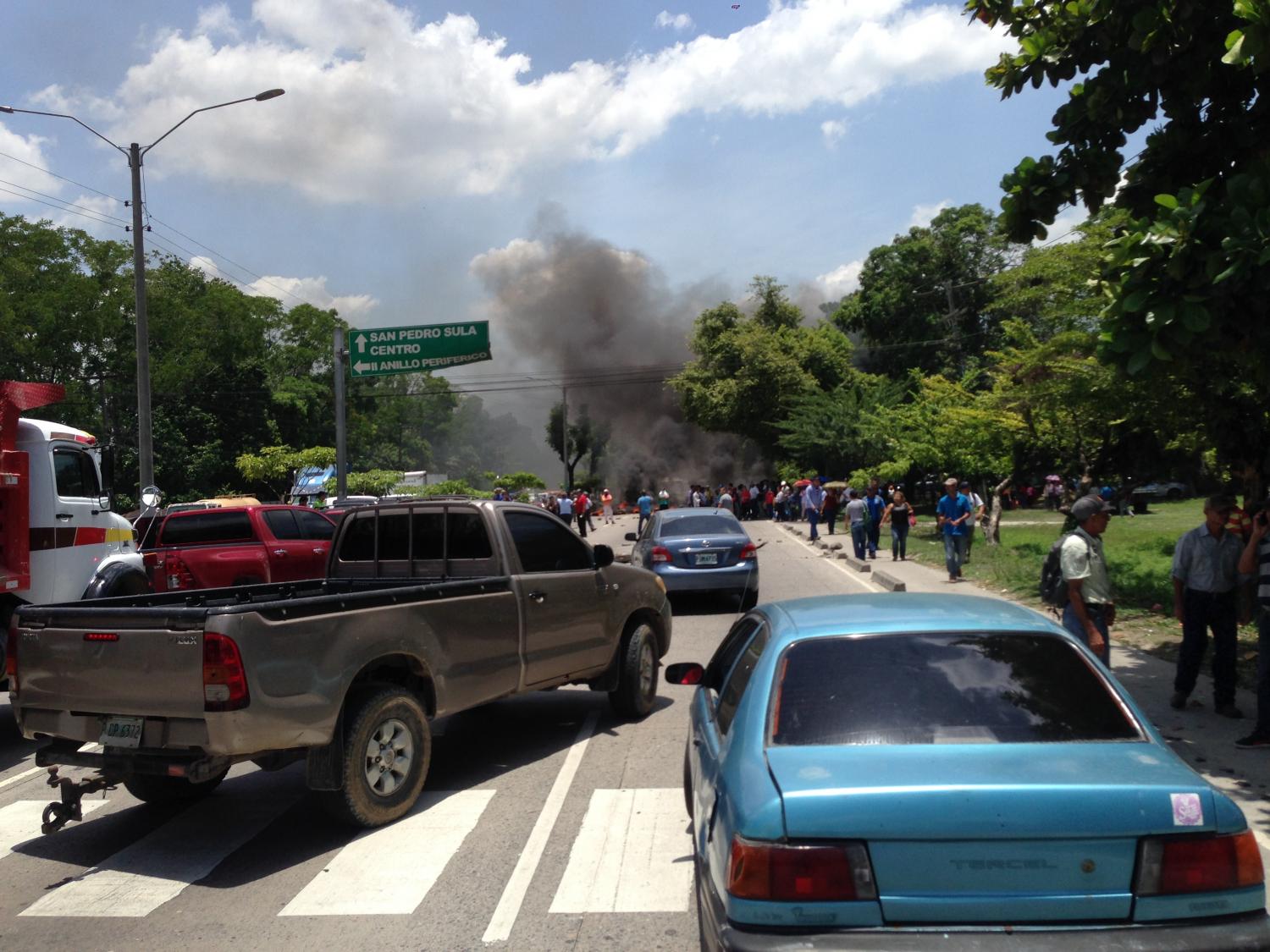 Simultaneously, thousands of teachers, doctors and university students have been taking to the streets since April on an almost daily basis, blocking major arteries in San Pedro Sula and the capital of Tegucigalpa, demanding the resignation of Hernandez, whose two elections were marred by claims of fraud and who is at the center of a U.S. Drug Enforcement Administration investigation in claims of “large-scale drug-trafficking and money laundering.”

Protesters blame the country’s poverty and migration on what they say is Hernadez’s grafting and corruption.

“We don’t want our friends and neighbors to leave. We want the president to leave,” said Jesus Chevez, a high school student at a recent march in downtown San Pedro Sula. 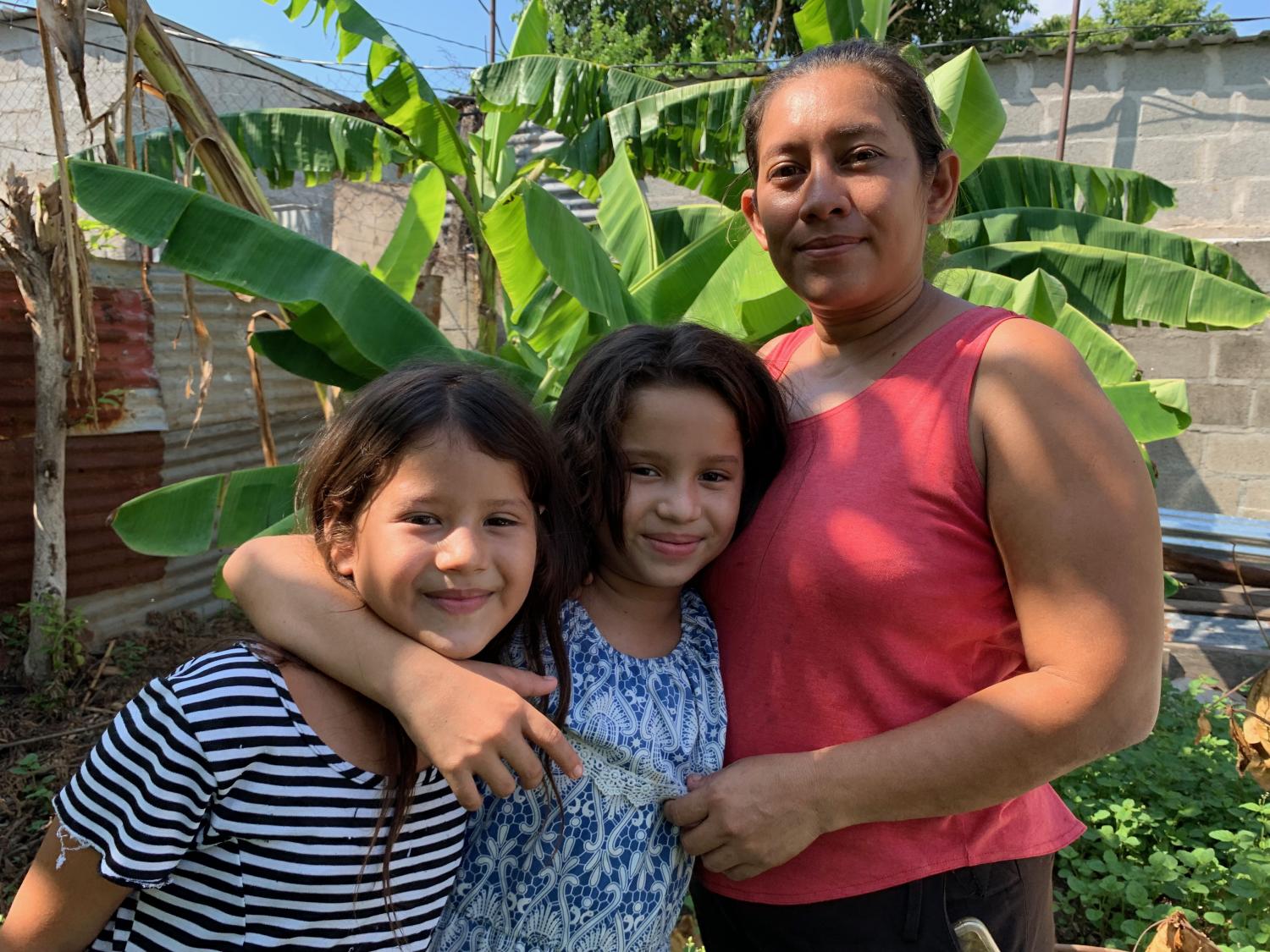 In the Fronteras Desk’s special report "Tracing the Migrant Journey," we looked at key points along the routes many migrants take by land to reach the U.S. And we begin in Honduras because it has become the top country of origin for migrants on the U.S.’ southwest border.

At least 285,000 Hondurans were detained trying to reach the U.S. in the past year, accounting for 47% of apprehensions in Mexico and 33% from the top four countries on the Southwest U.S. border, according to Mexican and U.S. government figures.

In San Pedro Sula, we meet recent migrants, future migrants who explain their reasons for leaving; a teacher and a lawyer who say migration is only a symptom of the country’s chronic ailments; and former President José Manuel Zelaya Rosales, whose overthrow by the military in 2009, according to many observers, triggered the country’s instability over the past decade.

Open Mic Night opens opportunities and cooperation in Sierra Vista The water came back How would the next secretary of state handle future elections? Look back to 2020
By posting comments, you agree to our
AZPM encourages comments, but comments that contain profanity, unrelated information, threats, libel, defamatory statements, obscenities, pornography or that violate the law are not allowed. Comments that promote commercial products or services are not allowed. Comments in violation of this policy will be removed. Continued posting of comments that violate this policy will result in the commenter being banned from the site.