Tucson reviving a stretch of the Santa Cruz River

Tucson Water is putting water back into the Santa Cruz River near downtown. by Ariana Brocious Tweet 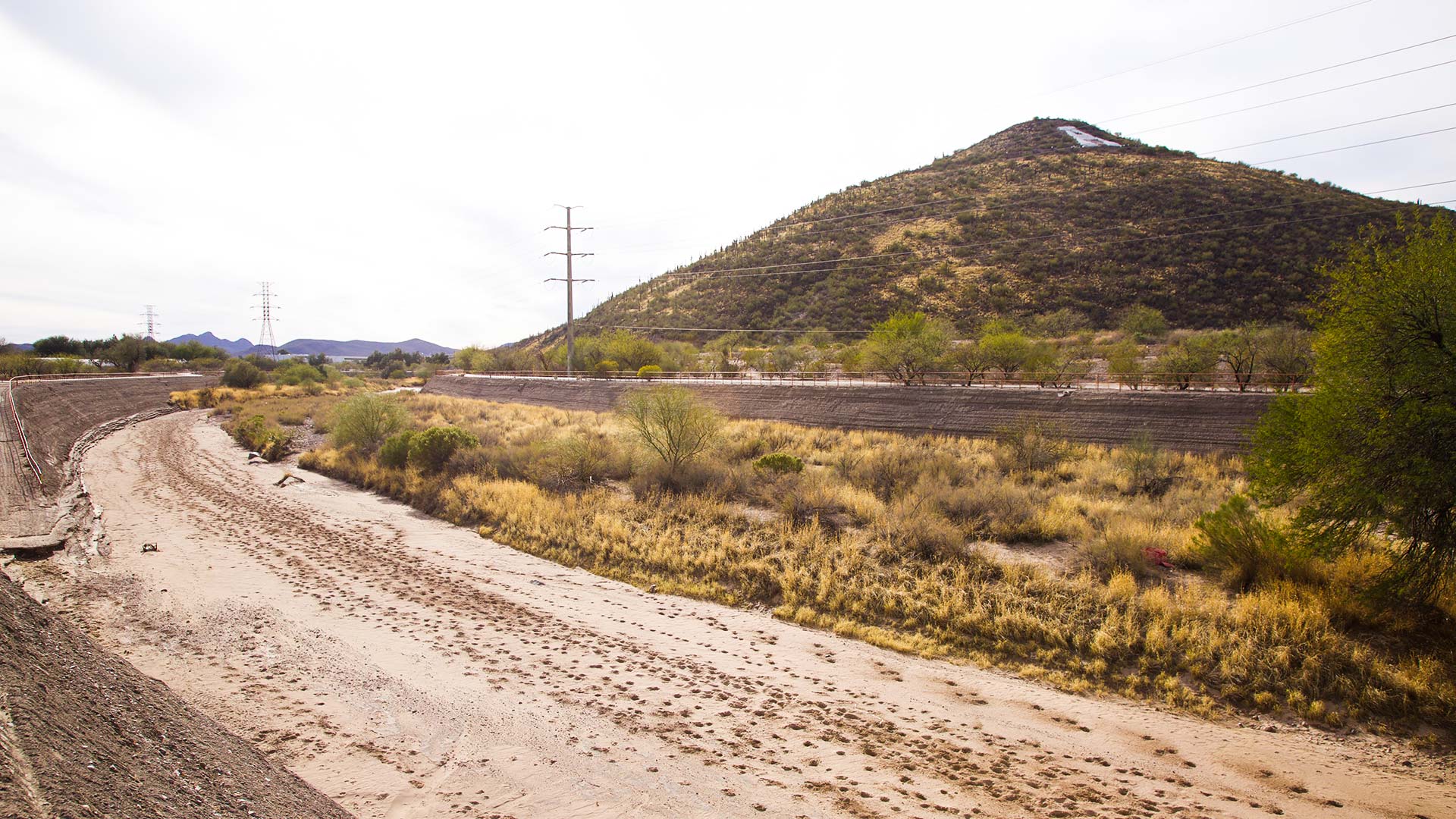 "A" Mountain, or Sentinel Peak, stands above the dry riverbed of the Santa Cruz River near Tucson's birthplace. Feb. 22, 2018.
Sara Hammond, AZPM

Tucson Water will put as much as 2.8 million gallons of reclaimed water daily into a stretch of the river south of Sentinel Peak, which was of major importance to earlier residents and area tribes. The city and county already release treated water into a lower stretch of the river near Marana.

James McAdam, a spokesperson for Tucson Water, said the project has practical benefits.

“We wanted to bring our recharge further upstream to increase our physical control of that water so we’re recharging the aquifer in our actual water service area,” he said. “It just worked out that our reclaimed system had available capacity and the pipes and everything in place in this area.”

But the city was also motivated by environmental benefits that will result from the project as well as complementing nearby cultural sites like the Mission Garden, McAdam said. “Being near the historic flow of the river and wetting a new stretch [is] going to add a lot more habitat for wildlife and more recreational opportunities.”

City hydrologists estimate the water will only flow for a mile or so. But its return to this stretch of the Santa Cruz is being celebrated by several groups, including the Hispanic Access Foundation, Watershed Management Group and Latino faith leaders. The city’s celebration will coincide with the annual El Dia de San Juan Festival, which marks the start of monsoon.

The Desert Blooms in a Bountiful Monsoon. Company to close pecan harvesting plant in southern Arizona The fascinating history of Mr. & Mrs. Neil, and their Mountain View Hotel.
By posting comments, you agree to our
AZPM encourages comments, but comments that contain profanity, unrelated information, threats, libel, defamatory statements, obscenities, pornography or that violate the law are not allowed. Comments that promote commercial products or services are not allowed. Comments in violation of this policy will be removed. Continued posting of comments that violate this policy will result in the commenter being banned from the site.