$20M From Border Wall GoFundMe Campaign Being Returned to Donors

Supporters of the president's wall failed to reveal to a Green Valley audience that the original plan to privately build a wall failed. by Nancy Montoya TWEET SHARE 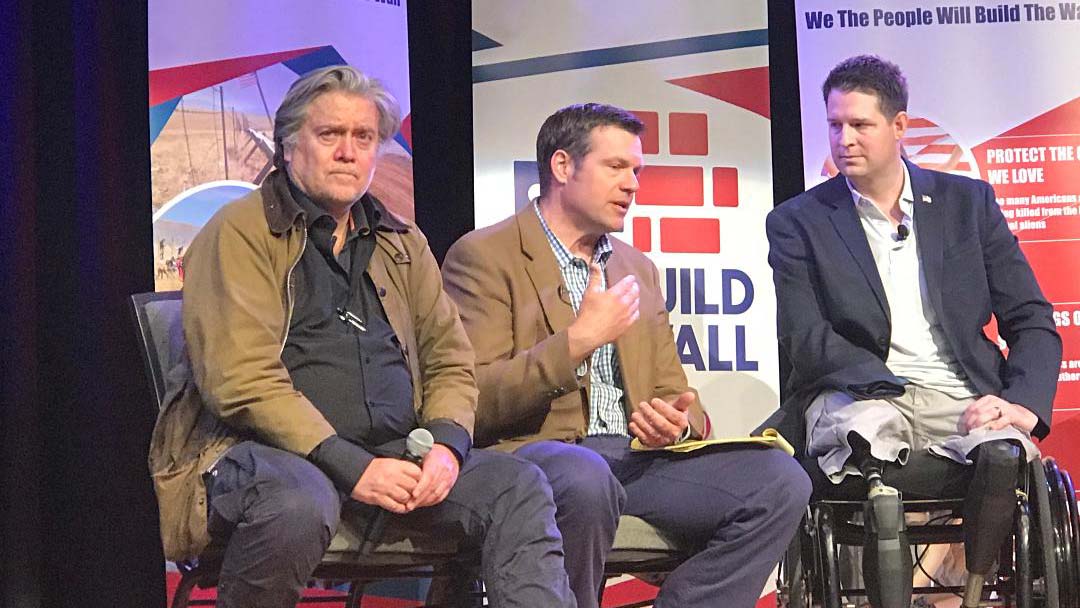 Steve Bannon, the former Trump aide, and a team of MAGA supporters blew into Green Valley last week at the invite of the Quail Creek Republican Club to promote their GoFundMe plan to privately raise money to build portions of Donald Trump's border wall.

On stage, the group touted raising more than $20 million and wanted Southern Arizona to donate.

The idea was the brainchild of Brian Kolfage, a Purple Heart veteran. He told the Green Valley crowd of 400 last week that plans were on track.

"We'll be building the wall, our wall, before the government even gets money to build their wall."

But what Kolfage, Steve Bannon and the other hardcore MAGA supporters on stage didn't reveal is that they had failed to raise the billion dollars promised, so GoFundMe is refunding the money raised back to donors, unless those donors repledge the amount to another campaign.

Now the MAGA group has renamed their new campaign "The People Will Build the Wall." The group's website says that they learned any money raised and given to the federal government to manage was not guaranteed to go toward building Trump's wall on the U.S. southern border. So they have applied to the IRS to form a nonprofit group that would privately spend the money to build the wall instead of the government.

The new campaign is the same mission but a different business plan. No word yet on how many donors have taken their money back — or how many have agreed to transfer their donation to the new GoFundMe campaign.

Veteran Raising Funds for Border Wall Makes Stop in Southern Arizona Looking back at SB 1070 a decade later State unsure what to do with president’s unemployment order
By posting comments, you agree to our
AZPM encourages comments, but comments that contain profanity, unrelated information, threats, libel, defamatory statements, obscenities, pornography or that violate the law are not allowed. Comments that promote commercial products or services are not allowed. Comments in violation of this policy will be removed. Continued posting of comments that violate this policy will result in the commenter being banned from the site.