How an 'Emotional Perfect Storm' Can Batter Immigrants' Health 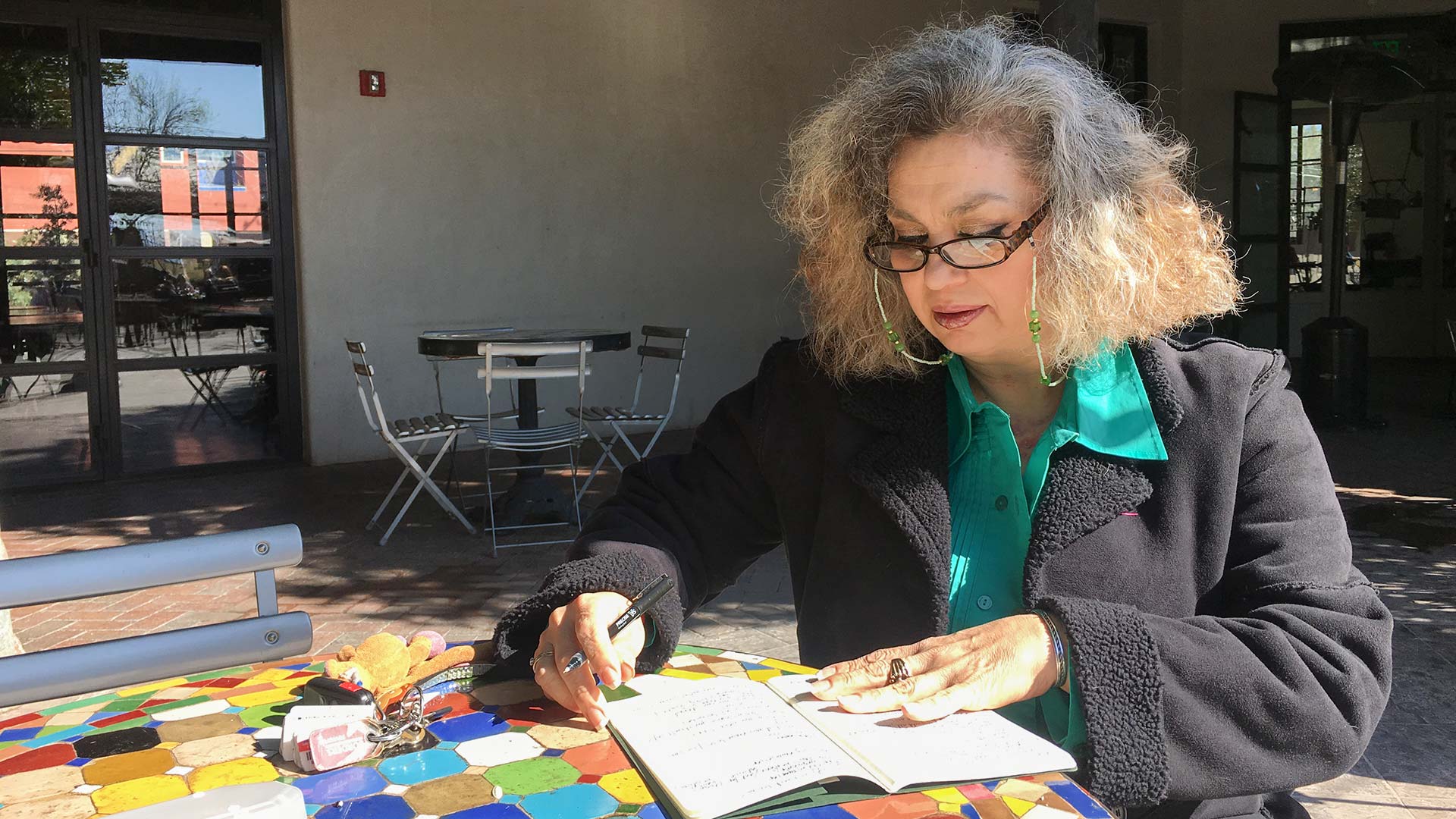 Ana Abril Tolsa, a woman who has lived in Tucson for 19 years without legal status, writes at the Mercado San Agustin on Feb. 22, 2018.
Brenna Bailey, AZPM

Ana Abril Tolsa originally immigrated to Tucson to escape her abusive husband and start a better life. She moved here when she was 33 from Guadalajara, the capital of the Mexican state of Jalisco.

Tolsa has been living in Tucson for almost 19 years without legal status. And she loves it, for the most part.

But living here as an undocumented person has definitely taken a toll on her well-being, she said. Specifically, it has worsened her mental and physical health.

Four years ago, Tolsa was diagnosed with an autoimmune disorder called pemphigus vulgaris. The disease causes her immune system to attack her skin’s healthy cells, which causes painful blisters to form all over her body and inside her mouth.

When she first realized something was wrong, Tolsa struggled to get a diagnosis for her disability, much less receive treatment for it. As an undocumented person, she doesn’t qualify for coverage from Medicaid or most private insurance companies, and she can’t afford to pay out of pocket for medication or visits to the doctor.

Tolsa eventually got treatment, pro bono, from a local donation-funded community clinic. But her struggles with health care aren’t uncommon. Research shows her situation is actually the norm in the country's undocumented population.

Rebecca Crocker, an anthropologist based in Tucson, says the ailments undocumented people face often root back to an ever-present condition she studies: emotional stress.

“An emotional perfect storm, really, is what I would call it,” Crocker said.

Crocker found that this ubiquitous stress, experienced by every one of the 44 immigrants she interviewed, manifests in two main arenas: mental and physical health. The immigrants said their stress mostly encompassed anxiety related to immigration status, deportation and extreme poverty.

“An emotional perfect storm, really, is what I would call it”

According to Crocker, stressors like immigration status, deportation and poverty affect immigrants’ mental well-being. They obsess about these stressors ad nauseum, which causes them to stress even more. That, in turn, causes them to feel sad, helpless and anxious. These feelings can, and often do, develop into clinical mental health disorders ranging from depression to post traumatic stress disorder, Crocker said

“Fifty percent of my sample said they experienced emotional trauma,” she said. “Sixty-five [percent] live with a very persistent level of fear. Seventy-five [percent] cited depression, which is incredibly high. We’re talking men and women, here. And 75 percent also cited loneliness. And then sadness and stress were both 80 and 85 percent.”

“It has to do with worry and frustration and burnout on what they’re supposed to be doing to care for themselves,” McEwen said.

Crocker says the mental and physical health struggles immigrants experience often go untreated, for a couple reasons. The emotional stressors, for one, thwart immigrants from trying to access care. They fear if they hand over their personal information to a doctor, they’ll get deported.

“Seventy-five [percent] cited depression, which is incredibly high. We’re talking men and women, here. And 75 percent also cited loneliness. And then sadness and stress were both 80 and 85 percent.”

And even if they do want to access care, they struggle to afford and keep up with it, McEwen says.

“Our health system, the former health system — there are lots of barriers to accessing care, never mind the policies that overlay that, in terms of being uninsured and of low socioeconomic status,” McEwen said. “And these situations create stress. And, again, it has to do with worry and frustration and burnout on what they’re supposed to be doing to care for themselves.”

“The longer they remain here, the sicker they get,” Crocker said. “The longer you’re exposed to those kinds of feelings, the more detrimental that is to your mental health and your physical health.”

That was the case for Tolsa. Her doctors told her the stress she felt about her immigration status played a part in the onset of her pemphigus.

Crocker says the high presence of Border Patrol agents throughout Tucson causes immigrants to stress even more. The Tucson sector of Customs and Border Patrol is the largest of its operations in the United States, according to the agency’s website.

Prop. 300 heightened stressors related to health care. The ballot initiative, which 71 percent of Arizona voters passed into law, mandates that people applying for state-funded services like Medicaid prove they are in the country legally.

“You know, the intention [behind this legislation] was, quote un quote, ‘self-deportation,’ to get people to leave,” Rabin said. “It was really about making the state feel inhospitable to these communities. It created a huge amount of fear in the immigrant community, and that was furthered even more with SB 1070.”

Tolsa said that despite chronic stress and its effects on her health, she doesn’t like to complain. She knows she’s not the only person in Tucson who has to deal with this.

Crocker said health care options do exist for undocumented immigrants. They can access free or low-cost treatment at a handful of community health clinics, where healthc are providers don’t ask about immigration status. And Rabin says undocumented people do qualify for some public health services, including programs funded by Women, Infants and Children (WIC).

Mexican Mother Granted Special Visa to Visit Ailing Husband in Tucson Prof: Origins of Migrant Caravan Rooted in Religion Trump Administration Pauses Legal Orientation for Immigrants
By posting comments, you agree to our
AZPM encourages comments, but comments that contain profanity, unrelated information, threats, libel, defamatory statements, obscenities, pornography or that violate the law are not allowed. Comments that promote commercial products or services are not allowed. Comments in violation of this policy will be removed. Continued posting of comments that violate this policy will result in the commenter being banned from the site.