My wife and I quit our jobs to sail the Caribbean

There's another universe not far from land. by NPR/Scott Neuman Tweet 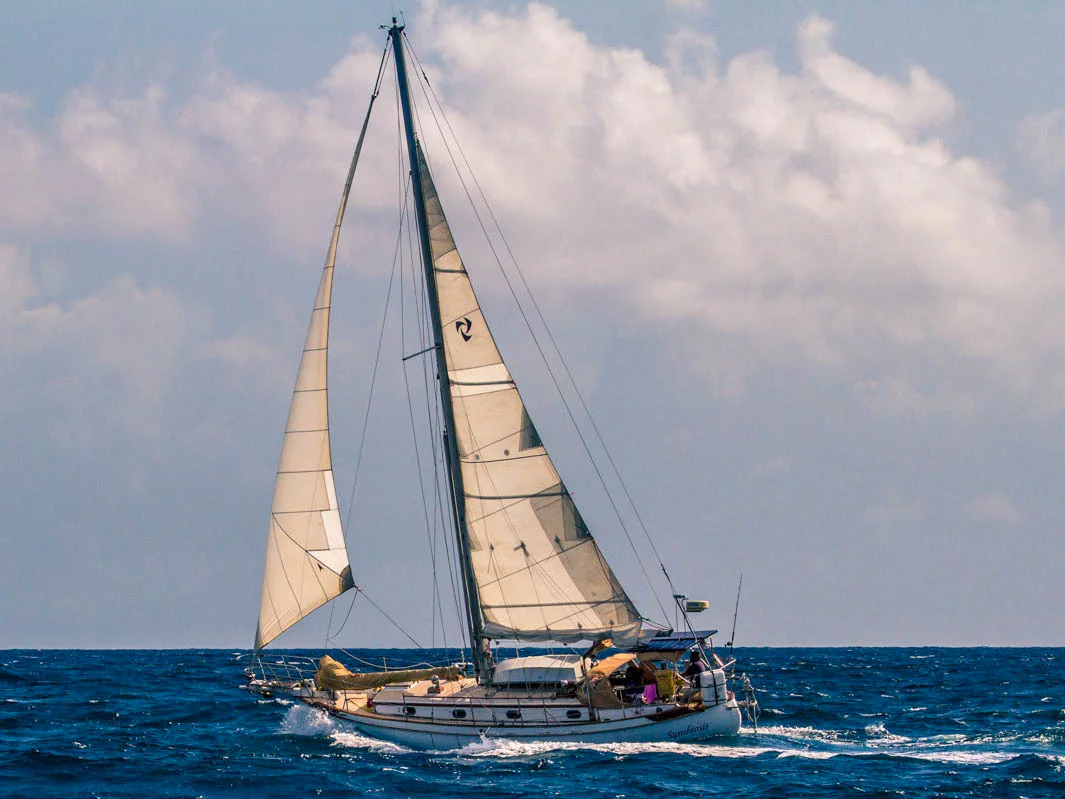 It is devoid of buildings, trees, cars, cellphones and the internet. Seemingly limitless water extends uninterrupted in all directions.

You don't have to travel a great distance to discover this other cosmos. At 10 miles offshore, you're already there. At 100 miles, on a course away from shipping lanes (about a full day's sail in a small boat), the effect is complete: Civilization recedes, along with any sign of humanity.

It's the closest most of us will ever come to the isolation of outer space. And it is why I'm really into sailing.

I grew up around boats. My father liked to build them. The pride of his flotilla was not a sailboat but a small "power cruiser," Talisman, that he designed and built before I was born. My older sister and I were bundled into a car nearly every summer weekend until my late teens to make the trip from northeast Indiana to the south shore of Lake Erie in Ohio, where Talisman waited patiently through the week, tugging gently at the dock lines.

I was always more intrigued, though, by wind-driven vessels than any relying primarily on mechanical propulsion. As a kid, I devoured the adventures of Robin Lee Graham, the teenage solo circumnavigator, in the pages of National Geographic and, later, in Graham's book, Dove.. However, it wasn't until about 20 years ago, well into my adulthood, that I took up sailing in a serious way. 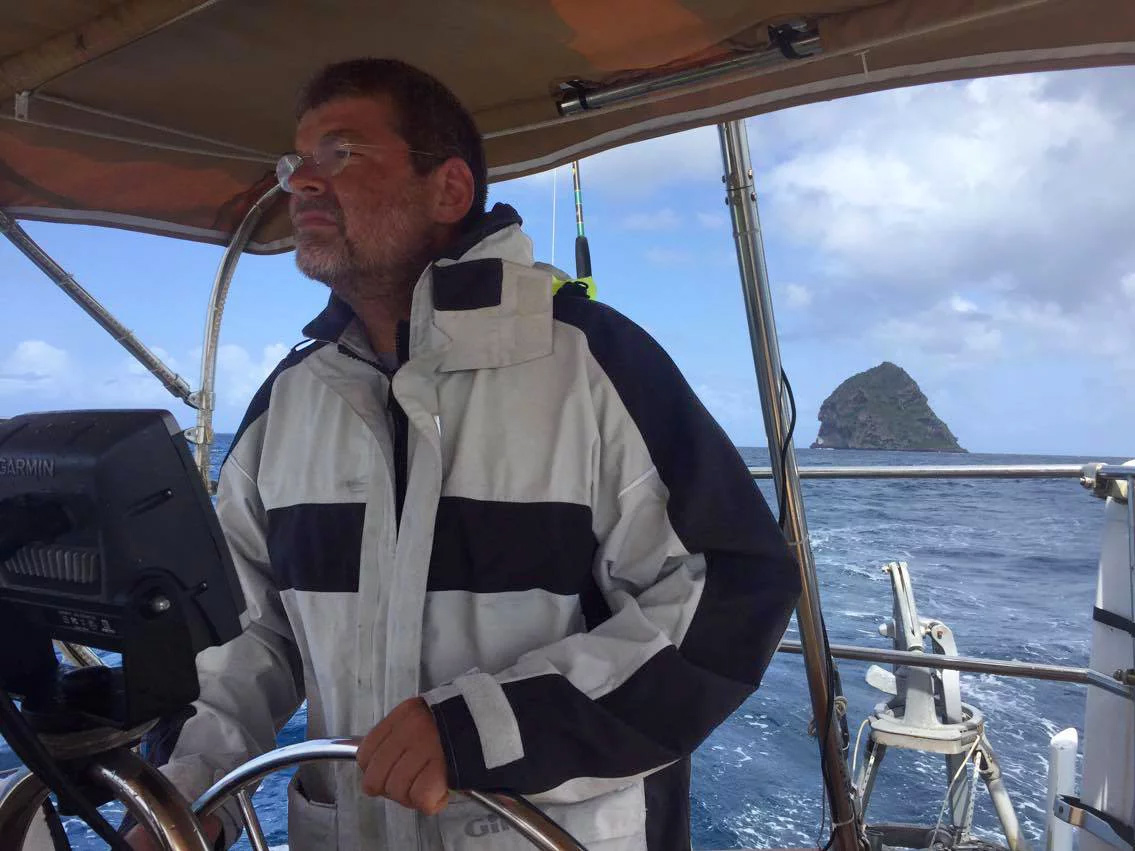 Scott Neuman near Martinique in 2017. That island's famous Diamond Rock can be seen in the background.
Wassana Laisukang

I quickly learned (and am still mastering) the art and physics of "trimming" the sails, which often involves tiny adjustments yielding minute gains in speed that nonetheless can save hours or even days over longer passages.

I've made voyages in fair weather and foul, on my own boats and those of friends, and ranging from nearshore day sails to blue-water passages.

Still, I've made plenty of mistakes. While living in Asia, a sailing buddy and I set off across the South China Sea destined for Thailand, only to be slammed by a late-season typhoon that forced us to make landfall in Vietnam, shaken, without a mast and glad to be alive.

Along the way, however, I also learned the essentials — navigation and how to maintain a cruising boat's complex systems, such as rigging, electrics, plumbing and, yes, engine.

Years later, my wife and I lived aboard our 37-foot cutter, Symbiosis, while we saved enough to take a two-year sabbatical from our jobs to journey down the U.S. Atlantic coast and through the Bahamas and the Caribbean. We visited many places that never see cruise ships or airplanes and that are nearly impossible to reach any way other than at the helm of a small boat.

Far from shore, it is the sole responsibility of the skipper and crew to keep the water out, the people in, the boat on course and everything working. The corollary of self-reliance makes the isolation that much more splendid. 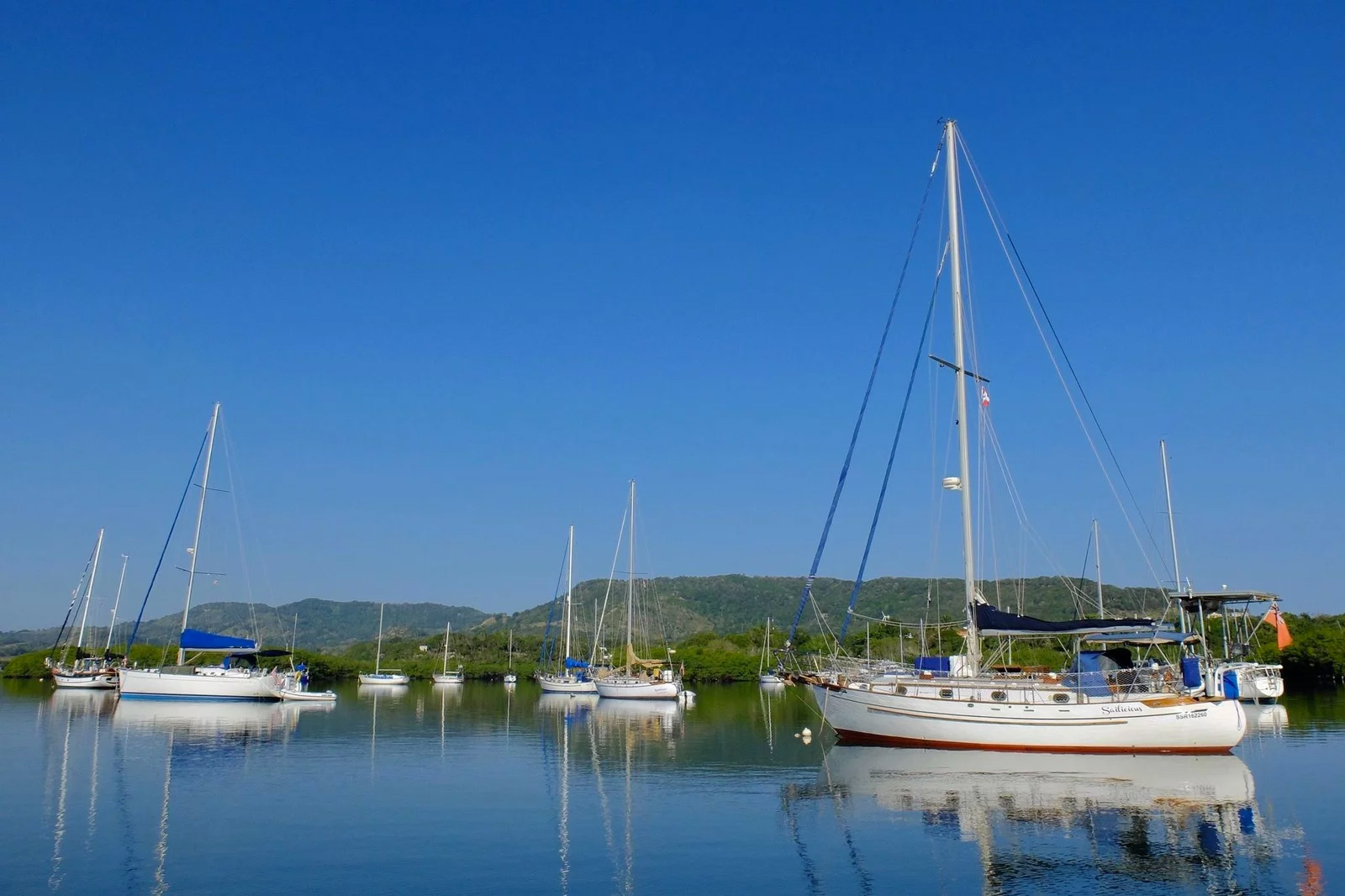 As much as that appeals to me, so does the company of fellow cruising sailors. We remain close to many we met in our travels, particularly in the Caribbean, and to many who helped us along the way and whom we, in turn, helped too. Regardless of our backgrounds, we understand the same triumphs and perils and share many common experiences — the perfect sail, the rough passage, the close call with a rocky shore, the pod of frolicking dolphins.

But boats are expensive and time-consuming. After returning from the Caribbean a few years ago, we decided to sell Symbiosis, resolving instead to sail only "other people's boats."

It didn't last. A few months ago, we found a good deal on a smaller boat — easier to maintain but still capable of some offshore excursions.

I think we'll name her Talisman.

Episode 349: Exploring the University of Arizona campus arboretum NASA's Webb telescope has discovered its first exoplanet These combat vets want to help you design the perfect engagement ring
By posting comments, you agree to our
AZPM encourages comments, but comments that contain profanity, unrelated information, threats, libel, defamatory statements, obscenities, pornography or that violate the law are not allowed. Comments that promote commercial products or services are not allowed. Comments in violation of this policy will be removed. Continued posting of comments that violate this policy will result in the commenter being banned from the site.