My familia of dancers, a legacy of love for the craft

Dance is a common denominator in my family. by NPR/Estefania Mitre Tweet 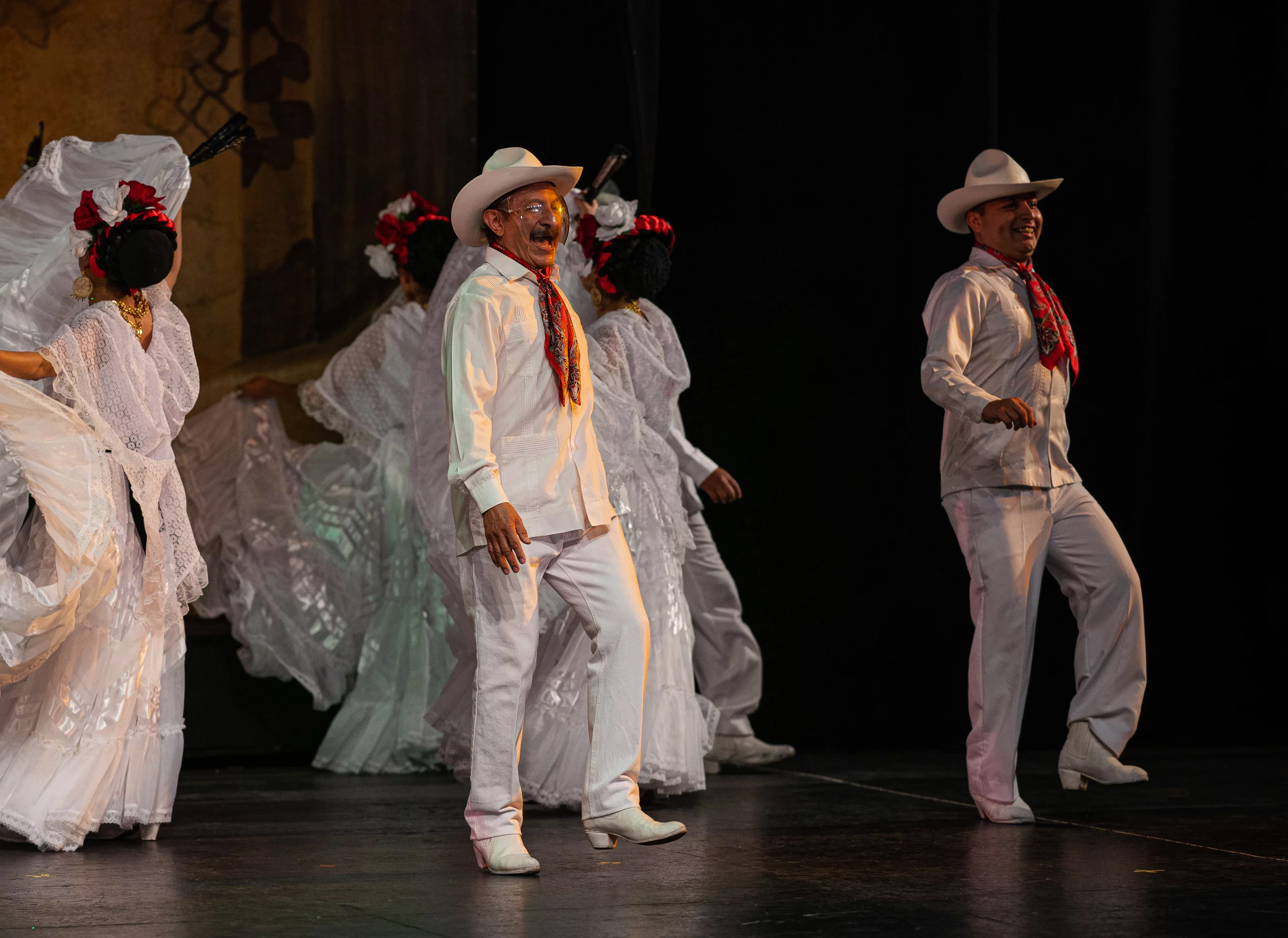 On a stormy day in cloudy México City, sitting on a park bench in the neighborhood of Condesa, my tio, uncle Sergio Carlos, remembers his early days dancing — he got his start in 1980 with a group called Semblanzas de México.

All of my family lives and comes from México — my mom, Patricia Mitre, grew up in the loud and colorful México City alongside her 11 siblings. Most of them created a tradition for themselves dancing, joined Mexican folklórico dance groups between their late teens and late 20s, and all shared a joy for dancing. 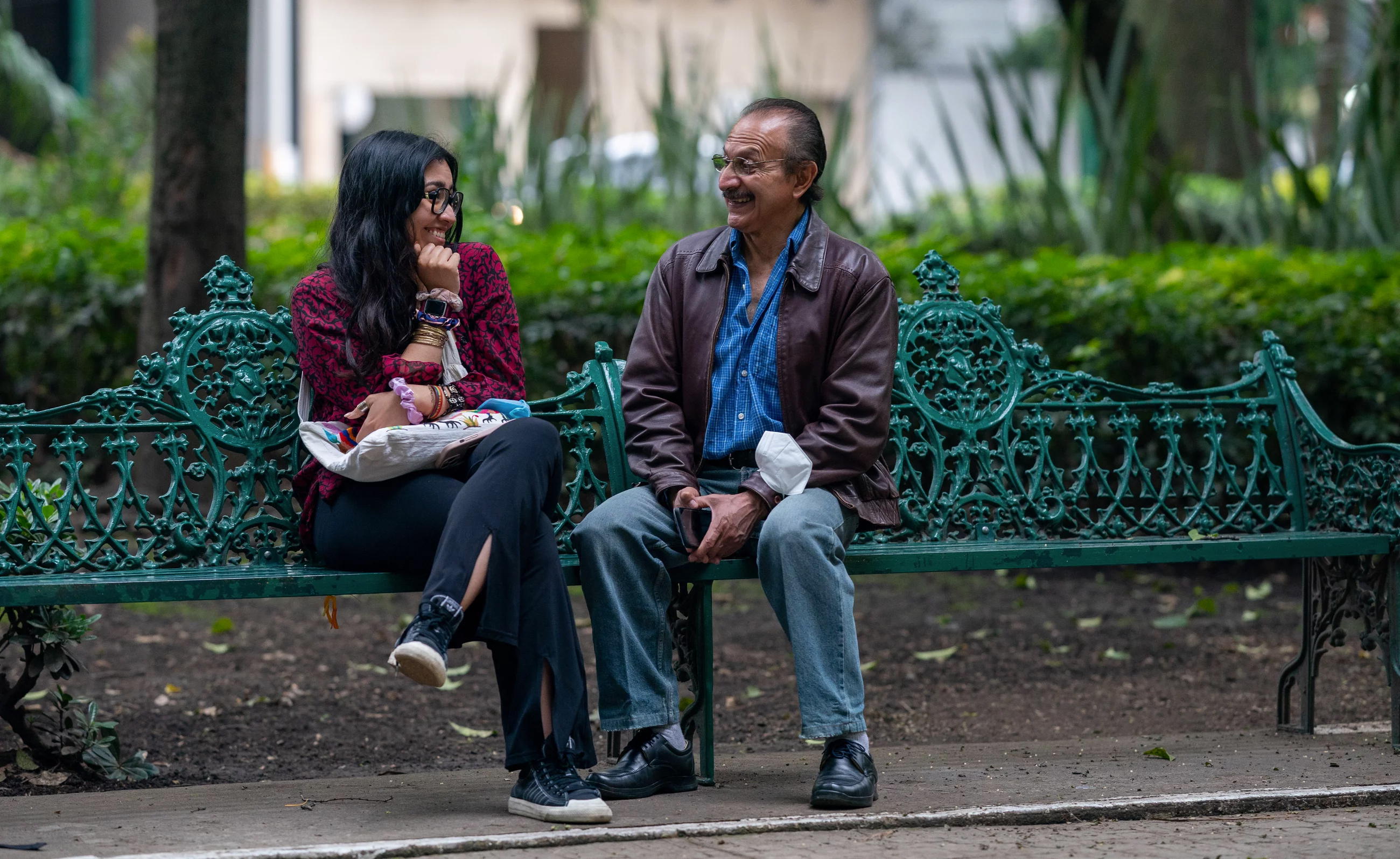 The last one to join the club, inspired by my mom's hectic-but-creative dance career, was my tio Sergio. Though he's my mom's cousin, she's always seen him as just another brother. The 13th sibling of the family. Todos aquí somos familia, as my mom would say.

These days, he's part of the dance group Danzas y Bailes tradicionales Alma Mexicana, which he joined back in 1996. The group had a recital in the Teatro Ferrocarrilero Gudelio Morales earlier this summer to raise money to send group members to Turkey for a dance tour. Sergio enlisted as part of the group that is trying to head to Turkey. 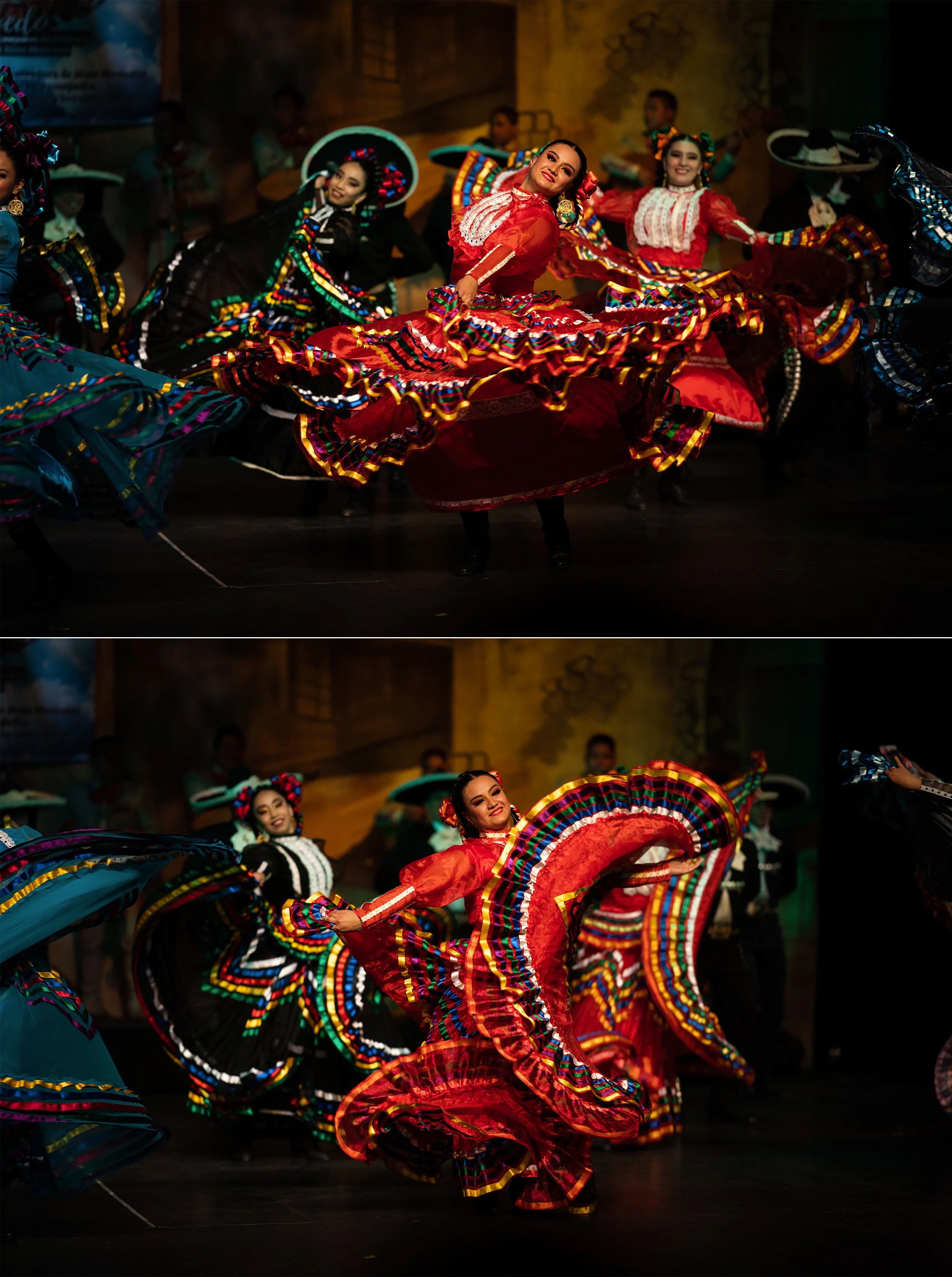 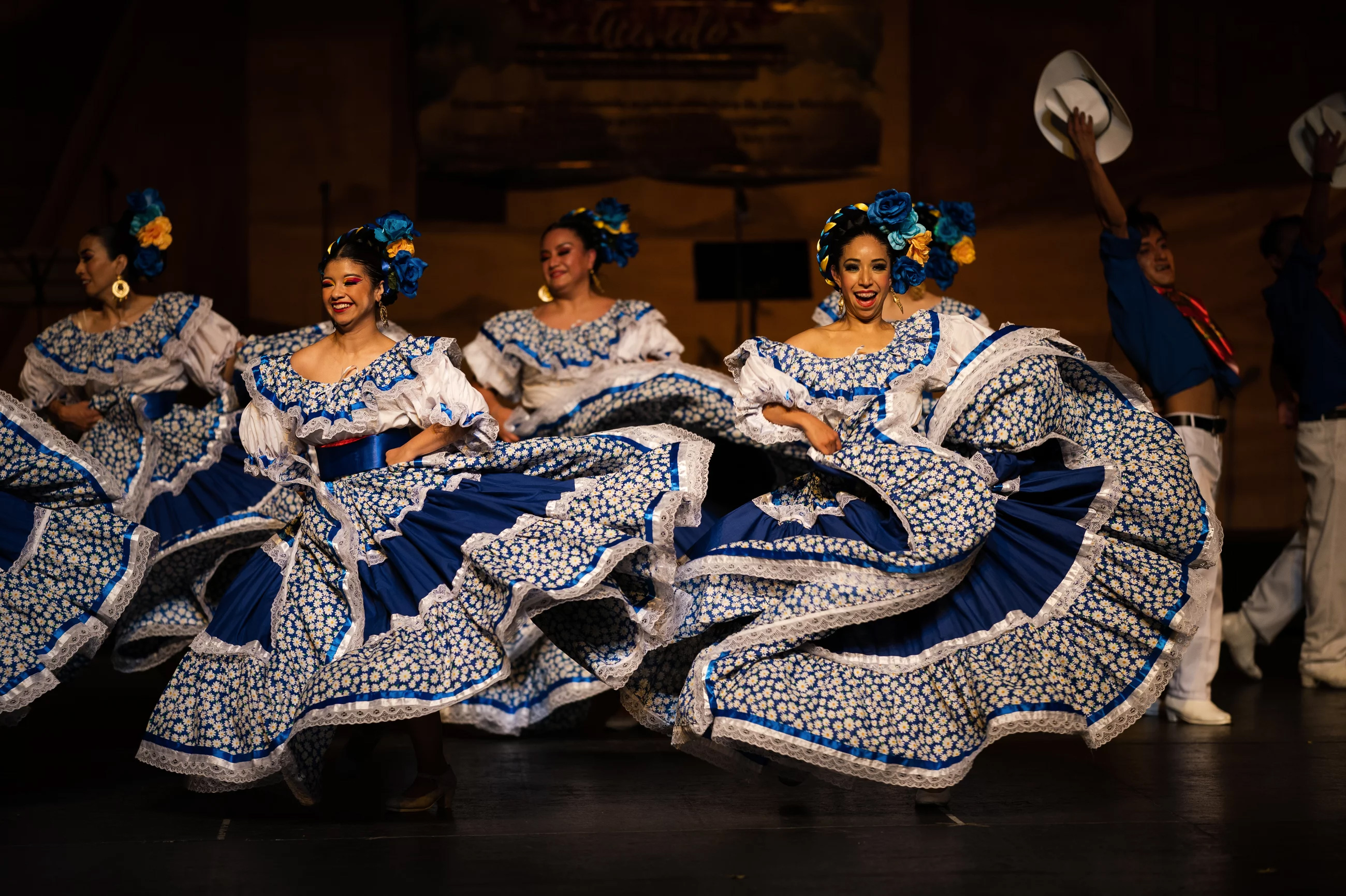 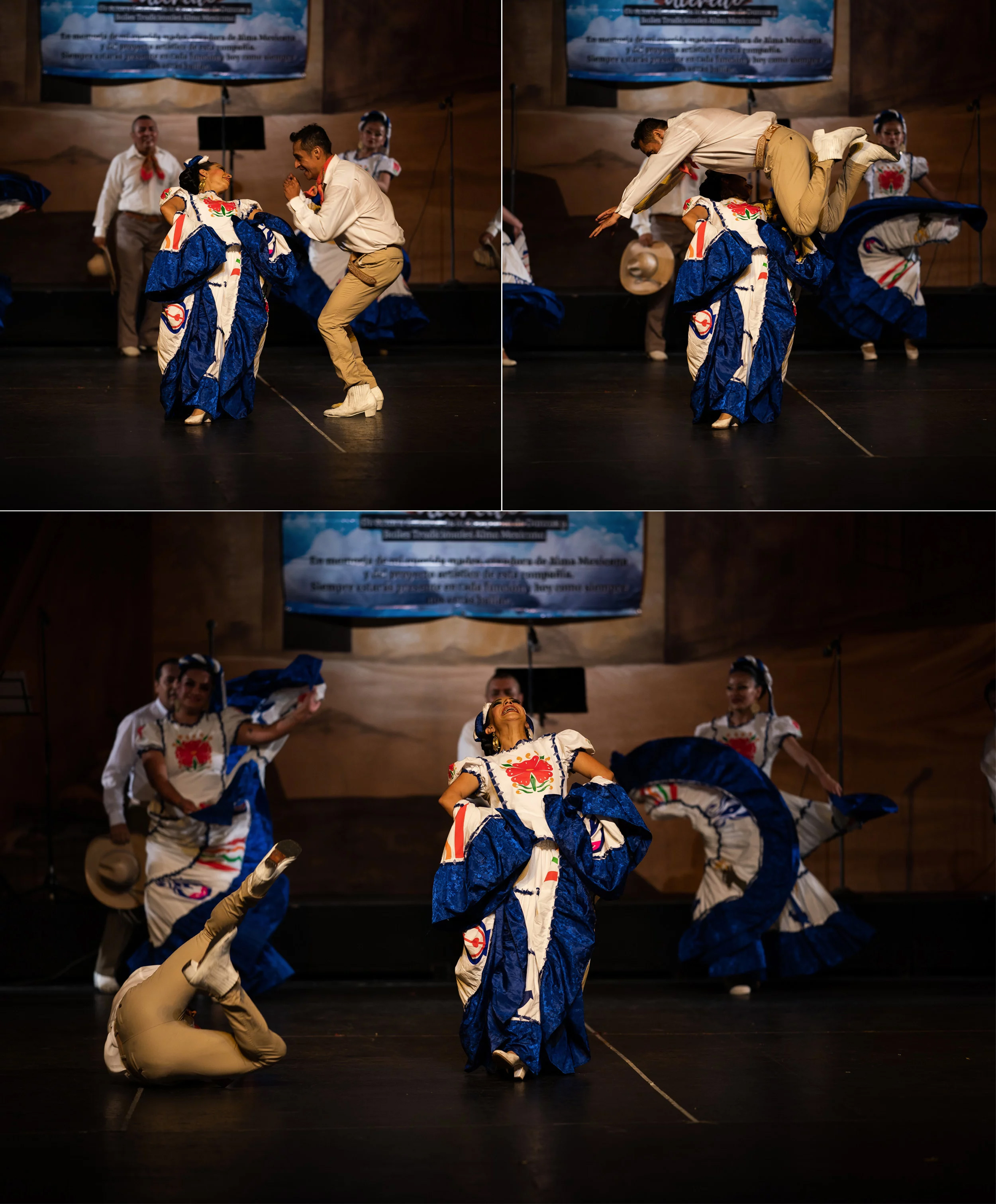 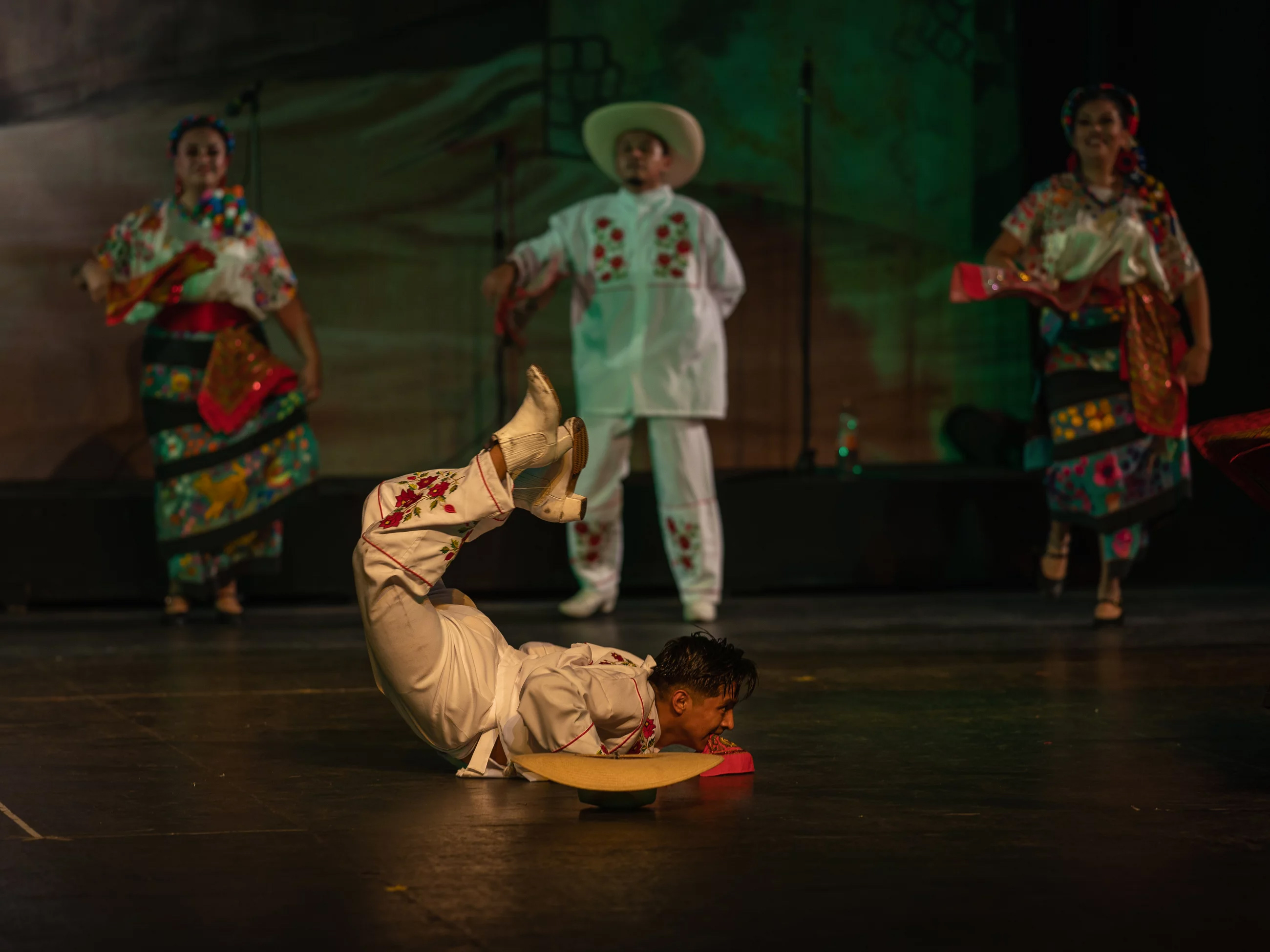 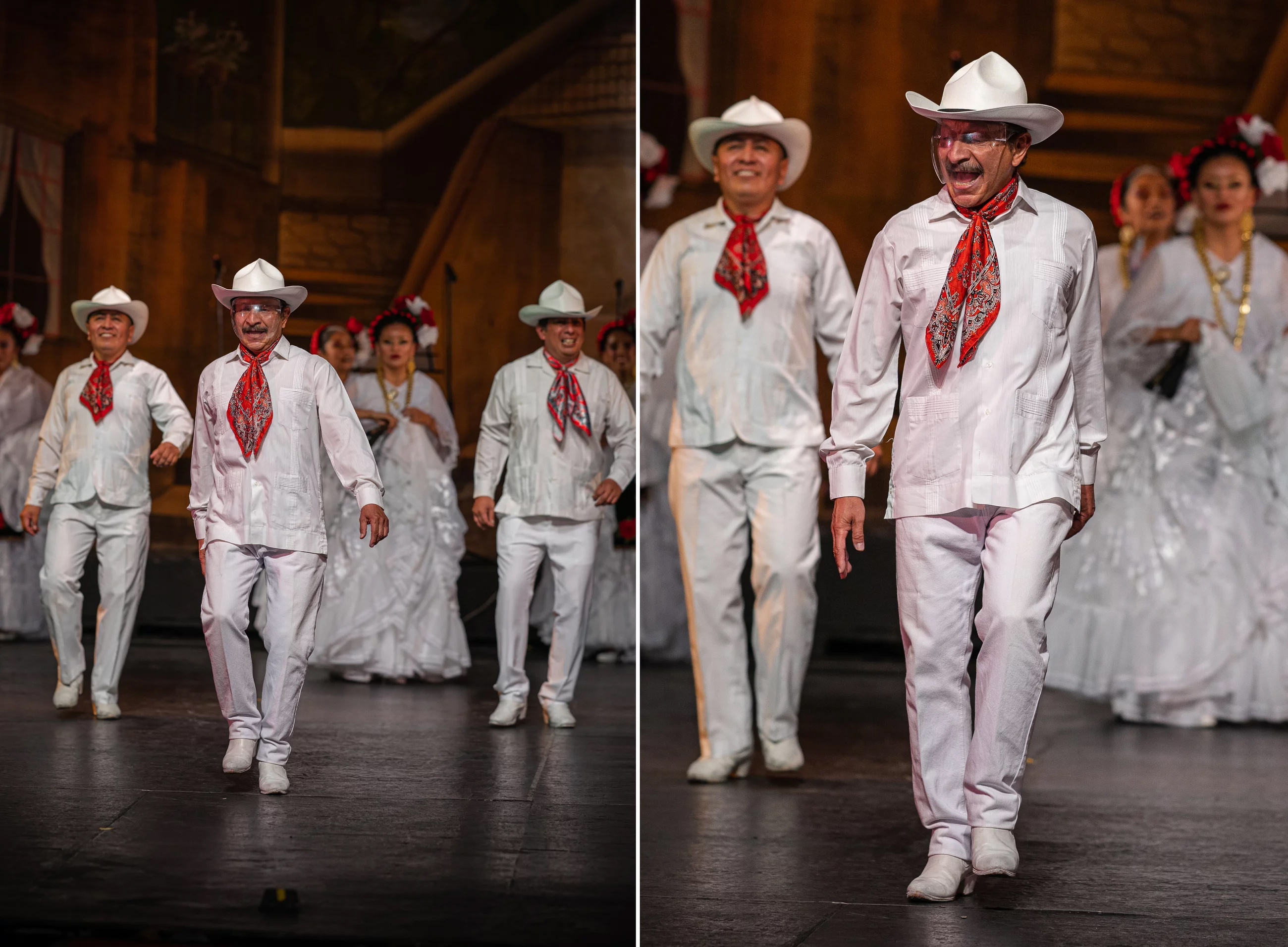 Sergio is 63 and, as a proud senior citizen, brings up his INAPAM (Instituto Nacional de las Personas Adultas Mayores) card — Mexico's discount card for people over 60 years old — whenever he talks about his age — he's been honing his dance skills on and off throughout the last 42 years.

In the beginning, as my family likes to say, he was not good at dancing.

But his discipline paid off as time went by. 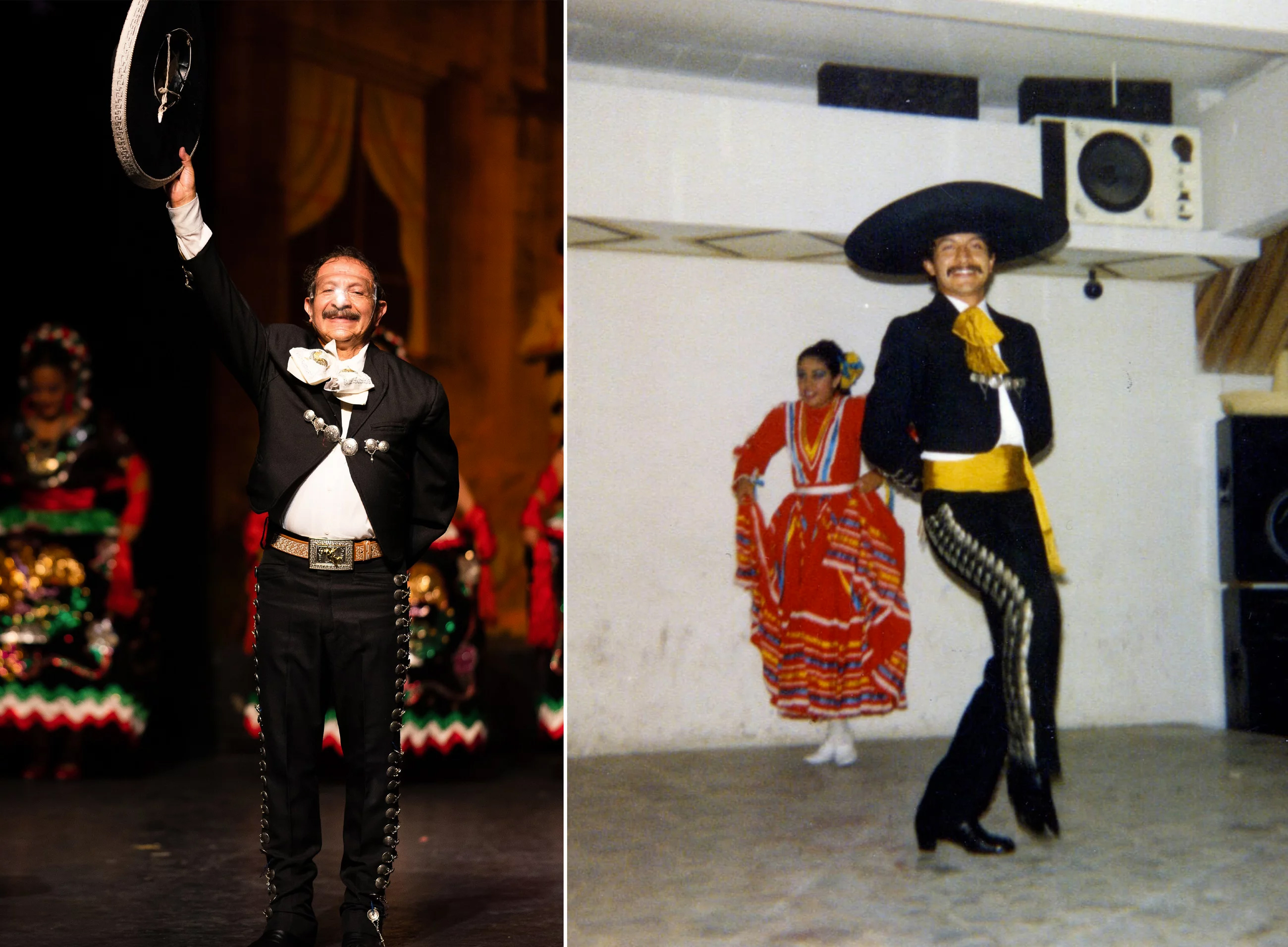 Tio Sergio performs a regional dance from the Mexican state of Jalisco in 2022 (left) and 1982 (right).
Estefania Mitre/NPR 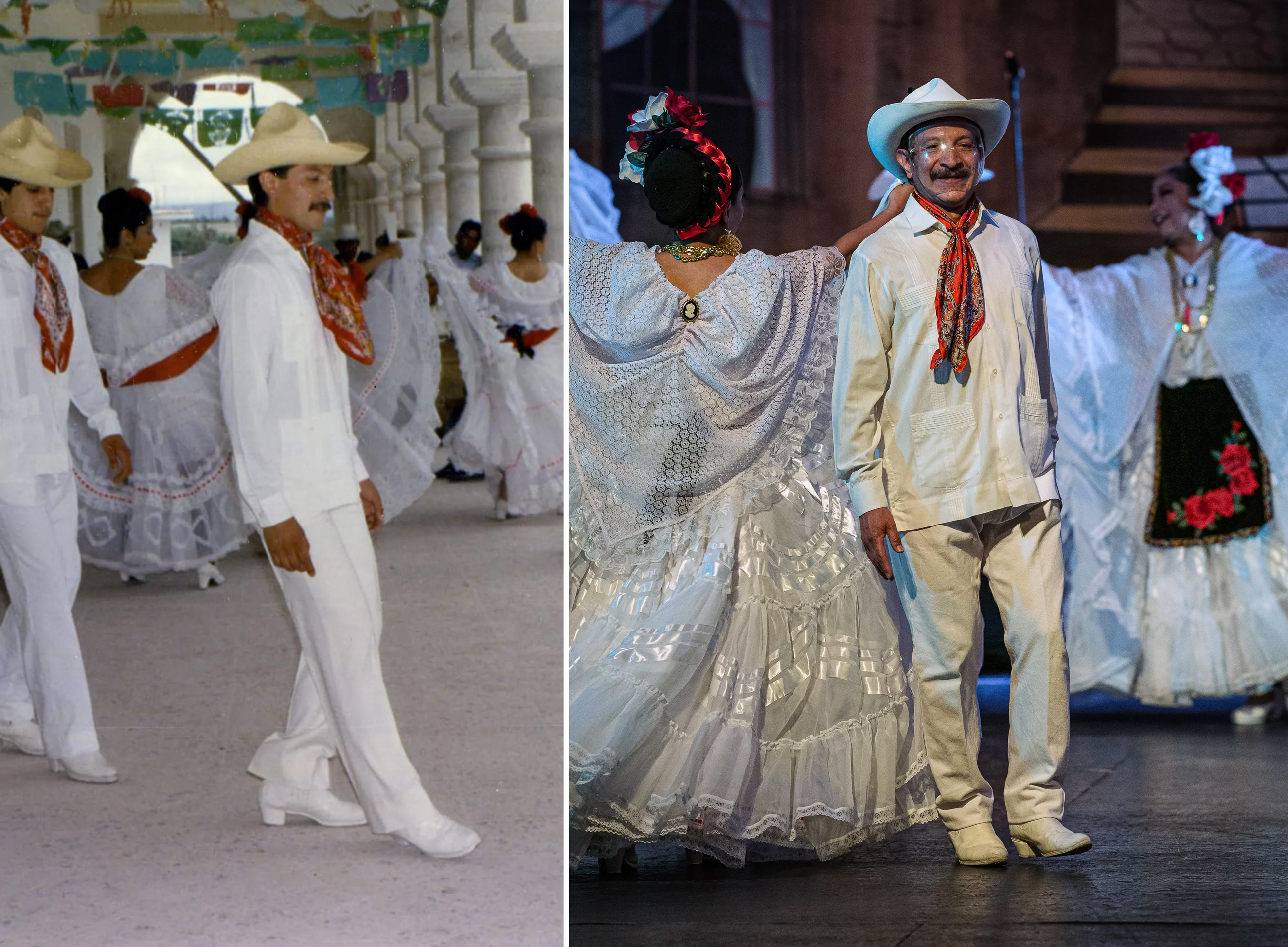 Tio Sergio performs a regional dance from the Mexican state of Veracruz in 1982 (left) and 2022 (right).
Estefania Mitre/NPR 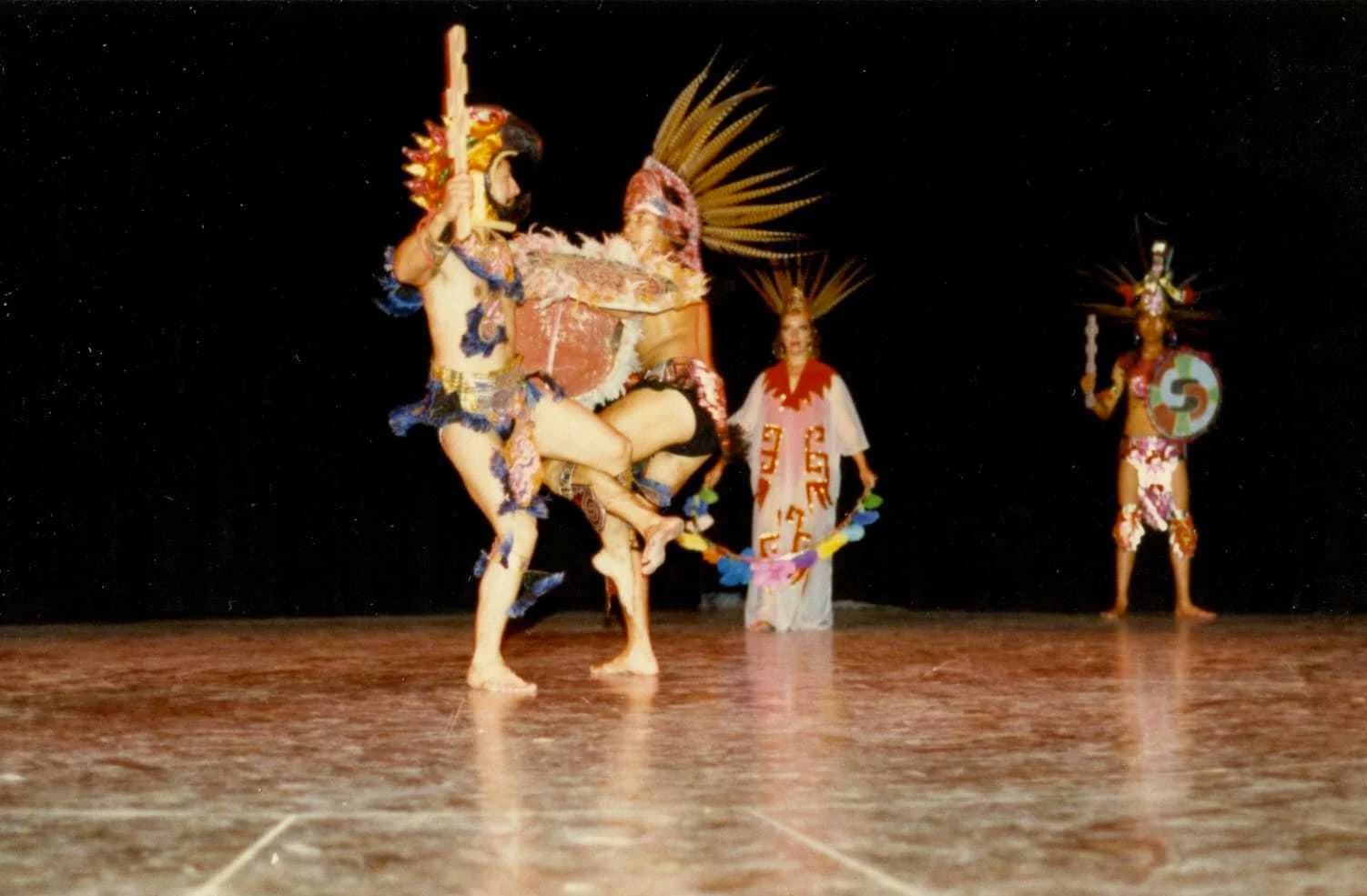 When I started dancing, my mom told me my tio's story, about how he would never miss a practice and, even when he was only backstage or on the background, he would never give up.

My tio's eagerness to hone his skills and, as he says, "estar en forma" (stay in shape) have motivated him to continue dancing, even at this stage of his life. 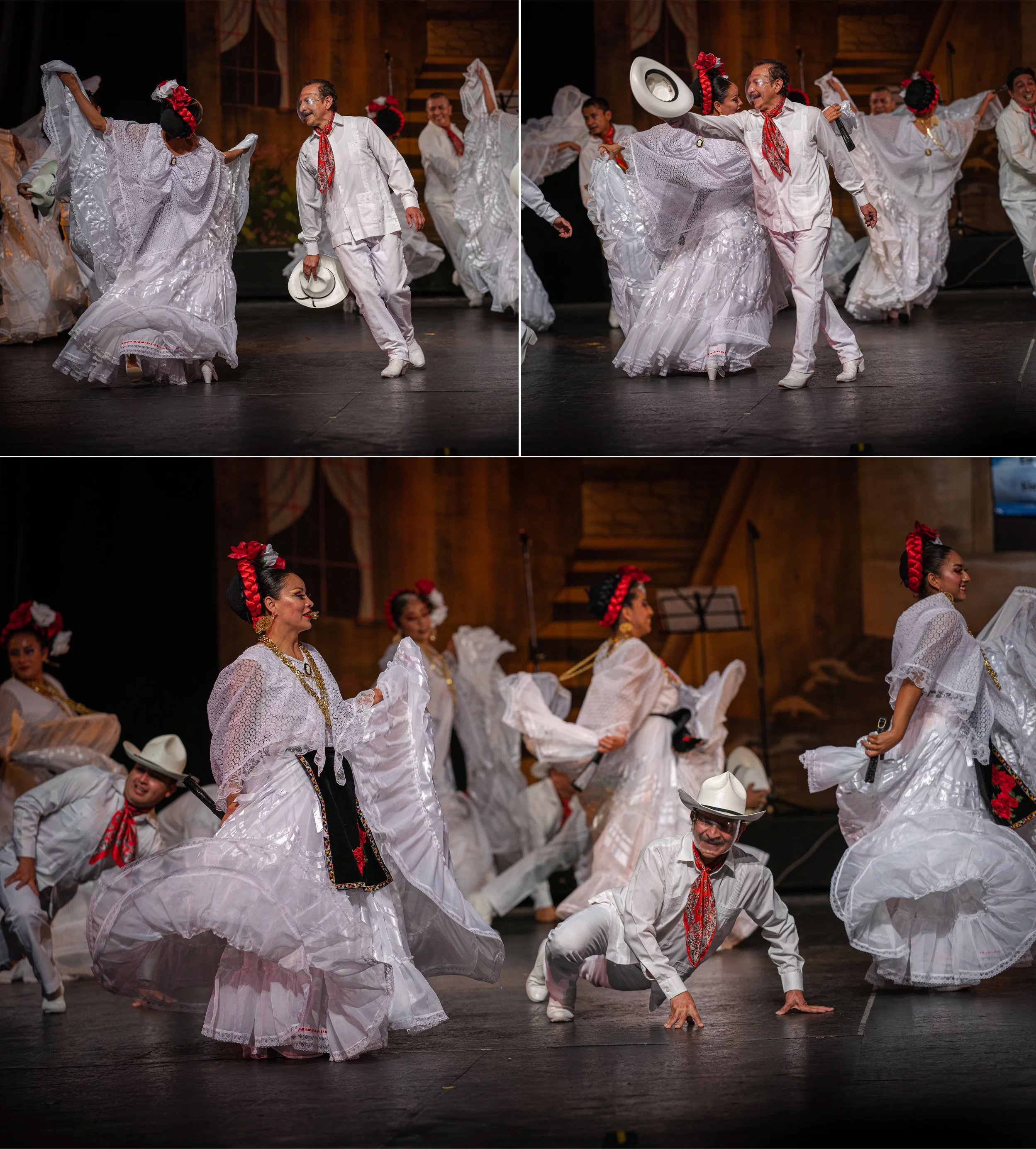 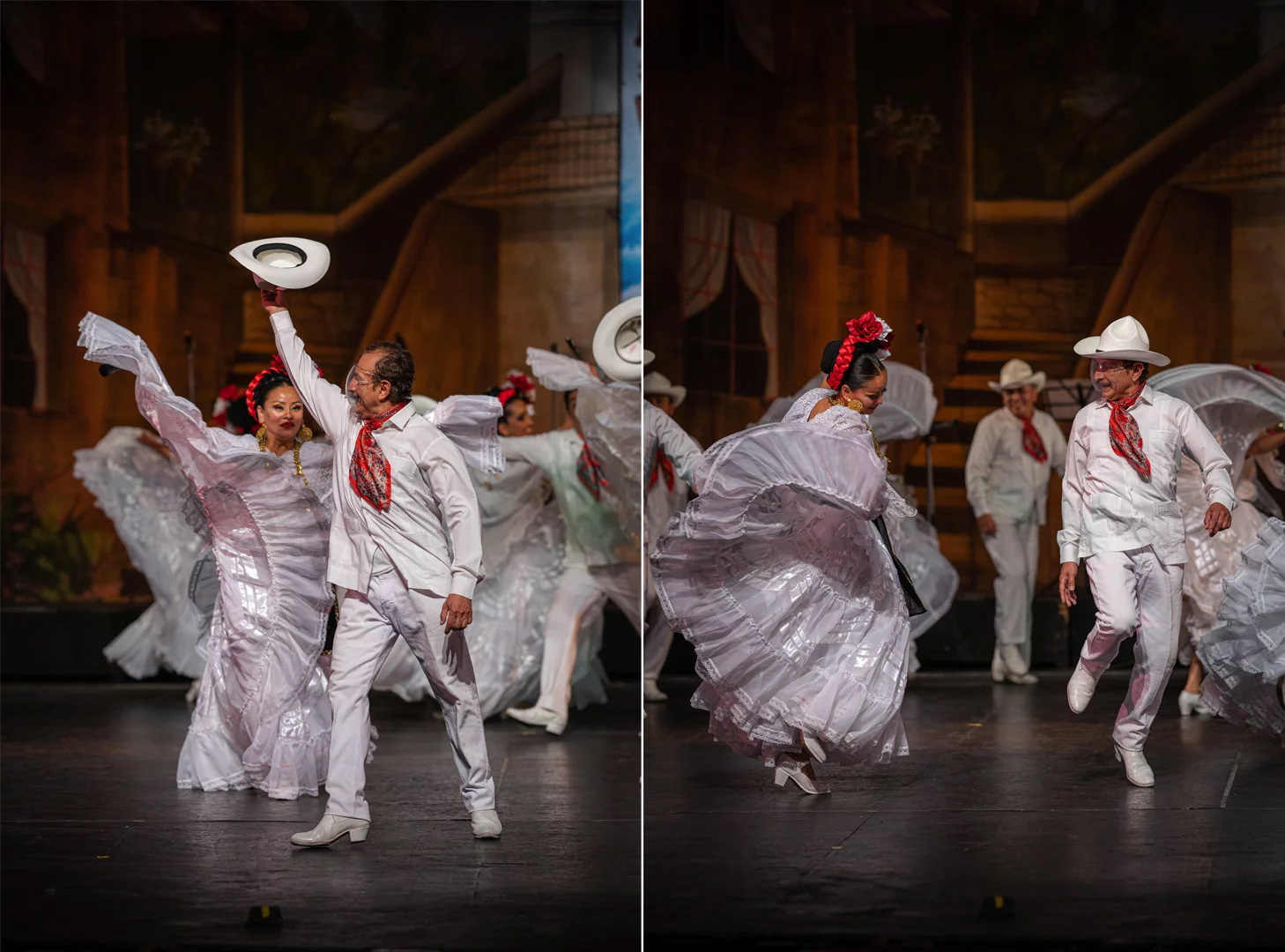 My mom was a huge influence on Sergio — she was the only woman among all her brothers. They all started two folklórico dance groups, one in Ciudad Nezahualcóyotl, located in the state of México — outside of México City — and another one in Durango city, in the state of Durango. My mom wore different hats: director, dancer, teacher. She's always shared stories of kids she's inspired to dance and continue a professional dance career up to this day. 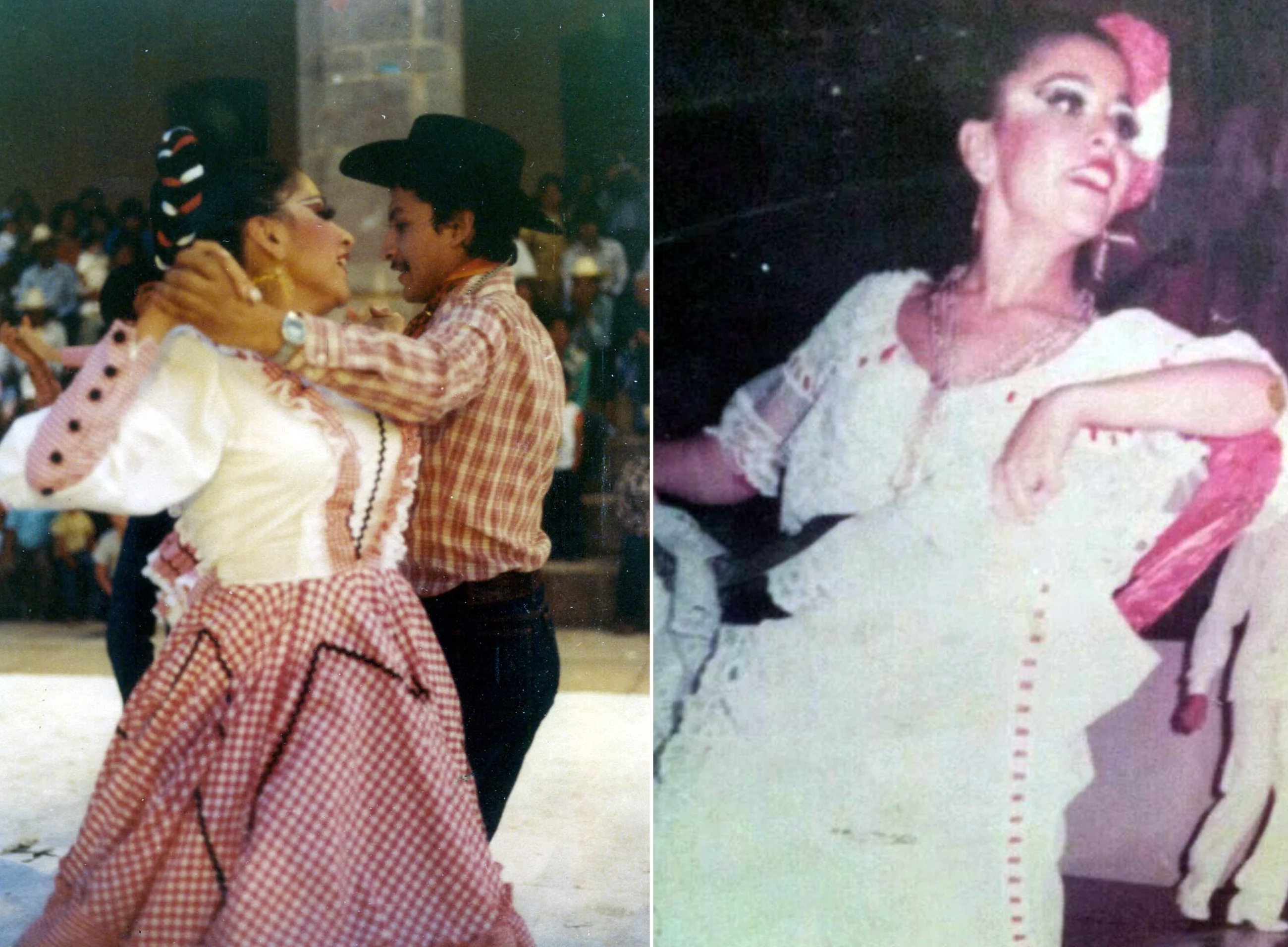 Left: Estefania's mom, Patricia Mitre, and her tio Sergio dance to Nuevo León polkas in 1982. Right: Patricia performs a regional dance from the state of Veracruz in 1979.
Courtesy of Sergio Carlos 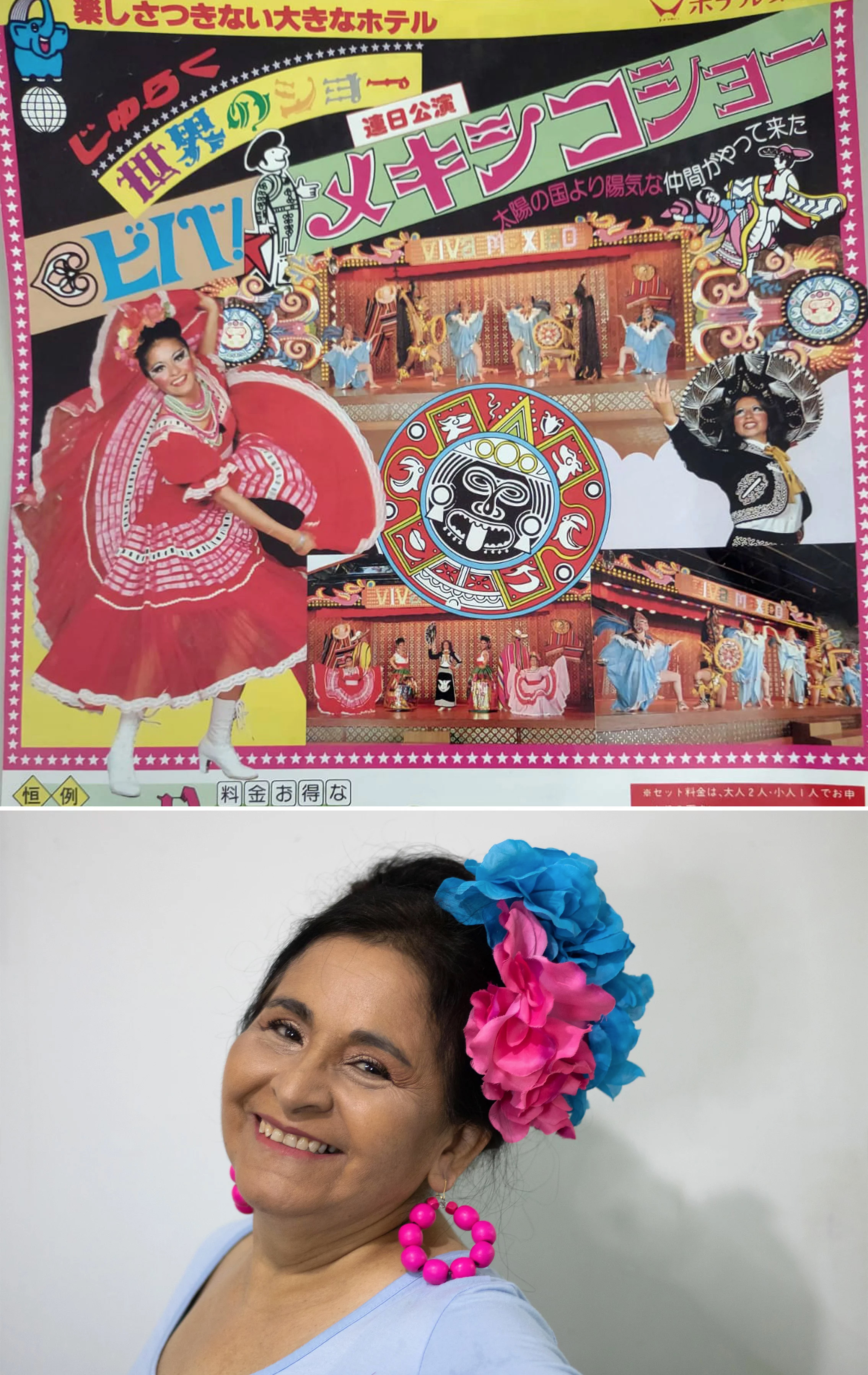 Top: Estefania's mom, Patricia Mitre (left), performs in stop in Itō, Japan, on a tour through Japan with the group Semblanzas de México in 1981. Bottom: Patricia in 2021.
Estefania Mitre/NPR

My mom gave up her career to focus on raising my brother and me. Sometimes I ask her if she misses it, and she looks at me and says, "Disfruto más verte a ti realizada." (I enjoy seeing you thrive more.)

As the years have passed — at least on my mom's side of the family — my brother and I broke the folklórico tradition, but even when most of my uncles and my mom stopped dancing, the joy in their eyes when they show us pictures or show off their moves motivates me to keep on dancing. 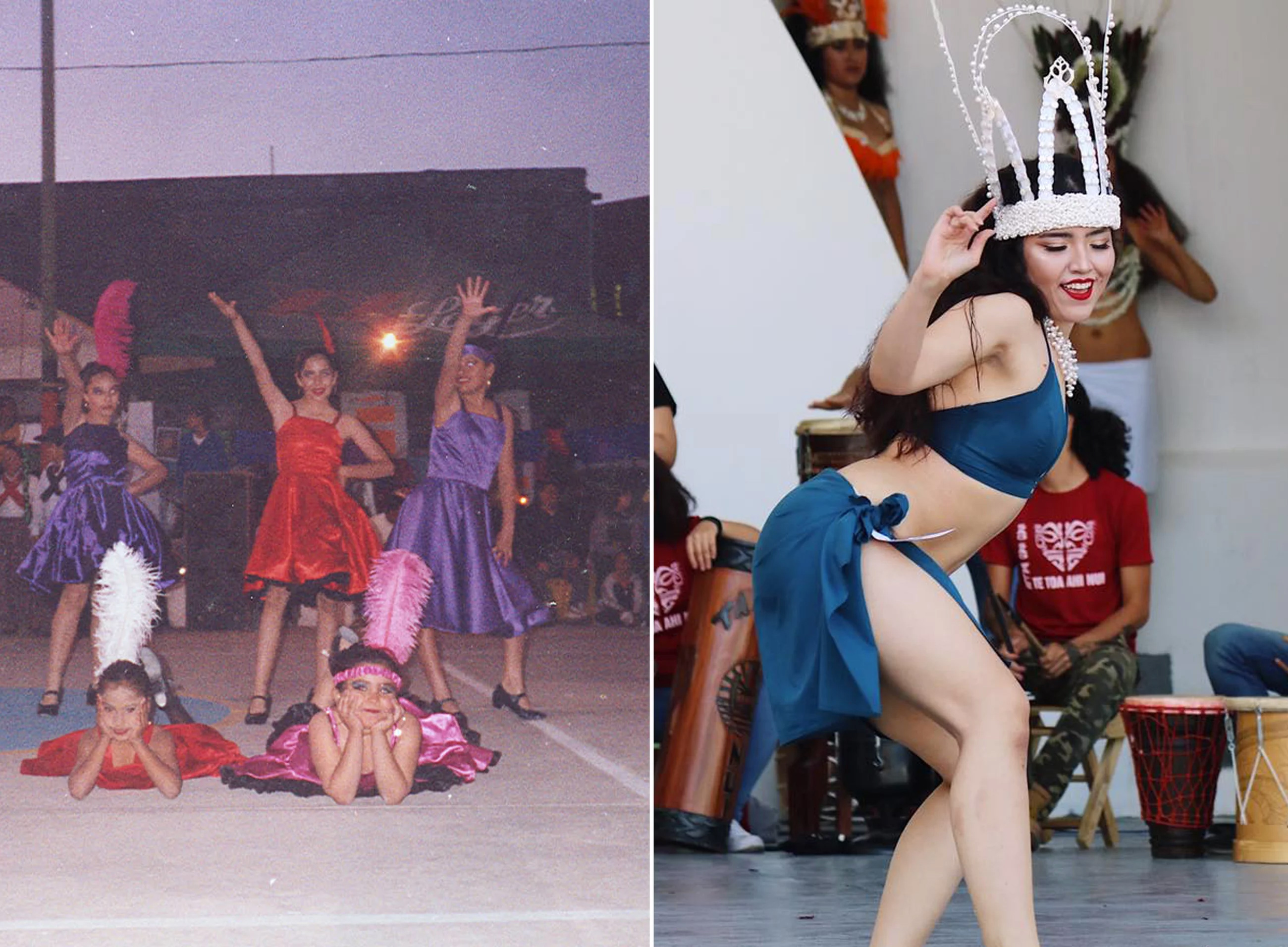 Left: Estefania in her first show, performing cancan in Juárez, México, in 2004. Right: Estefania performs at a Tahitian dance competition in México City in 2019.
Courtesy of Patricia Mitre

I found a passion of my own, which is learning different dance rhythms, but the discipline and love to the dance and art is instilled in my soul.

Dance is a common denominator in my family.

A tradition I hope I can keep building on.

Return of rare Ojibwe horse lifts spirits — but still needs help Where the Colorado River crisis is hitting home
By posting comments, you agree to our
AZPM encourages comments, but comments that contain profanity, unrelated information, threats, libel, defamatory statements, obscenities, pornography or that violate the law are not allowed. Comments that promote commercial products or services are not allowed. Comments in violation of this policy will be removed. Continued posting of comments that violate this policy will result in the commenter being banned from the site.