A mummified baby mammoth was found in Canada with intact hair, skin and tusks

Despite being buried for over 30,000 years, the baby mammoth found in Canada's Yukon territory still had hair, skin and tusks intact. by NPR/Juliana Kim Tweet 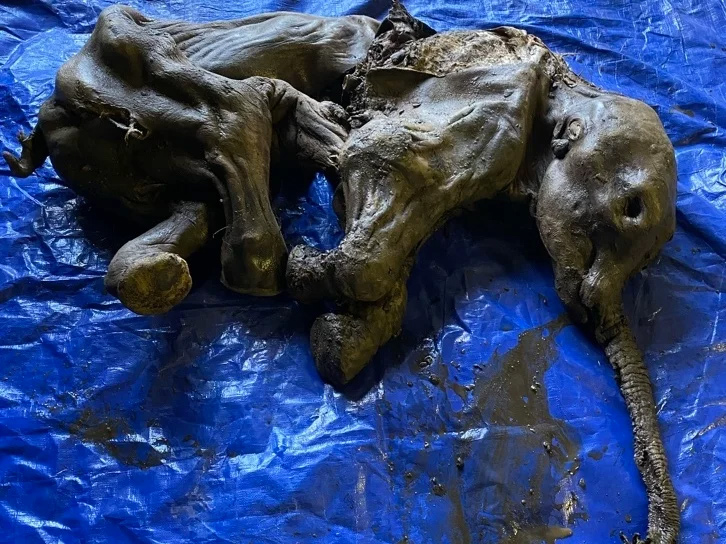 A woolly mammoth calf, believed to be female, was found in Canada's Yukon territory buried in ancestral land of the Trʼondëk Hwëchʼin, whose elders named her Nun cho ga, which means "big baby animal" in the Hän language.
Government of Yukon
It was an astonishing sight. Despite being buried for over 30,000 years, the baby mammoth found in Canada's Yukon territory still had hair, skin and tusks intact.

The extinct animal was covered in mud and resting in a fetal position when gold miners discovered the remains this month. Geologists from the Yukon Geological Survey and the University of Calgary believe the mammoth calf was female and likely died in permafrost during the ice age.

Elders of the Trʼondëk Hwëchʼin, whose ancestral land the mammoth was found in, named her Nun cho ga, which means "big baby animal" in the Hän language. Yukon is known for being a fossil trove, but what makes this mammoth rare is how well preserved she is, geologists said in a news release. The remains are believed to be the most complete woolly mammoth discovered in North America. Before her, partial remains of an infant mammoth were unearthed in the continent in 1948. 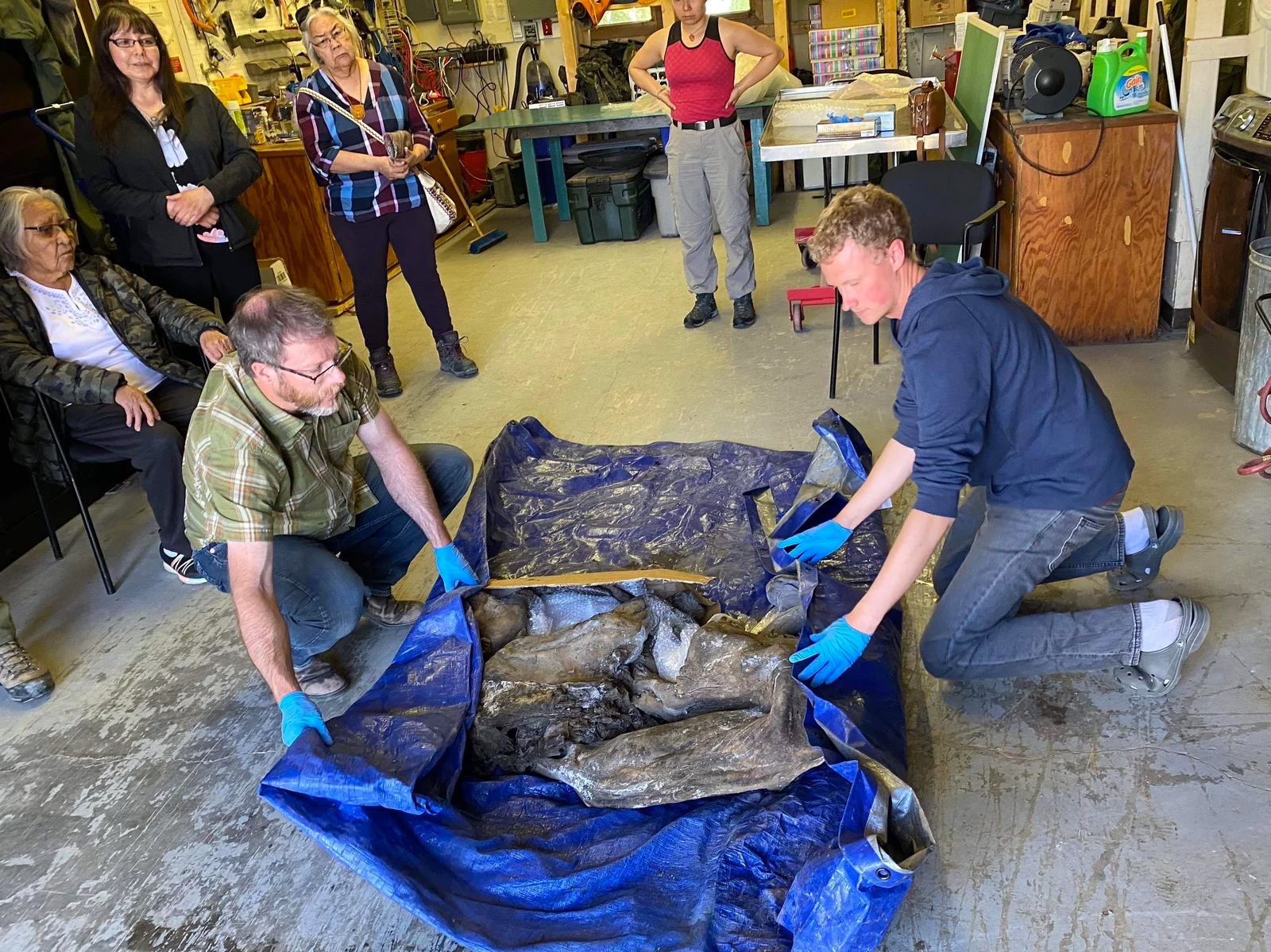 "It has been one of my lifelong dreams to come face-to-face with a real woolly mammoth. That dream came true today. Nun cho ga is beautiful and one of the most incredible mummified ice age animals ever discovered in the world," said Grant Zazula, an ice age paleontologist.

The baby mammoth, considered a relative of modern elephants, likely roamed alongside wild horses, cave lions and giant steppe bison, according to the news release.

The water came back A librarian collects all the things left in books — from love letters to old photos Fiona the Hippo gets a little brother
By posting comments, you agree to our
AZPM encourages comments, but comments that contain profanity, unrelated information, threats, libel, defamatory statements, obscenities, pornography or that violate the law are not allowed. Comments that promote commercial products or services are not allowed. Comments in violation of this policy will be removed. Continued posting of comments that violate this policy will result in the commenter being banned from the site.