Here's how to watch the total lunar eclipse on May 15

Step outside Sunday night and you'll be able to catch a glimpse of the total lunar eclipse. Tweet 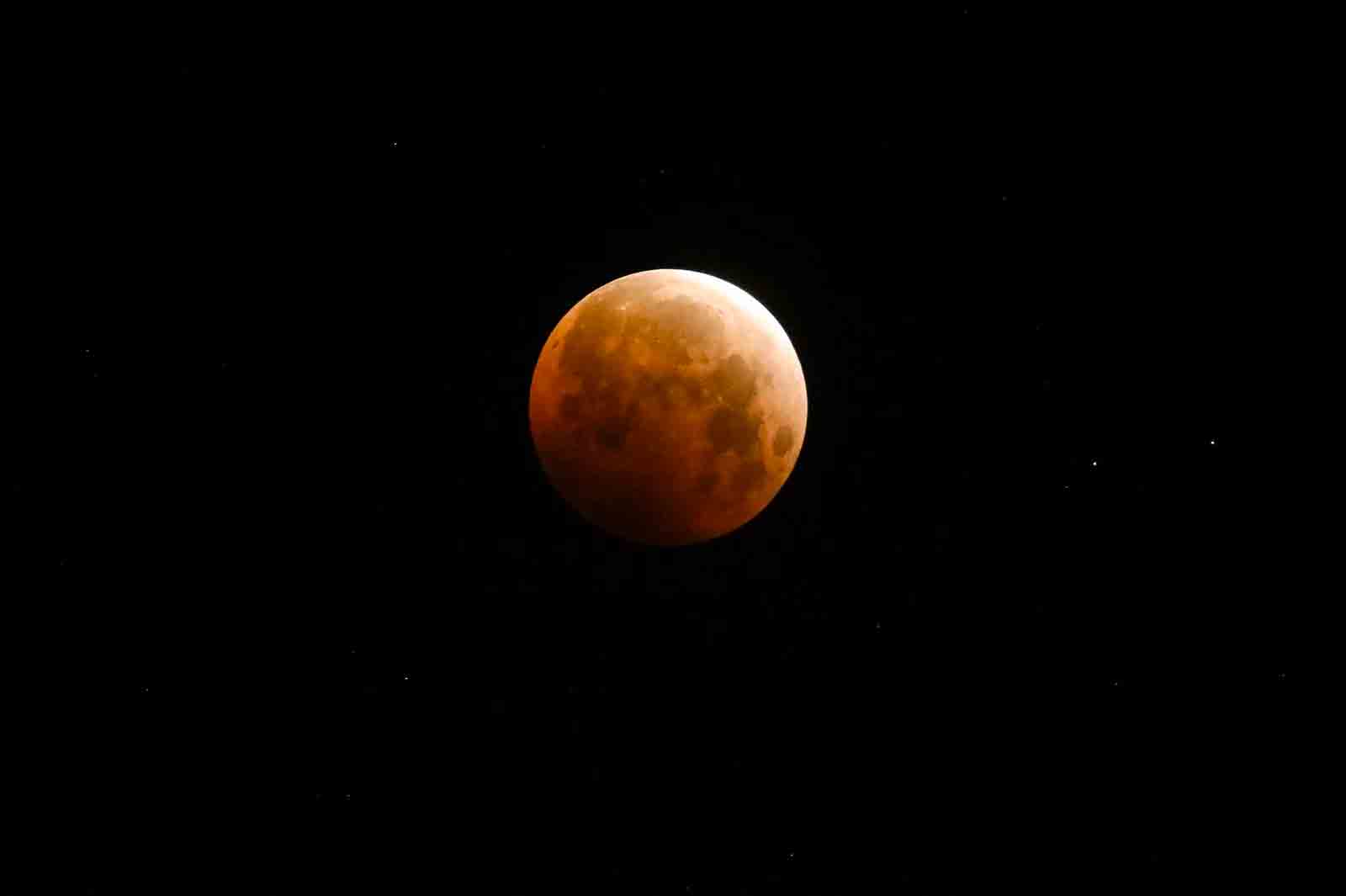 Light shines from a total lunar eclipse over Santa Monica Beach, Calif., in May 2021.
Ringo H.W. Chiu/AP
Late in the evening, the full moon is slated to pass directly into Earth's shadow cast by the sun, illuminating the moon a brilliant red.

According to NASA, the moon will begin to enter Earth's shadow – also known as the umbra – around 10:30 p.m. ET on Sunday.

Totality – or the period when the moon is fully immersed in Earth's shadow – will begin at about 11:30 p.m. ET and last for roughly an hour and a half.

At least part of the eclipse will be visible across most of the Americas, Europe and Africa, NASA says, with large portions of the continents able to see the total eclipse. 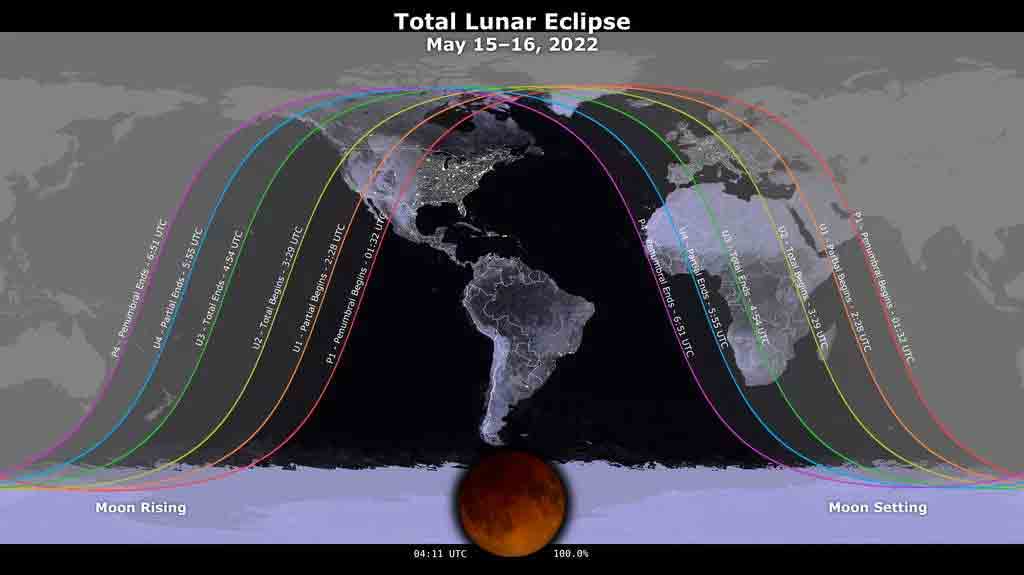 A map showing where the May 15-16, 2022 lunar eclipse is visible. Contours mark the edge of the visibility region at eclipse contact times. The map is centered on 63°52'W, the sublunar longitude at mid-eclipse.
NASA

Unlike a solar eclipse – when the moon passes between the Earth and the sun – it's safe to look at a lunar eclipse with your naked eyes, since the sun is at your back.

You can simply step outside and gaze up at the transit or use binoculars or a telescope to get a better view.

Can't get outside to see the eclipse? NASA will be live streaming the event online, with views from around the world.

Why does the moon turn red during a lunar eclipse?

Picture the celestial bodies in a line. From left to right, you've got the sun, then the Earth, then the moon.

The sun is shining directly on the Earth, creating a shadow on the far side. That's what the moon passes through during the eclipse.

If you were standing on the moon looking at Earth, our world would be silhouetted in a red halo. NASA describes this as all the sunrises and sunsets occurring around the globe at that time.

It's that red-orange light that's projected through Earth's atmosphere and onto the moon, giving it the warm red tone it takes on during the eclipse.

That's also the origin of the term "blood moon."

Sony photo awards: Computers on horseback, magnificent mountains, bathing elephants Amputee Jacky Hunt-Broersma ran 104 marathons in 104 days — and may have set a record Watch: Congressional District 6 Republican Debate
By posting comments, you agree to our
AZPM encourages comments, but comments that contain profanity, unrelated information, threats, libel, defamatory statements, obscenities, pornography or that violate the law are not allowed. Comments that promote commercial products or services are not allowed. Comments in violation of this policy will be removed. Continued posting of comments that violate this policy will result in the commenter being banned from the site.