There's a shortage of vets to treat farm animals. Pandemic pets are partly to blame

For decades, farmers have endured a shortage of rural veterinarians, but the problem is now at an all-time high. by NPR/Scott Neuman Tweet 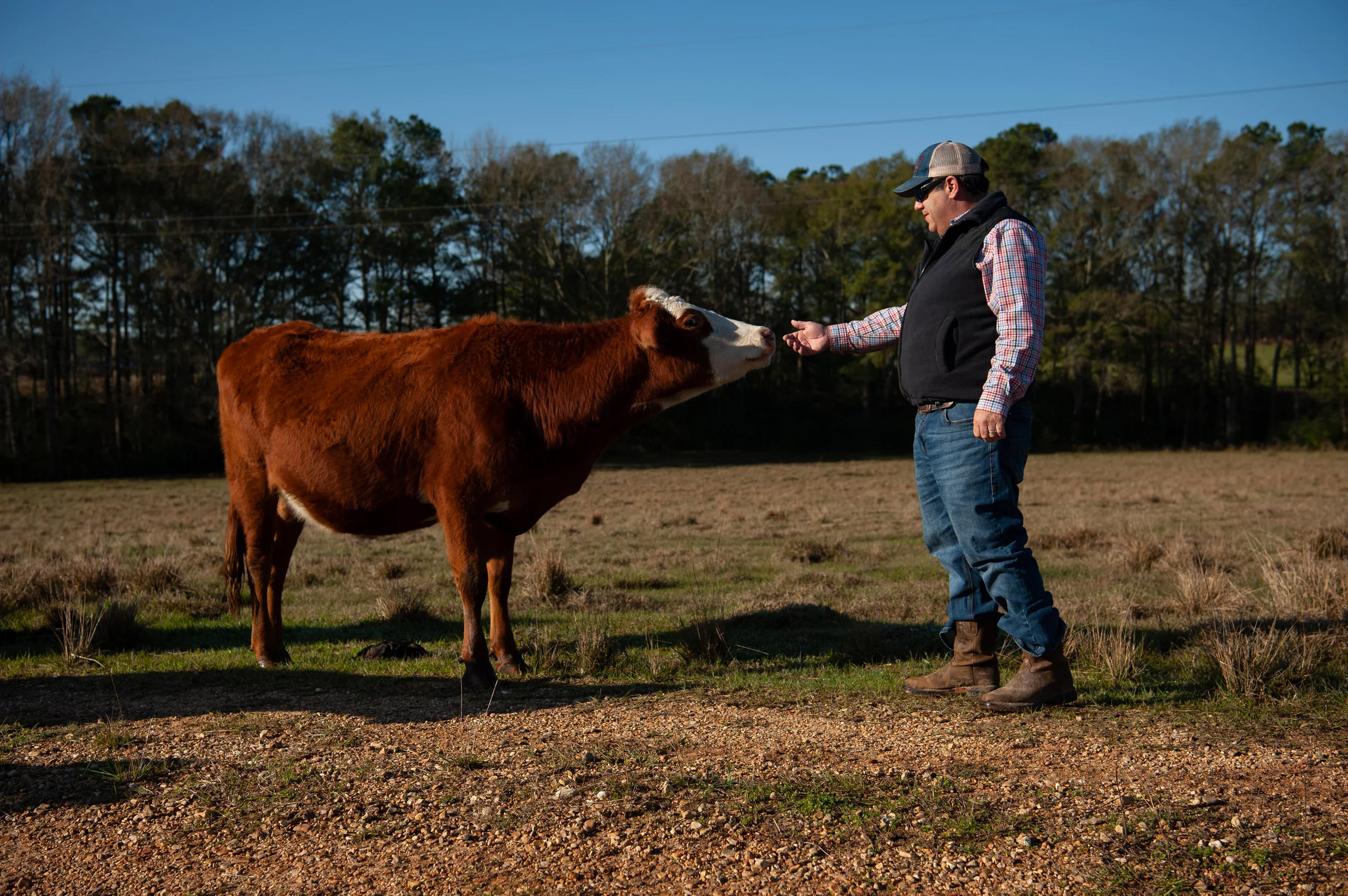 One night last spring, Andy Berry, a livestock farmer in Mississippi, was working the phone. One of his cows was experiencing a life-threatening breech birth and his regular veterinarian, 40 minutes away, was unavailable.

Berry, who is also executive vice president of the Mississippi Cattlemen's Association, spent two hours calling around for help, finally reaching another vet, who immediately made the one-hour drive to his farm in rural Jefferson Davis County.

By the time she arrived, it was too late. "Ultimately, we ended up losing both the cow and the calf," Berry, 48, says. "Between the time it took to get to the farm and the complications of the labor, it was too much." 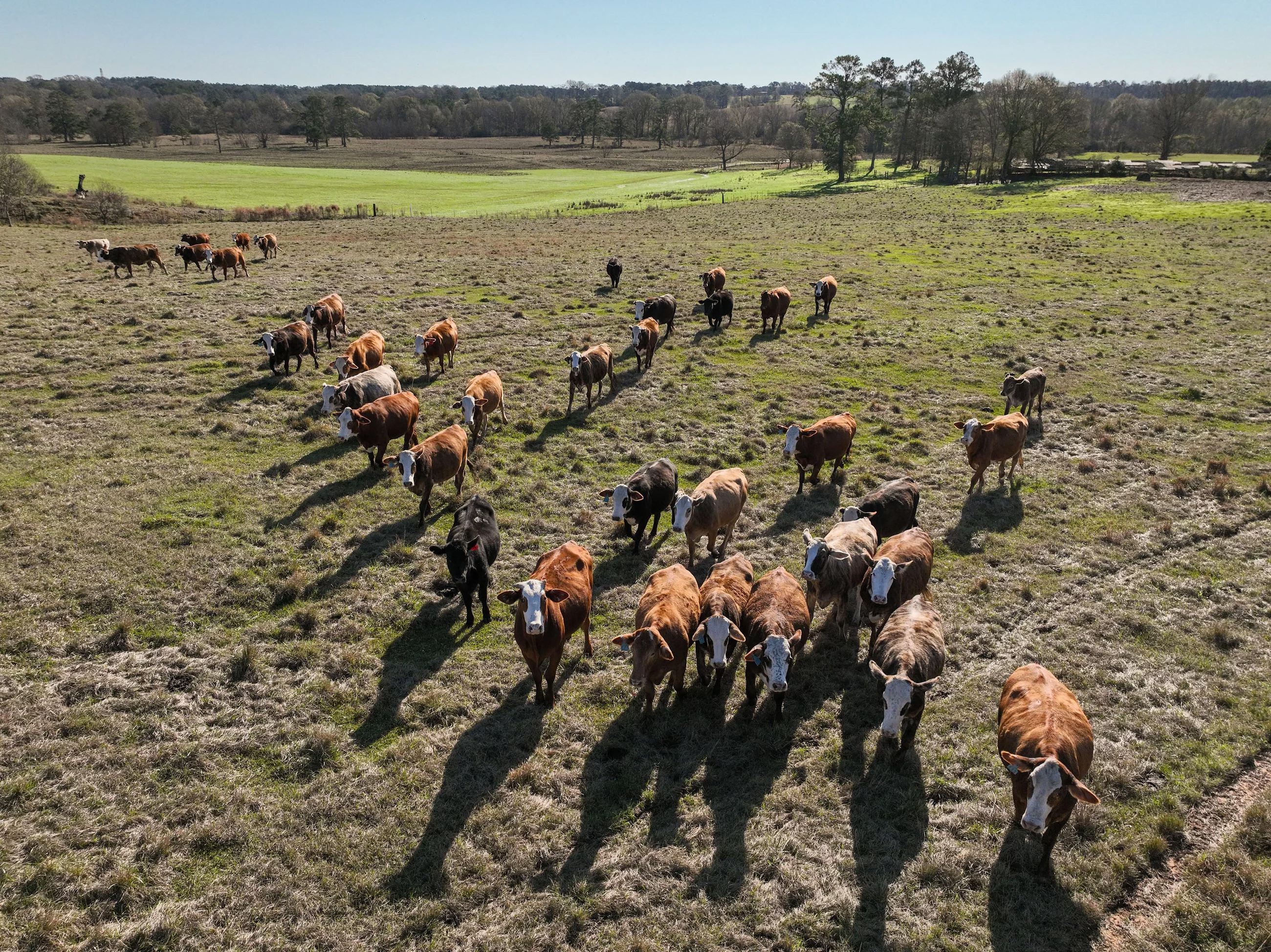 Experiences similar to Berry's are becoming more common across the country. For decades, farmers have endured a shortage of rural veterinarians – the kind who specialize in care for animals like cows, pigs and sheep. But the problem is now at an all-time high – with 500 counties across 46 states reporting critical shortages this year, according to the U.S. Department of Agriculture

Some counties have no vets to treat farm animals

"We are losing animals because we just have no one to come to the farm in time to save them," said Sen. Cindy Hyde-Smith (R-Miss.) in a Dec. 6 hearing of the Senate Committee on Agriculture, Nutrition and Forestry. "We have counties in Mississippi that don't even have a large animal veterinarian."

The shortage is mirrored by a growth in the number of veterinarians that Americans are much more familiar with – those who take care of the family pet. Since at least the early 2000s, more veterinarians have chosen the better pay and more reasonable work hours that go with a practice that focuses primarily or exclusively on "companion" animals. With the COVID-19 pandemic-driven spike in pet ownership, demand – and salaries – for companion animal veterinarians have increased rapidly, according to the American Veterinary Medicine Association, or AVMA.

The implications of this shortfall go beyond the farm. Some farmers and the AVMA warn that without enough vets on the front line, the food supply chain is vulnerable to diseases such as foot and mouth and swine flu. 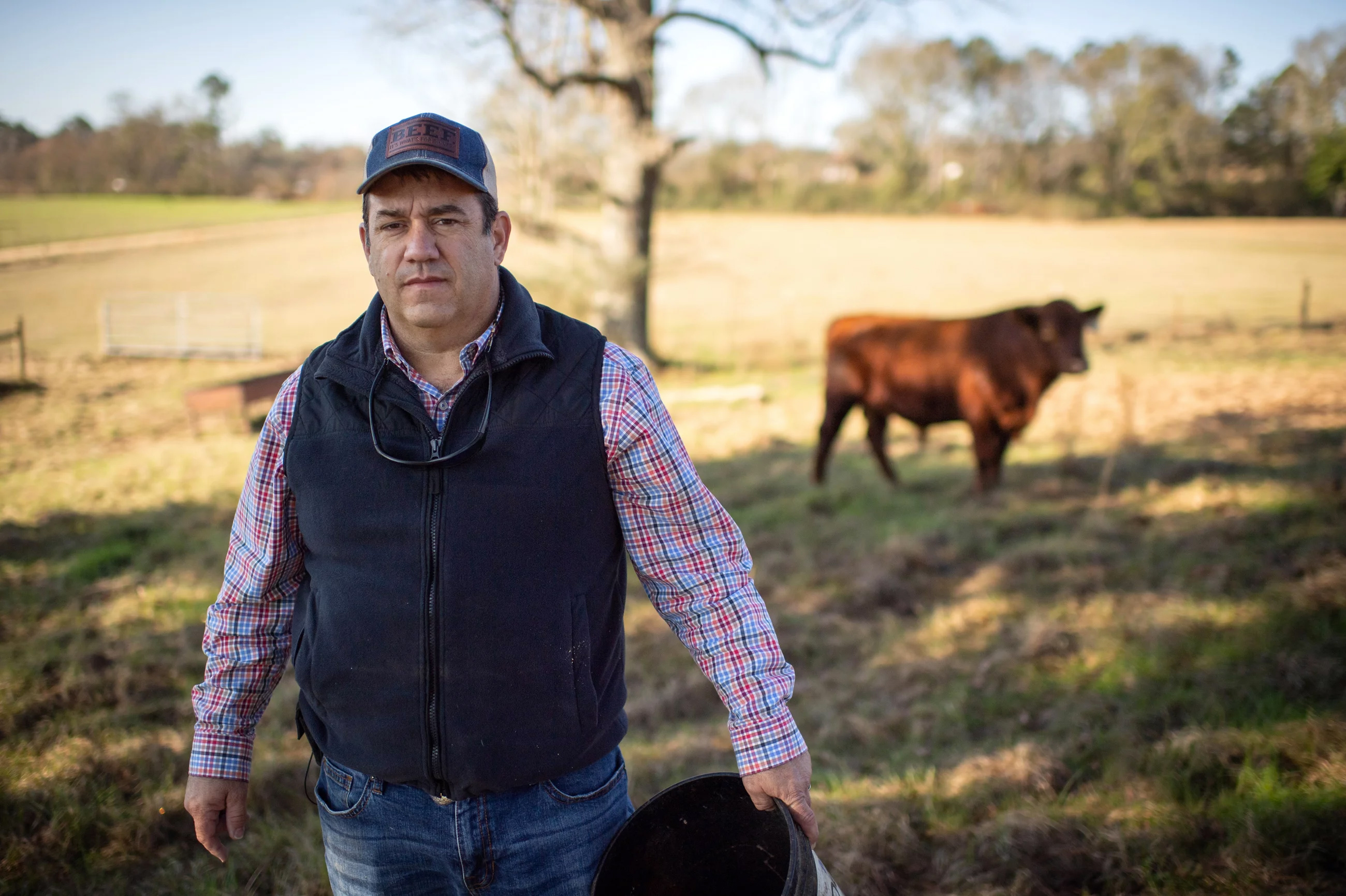 Andy Berry stands for a portrait while feeding cattle on his farm in New Hebron, Miss., on Dec. 16, 2
Rory Doyle for NPR

"Food-animal veterinarians are a front-line defense in the surveillance, prevention, treatment, and control of animal diseases," AVMA President Dr. Lori Teller wrote in an email to NPR. "Veterinarians help to protect the health and welfare of animals that produce eggs, milk, meat, wool, and other protein and fiber products," she says.

Teller says that among veterinary school graduates, nearly half are choosing to work exclusively with companion animals, with another 8% selecting mixed practices, where they might treat a dog and cat one day and a cow the next. Fewer than 3% of recent graduates choose to work exclusively with food animals, with others deciding to pursue advanced degrees or go into specialties, such as horse care.

Despite the clear need, many who start out working with food animals find that the grueling and sometimes dangerous work leads to burnout. 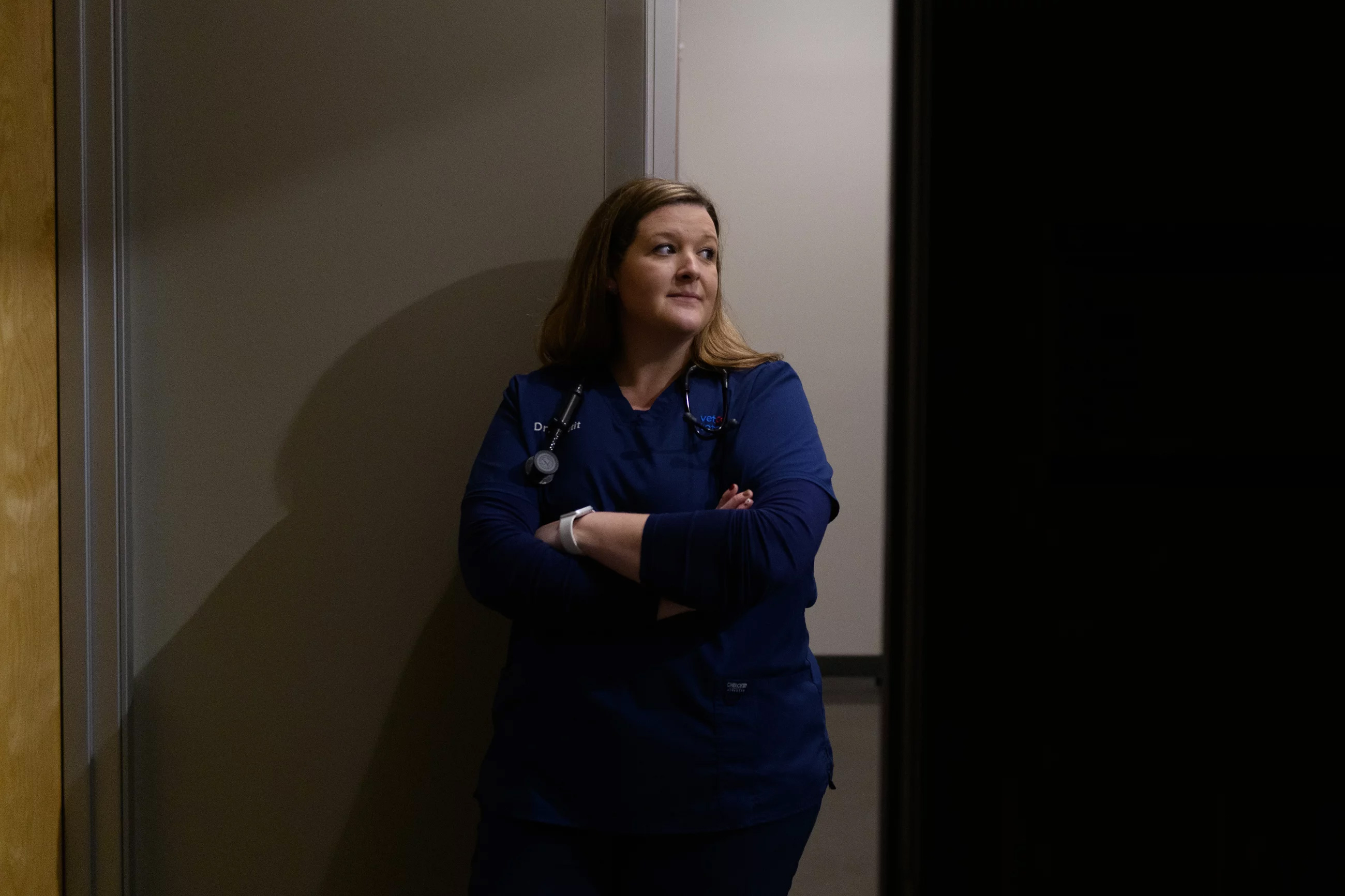 Dr. Remington Pettit, 37, has seen both sides of the profession. She grew up in rural Oklahoma, and attended veterinary school at Oklahoma State University. When Pettit graduated, she chose to work in mixed practices, focusing on the treatment of horses and cattle in her native state.

"I worked the sale barn," Pettit says, referring to cattle auctions. "I did spay-neuter. I did farm calls. I did emergencies. It was all hours of the day, 365 days a year." In the rural area she covered, a considerable amount of driving to appointments made the days even longer.

About five years ago, she hit a breaking point. Pettit, 37, was still carrying university debt, and just starting a family. For her, it was mainly exhaustion and the physical toll of working with large animals that prompted a switch to companion animals – where she says she makes double the money she did just a few years ago. But the physical demands of the job and its inherent dangers were also factors in her decision, she says. 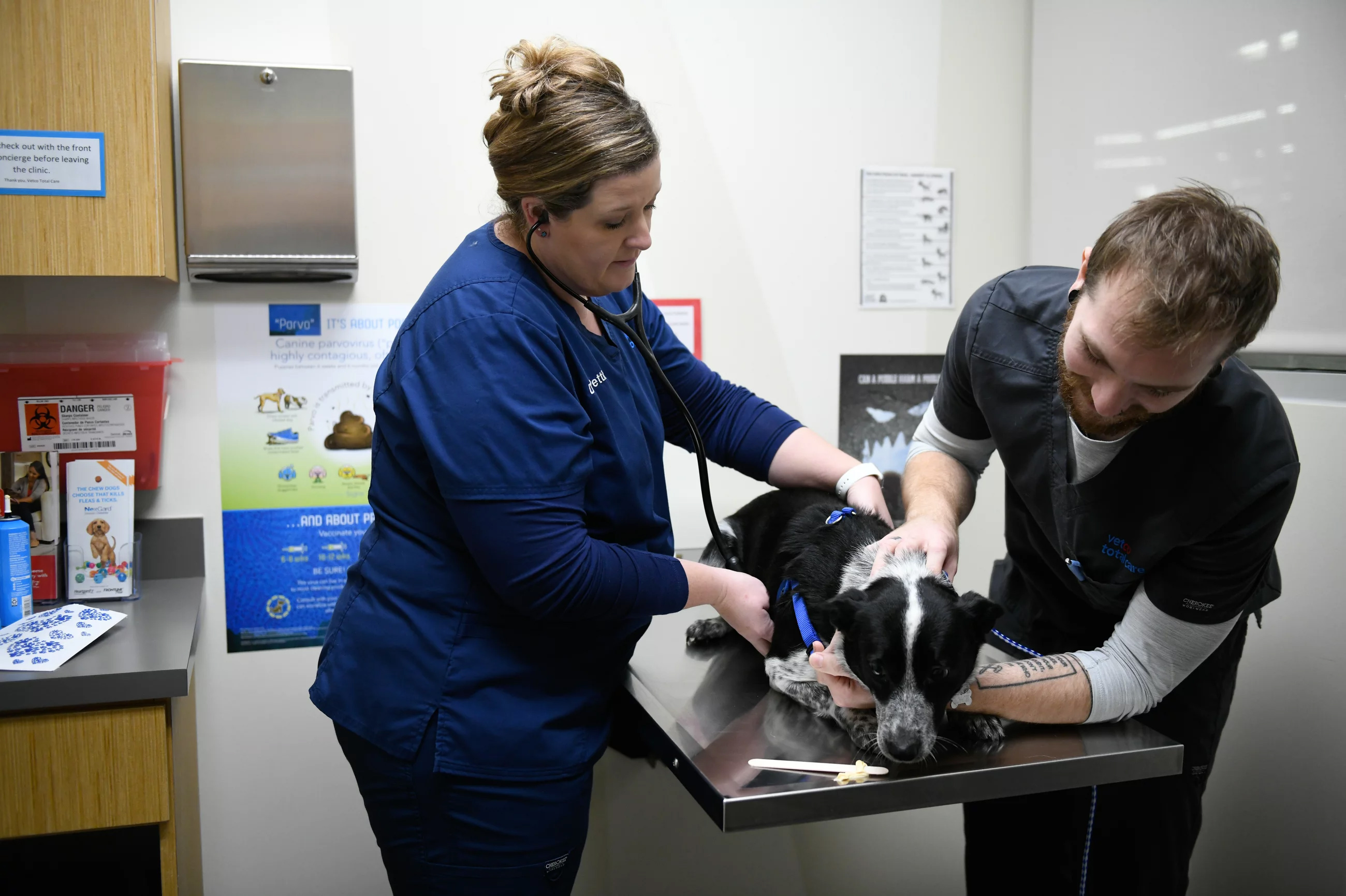 Farm veterinarians are more likely to get hurt on the job

That's a theme echoed by many large-animal veterinarians. A 2020 study found more than half of all veterinarians reported work-related injuries over a two-year period, with those working with large farm animals twice as likely to get hurt.

"Getting hurt is a daily concern for men and women," says Dr. Christine Navarre, a professor at Louisiana State University's School of Animal Sciences. "I think that a lot of our incoming students maybe have a romanticized view of veterinary medicine."

"TV doesn't help that. And then they get out there and they're faced with this huge amount of debt in a rural area that's isolated," Navarre says. Vet school graduates are "mostly female, so you throw a few kids in there and you throw some struggles with daycare, and they just give up at about five years." 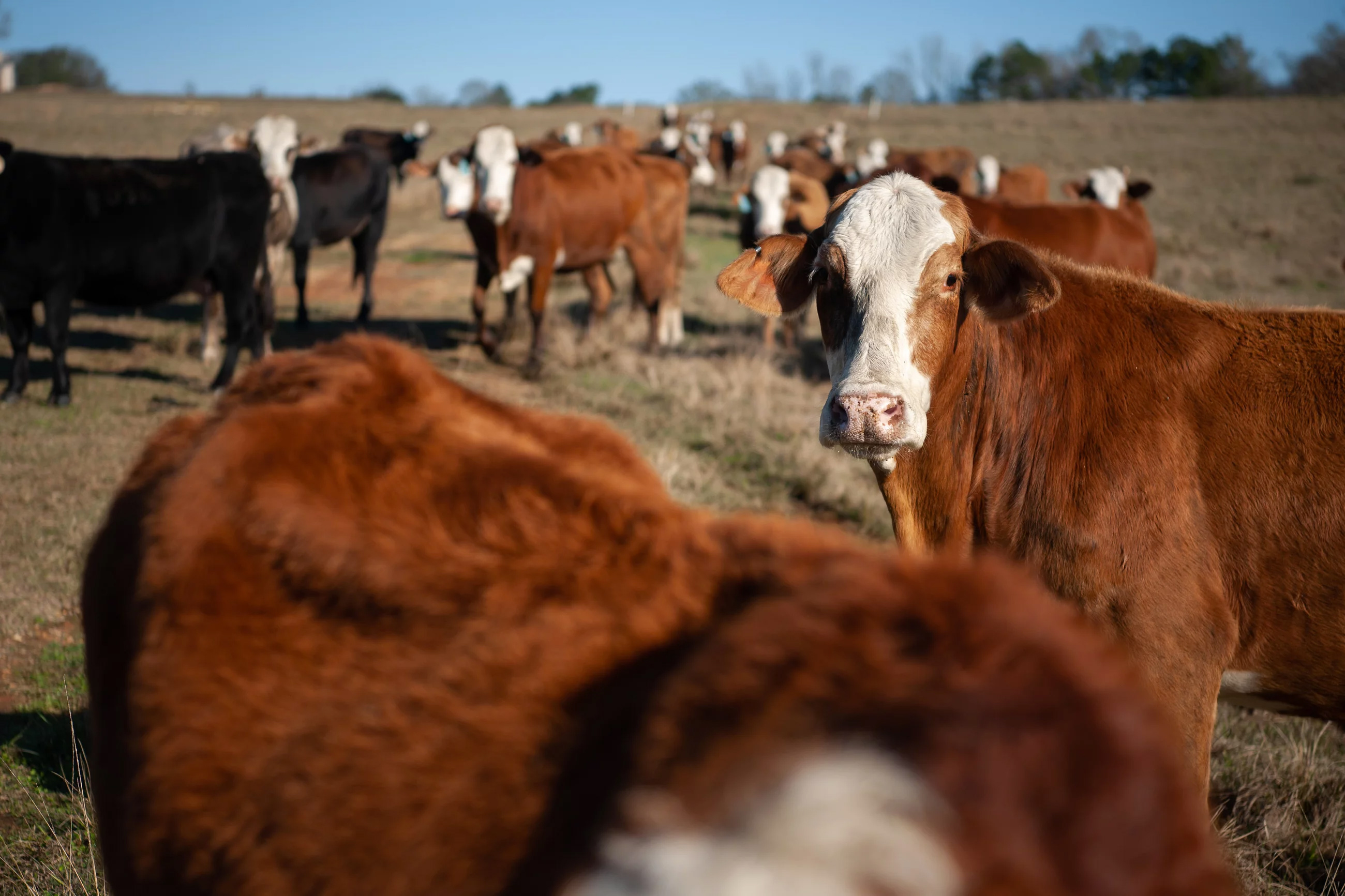 Dr. Roger Dudley, state veterinarian at the Nebraska Department of Agriculture, left a mixed practice 10 years ago, where he had worked with "both small and large animals in a small town."

"Physically, my body started to complain," Dudley, 58, says. "I spent 21 years in practice and the last seven of those years I was by myself."

Veterinarians spend four years in vet school after completing an undergraduate degree. On average, they leave school with nearly $190,000 in debt, says Dr. Rosslyn Biggs, the director of continuing education for the College of Veterinary Medicine at Oklahoma State University. In 2021, the mean starting salary for a veterinarian working exclusively or predominantly in the treatment of food animals was about $85,000, compared to more than $100,000 for those who specialize in pet care, according to the AVMA.

"When you've got six figures of debt and then you're looking at trying to buy a practice or buy into a practice, and then the equipment and technology related to that, those numbers become hard to finance," Biggs says.

'It's going to be a hard void to fill'

For more than a decade, the U.S. Department of Agriculture has been offering a program that provides up to $75,000 in veterinary school loan repayment to those who agree to work in underserved rural communities for a minimum of three years. But there's not enough money in the program to fill the gaps in rural communities, critics say. Some in Congress, such as Mississippi Sen. Hyde-Smith, are pushing to expand the program and to make the awards tax-free.

"I think it's going to be a hard void to fill," acknowledges Bob Smith, national program leader for animal health at the USDA's National Institute of Food and Agriculture. "We need to do a better job of educating and introducing the kids in secondary schools and in high schools to agriculture and to the possibilities of veterinary medicine." 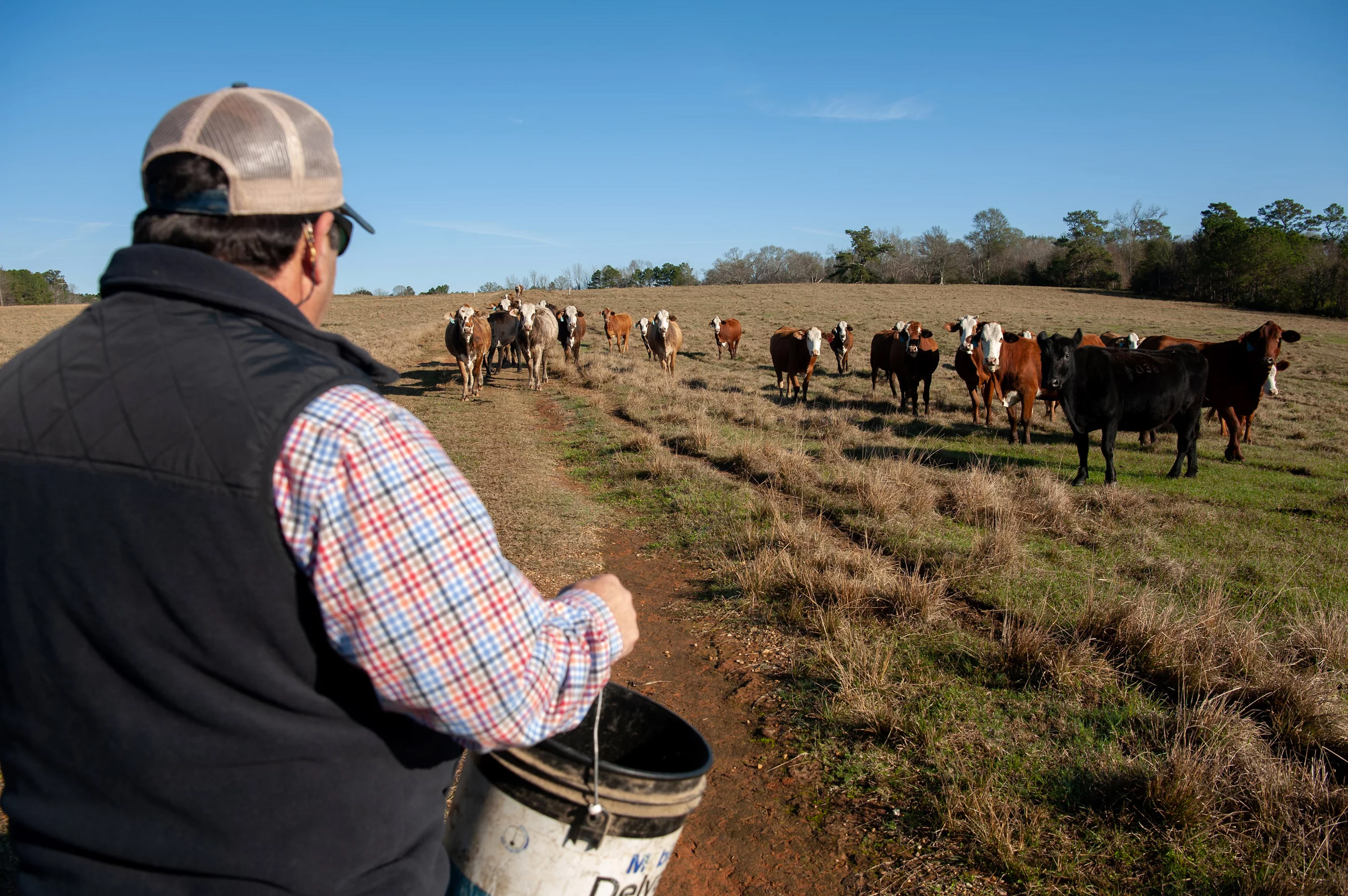 Andy Berry feeds cattle on his farm in New Hebron, Miss., on Dec. 16, 2022.
Rory Doyle for NPR
Meanwhile, starting in June of 2023, access to common antibiotics, such as penicillin and tetracycline, which have long been available to farmers over the counter, will require a vet's prescription.

"Some of these people who have smaller herds are going to run into problems," predicts Jeff Beasley, who has been farming for 30 years in southern Illinois. "They're not just going to be able to go down to the store and get that anymore."

The vet shortage is of bigger concern for small farm operations and could lead to further consolidation in the industry, says Dr. Brenton Credille, an associate professor at the University of Georgia College of Veterinary Medicine. Some critics say that could reduce competition and limit opportunities for independent farmers.

He says veterinarians working with large animals in rural areas need to shift their focus to preventative care in order to avoid getting burned out.

"It's a two-pronged issue, where veterinarians need to get out and educate producers ... and [do] a better job of teaching students the dynamics of preventive care without forgetting the emergency side of things that every student is really familiar with," Credille says.

Berry, the farmer who lost his cow and calf last year, doesn't think things will get better anytime soon. On the horizon, he sees "a big retirement of aging large [animal] practitioners out there serving communities."

USDA awards $4.7 million to new partnership with UA for 'climate-smart' food production Episode 349: Exploring the University of Arizona campus arboretum NASA's Webb telescope has discovered its first exoplanet
By posting comments, you agree to our
AZPM encourages comments, but comments that contain profanity, unrelated information, threats, libel, defamatory statements, obscenities, pornography or that violate the law are not allowed. Comments that promote commercial products or services are not allowed. Comments in violation of this policy will be removed. Continued posting of comments that violate this policy will result in the commenter being banned from the site.