× CORONAVIRUS: The latest coverage and resources regarding COVID-19 from the Arizona Public Media newsroom.
March 19, 2021

The artifacts were found in an arid desert region where the Dead Sea Scrolls were first discovered in the 1940s and 50s. TWEET SHARE 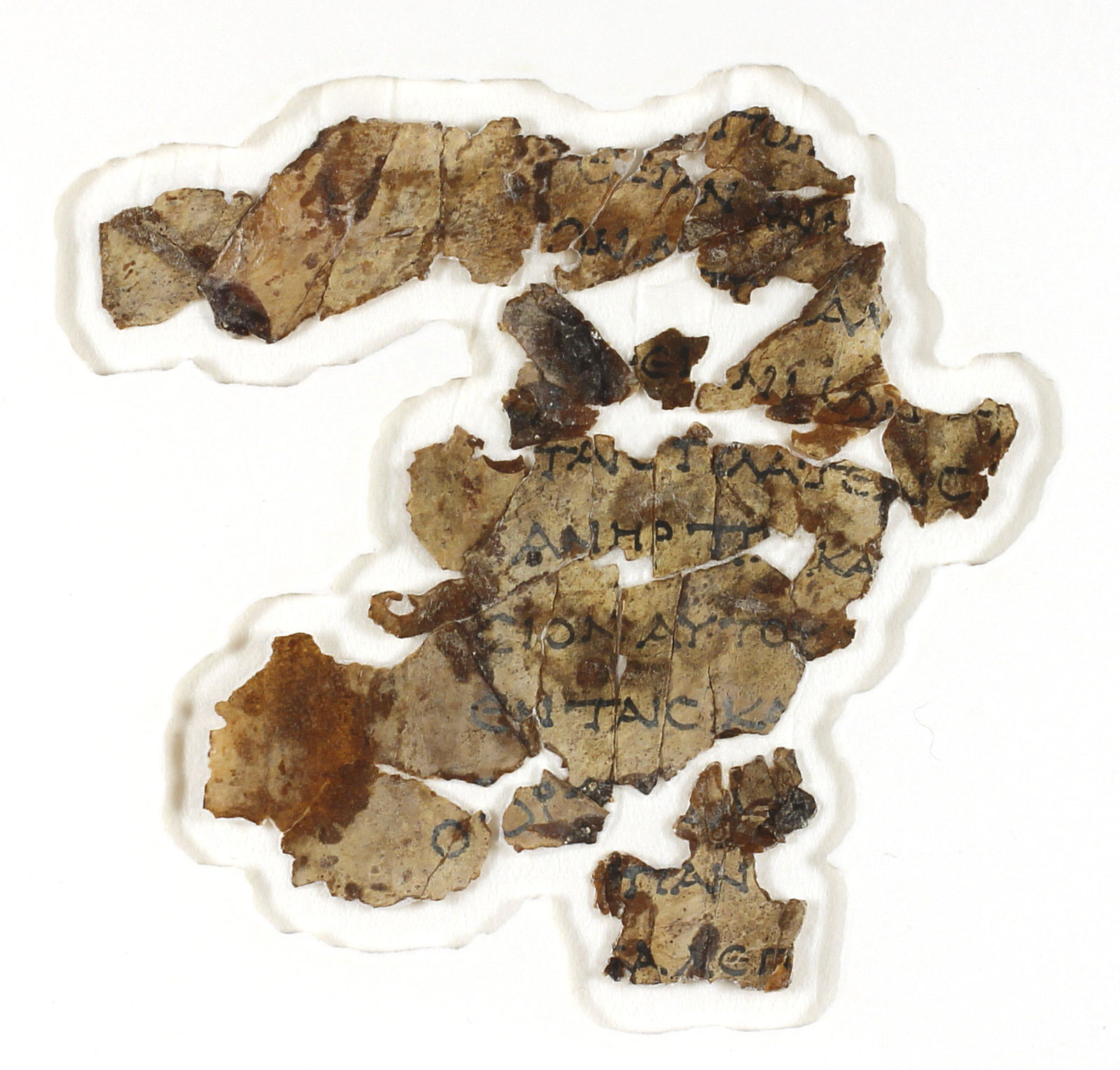 JERUSALEM — Israeli government archaeologists say they have discovered tiny fragments of an ancient biblical scroll near the Dead Sea, the first time in more than 60 years that Dead Sea Scroll parchments were discovered in a professional excavation and not by looters.

The archaeologists also found a 6,000-year-old mummified child and what they think is the world's oldest fully intact basket, dating back about 10,500 years.

The artifacts were found in an arid desert region where the Dead Sea Scrolls, a collection of parchments and papyri including the world's oldest copies of biblical texts dated between the third and first centuries B.C., were first discovered in the 1940s and 50s.

The new discoveries were a result of a massive Israeli government operation to excavate hundreds of caves along the Dead Sea to find more scrolls. 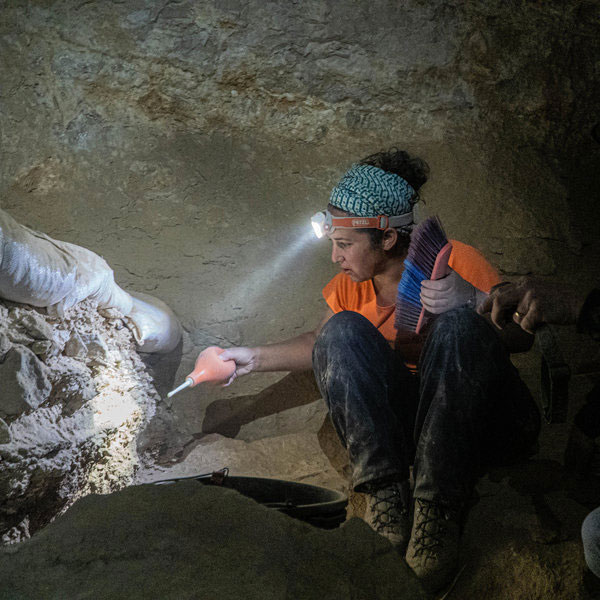 "We said, we need to get to these things before the robbers do," said Amir Ganor, who heads the Israel Antiquities Authority's anti-looting squad.

In 2013, Palestinian antiquities looters unearthed in a Dead Sea-area cave an impressive 2,700-year-old papyrus bearing the oldest-known Hebrew inscription of the word "Jerusalem." It tipped off Israeli officials to the potential of more unearthed inscriptions in the caves, Ganor said.

For four years, archaeologists rappelled down desert cliff sides and excavated nearly all of the approximately 500 known caves alongside the western shore of the Dead Sea, which lies in both Israel and the Israeli-occupied West Bank. Researchers still have about 20 caves to excavate. All but three of the caves had already been visited by looters going back to the 1950s, Ganor said. But not everything was looted.

In the Nahal Hever area of Israel, in the Cave of Horror – named after the dozens of human skeletons discovered there in an Israeli dig in the 1960s – the team found a crumpled bundle of dozens of tiny parchment fragments in ancient Greek.

Pieced together like a puzzle, researchers determined them to be Greek translations of several verses from Twelve Minor Prophets, a book of the Hebrew Bible. They corresponded to larger pieces of the scroll discovered by an Israeli archaeologist in the same cave in the 1960s. 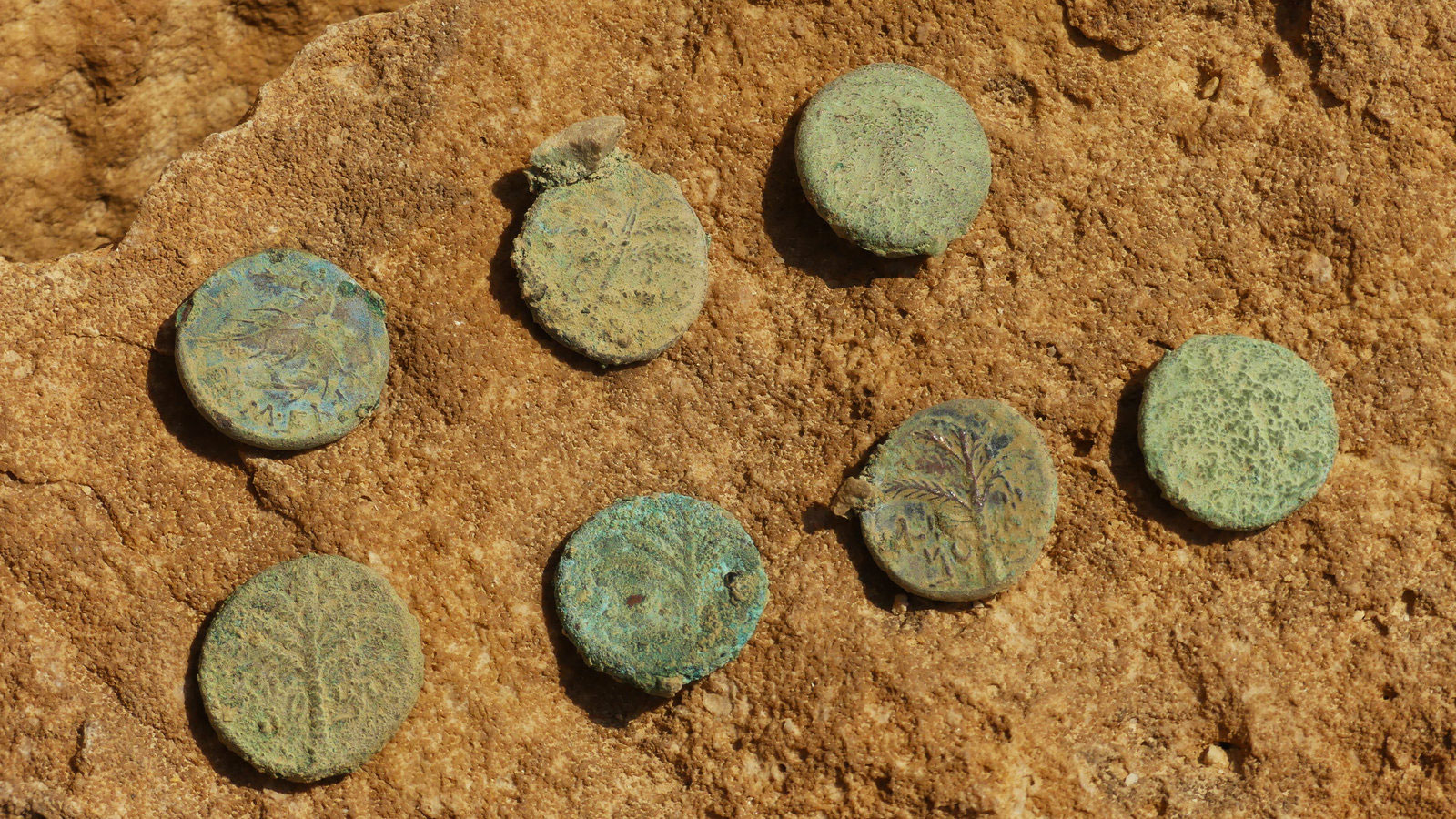 Cache of coins from the period of the Bar Kokhba revolt against Rome.
Ofer Sion/Israel Antiquities Authority

Based on the style of the Greek script, the scroll fragments appear to have been written in the first century B.C. Based on coins found in the cave, the scroll was probably brought to the cave in A.D. 135 at the end of a Jewish revolt against the Romans named for its leader, Bar Kokhba.

Researchers say it indicates that Greek was widely spoken in the Jewish community at the time, in addition to Hebrew and Aramaic. The texts are entirely in Greek except for the Tetragrammaton, the revered four-letter name of God, which appears in the fragments in Ancient Hebrew characters.

"This manuscript was over a century old at that time. It was probably, maybe, some sort of family heirloom," said Oren Ableman, researcher at the Dead Sea Scrolls Unit of the Israel Antiquities Authority. "It was probably a rather valuable scroll."

One of the verses on the fragments is from Zechariah 8:16: "Speak truth, each man to his neighbor, and render truth and justice in your gates." But the scroll fragments feature a different ending: "...justice in your streets." 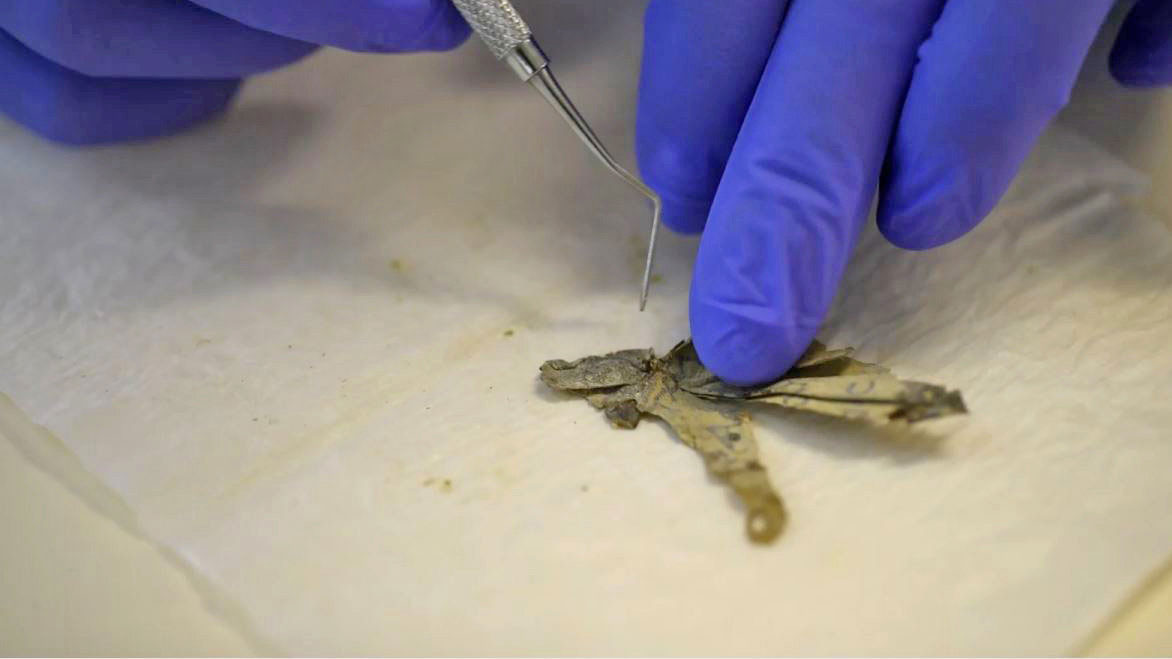 Ableman says it may have been a copying error that reveals the cultural world of the scribe: In the time of the prophets, trials were carried out at the gates of a city, but when the scribe wrote this Greek translation hundreds of years later, he may have been used to seeing trials carried out in city streets.

Also discovered in the Cave of Horror was a 6,000-year-old partially mummified skeleton of a child wrapped in cloth, with skin, tendons and hair partially preserved.

The excavations also extended to Dead Sea-area caves in the Israeli-occupied West Bank. Work by Israeli military archaeologists in the West Bank has periodically raised controversy.

Israel captured the West Bank in 1967, and is responsible for preserving antiquities in large swaths of the area, according to 1990s Israeli-Palestinian peace accords. Israel has faced criticism for moving artifacts out of the occupied territory into Israel, where the latest finds are being kept in climate-controlled laboratories. 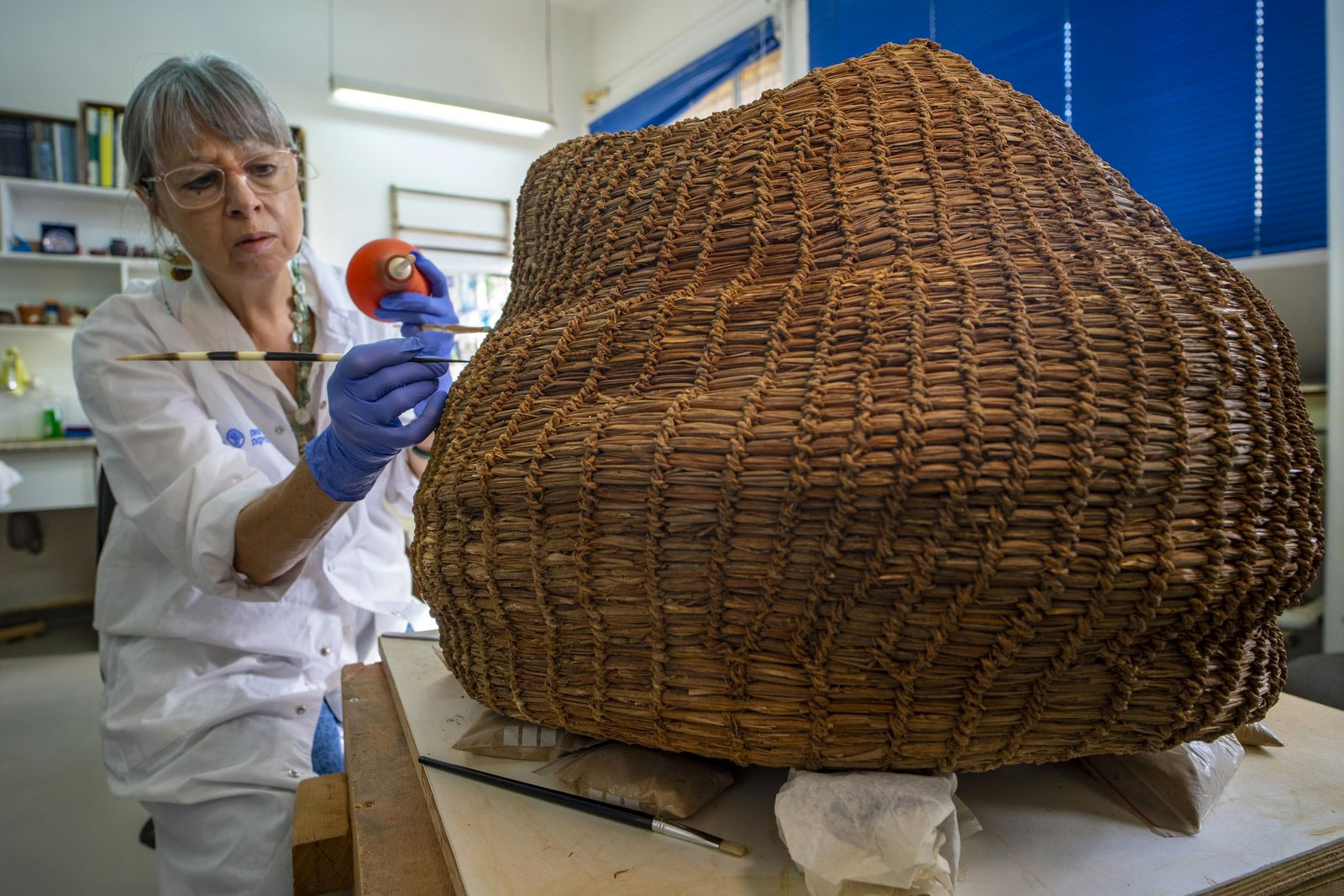 Buried in one of those West Bank caves was a huge, intricately woven basket dating to the Neolithic period, about 1,000 years before the invention of pottery. The basket has a capacity of about 100 liters (26 gallons). Researchers are studying small soil samples found inside to determine what it had once stored.

The basket, said Israeli archaeologist Chaim Cohen, is "the most exciting [artifact] that we found, in my opinion."

Biden Holds 1st Press Conference As President Some Generous Apes May Help Explain The Evolution Of Human Kindness
By posting comments, you agree to our
AZPM encourages comments, but comments that contain profanity, unrelated information, threats, libel, defamatory statements, obscenities, pornography or that violate the law are not allowed. Comments that promote commercial products or services are not allowed. Comments in violation of this policy will be removed. Continued posting of comments that violate this policy will result in the commenter being banned from the site.