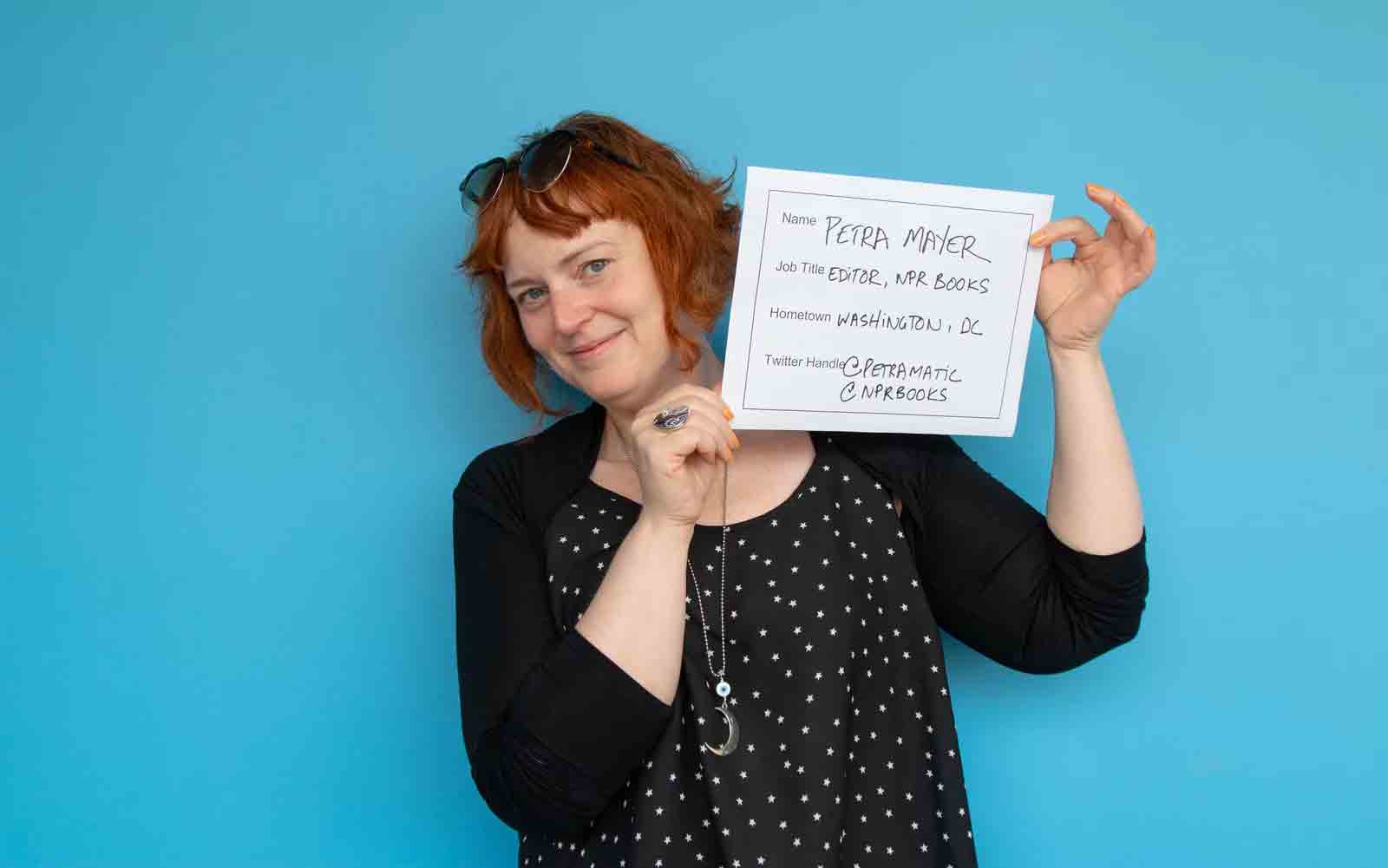 She died suddenly at Holy Cross Hospital in Maryland of what's believed to be a pulmonary embolism, said Nancy Barnes, NPR's senior vice president for news, in an email to staff.

"Petra was NPR through and through," Barnes wrote. "To say that Petra will be missed simply seems inadequate."

Mayer was a proud nerd with a penchant for science fiction, comics and cats, said fellow books editor Meghan Sullivan.

She shared those passions with readers and listeners through her reviews of sci-fi, fantasy, romance, thrillers and comics, her trusty on-the-scene reporting at Comic-Con, and her contributions to the Book Concierge, NPR's annual literary-recommendation tool. She brought her zeal to the guest chair on occasional Pop Culture Happy Hour podcast episodes. 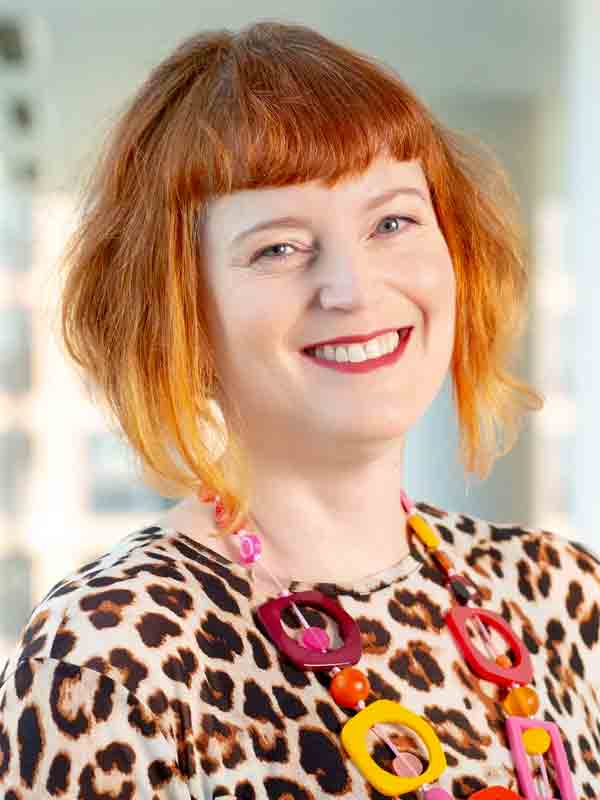 "Her passion and enthusiasm was indelible, and she was generous about sharing both with you," wrote Mallory Yu, a producer and movie editor for All Things Considered.
Allison Shelley/NPR

Prior to joining the NPR Books team in 2012, she was an associate producer and director for All Things Considered on weekends, and also spent time as a production assistant for Morning Edition and Weekend Edition Saturday.

Stu Rushfield, a technical director at NPR, fondly remembered the joy of working with Mayer in the studio back then.

"I can still hear her infectious laugh," he wrote. "She was a caring person who genuinely appreciated the good work of others."

Mayer first landed at NPR as an engineering assistant in 1994, while attending Amherst College. In 1997, she briefly joined Boston's NPR member station WBUR as a news writer. But she found her way back to NPR in 2000, after earning a master's degree in journalism from Columbia University and spending two years as an audio editor at Radio Free Europe/Radio Liberty.

Her colleagues remember her for her smarts, sarcastic humor and loyalty. "She is like the keeper of a certain wonderfulness of NPR," said Rose Friedman, a books and culture editor. "She is the spirit of the place."

"Her passion and enthusiasm was indelible, and she was generous about sharing both with you," wrote Mallory Yu, a producer and movie editor for All Things Considered .

Beth Novey, a producer and editor on the Culture desk, described her as a joyful and generous colleague, collaborator and friend. "She was always up for anything — whether it was taking on a last-minute edit, dressing up as the AP Style Guide for Halloween, or making a hedgehog out of cheese for an intern farewell party," Novey recalled. "She'd been knitting hats for the new babies on the Arts Desk — and it's impossible to imagine even a single day at NPR without her."

"She was the best and rarest species of nerd, whose enthusiasm was eager and sincere and open and inviting," tweeted Glen Weldon, an NPR culture critic and a host of the network's Pop Culture Happy Hour podcast. "She wanted you to love the stuff she loved, and supplied you hard incontrovertible evidence to support her thesis."

Mayer traced her nerd-dom back to George Orwell's dystopian novel, 1984, which she happened to read in 1984 when she was 9 years old.

"My dad handed me his old college copy of the book and said, 'Here, I think you're ready to read this,' " she said in a 2018 "Faces of NPR" interview. "I was hooked, and started reading all the dystopia I could get my hands on, and the rest is history."

Watch: Former Secretary of State Colin Powell's funeral service In Jupiter's swirling Great Red Spot, NASA spacecraft finds hidden depths Rep. Gosar is censured over an anime video showing him killing AOC
By posting comments, you agree to our
AZPM encourages comments, but comments that contain profanity, unrelated information, threats, libel, defamatory statements, obscenities, pornography or that violate the law are not allowed. Comments that promote commercial products or services are not allowed. Comments in violation of this policy will be removed. Continued posting of comments that violate this policy will result in the commenter being banned from the site.