× CORONAVIRUS: The latest coverage and local resources regarding COVID-19 from the Arizona Public Media newsroom.
March 12, 2020

It's pretty much the thrift store dream; to find a rare, long lost treasure on a crowded tchotchke shelf, on sale for a bargain price. by Vanessa Romo/NPR TWEET SHARE 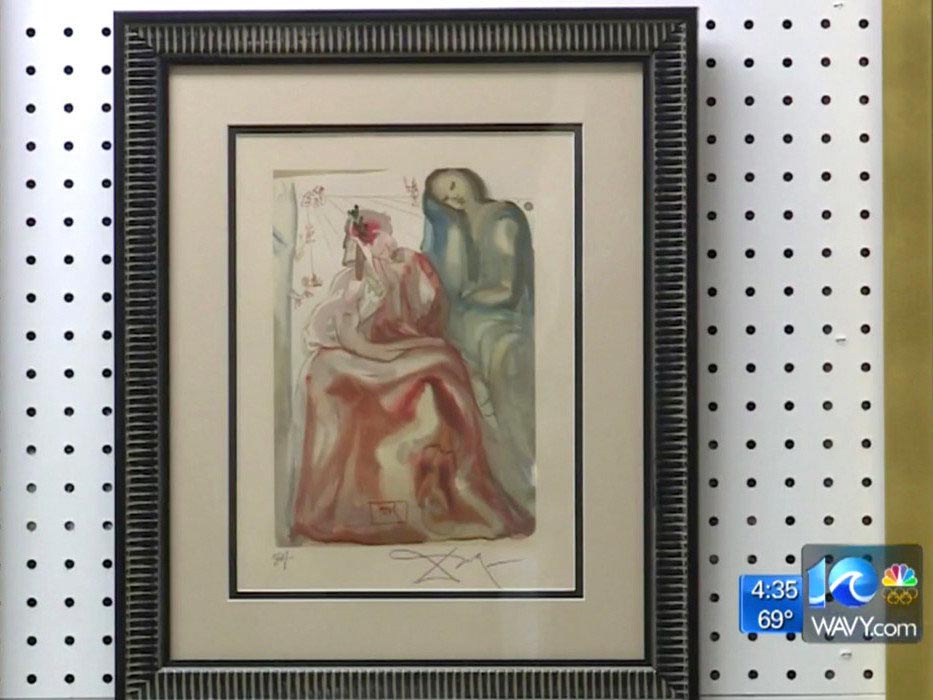 The wood engraving print is part of a series of 100 images illustrating The Divine Comedy, by Dante Alleghieri. WAVY TV
WAVY TV
That's what happened at the Hotline Pink Thrift Shop in Kitty Hawk, N.C., when Wendy Hawkins came across an otherwise ignored piece of art.

"One day I saw this, with a bunch of other paintings lined up on the floor, and I said 'this is old, this is something special,' " Hawkins, who volunteers at the store twice a week, told WAVY TV.

It was priced somewhere between $10 to $50 dollars.

The item turned out to be a 1950s woodcut print that was created and signed by Spanish surrealist painter Salvador Dalí. It is part of a series of 100 illustrations depicting Dante Alighieri's The Divine Comedy, a 14th century Italian poem about the writer's fictional journey from the deepest circles of hell, up the mountain of purgatory and finally to paradise. 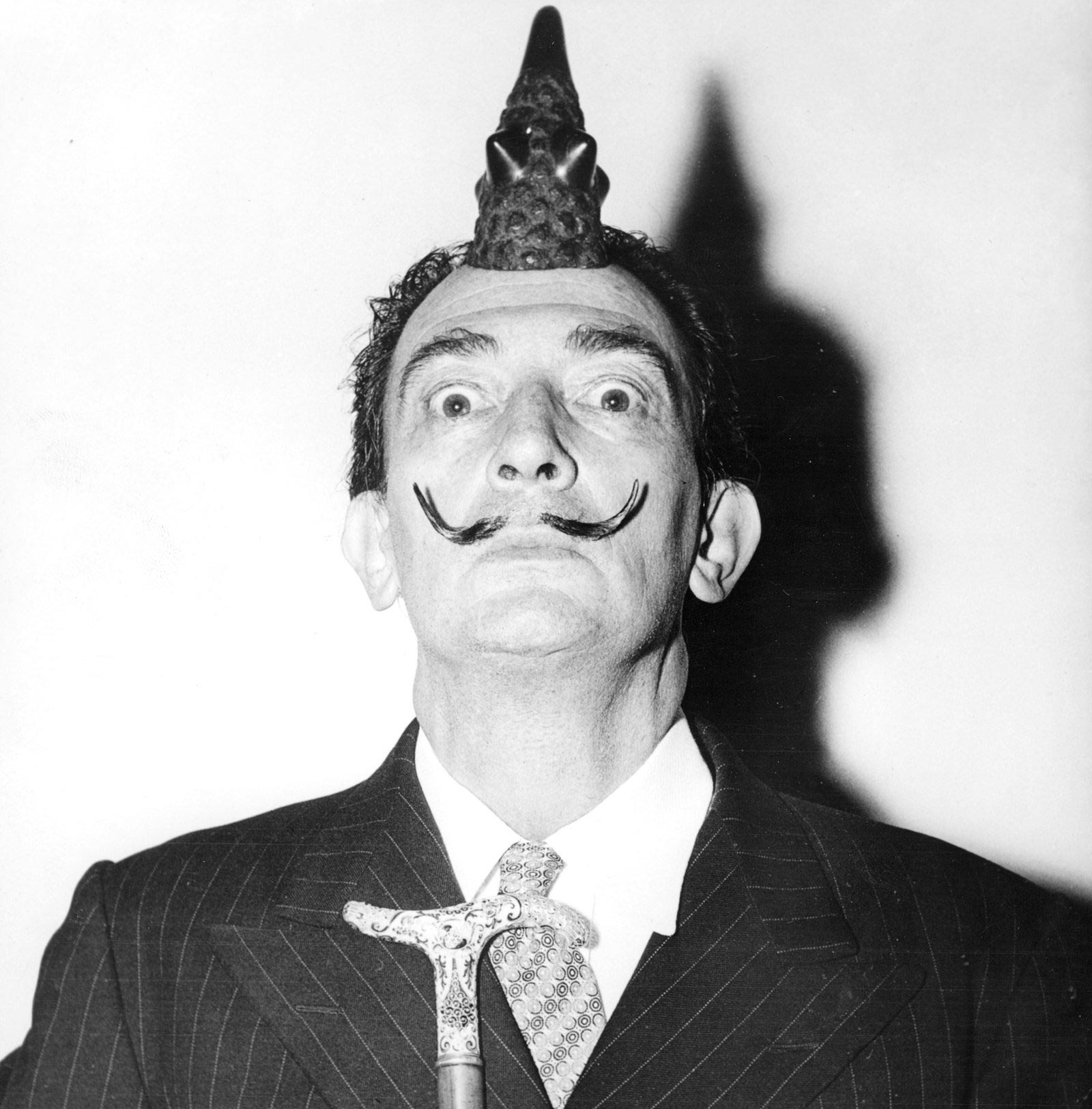 Dalí was a contemporary of Pablo Picasso and Joan Miro and the French writer Andre Breton, who prized the expression of the unconscious above all else — what they called a surreality. The eccentric artist became best known for his melting-clock paintings and is easily recognized by his stiff upturned mustache, which remained so perfectly styled that even nearly 30 years after his death it remained in its classic 10-past-10 position.

Dalí was initially commissioned by the Italian government to make the series in honor Dante's birthday celebration but outrage over a Spaniard taking on an Italian poet's work led officials to drop it. However, the artist had become so taken by the project that he couldn't let it go. In the end he created a series of 100 watercolor paintings — one for each chapter of Dante's book — that were reproduced as wood engravings. Each of those required about 35 separate blocks to complete the image

"And that is what Wendy found," Melanie Smith told NPR.

It's called Purgatory Canto 32 and it shows a woman in blue next to a man in red.

Smith owns the Seaside Art Gallery in Nags Head just down the street from the thrift store. She was the first person Hawkins consulted to learn more about what she'd discovered.

In all, Smith said she worked on authenticating the piece for over a week. "I needed to get permission to take it out of the frame, which was old and dusty, to take a closer look because it is very rare to find something like this at a thrift store."

"Dalí is very difficult to authenticate because there's so many nuances with his work," Smith explained. He also authorized a ton of prints, which he sometimes signed.

Once Smith was convinced it was an actual Dalí original, she helped sell it. It went for $1,200 to a couple who plan to take it out of the gallery later this week. She said part of what made it so valuable is that it bears two signatures — once with a wood stamp and once in handwriting with a purple pencil.

It is unclear who would give up such a valuable art piece and it seems that employees at Hotline Pink Thrift Ship may never find out.

Michael Lewis, director of the charity that runs the shop, told the local TV station they don't have any records of the donation, adding items are often dropped off in the middle of the night.

Proceeds from the sale of the print will go to a nonprofit that supports a shelter for runaway teens and victims of domestic violence and human trafficking.