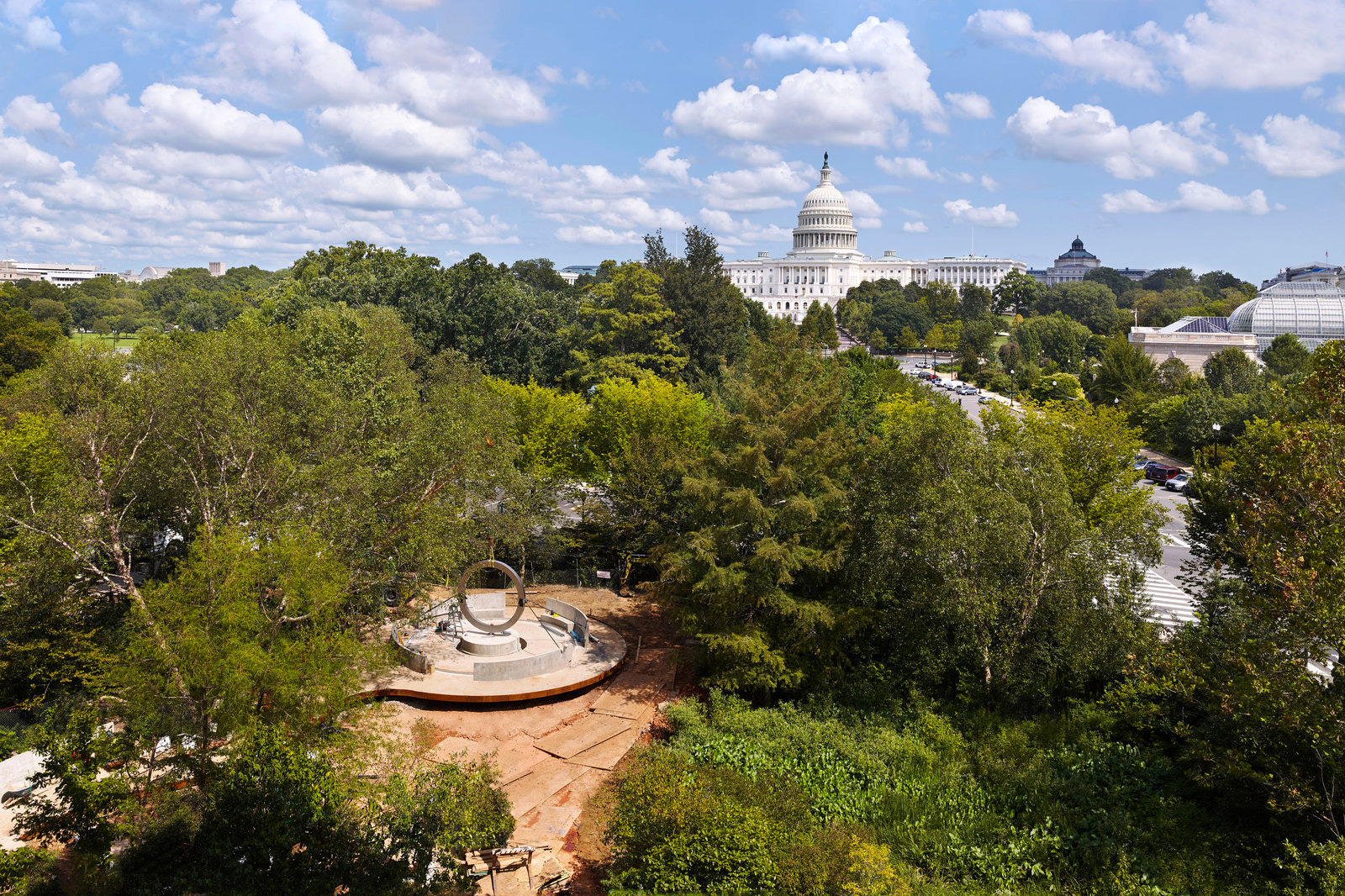 Twenty-five years in the making, a new monument on the National Mall in Washington, D.C., opens on Veterans Day — the National Native American Veterans Memorial.

"It's an article of faith in Indian country that Native Americans serve at a greater rate than basically any other group," said Kevin Gover, the director of the Smithsonian's National Museum of the American Indian and a citizen of the Pawnee Tribe of Oklahoma. He said the steel ring sculpture over a carved stone drum, in a wooded area near the museum's entrance, will become hallowed ground. 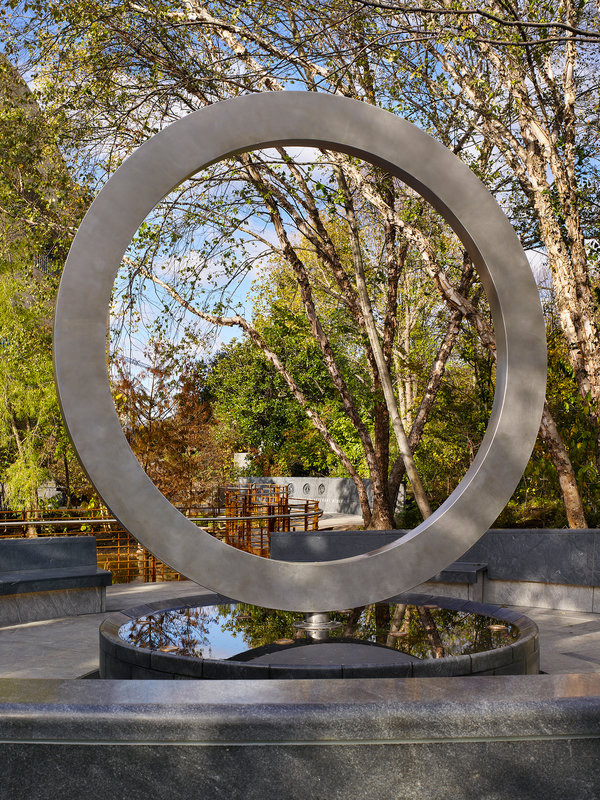 "When people bring their memories and bring their prayers to a place, they make it sacred," he said. "We wish for this to be a sacred place, not just for Native Americas, but for all Americans."

For now, most of those prayers and memories are being sent virtually because of the coronavirus pandemic, but plenty of Native veterans are hoping to sanctify the site when it becomes safe to travel there.

"My ancestors were warriors. Rain-in-the-Face who fought in the Battle of the Little Bighorn or Greasy Grass that they called it," says Marcella LeBeau, a 101- year-old former Army nurse. "My father was a Spanish American war veteran. My brother, oldest brother was a veteran. All down the line."

'Hoping recognition of Native service will be nationwide'

LeBeau is a citizen of the Two Kettle Band, Cheyenne River Sioux. She recalls hearing a constant barrage of German "buzz bombs" during the Battle of the Bulge in World War II, while she worked as a surgical nurse at the 25th General Hospital in Liege, Belgium, just miles from the front.

"To me it was a great honor," she said — and one recognized by her tribe when she returned home to South Dakota. With the memorial, she's hoping recognition of Native service will be nationwide. 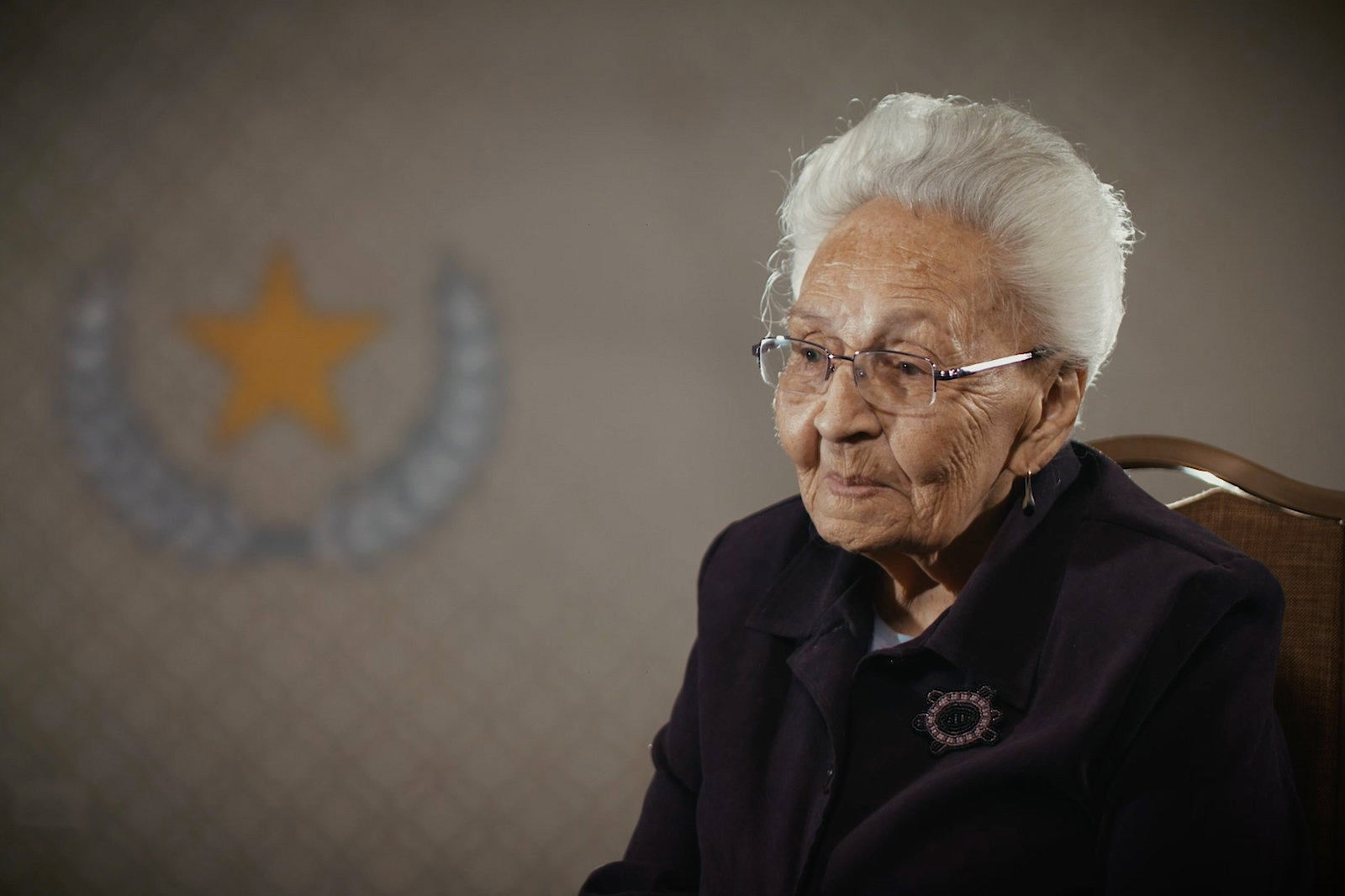 For other Native veterans, a tradition of military service isn't something they heard so much about.

"For a lot of years, I thought I was a first-generation military person," says Army Col. Wayne Don, a native Alaskan.

"Came to find out both of my grandfathers and uncles had served in the Territorial Guard during World War II," he said.

Don has served 27 years so far, including tours in Bosnia and Afghanistan. Learning about his family history of military service was emotional and complicated.

"Not just Native Americans, but some of the other minority groups — ultimately they chose to serve, to represent their people and also to serve a country that sometimes didn't have what proved to be their best interest in mind. But they still did it," he said.

Don said now that the country is wrestling with questions about racial justice, he hopes the memorial can play a part.

'Validation or maybe an inspiration' 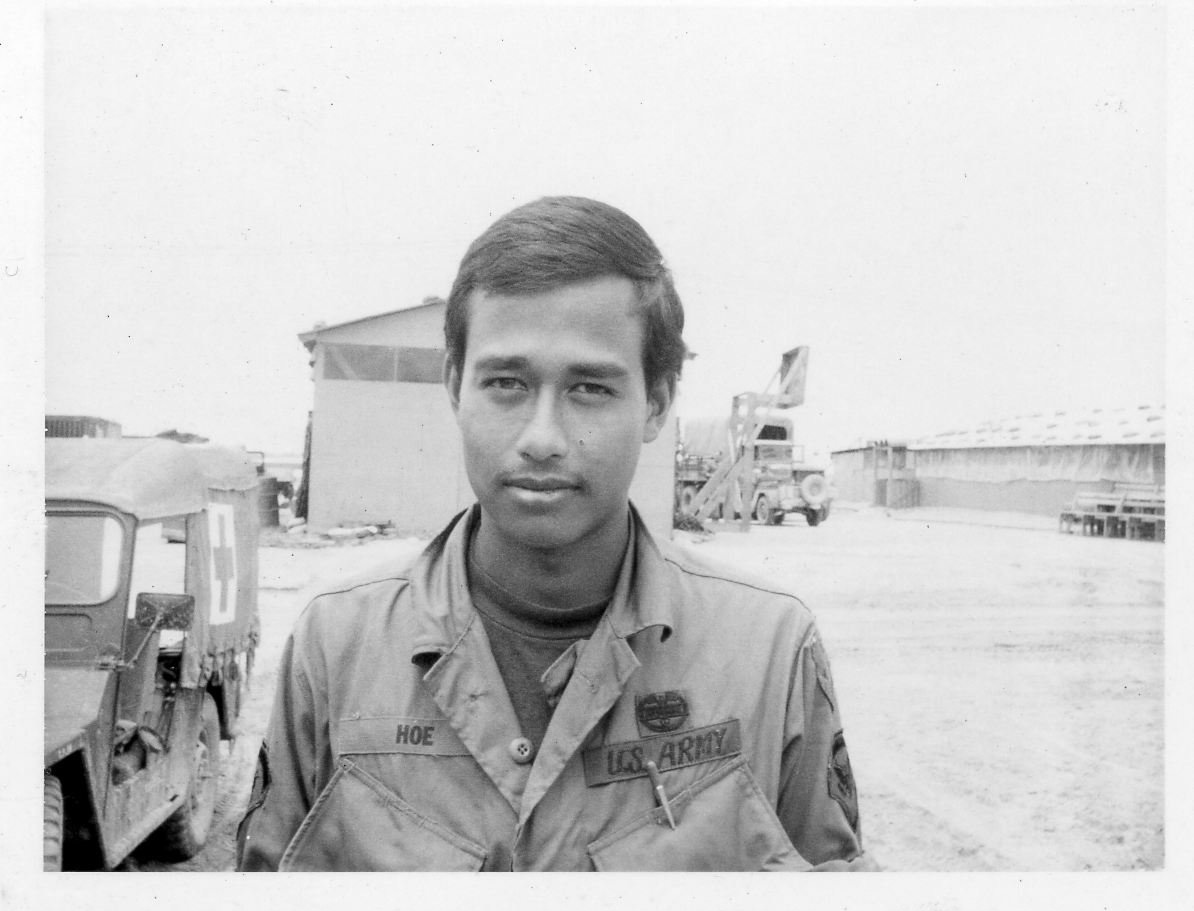 Allen Hoe was a combat medic in Vietnam. Both his sons followed in his footsteps and served in the Army after Sept. 11.
Allen Hoe

Army vet Allen Hoe feels the same. He's native Hawaiian and was drafted in 1966. He then volunteered as a combat medic in Vietnam. Both his sons followed in his footsteps and served in the Army after Sept. 11. His oldest son Nainoa K. Hoe, was killed in action in 2005 at age 27, in Mosul, Iraq.

"He was a young man who felt the same I did and the same way his ancestors did. For me, his loss obviously very painful as his father, but I look back and say the greater feeling is that he worked so hard to do so much for this country and he will not be able to enjoy that," Hoe said. 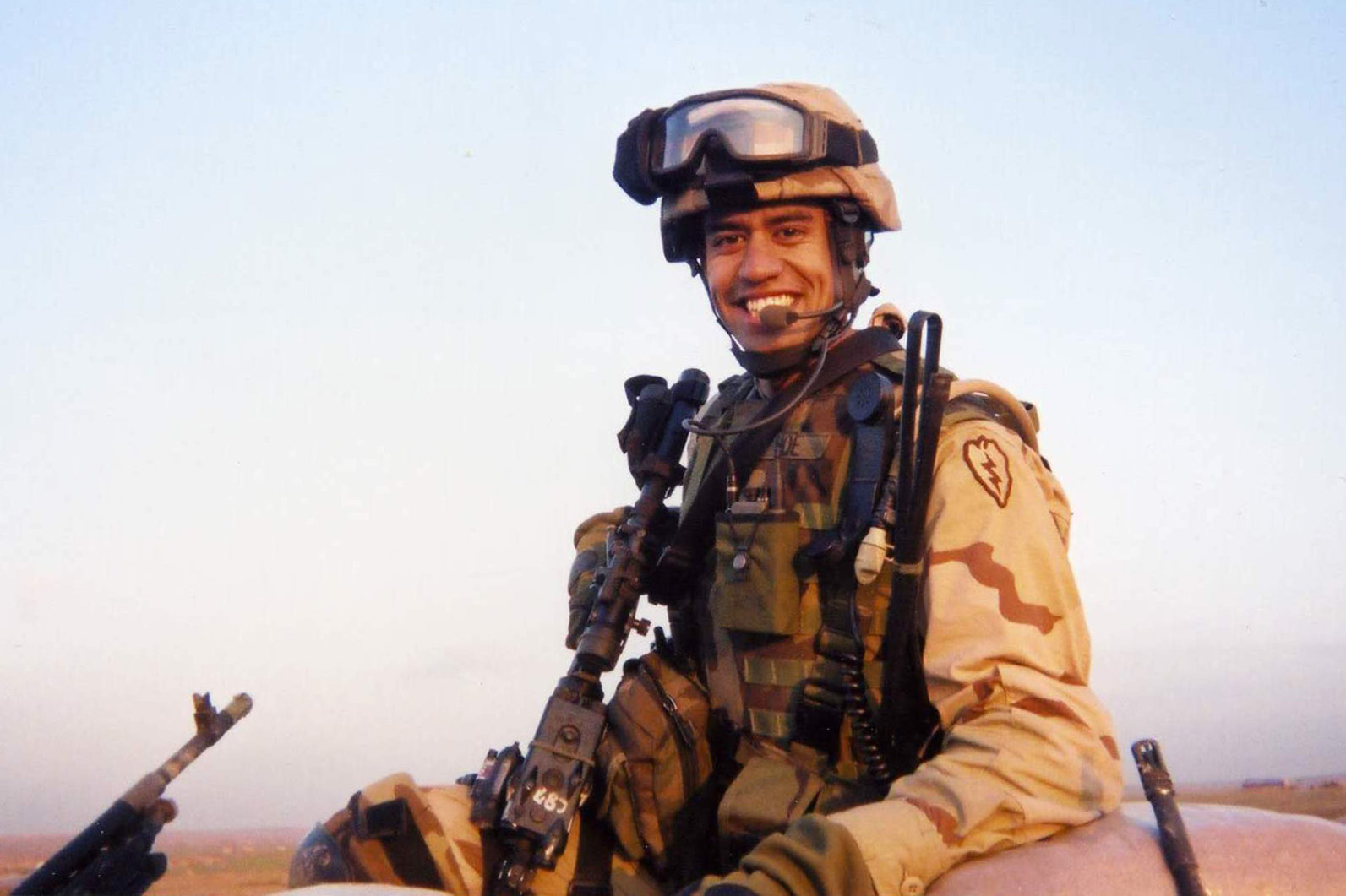 "His younger brother is a staff sergeant. His name is Nakoa. The meaning of Nakoa is 'the warrior who is brave and courageous.' And you know, from the two sons he's had to carry the heavier load than his big brother did, simply because he's left with the legacy of his older brother's accomplishments, as well as now having to make sure Mom and Dad are OK," Hoe said.

Those are the kind of stories of service and sacrifice Hoe wants Americans to learn about at the new Native American Veterans Memorial For Native visitors, Hoe wants it to be a validation or maybe even an inspiration.

"Maybe some young Native who experiences that memorial for the first time, in 50 years from now, he'll be the president of the United States. Who knows? Or he'll be the next great general?" Hoe said. 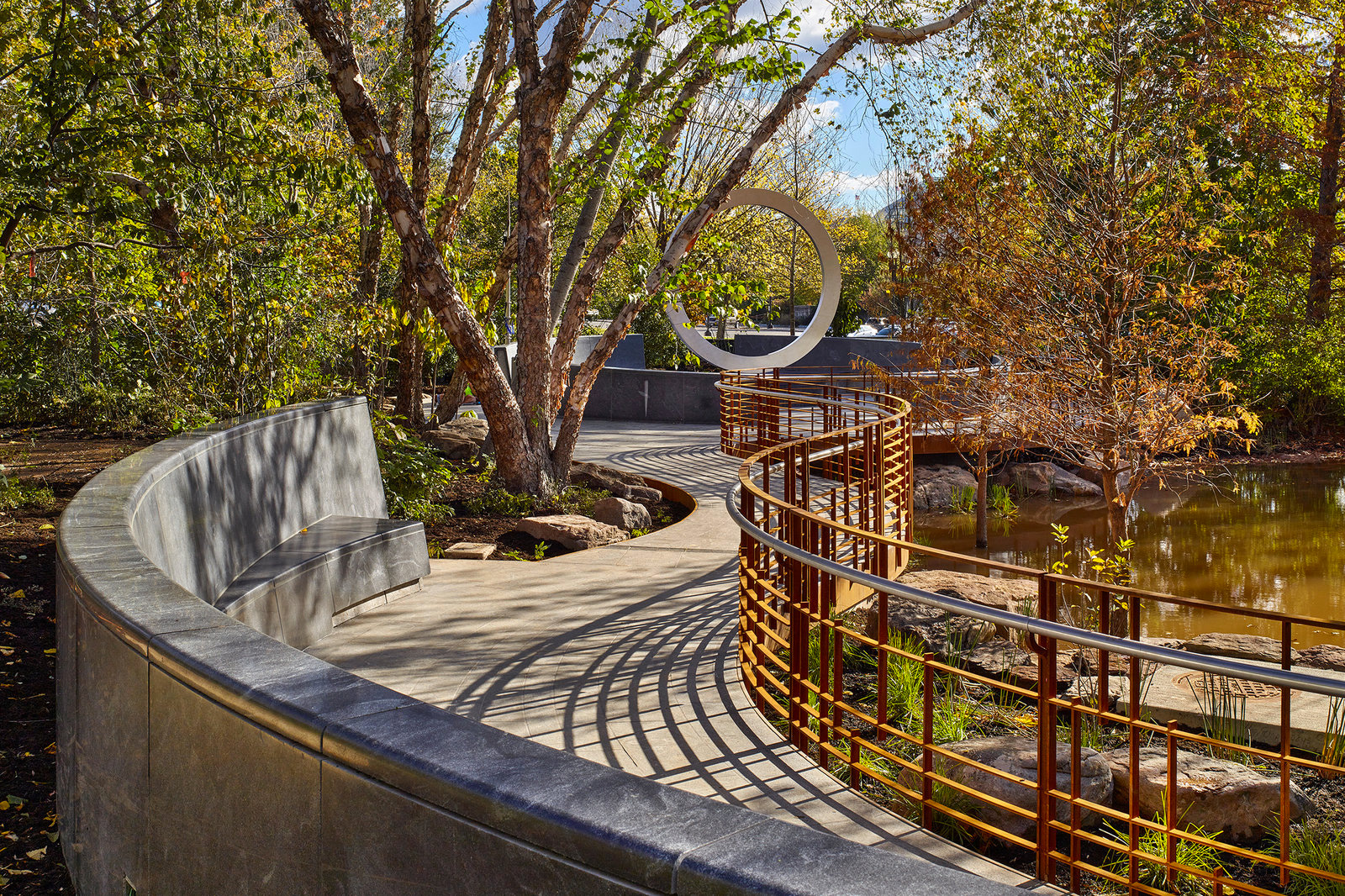 Veteran reflects on honoring fellow service members Learning To Love Bird Photography, Thanks To A 'Competitive Collaboration' Live Results: Georgia Senate Runoff Elections
By posting comments, you agree to our
AZPM encourages comments, but comments that contain profanity, unrelated information, threats, libel, defamatory statements, obscenities, pornography or that violate the law are not allowed. Comments that promote commercial products or services are not allowed. Comments in violation of this policy will be removed. Continued posting of comments that violate this policy will result in the commenter being banned from the site.