At one time, the Volkswagen Beetle was so ubiquitous that its sighting is often punctuated by a swift punch in the arm and a shout of "Punch Buggy!" (Or "Slug Bug!" depending on your regional take on the road trip game). by NPR's Emma Bowman, Michel Martin TWEET SHARE 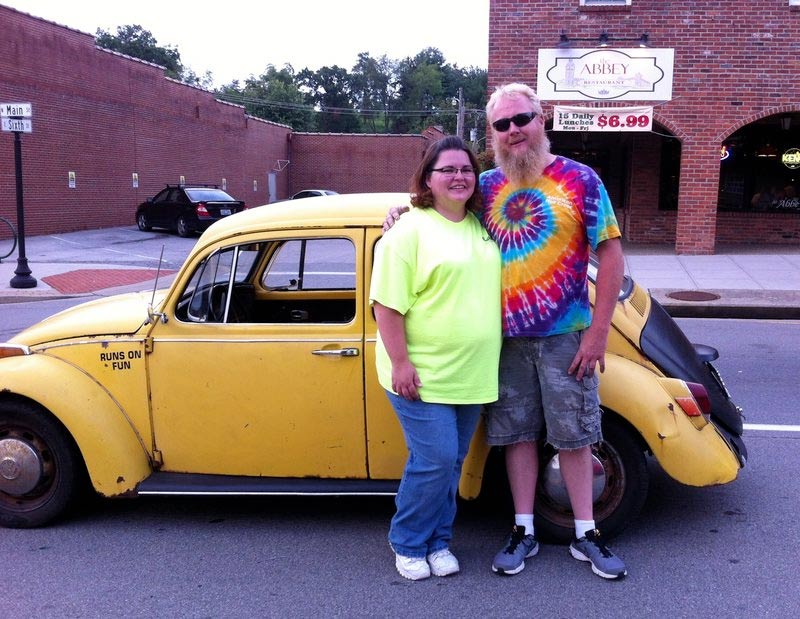 Jessica Bray and her husband, Anthony Bray, pose with their 1970 Volkswagen Beetle. Anthony converted his Beetle to an electric car. "As a special touch, we added bubble machines to the back to blow bubbles at car shows and as we drive," Jessica said.
Courtesy of Jessica Bray

At one time, the Volkswagen Beetle was so ubiquitous that its sighting is often punctuated by a swift punch in the arm and a shout of "Punch Buggy!" (Or "Slug Bug!" depending on your regional take on the road trip game).

But this week, the Beetle set off down the road to extinction. On Wednesday, Volkswagen ended production of the Beetle, saying it wants to set its sights on manufacturing electric vehicles.

Over the decades, Volkswagen managed to revamp the beloved car's image by distancing itself from an uncomfortable history.

The original Beetle was formulated by Adolph Hitler, who wanted a "people's car," or "volkswagen." But the car wasn't actually produced for civilians until the late 1940s, when the victorious Allies wanted to refuel Germany's economy.

Many rebranding campaigns later, a hipster favorite was born.

For many Beetle owners, bidding adieu to the automotive icon summons nostalgia. NPR asked its audience to share their favorite Volkswagen Beetle memories. More than 900 of you wrote in. We've excerpted just a handful of your stories — both fond and unpleasant — below.

Although the car better withstood her college move to Los Angeles than her Chicago winter back home, the car accessorized her patched-up denim and her long and flowy tie-dye skirts that she procured from eBay.

"I was obsessed with all things hippie/bohemian in high school, and my Beetle was core to my identity," she said in an interview with NPR's Michel Martin. 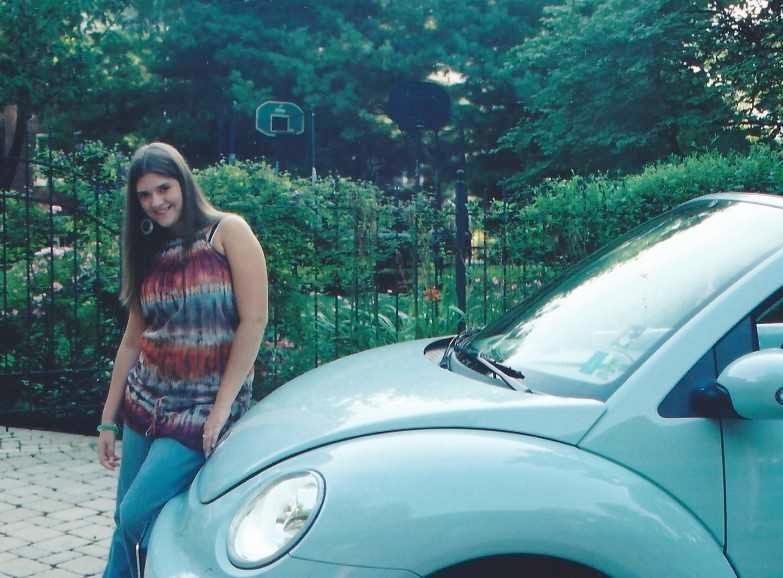 Kristine Smith, pictured in 2005, when she first got her robin egg blue convertible Beetle for her 16th birthday.
Courtesy of Kristine Smith

Regrettably, she said, she sold it in 2013 to use the money for graduate school in Washington, D.C.

"The car definitely feels like a pet I once had than a piece of machinery," she said.

But, as a souvenir for her first and only car, Smith did hold onto the fake flowers she kept in the vase next to the steering wheel.

A hot summer day in Oklahoma was too much for Robert Rillo's family Beetle.

When he was 13, he and his 23-year-old sister were stuck in traffic on the way to a Huey Lewis and the News concert.

Rillo remembered that his sister's friend sitting in the back seat said, "It's getting hot in here."

"It was a hot summer day so we didn't think too much about it, until he says again, 'It's getting real hot!' Suddenly he jumped up and the back seat was on fire."

The battery, located under the backseat, was heating up — catching the seat on fire. Damage control ensued.

"We yanked the seat out of the car and put it out and went in to the concert."

Alas, they missed the show's opening act: Stevie Ray Vaughan — who's famous, as it happens, for his album Couldn't Stand the Weather.

Love Bug
Paul Weidenbach of Topeka, Kan., said he vowed to the previous owner of his first car that he would keep "Gladys" as its name.

The third-hand 1973 Super Beetle, with a Starsky and Hutch stripe trimming its top and sides, witnessed Weidenbach's first love. 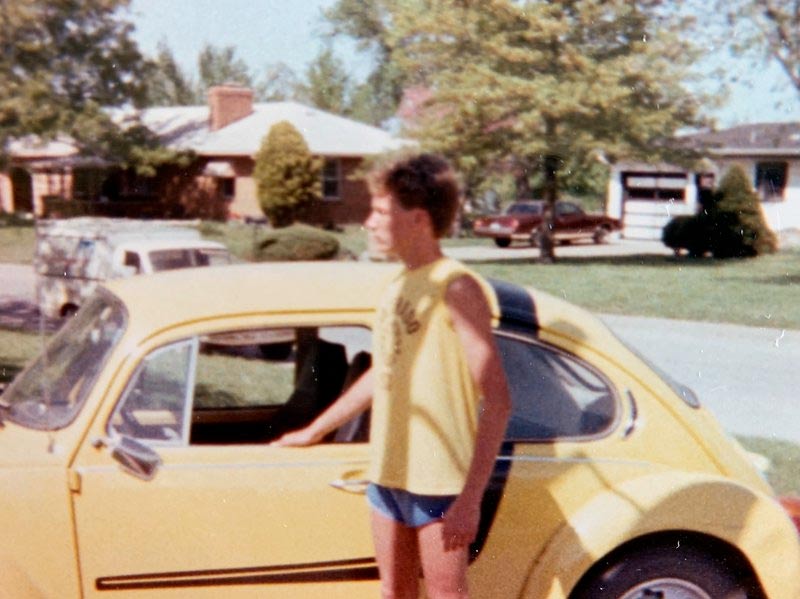 "My high school sweetheart, Vicky, and I made the rounds with Gladys' help, including a drive-in movie where we made Vicky's 6-year-old brother, Matt, sit on the roof during Jungle Book at the Chief Drive-In in Topeka," he said. "In full disclosure, we only talked and held hands."

He hadn't spoken to Vicky since 1991, but last year, he said, she died unexpectedly. When he went to her funeral, the memory returned in full force. "Of course, that night at the Chief Drive-In with Matt on the roof played over and over again in my mind," he recalled.

As for Gladys, Weidenbach said, her motor has reincarnated as a rare 1950's VW truck.

Paint it black
In high school, "cool" came before comfort for Damian Rodriguez.

In sweltering Austin, his parents thought the idea was crazy. The car didn't even have AC. "I sweated so much in that car, but I loved it and have many great memories of it," Damian said.

But when a milkman totaled the Bug while delivering to the grocery store where he worked, he said, "I was literally crushed."

So when he recently came across a die-cast, black '70s VW Bug toy car, he gave it to his 2-year-old. 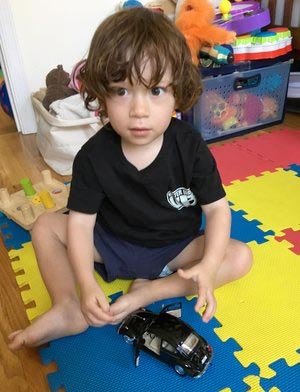 He dropped it, cracking the back brake light, Rodriguez said, "ironically making it more like my Bug was."

NPR's Eliza Dennis and Natalie Winston produced and edited this story for broadcast.

Coronavirus Briefings At The White House Why Do People Hoard Toilet Paper? A Look At Irrational Behaviors In Uncertain Times Live Coverage: 2020 South Carolina Primaries
By posting comments, you agree to our
AZPM encourages comments, but comments that contain profanity, unrelated information, threats, libel, defamatory statements, obscenities, pornography or that violate the law are not allowed. Comments that promote commercial products or services are not allowed. Comments in violation of this policy will be removed. Continued posting of comments that violate this policy will result in the commenter being banned from the site.