The Book Concierge is back! Explore more than 300 standout titles picked by NPR staff and critics. TWEET SHARE

These three books are among the more than 300 titles NPR staff and critics loved this year. 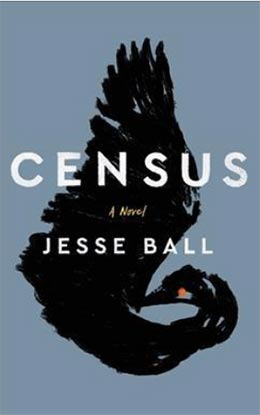 Census by Jesse Ball
A widower learns he doesn’t have long to live. But he wants to show some of the world to his son, who has Down syndrome. So he signs up as a census taker (for a dystopian government in an unnamed land), and they head north. As they get closer to the edge of civilization, the father has to learn how to say goodbye to his son and consider the world he will be leaving behind. Jesse Ball wrote Census in honor of his late brother, who had Down syndrome, in order to help people “see what it is like to know and love a Down syndrome boy or girl.” Through his spare yet beautiful writing, Ball does just that. 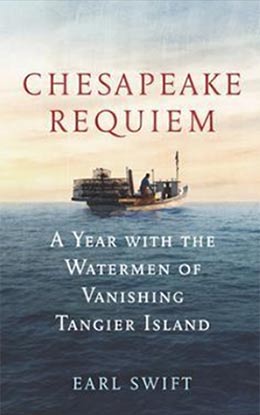 Chesapeake Requiem: A Year with the Watermen of Vanishing Tangier Island by Earl Swift
Journalist Earl Swift spent more than a year living on Tangier Island, an isolated – and swiftly eroding – scrap of land in Chesapeake Bay. He went out with the watermen searching for crabs, watched the summer tourists descend and leave again, and dug into the inland’s unique history of religious revivalism to produce this deep, nuanced portrait of a place that’s already profoundly affected by stronger storms and rising seas, but where the islanders went solidly for Donald Trump, resist the idea of climate change, and trust in God to keep them safe. 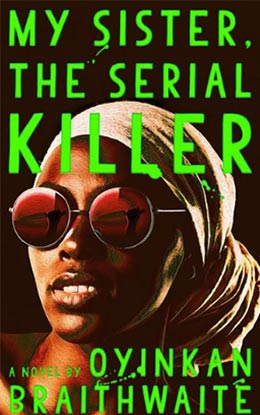 My Sister, The Serial Killer by Oyinkan Braithwaite
My Sister The Serial Killer is exactly what it sounds like: a sharp, slim, pulpy little thriller with gory details and a pace that will leave you with enough time to drive it over to a friend’s house to lend for the evening. It’s the story of two sisters living in a vividly described Lagos, Nigeria, and it joyfully makes use of certain tropes. Ayoola, the killer of the title, is thoughtless and beautiful, while Korede is the older, responsible, more dull sister. Ayoola has a tendency to kill her boyfriends, and when a doctor whom Korede has a crush on shows some interest in Ayoola… things get complicated. The book is darkly funny and moves at breakneck speed, but still manages to ask a hard question: Why do women kill? And… why don’t they?

Don't Be Like Jeff Bezos. Here's How To Keep Your Phone Safe From Hackers Polar Express: New Spacecraft Will Explore Elusive Parts Of The Sun Colorado State University-Pueblo Green Lights 'Rigorous' Cannabis Degree
By posting comments, you agree to our
AZPM encourages comments, but comments that contain profanity, unrelated information, threats, libel, defamatory statements, obscenities, pornography or that violate the law are not allowed. Comments that promote commercial products or services are not allowed. Comments in violation of this policy will be removed. Continued posting of comments that violate this policy will result in the commenter being banned from the site.