The wildfires ushered in a chapter of massive, frequent blazes as well as a new understanding of the ecological process. by Robyn Vincent, KHOL Tweet 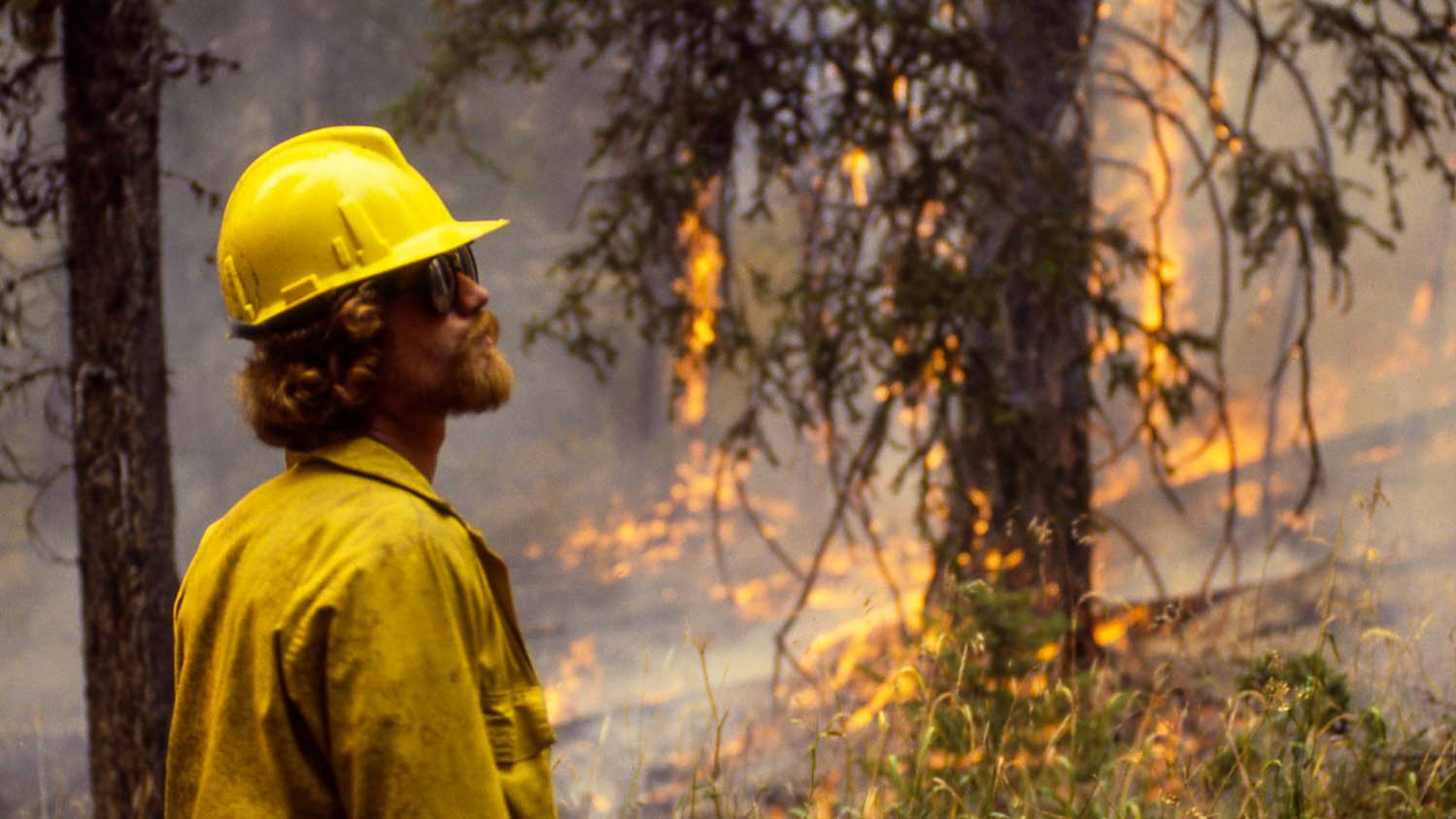 A firefighter watches the flames in Yellowstone National Park during the 1988 fires.
Jim Peako/National Park Service

It’s home to the headwaters of multiple major rivers and hundreds of waterfalls. Thousands of geysers, mudpots, and hot springs—heated by an underground supervolcano—gush, bubble, and boil in the national park’s 2.2 million acres, too.

These waters comprise one of the largest nearly intact temperate ecosystems in the world. So when a series of lightning strikes sparked the 1988 fires that torched more than a third of America’s first national park, the nation was captivated — if not devastated. The flames touched nearly every landscape in some way and “very few watersheds were not impacted,” White said.

The wildfires had implications that stretched beyond the park’s boundaries too. They marked a paradigm shift, ushering in a new chapter of massive, frequent fires that communities across the American West face today.

But they also deepened our understanding of wildfires from a destructive force to a vital ecological process. At the time, however, people worried the park would never be the same, making scientists' findings, some of which were hidden in Yellowstone’s creeks and lakes, all the more striking. 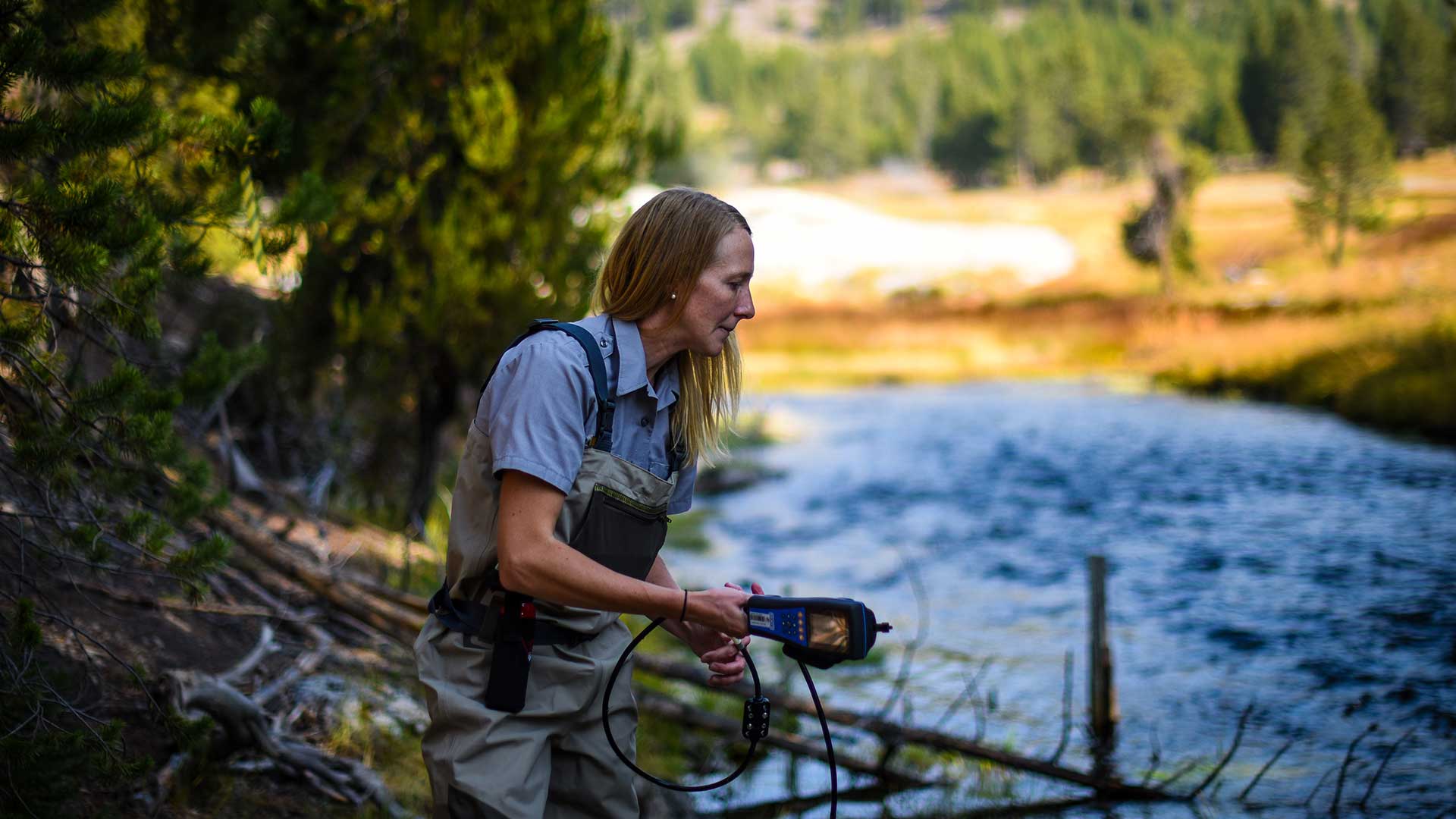 Richard Lathrop, a professor of environmental monitoring at Rutgers University, studied the fires’ impacts on streams and lakes. He found small streams were affected in the short-term with ashy runoff. That runoff then made its way into big bodies of water like Yellowstone Lake, where “you would see a scum of charcoal and the like,” Lathrop said.

The fires burned roughly 25 percent of the watersheds that feed Yellowstone and Lewis lakes. But in terms of the lakes’ water quality, Lathrop and his team “did not see any major shifts.”

Vast and brilliantly blue, Yellowstone Lake is the largest high elevation lake in North America and Lathrop suspected its size and depth would aid its “resistance and resilience” to the fires.

Instead, what struck him was flying over the park five years after the fires and seeing a process of rejuvenation already underway. It was a mosaic of fresh and scorched earth, new and charred vegetation, he said. 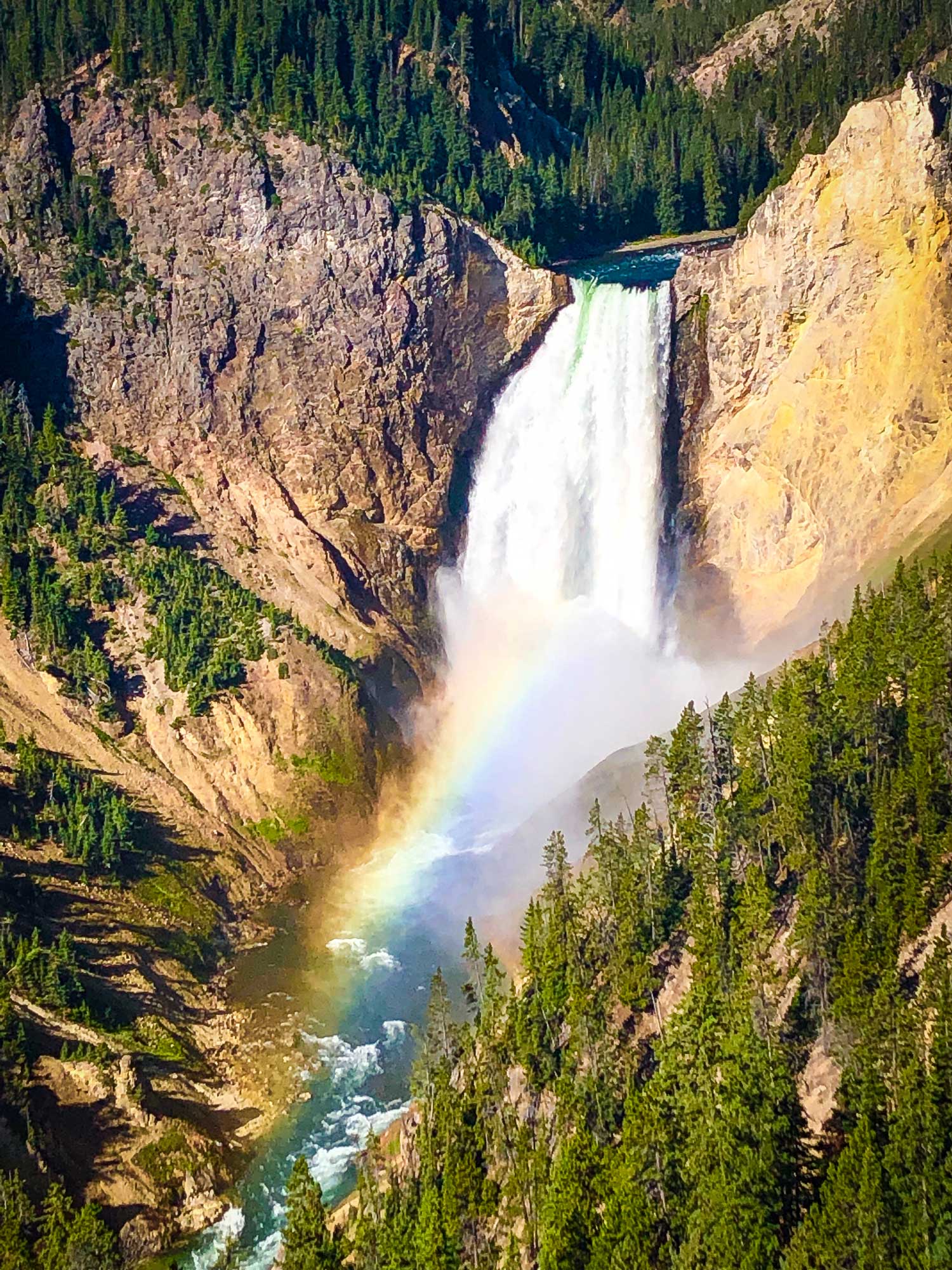 The fires’ legacy of renewal proved especially important given there were no precedents for tackling such towering flames. An unusually dry summer, parched vegetation, and high winds complicated firefighting efforts in 1988. Back then, saving and then recovering watersheds wasn’t top of mind for overwhelmed fire managers.

“Very quickly it became apparent we did not have and could not have the resources that it was going to take to contain the fires, despite the best efforts of the thousands of firefighters that were involved,” said Steve Frye, a former incident commander and longtime National Park Service employee.

In other words, the firefighters’ priorities were protecting people, nearby communities, and the park’s human-built infrastructure—like the iconic Old Faithful Inn, which faces Yellowstone’s most famous geyser of the same name. The hotel was constructed in 1903 of lodgepole pine and rhyolite, a type of volcanic rock found in abundance throughout Yellowstone. Former Yellowstone historian Lee Whittlesey said it inspired a rustic log architectural style that became the norm throughout the national park system.

Whittlesey worked as a law enforcement ranger during the fires and vividly recalled the inferno that surrounded Old Faithful.

“I remember just being amazed that everywhere I looked for 360 degrees, I saw fire,” he said. “And that, as you might imagine, was terrifying, scary. And yet I had a job to do. I couldn’t sit there and worry about it.” 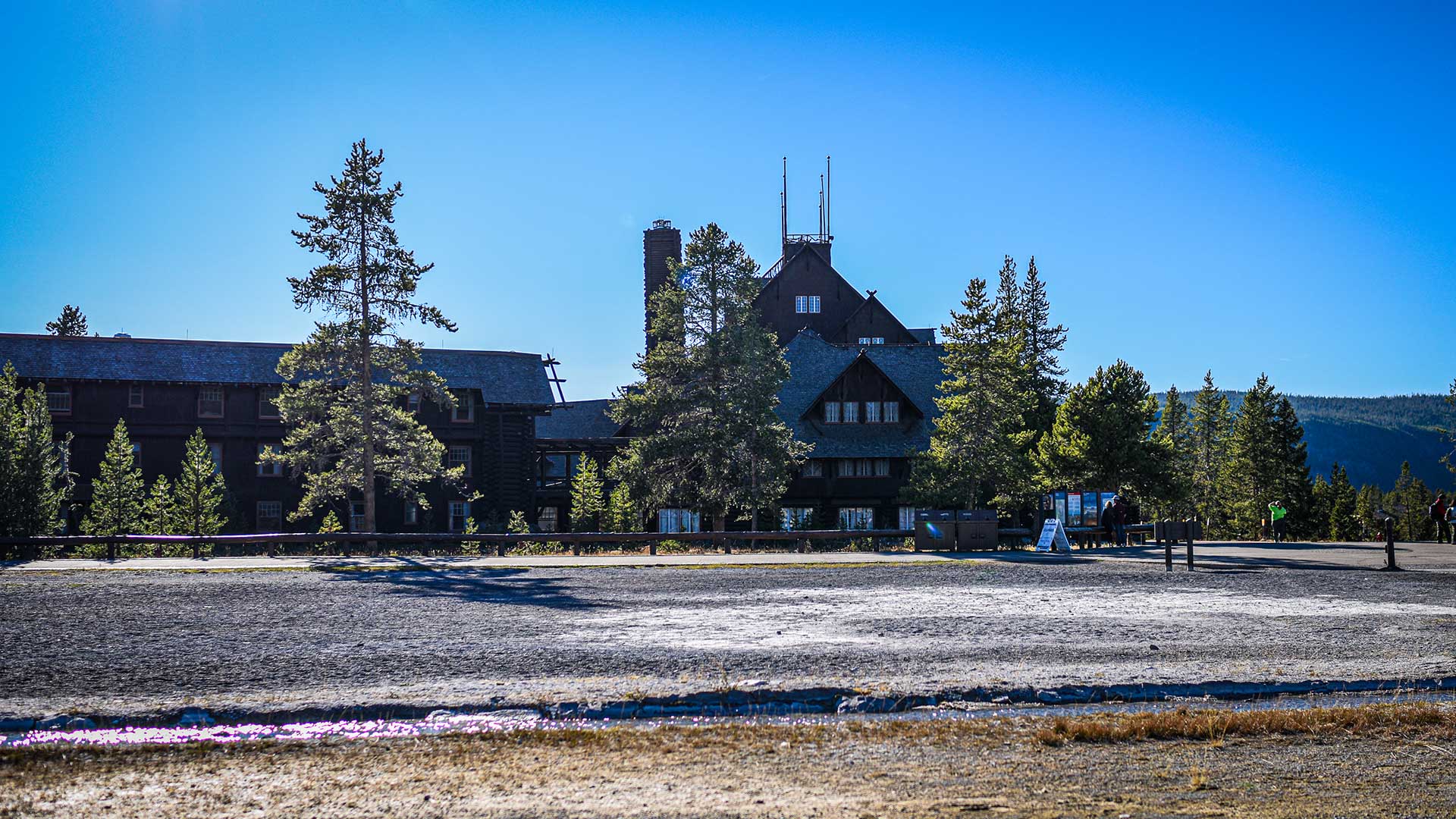 Old Faithful Inn, built in 1903, inspired the rustic log architecture in national parks across America. During the 1988 fires, firefighters embarked on a massive effort to save the hotel from the flames.
Robyn Vincent/KHOL

Whittlesey’s time working the fires shaped his career. He had just graduated law school and was spending what he thought would be his last summer working in his favorite national park. But, “the high adventure is what got me,” he said.

“Where else do you get to ride in helicopters and drive patrol cars and talk to hundreds if not thousands of park visitors that are all clamoring for information while trying to keep everyone safe, trying not to inhale smoke, trying not to have to go to the infirmary,” he said.

Whittlesey would become a Yellowstone specialist. He published multiple books on the park, including his magnum opus—a history of the park’s mammals. 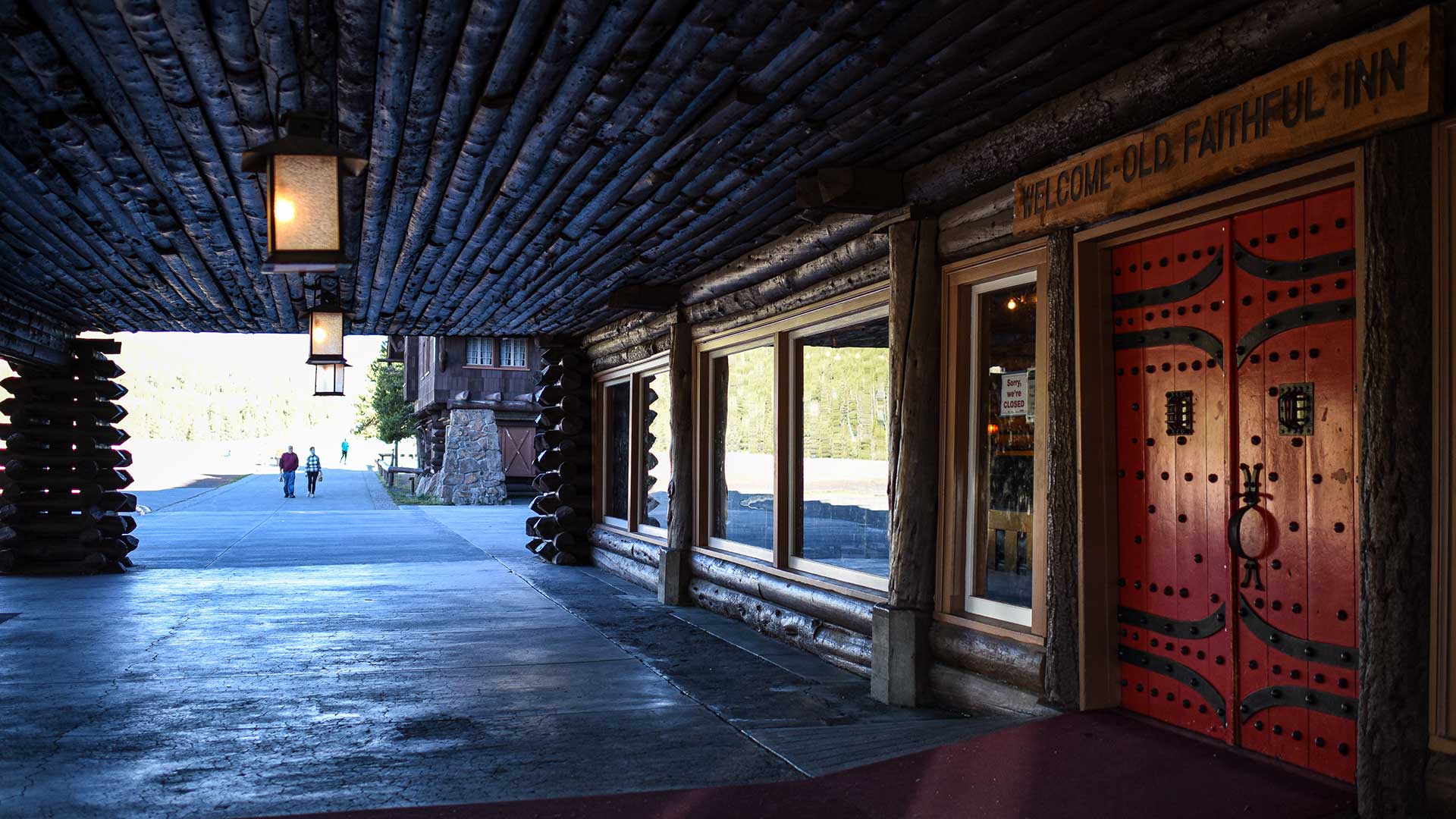 The entrance to the historic Old Faithful Inn.
Robyn Vincent/KHOL

The fires set the life trajectories of many who witnessed them. They compelled Frye to work in wildfire management for the next 30 years, “and to do whatever I could to help with the change and evolution of how we manage wildland fires,” he said.

That meant rethinking fire management. Frye says firefighters began focusing more heavily on safety, identifying crucial values to protect, and accounting for declining resources. For example, in 1988, more than 25,000 firefighters were deployed from across the nation when the fires were at their peak. Today, amid the long and intense fires burning in multiple locations across the West, that level of response is not possible.

Frye remembers many harrowing moments from the summer of ‘88, like flying over the Firehole River, which snakes 21 miles through Yellowstone, flows into the Madison River and eventually into the Missouri River, and being pulled toward the fire by the indraft. He was entranced watching the pilot’s needle-like focus as he worked to keep them safe from the flames. 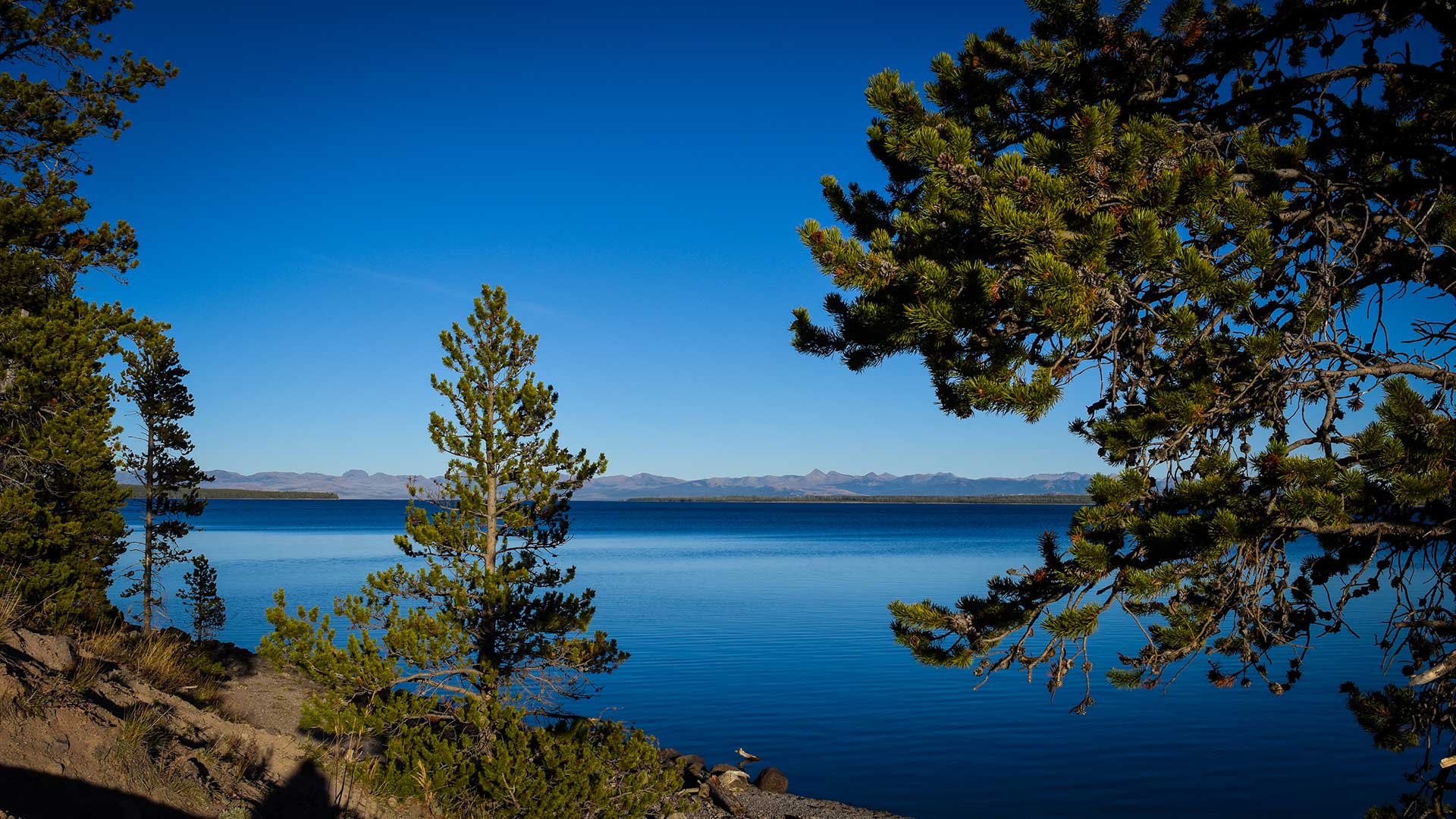 Firefighters like Frye would soon learn these types of large-scale fires were anything but anomalous.

“It was for many of us in wildland fire management, something we had never experienced before,” he said. “But the magnitude and the fire behavior we have experienced a number of times since.”

Montana State University paleoecologist Cathy Whitlock studies how climate has long influenced fire. In 1988, the young scientist traveled to Yellowstone on a grant from the Park Service, but she wasn’t there to brave the smoke and ash. Whitlock was examining the history of the park’s vegetation dating back to the last Ice Age. The fires, for her, were simply a nuisance.

“I hadn't really even thought about fire as being something worthy of attention because there hadn’t been fires in Yellowstone for a long time,” Whitlock said. “But then in ‘88, there were fires everywhere.”

Whitlock complained to John Varley, head of research for Yellowstone at the time. She was trying to do a good job, she told him, but it seemed impossible with so many fires. Whitlock remembers Varley replying: “Well, don't you think there's an opportunity here?”

Soon after, Whitlock had her lightbulb moment: “I kind of hit my head and said, ‘Wow, I’m really missing what’s going on here.’”

Ultimately the fires would refocus her career.

She began asking questions about the frequency of such massive fires. Initially, Whitlock was tracing back the history of the park’s plants using pollen in Yellowstone’s lakes and streams. She thought a similar strategy might work to retrace the history of fire.

She went back to her laboratory and returned to Yellowstone in October of ‘88, one month after snow and rain fell on the fires—a pivotal weather shift that helped firefighters blot out the flames. This time, she would wade into the waters of lakes that had burned to varying degrees to study how charcoal made its way into the water. She knew the presence of charcoal signaled fire had ignited in the area. “But how?” Whitlock wondered. “How much of it got into lakes? How far did it travel? How long did it take to get buried in the sediments?”

Whitlock studied charcoal in the park’s waters for the next decade. After a few years, she discovered charcoal embedded in lake beds can provide precise information about past fires. She returned to Yellowstone’s waters multiple times until she uncovered charcoal records that dated back to the last glaciation, “and that was kind of the eureka moment,” Whitlock said.

She and her team went on to pioneer a method to trace fire events back thousands of years and her work has influenced what people know about fire history in forests around the world.

Wildfires, Whitlock found, have long played a key ecological role in forests, and climate has largely influenced their frequency and severity for millennia. But today, with a smaller window between fires due to human-caused climate shifts, the concern is “there won’t be enough time for trees to establish, for seeds to disperse,” she said. In turn, forests could become drier, sparser or transform into grasslands, Whitlock said.

This all dials back to water, and how it drains through Yellowstone. As the snowpack shrinks and summers become dryer, fire seasons in Yellowstone will lengthen. In 1988, Yellowstone saw a profoundly dry summer, priming it for megafires. It was the kind of hot, dry summer that will likely become more frequent in the years ahead, putting Yellowstone’s wildfire resilience to the test.

US proposes changes to Mexican gray wolf management State OK's open-pit mine site's reclamation plan near Tucson Pima County considers permit for company that will emit trace amounts of cancerous gas
By posting comments, you agree to our
AZPM encourages comments, but comments that contain profanity, unrelated information, threats, libel, defamatory statements, obscenities, pornography or that violate the law are not allowed. Comments that promote commercial products or services are not allowed. Comments in violation of this policy will be removed. Continued posting of comments that violate this policy will result in the commenter being banned from the site.