A nurses' union held a rally Thursday to call for more competitive salaries and bonuses. by Megan Myscofski Tweet 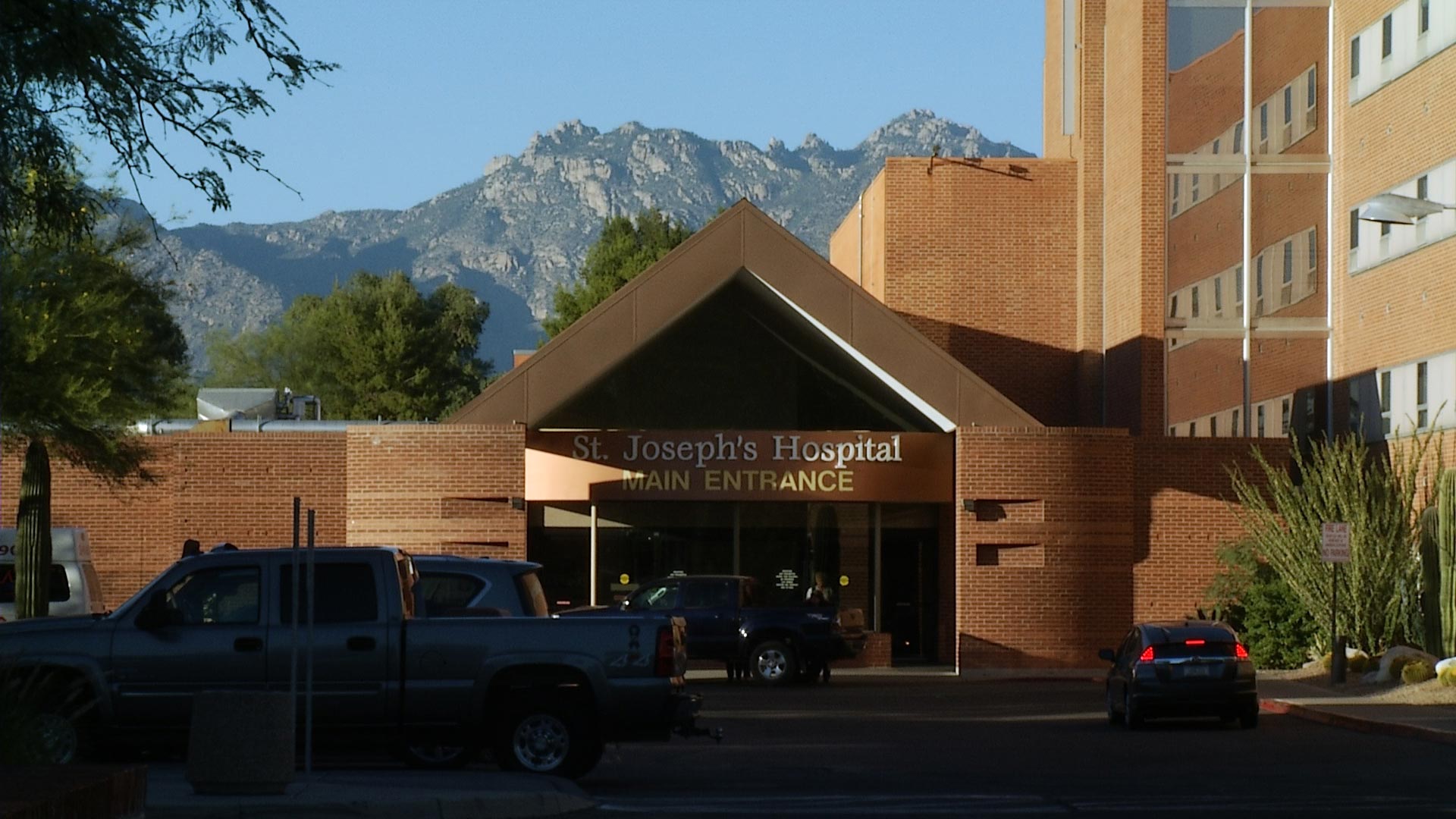 The nurses’ union at St. Joseph and St. Mary Hospitals called for their employers to do more to fix staffing shortages and working conditions as COVID-19 infection numbers are at an all-time high.

Richard Dooley is a nurse at St. Mary’s Hospital who participated at a rally in front of St. Joseph on Thursday organized by the union. He said both hospitals need to offer more competitive salaries and bonuses to retain permanent staff.

"In the end, it comes down to staffing," Dooley said. "The ratios have gotten worse, and nurses are leaving our profession."

The union, called the National Nurses Organizing Committee, said about three quarters of the bargaining unit's registered nurses at the two hospitals report having considered leaving their jobs because of unsafe staffing practices.

Carondelet Health, which oversees both hospitals, said in a statement: "We are disappointed with recent irresponsible comments made by those with their own agendas.”

"We have done nothing but step up when asked to work extra. So, it's insulting," he said.

Carondelet Health declined to be interviewed for this story.

University of Arizona gives students money for COVID-19 testing, vaccinations Supreme Court blocks Biden's vaccine-or-test mandate for large private companies Arizona passes grim pandemic milestone with 25,000 deaths
By posting comments, you agree to our
AZPM encourages comments, but comments that contain profanity, unrelated information, threats, libel, defamatory statements, obscenities, pornography or that violate the law are not allowed. Comments that promote commercial products or services are not allowed. Comments in violation of this policy will be removed. Continued posting of comments that violate this policy will result in the commenter being banned from the site.