In rapidly warming Colorado River Basin, the negotiating table is being set

A new round of talks could define how the river system adapts to a changing climate for the next generation. by Luke Runyon, KUNC Tweet 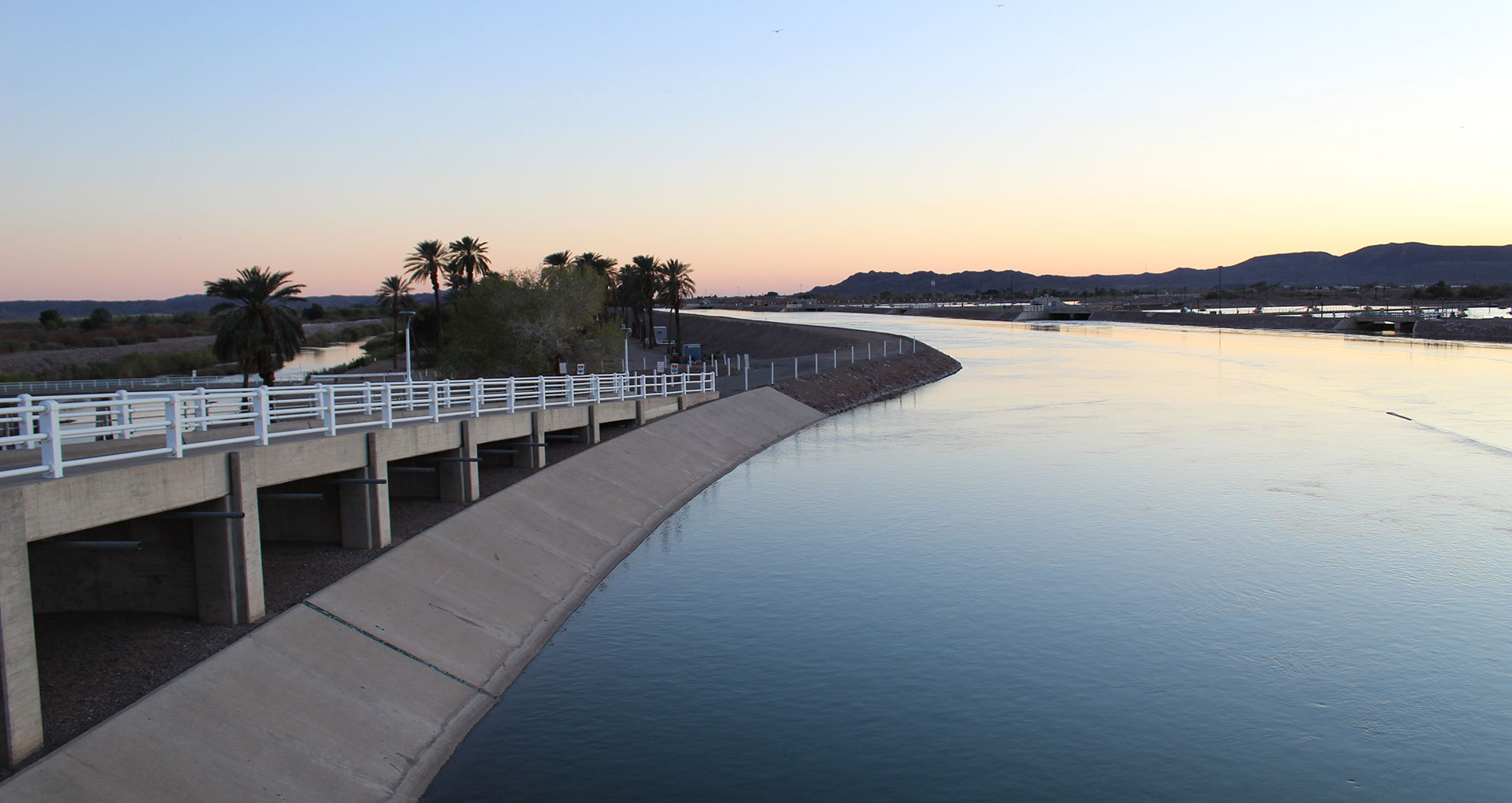 The Colorado River flows into the All-American Canal below the Imperial Dam on the California-Arizona border.
Luke Runyon/KUNC

Anyone who has hosted a good dinner party knows that the guest list, table setting and topic of conversation play a big role in determining whether the night is a hit or the guests leave angry and unsatisfied.

That concept is about to get a true test on the Colorado River, where chairs are being pulled up to a negotiating table to start a new round of talks that could define how the river system adapts to a changing climate for the next generation.

The decision of who gets to sit at that table, whose interests are represented, and what’s on the menu is still very much in flux. But the uncertainty isn’t stopping would-be participants from voicing concerns they feel leaders in the southwestern watershed can no longer ignore.

And when it comes to the water supply for 40 million people in seven U.S. states and Mexico, the stakes are much higher than a one-night feast.

“Who's at the existing table?”

Late last year, the seven states that make up the Colorado River basin -- Colorado, Wyoming, New Mexico, Utah, California, Nevada and Arizona -- made clear that after a federal government-induced year-long pause to negotiations, they were ready to start negotiating future policies.

In a letter dated Dec. 17 to then-Department of the Interior Secretary David Bernhardt and Bureau of Reclamation Commissioner Brenda Burman, water officials gave notice they were “initiating preliminary conversations with one another,” to figure out how to operate the river’s biggest reservoirs.

The talks are focused on creating policy past 2026, when a current set of guidelines established in 2007 expires. The 2007 Colorado River Interim Guidelines for the first time addressed the issue of looming water shortages in the basin, and linked the operations of Lakes Powell and Mead. While those who negotiated the agreement slapped each other on the back in Las Vegas, plenty of others in the basin said it failed to truly address the wide range of problems that have plagued the watershed for decades.

When water managers negotiated that major policy overhaul in 2007, the 29 federally-recognized tribes in the watershed were left out.

Daryl Vigil of the Jicarilla-Apache Nation says that’s also true for a landmark 2012 study that calculated water supplies and demands in the basin. According to a letter sent by 17 tribal leaders to the federal government about the 2007 guidelines, it’s only been in the last five years that tribes have seen the federal government meaningfully engage with them on Colorado River issues. Even now, as basin leaders commit to more tribal inclusivity this time around, the mechanism to do so doesn’t currently exist.

“There's no process at all in the current structure to have inclusivity of tribes,” Vigil said.

Vigil is a co-leader of the Water & Tribes Initiative. The initiative receives funding from the Walton Family Foundation, which also supports KUNC’s Colorado River coverage. The project’s main goal is to build capacity of tribes to participate in the renegotiation of the 2007 guidelines, Vigil said.

For all the talk of consensus-building in the watershed, up until now it’s only been among a narrow group of players, Vigil said. Many other perspectives, like the river’s cultural and spiritual value or its ecological role in some of the driest reaches of the country, are ignored or rejected.

“Who's at the existing table? The existing table in terms of policy in the Colorado River truly is controlled by the basin states and the federal government,” Vigil said.

If the basin is to truly tackle its fundamental supply-demand imbalance, its current culture of backroom, handshake deals has to change, he said. Collectively the tribes hold rights to about 20% of the river’s flow. Combine that with a dwindling supply due to rapidly warming temperatures at the river’s headwaters, and the alarm bells start ringing more loudly.

“Why wouldn't you allow 29 tribes in the basin who've lived sustainably for thousands of years, they might have something that would be of value in terms of how we move forward as human beings,” Vigil said.

While some individual states, like Colorado and New Mexico, are beginning to engage with tribes on water issues in a meaningful way, others, like Arizona, are not, Vigil said. The Biden administration has yet to vocalize its priorities for the negotiations as well. 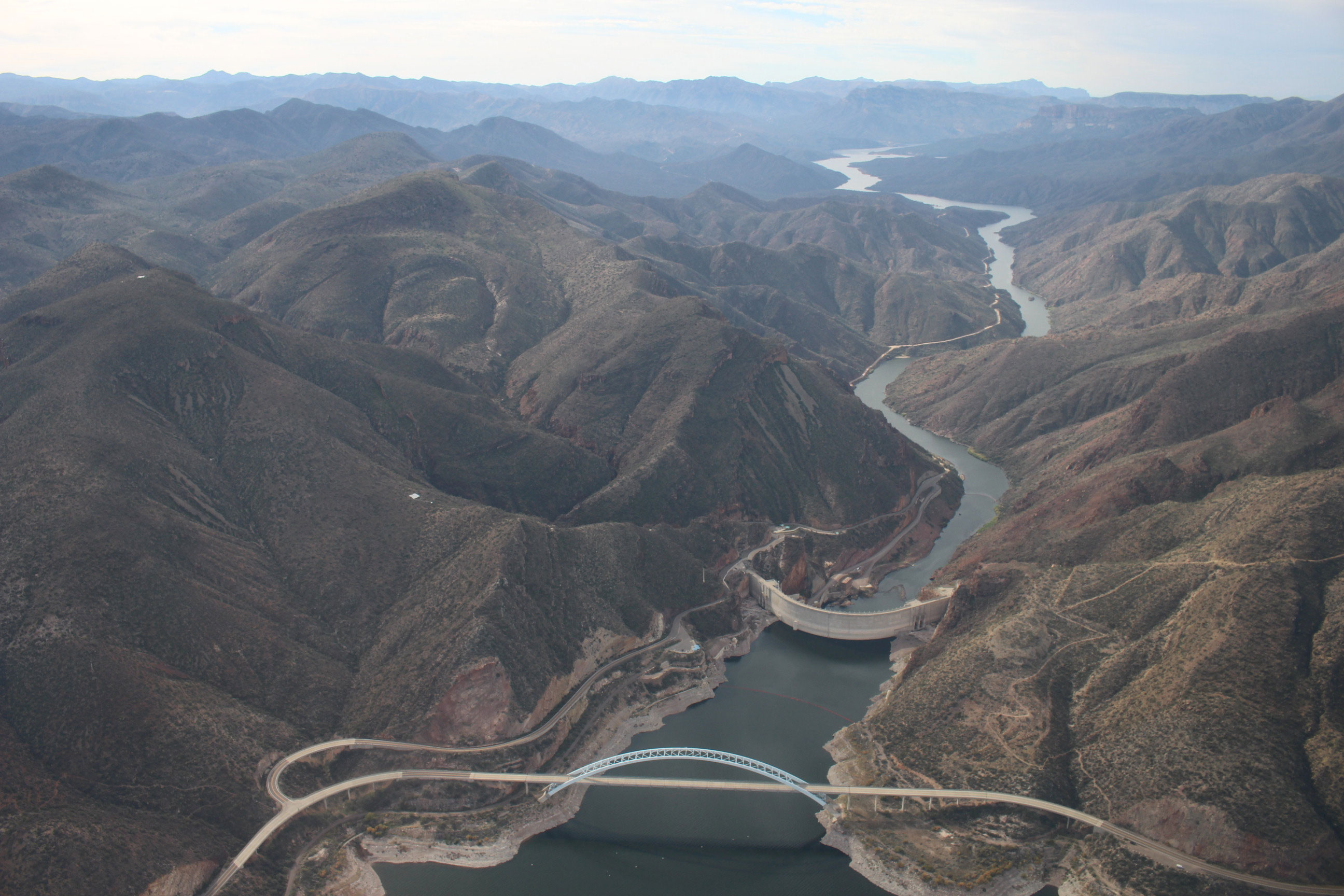 A spokesperson for the Interior Department, which manages much of the basin’s existing infrastructure and plays a major role in the Lower Basin’s policy, said in February the agency is “reviewing all programs and partnerships,” ahead of the talks.

One option could be the creation of a Sovereign Review Board, where tribes in the basin could organize around a set of values and priorities and communicate with federal and state leaders on a sovereign-to-sovereign level, Vigil said. However, the creation of any such tribal review board is still in a conceptual phase.

What’s on the table?

The question of who participates in the negotiations is essential, said Kathy Jacobs, director of the Center for Climate Adaptation, Science and Solutions at the University of Arizona. And it needs an answer before the talks can begin in earnest.

“How you set the table has a great deal to do with the outcome of the dinner,” Jacobs said.

Tribal leaders aren’t the only people who’ve been summarily excluded in the past. Environmentalists, recreation advocates, scientists and water officials from Mexico have also been left out of various agreements in the past, depending on the issue at hand.

Over the last several years, Jacobs has overseen the Colorado River Conversations Project. The project received funding from the Walton Family Foundation, which funds KUNC’s Colorado River coverage. Most recently, it brought together academics, water utilities, tribes and nonprofits to game out scenarios on the river and attempt to plan for them.

During those conversations, Jacobs said she played the role of an unbiased facilitator, not advocating for one path or another. But she said her biases show when it comes to the process to get to solutions. The table must be larger, more voices need to be heard, and processes to allow more engagement need to be created, she said.

So, the number of seats at the table is up in the air. The agenda is too.

“There will be huge tension between: is this the time to fix the big picture problems? Or is this an incremental step towards doing that or is this just a finger in the dike?” Jacobs said.

The big picture problems are many. Later this year, Lakes Mead and Powell, which store the bulk of the river’s water, are expected to hit their lowest levels since they were built. That news comes as water managers in Utah, Wyoming and Colorado make the case for new uses of the river’s water, citing population growth.

Current dry weather will likely create a stark backdrop to the negotiations. Extreme drought conditions blanket more than 75% of the river’s upper basin, and forecasts show little relief in sight.

John Weisheit, the Utah-based director of the environmental nonprofit Living Rivers, said the science is clear: cities, farmers and everyone else in the basin need to use less water. The supply is shrinking, and demands need to follow. If that’s not part of the renegotiation, they’re doomed to fail. The 2007 guidelines quickly needed a policy patch, which took the form of the drought contingency plans of 2019, as dry conditions in the basin worsened, he noted.

“To just keep doing the same thing over and over again is insanity,” Weisheit said.

Studies from decades ago predicted looming water shortages following the construction of the Central Arizona Project. Those findings have only been reinforced by recent studies that show shortages are likely under status quo management.

Inconvenient science has been tossed aside by water managers in the past, Weisheit said. If leaders don’t take climate change seriously this time around, the system is at risk of failure.

“So are we going to get smart about this or not? If we don't, then whatever happens -- and we don't know when, but it's going to -- we deserve it,” he said. 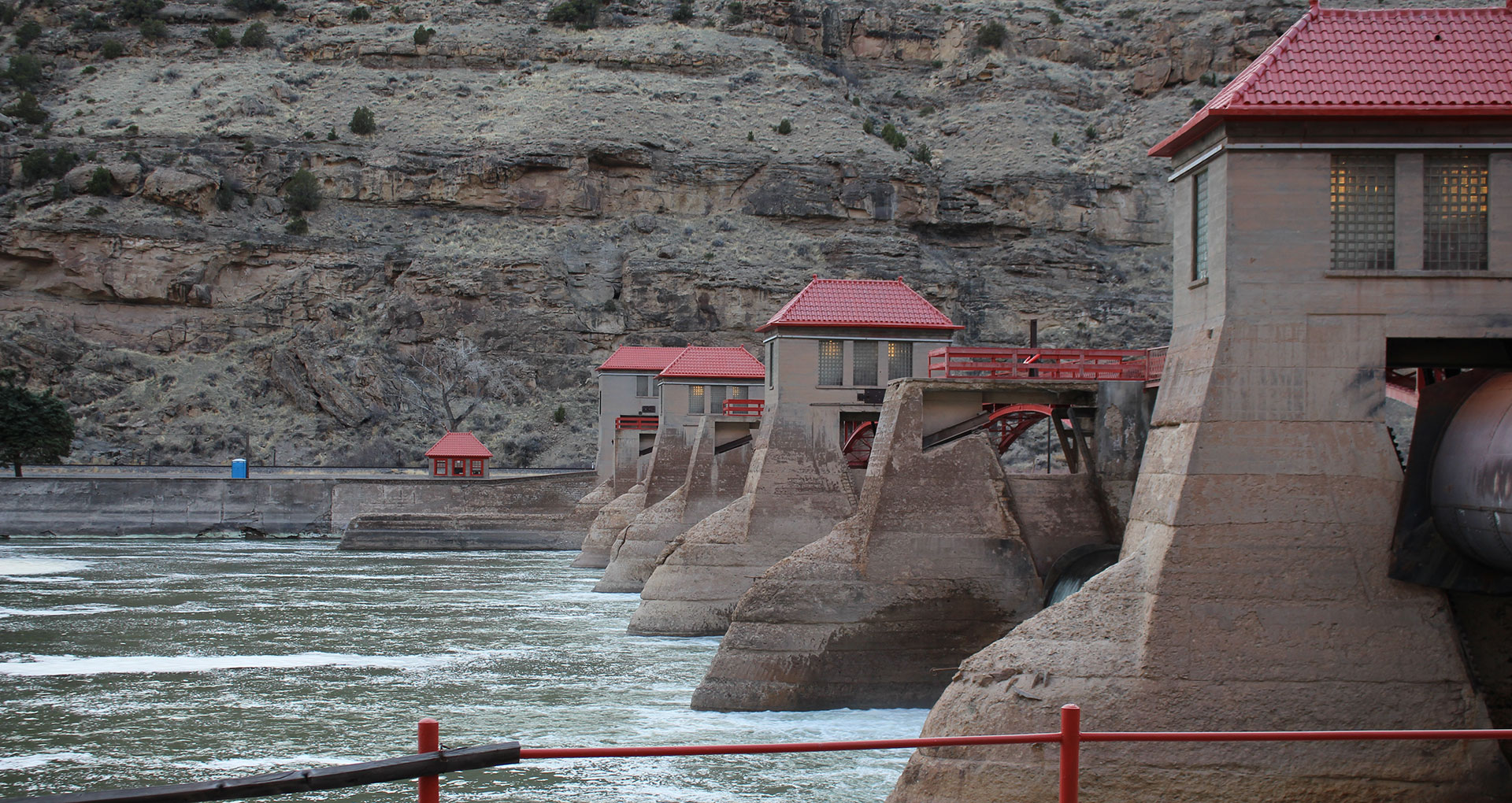 Agreeing on the problems

With problems piling up in the long and short term, it’s understandable why some players are champing at the bit to get the talks started.

But University of Nevada-Reno political scientist Elizabeth Koebele said it could take a year or more to create the processes to allow more seats at the negotiating table. No single entity is in charge of managing the Colorado River, meaning that its decision-making can be messy, even without including interests and perspectives that have been excluded or ignored historically.

And before big solutions can get trotted out for consideration, the basin could use a reckoning on what exactly the problems are.

That might seem like an intuitive place to start, Koebele said. But in the basin, coming up with basic answers to simple questions can be a challenge.

“What are the bounds of this problem? What's the definition of the problem? What are our real beliefs about what the causes of these problems are?” Koebele said.

Certain factors will play an outsized role in determining how the negotiations play out, Koebele said. If the current drought worsens, those at the table might be more willing to take risks and entertain more innovative solutions.

But one thing is certain, Koebele said: The deadline to finish a new agreement is five years from now. And the future of the water supply for 40 million people is on the line.

This story is part of ongoing coverage of the Colorado River Basin, produced by KUNC and supported by the Walton Family Foundation. KUNC is solely responsible for its editorial content.

Drought monitors paint a bleak picture for the Colorado River The Boneyard helps create a digital twin of a fighter jet Nonprofit helps homeowners find good price for solar panels
By posting comments, you agree to our
AZPM encourages comments, but comments that contain profanity, unrelated information, threats, libel, defamatory statements, obscenities, pornography or that violate the law are not allowed. Comments that promote commercial products or services are not allowed. Comments in violation of this policy will be removed. Continued posting of comments that violate this policy will result in the commenter being banned from the site.