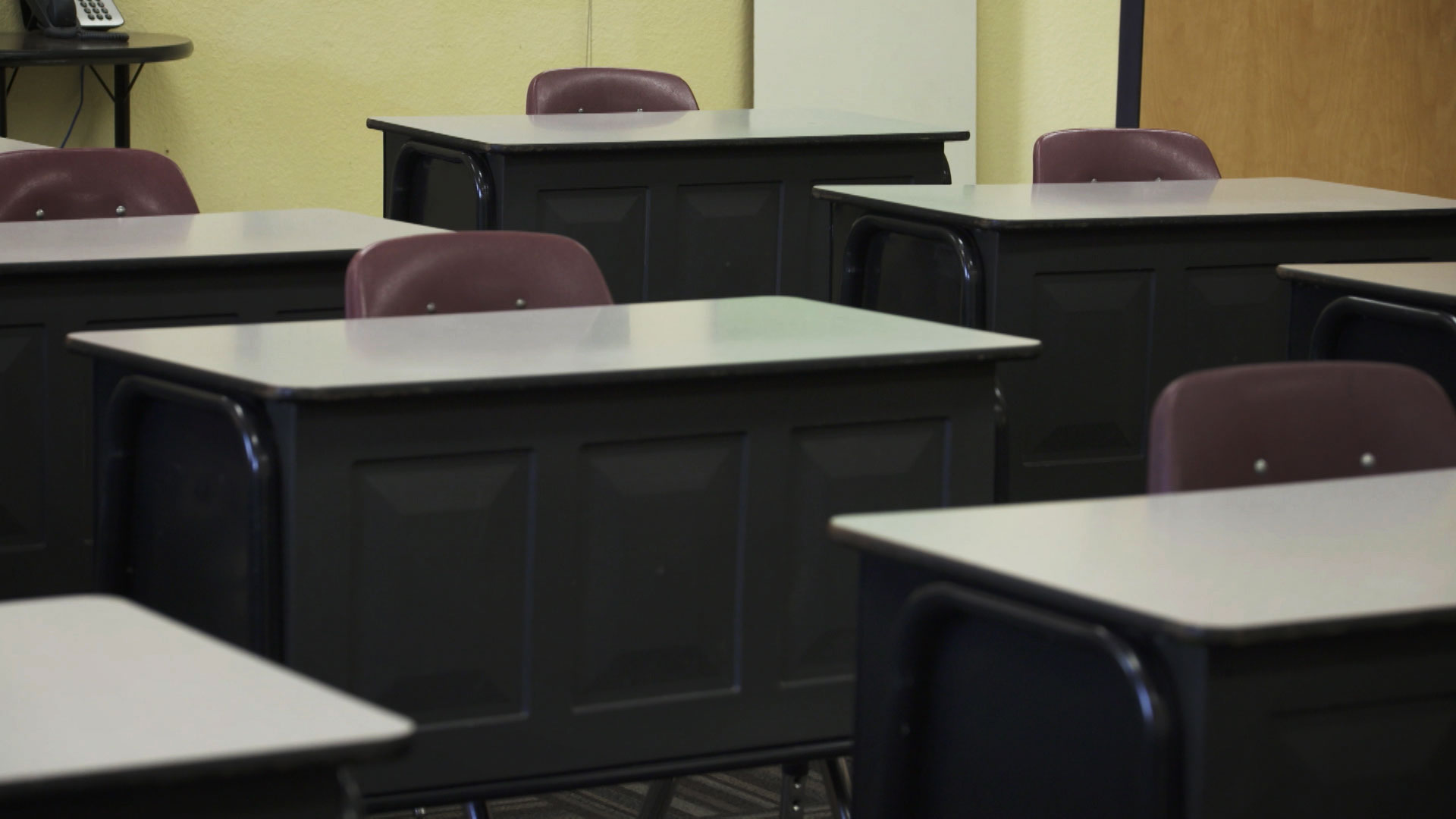 Due to rising case rates, Pima County no longer fully meets the criteria set for reopening schools, according to data from the Arizona Department of Health Services.

As of Sept. 24, the department still listed Pima County as approved for hybrid learning.

While some students head back to school, at least part time, at-home learning has given parents greater access into how their kids behave in class than ever before. Between frustrating technology, not being around friends, and just generally being very young, tears are not uncommon in virtual classes. They were not uncommon in traditional schools either. The Los Angeles Times dug into how parents being present for the tears changes things.

Meanwhile, the University of Arizona’s attempts to lower case rates among its students have been met with mixed results. Last week, he UA and the Pima County Health Department asked students to shelter in place.

There is no way to know how many students headed the order. What we do know is that the number of positive case numbers this week, with the exception of Monday, were significantly lower than last week. Though, the number of tests performed was also lower this week.

As schools in Pima County begin to open for hybrid learning, district must decide whether or not to alert families when a COVID-19 case is identified. The districts differ in their approaches.

The Tucson Unified School District will not notify families unless the case leads to a school closure, the Arizona Daily Star Reports. Other districts adopted the policy of only notifying those who sent a significant amount of time in close proximity to a person with COVID-19. Two districts have committed to informing everyone who was on campus with a person who tests positive.

PHOENIX — The former vice principal of a Goodyear charter school has been sentenced to four months in jail and five years of probation in a fraud case.

Cadiz and Vega worked at the now-closed Bradley Academy of Excellence, a K-8 charter school. Prosecutors say the two reported hundreds of fake student profiles to the state education department to fraudulently get $2.5 million in additional funding for the financially failing school.

Gov. Doug Ducey praised the efforts of Arizona's three state universities on Thursday during a press conference highlighting their research and efforts toward controlling the COVID-19 pandemic.

Ducey began by quickly running through various metrics tracking the spread of the pandemic, pointing to major drops in the state's percent positivity and hospital beds in use from their heights in July.

Joined by President Robert Robbins of the University of Arizona, President Michael Crow of Arizona State University and President Rita Cheng of Northern Arizona University, Ducey said the state will spend an additional $14 million on their collective efforts toward controlling the spread and developing research to help the state and nation respond. That includes $8 million for additional testing and surveillance at universities, and $6 million for ASU to help it continue developing its "point in need" test.

COVID-19 testing down at the University of Arizona

The University of Arizona tested 3,910 students and staff members this week for COVID-19. That is below the goal of 6,000 tests per week the university President Robert Robbins wants.

Tests only broke the 1,000-test threshold one day according to data published by the university on Thursday night.

“We suspect the numbers are down due to the county’s shelter in place recommendation. We have the capacity, but not the business,” wrote Holly Jensen, University of Arizona Vice President for Communications, in an email.

See a graph of COVID-19 cases at the UA here.

Pima County COVID-19 spike is due to UA, Garcia says

Pima County Medical Director Dr. Francisco Garcia says a recent surge in COVID-19 cases in the county can be traced directly to the University of Arizona and its immediate vicinity. Garcia spoke Friday with AZPM's Steve Jess.

Listen to the interview here.

The Pac-12 conference has reversed its decision to cancel its college football season. The reversal comes a week after the Big-10 Conference made the same decision.

Conference teams will play an abbreviated seven-game season beginning Nov. 6 and the conference championship game will be played Dec. 18.But no fans will be allowed to attend games held on conference campuses. The full schedule of games is expected to be released in the next few days.

In August, both Pac-12 and Big Ten medical advisers called for the season to be canceled following the emergence of reports linking potential serious cardiac side effects from the virus, as well as worries that athletes would be not able to travel safely.

The decision affects the University of Arizona and Arizona State University both of which play in the conference.

PHOENIX — The coronavirus pandemic is prompting Arizona State University to shorten its fall semester, with any instruction during the one remaining week after the Thanksgiving break to be conducted virtually. Provost Mark Searle also said Friday in an email citing “current health circumstances” that the December commencement would be conducted virtually.

The fall semester will end Dec. 4, with the previously scheduled Dec. 7-12 week for final exams canceled and finals instead held the last day of class by Dec. 4.

Schools South Of The Border: Some Sonoran Students, Families Struggle For Education Amid The Pandemic

Thirty million million students in Mexico go to school now by switching on the TV to watch classes being broadcast throughout the country.

Upbeat teachers speak directly to the camera from brightly lit TV studios as they present lessons on math, civics, music and other subjects with perky assistants, some of whom act out the role of students, since the real ones are on the other side of the screen.

In Mexico, all elementary and middle school classes started being broadcast on TV and radio on Aug. 24. The idea was to make distance learning more accessible to families who don’t have internet access.

But that hasn’t meant easy access to education for everyone

Education notebook: Pandemic worsens inequalities in education Education notebook: Teacher shortage worsens amid pandemic, UA and county address rising cases As schools reopen, Arizona confronts high rates of COVID-19 in youth
By posting comments, you agree to our
AZPM encourages comments, but comments that contain profanity, unrelated information, threats, libel, defamatory statements, obscenities, pornography or that violate the law are not allowed. Comments that promote commercial products or services are not allowed. Comments in violation of this policy will be removed. Continued posting of comments that violate this policy will result in the commenter being banned from the site.