As Congress stalls on another stimulus bill, a look back at the last round of federal aid

Many businesses have struggled since the start of the pandemic, but federal funds have helped some. by Christopher Conover TWEET SHARE 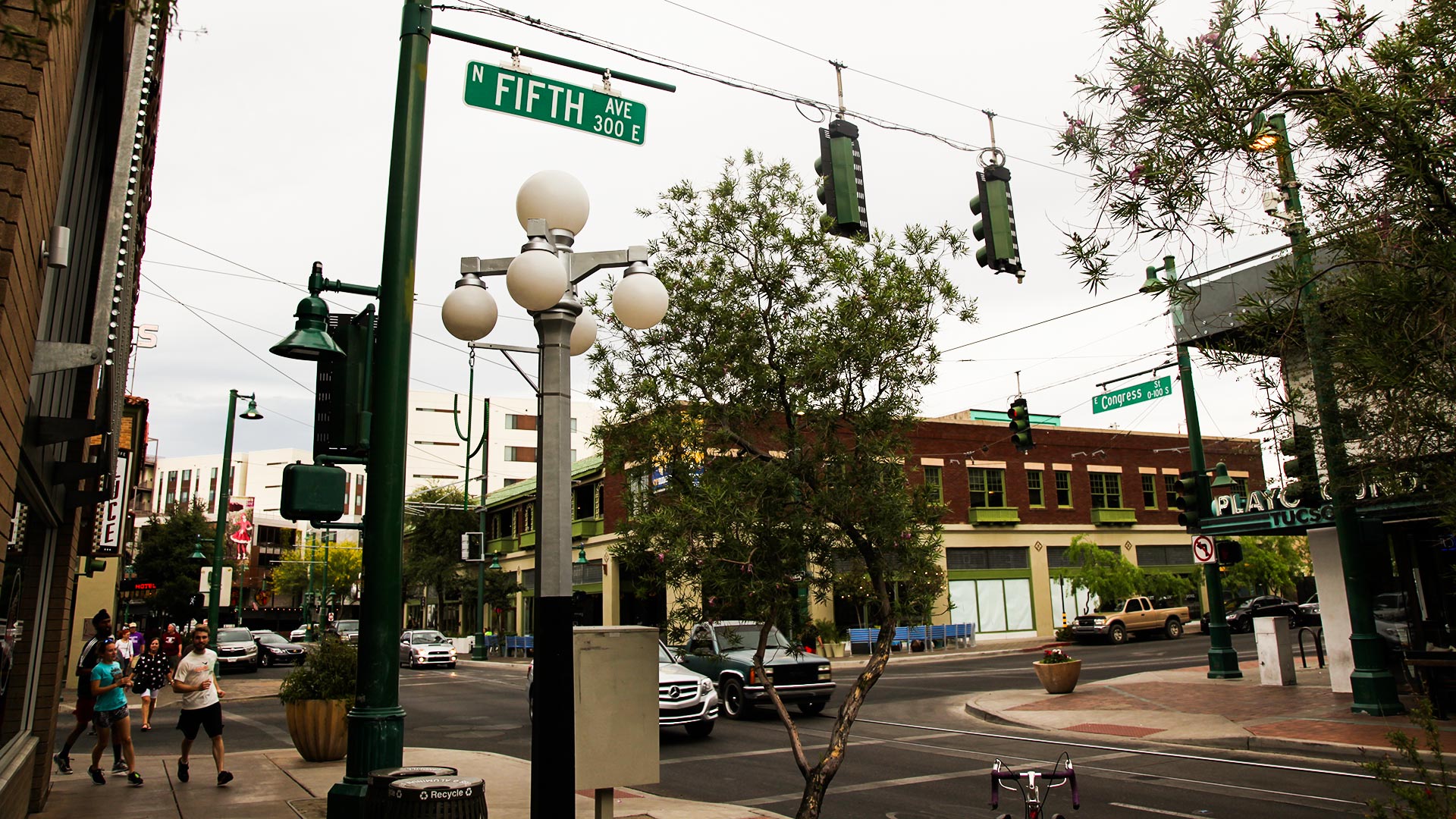 The intersection of Fifth Avenue and Congress Street in downtown Tucson, 2017.
Nick O'Gara/AZPM

The number of new daily cases of the novel coronavirus in Arizona has been declining in recent weeks. That could be good news for the economy, which has struggled since March.

Congress passed the CARES Act at the end of March, a $2 trillion stimulus package that contained funding for individuals, businesses and local governments. Congress and the president are debating another round of stimulus funding, but those talks have ground to a halt and it's unclear if or when that will happen.

"But keep in mind the CARES money was not necessarily to help the city, it was to address the impact of the pandemic," he told The Buzz.

Ortega said that some of the money was used to pay for personal protective equipment and salaries for front-line workers. The money also helped fund coronavirus testing efforts, which the city has partnered with the county to set up.

“[City] Council also felt it very important, early on … to establish testing,” Ortega said. “To make sure we knew and were able to make data-driven decisions about what was going on in the community.”

Tucson's mayor and council have approved $3 million in grant money for workers and families negatively impacted by COVID-19, giving priority to those who haven't yet received any state or federal relief. Pima County also has programs targeted at helping businesses and individuals.

For businesses in Southern Arizona and across the country, federal dollars provided a lifeline during a time when much of the country was under stay-at-home orders. One of the most popular of those was the Paycheck Protection Program.

Click to look at PPP loan statistics in Southern Arizona.

At the beginning of July, the federal Small Business Administration, which oversees the program, reported 19,000 loans were given to Arizona companies. Those loans ranged from less than $150,000 to $10 million.

Large banks with familiar names like JPMorgan Chase, Bank of America and Wells Fargo were responsible for most of the loans in the state, but banks of all sizes were part of the program. In Arizona even smaller banks were able to give individual company loans in the $5 million to $10 million range.

Dennis Hoffman is the director of the L. William Seidman Research Institute at the W.P. Carey School of Business at Arizona State University. He said the PPP loans could have been more targeted to help those most in need.

“The good thing about PPP is it got a lot of money out the door, very quickly and helped sustain the economy,” Hoffman said.

However, there were some aspects of the program he felt could have been better handled. For one, the money was distributed through the banks. This gave an advantage to business owners who had long-standing relationships with particular banks.

Hoffman also said that there was very little regulation over which businesses could apply for loans. So businesses that were really hurting for work, like the hospitality industry, were competing against businesses that might be booming during the pandemic.

Hoffman suspected that there might have been more money to distribute to struggling businesses had the PPP been more strict with who received funds.

The SBA will forgive the low interest PPP loans so long as the receiving company can show that at least 60% of the money went to payroll.

Congress is still debating whether or not a similar program will be included in the next coronavirus relief package.

For years, Chicanos Por La Causa has given business loans to companies throughout the community. Business Development Officer Mark McKenna said that has increased during the pandemic. He said in recent months the organization has become more proactive with outreach to let people know what they do and what programs are available.

"Since the end of March we've been heavily involved in the Paycheck Protection Program, and this was a huge, huge undertaking, especially for our organization,” McKenna said.

According to McKenna, Chicanos Por La Causa helped nearly 1,000 small businesses receive funding. As the federal money dries up, the organization is looking for new ways to help the community.

“As we get past the PPP phase, we’ve developed what we call a COVID-19 microloan,” McKenna said.

These loans are between $10,000 and $25,000 and are meant to help existing businesses cover operating expenses for about six months.

The Buzz airs Fridays at 8:30 a.m. and 6 p.m. and Saturdays at 3:30 p.m. on NPR 89.1. You can subscribe to our podcast on iTunes and NPR One. See more from The Buzz.
SUBSCRIBE TO PODCAST
MORE: Arizona, Coronavirus, Economy, News, The Buzz

Arizona unemployment rate rises above national average Arizona plans to use federal unemployment supplement, but not add to it Unemployment rate drops in Arizona, remains high
By posting comments, you agree to our
AZPM encourages comments, but comments that contain profanity, unrelated information, threats, libel, defamatory statements, obscenities, pornography or that violate the law are not allowed. Comments that promote commercial products or services are not allowed. Comments in violation of this policy will be removed. Continued posting of comments that violate this policy will result in the commenter being banned from the site.