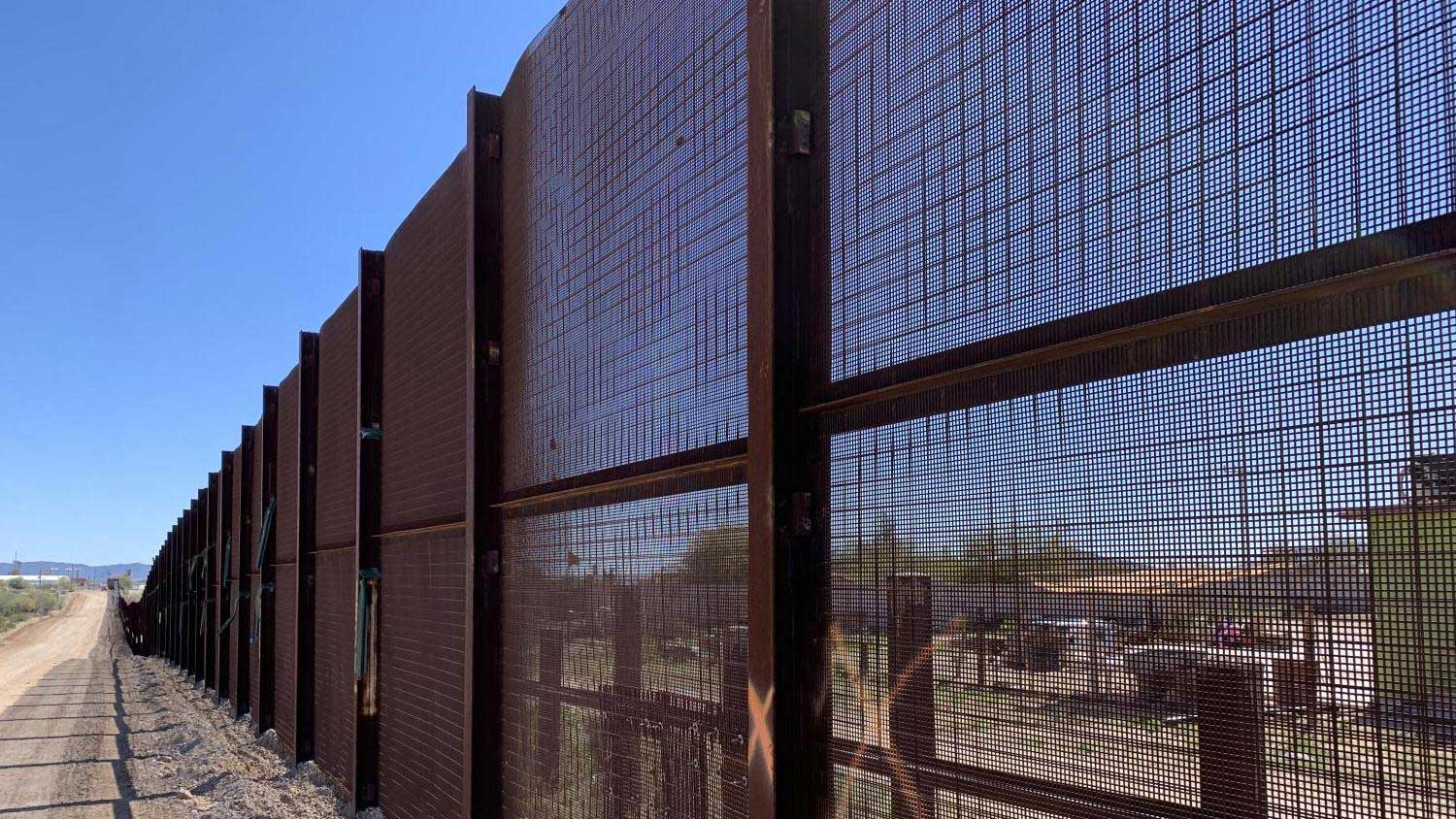 VIEW LARGER This border screen system installed in Organ Pipe Cactus National Monument was being replaced in 2020 with a 30-foot-high bollard border wall because Border Patrol officials said it was being cut through. Now the new border wall is also being breached.
Michel Marizco/Fronteras Desk

The Border Patrol has a problem: It’s built about 200 miles of new border wall along the Mexican boundary but it hasn’t figured out how to keep people from breaching it. So it’s asking for help.

The Trump administration hasn’t been able to stop people from destroying the new walls. In San Diego when the administration hired contractors to build new prototypes, soldiers were able to destroy them. Then smugglers began to do so.

Vicki Gaubeca is with the Southern Border Communities Coalition, which has criticized the administration’s wall projects.

"That part of leapfrogging technology reads like bad science fiction novel. i think they’re trying to solicit these ideas of something that’s built with i don’t know, some kind of space technology," she said.

The request for ideas includes brainstorming whether paint could make it easy to spot someone jumping over.

And the agency asked whether sensors could be used in conjunction with a new wall system idea. Such cross-pollination was at the heart of the Border Patrol's plans in 2015 and 2016, when it focused on a message that the border wall was only one kind of barrier that needed other pieces to work correctly.

"They don't acknowledge that they already spent a lot of taxpayers money in building this wall," Gaubeca said.

The U.S. government has built about 182 miles and wants to complete 450 miles by the end of the year.

In early May, acting Customs and Border Protection Commissioner Mark Morgan told Fox News that the Trump administration had built 182 miles of border wall and that the coronavirus pandemic hadn't slowed the project down. He said then that the goal was to complete 450 miles of border wall by year's end.

New University of Arizona building focuses on tech startups For border communities, fallout of crossing restrictions lingers but opportunity remains Southern Arizona heat takes annual toll on car batteries
By posting comments, you agree to our
AZPM encourages comments, but comments that contain profanity, unrelated information, threats, libel, defamatory statements, obscenities, pornography or that violate the law are not allowed. Comments that promote commercial products or services are not allowed. Comments in violation of this policy will be removed. Continued posting of comments that violate this policy will result in the commenter being banned from the site.