The cross-border Cocopah Indian Tribe has lived along the river delta for centuries. by Alisa Reznick Tweet 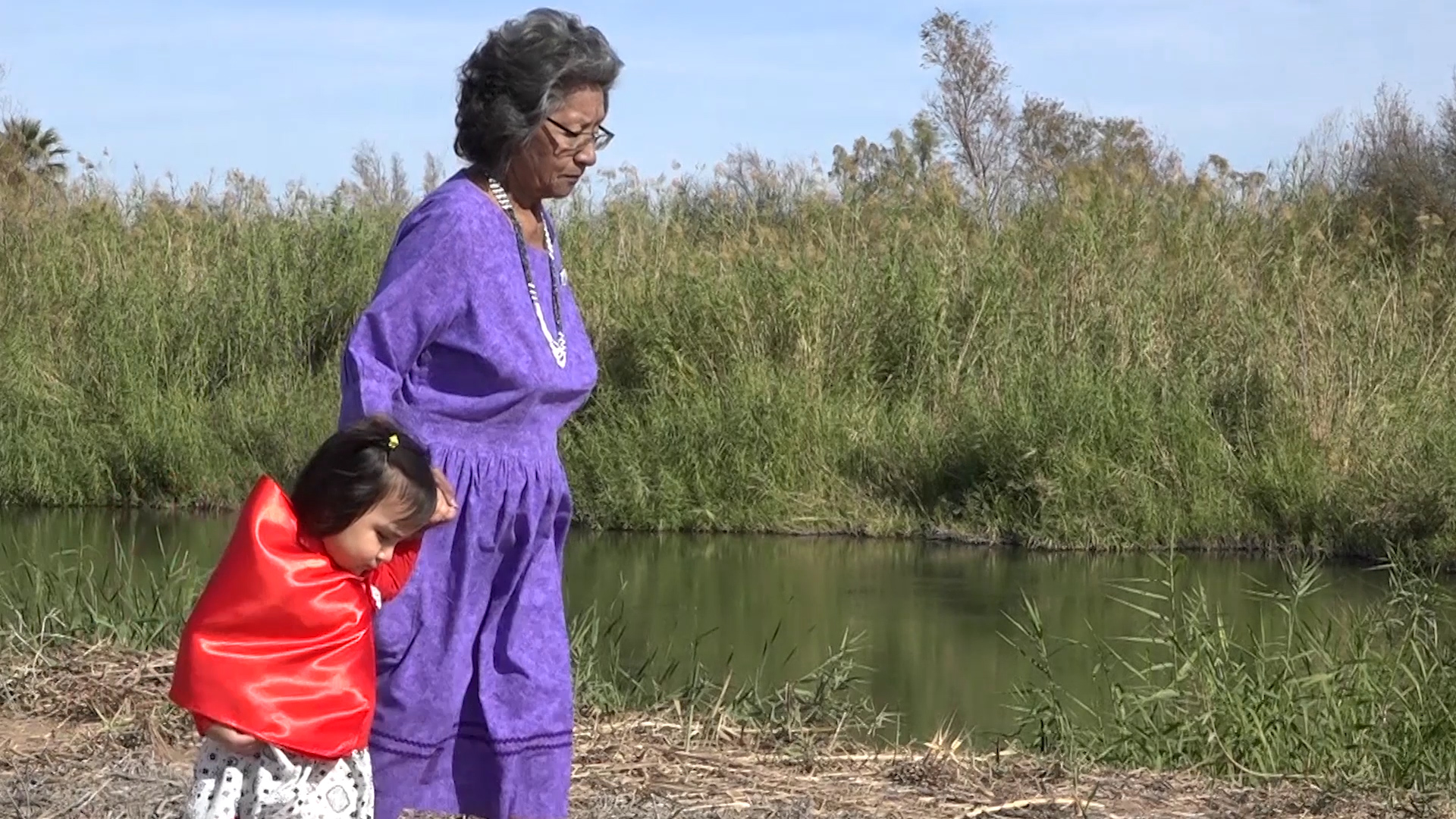 Cocopah Elder Frances Barley Evanston and her great niece walks along a portion of the Colorado River on the tribe's Northern Reservation.
The Cocopah Tribe/Cocopah Now

President Trump's wall now stretches along 200 miles of U.S.-Mexico borderland. Progress hasn’t slowed during the coronavirus pandemic; in some places it’s even accelerating. But there’s a tiny swath of tribal land on the Colorado River where that’s not the case.

The Cocopah Indian Tribe’s reservation sits in the river’s delta, a corner of the borderland where California, Arizona and Mexico meet. Today tribal members are some of 40 million residents in western states who receive a share of water from the Colorado River basin. But they have been tied to the river much longer than those states have existed.

"The Colorado River where we are located is the line that divides us between US and Mexico," said Joe Rodriquez, a Cocopah tribal member and the director of its museum. "So the river itself is also on our land."

The Gila River joins the Colorado nearby and water used to flow all the way into the Gulf of California. Rodriquez said the water in this area sustained the animals tribal members hunted and provided the mud for the houses they built. It was central to Cocopah life, and still is.

"The river water is life, life," he said. "It flows through our ancestral land. Everything that we need to sustain our tribe, ourselves our families is obtained from the river itself."

But access to that lifeline has been uncertain. The Trump administration is lining the US-Mexico border with an 18-30-foot steel wall. Until recently, that included the Cocopah’s seven mile stretch of borderland where a portion of the river is. But in May, a court document filed by federal lawyers slashed funding for the Cocopah section. 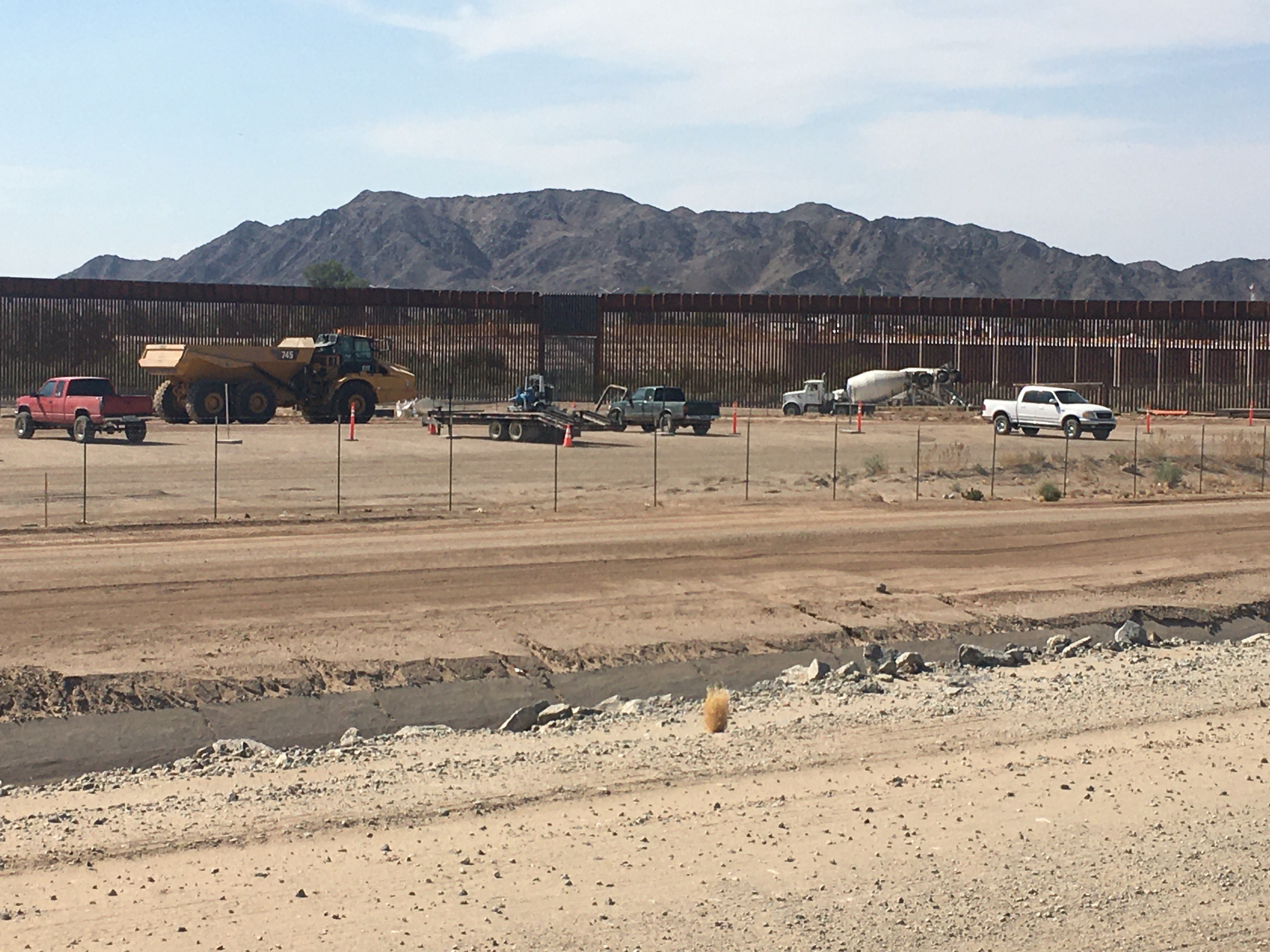 VIEW LARGER A segment of border wall is erected along a stretch near the Morelos Dam upstream from the Cocopah reservation. Colorado River water reaches the dam and is diverted into farming operations in Mexico.
Isaac Russell

The document said it’s because of difficult terrain and high building costs. But other wall sections planned in the area will cost as much if not more. Arizona Congressman Raúl Grijalva said the real reason for the change is about tribal sovereignty.

"It would be foolish of homeland security of this administration to challenge sovereignty, because you’re challenging sovereignty at all levels if you do that," he said. "[That is] a project they can't win."

Grijalva said this point has already been made — successfully — by the Tohono O’odham Nation. The southern Arizona tribe has a reservation the size of Connecticut. More than 60 miles of it runs along the border. Tribal leaders like Chairman Ned Norris Jr. has been outspoken about their opposition to any wall on their land. In February, Norris Jr. spoke at a congressional hearing about wall projects on ancestral Tohono O'odham land at Arizona's Organ Pipe National Monument.

"For us this is no different from DHS building a 30-foot wall along Arlington cemetery," the chairman said during a congressional hearing about wall projects in February.

Both the Tohono O’odham and Cocopah have ancestral land that has been split by the US-Mexico border and tribal members who still live in Mexico. Wall segments continue to go up across Arizona wilderness now, but stop at the boundary of the Tohono O'odham reservation.

Cocopah leaders haven’t opposed the wall publicly. They declined to comment on news of the portion being cut, but provided a copy of a letter tribal lawyers sent to Customs and Border Protection in May.

In the letter, lawyers say the tribe has been kept out of the loop about construction plans. They say the Cocopah have cooperated with agency requests in the past, allowing access roads, patrol cars and chest-height vehicle barriers on the seven mile border stretch.

The letter says this area is "the cultural and spiritual heart of the Cocopah homeland." Building a 30-foot wall is unacceptable because it would cut off vital access to the water and family living on the other side.

"The Cocopah traditional lands and current relatives span the border area and know no country," the letter continued. "The wall would separate Cocopah’s culturally-tied relatives, negating a familial connection that is similar to the barrier created by the Berlin Wall."

And it’s not just tribes who are worried about what a wall could do to the landscape. Environmentalists like National Audubon Society’s Colorado River Program Director Jennifer Pitt say before agriculture, industry and cities, this delta was an oasis.

"This area was once an ecosystem of somewhere between one and a half to two million acres of wetlands, riparian corridors and mud flats," she said.

She said binational conservationists have spent years creating restoration sites on both sides of the border. But those could be blocked by other sections of the new wall. 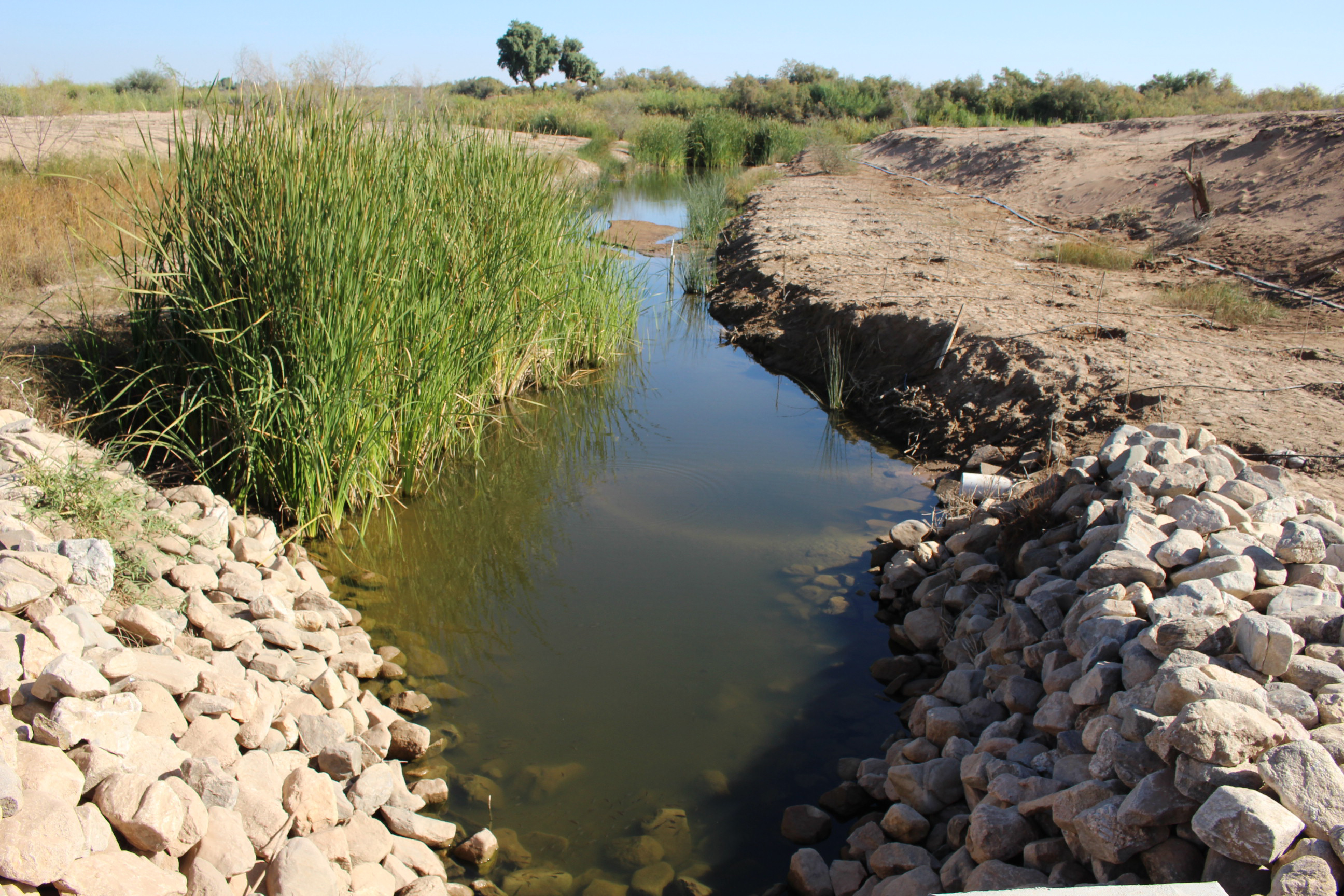 Construction is continuing elsewhere outside tribal land. Isaac Russell lives within a mile of the border just north of one section of the Cocopah reservation. He and his wife used to bike through a thicket of trees on the river’s path along the border. That's not possible now.

"They did massive amounts of clearing and they’re still doing more for wall north of the [Morelos] dam. Cottonwoods, mesquites, palms," Russell said. "A bunch of stuff."

Water is diverted at the Morelos Dam upstream from the Cocopah tribe and dispersed into farming operations in Mexico. Russell said he worries what construction will do to water and wildlife around the area. His testimony is part of an environmental lawsuit against the wall project now. But he said he didn’t know wall segments were even planned in his area until environmental groups told him last spring.

Border Patrol requested public comment for the project back then, but Russell said the construction contract was awarded a day into the comment period. Construction began last year.

In an email, the agency said it consults with stakeholders like tribes and border residents on wall projects. Over 50 miles of border wall has already been built in the Yuma area. Construction along another 56 miles is ongoing.

Pima County libraries reopen with new coronavirus protocols Residents in Cochise County organize vote to establish water regulation Hydropower customers could pay extra fees
By posting comments, you agree to our
AZPM encourages comments, but comments that contain profanity, unrelated information, threats, libel, defamatory statements, obscenities, pornography or that violate the law are not allowed. Comments that promote commercial products or services are not allowed. Comments in violation of this policy will be removed. Continued posting of comments that violate this policy will result in the commenter being banned from the site.