The number of first-time unemployment claims in Arizona totaled 129,215 for the week ending April 4, 2020. The number represents a 46% increase in one week. When compared to a month before, the first week of April was a 3,749% increase. 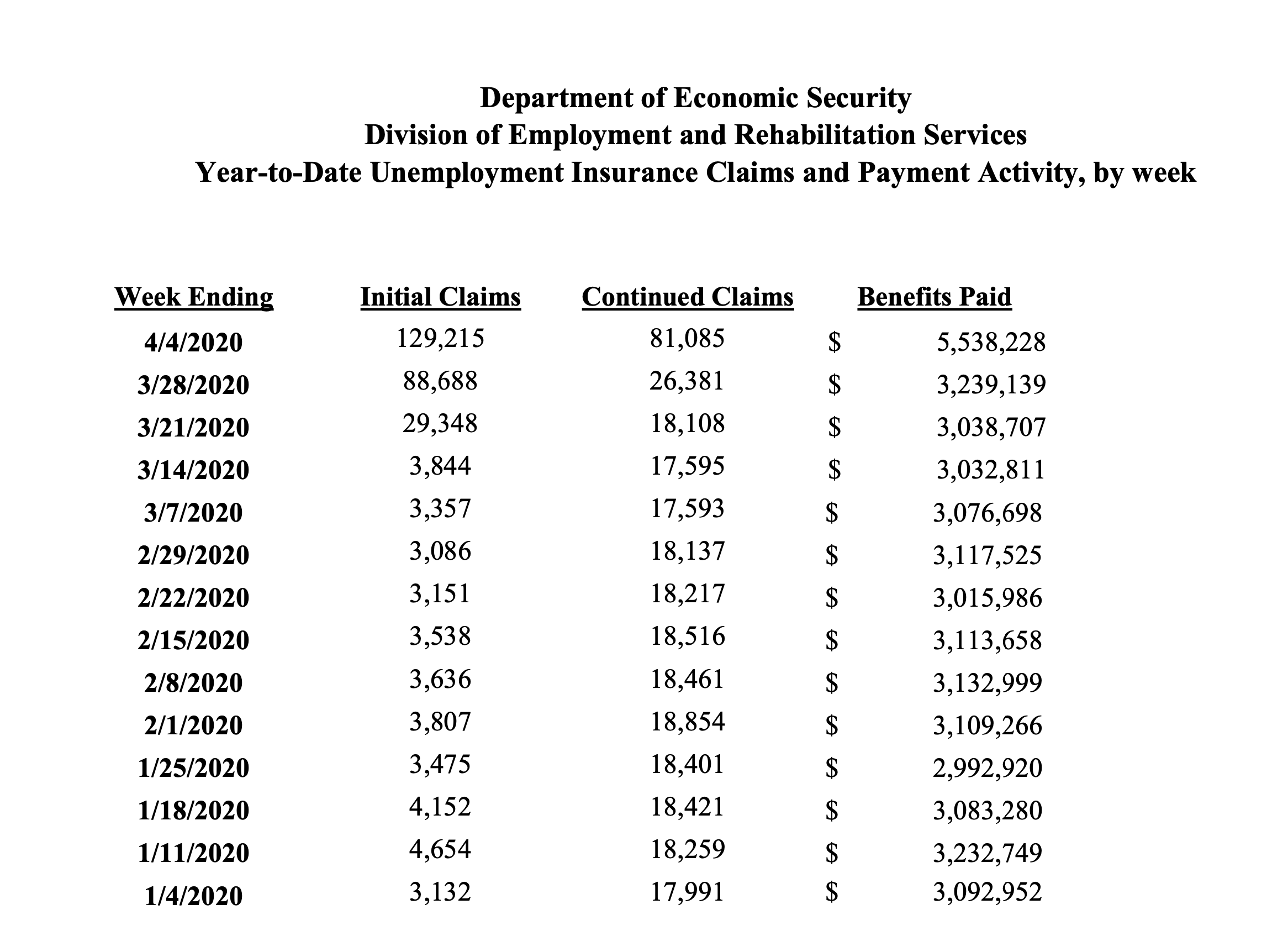 The data from the Arizona Department of Economic Security also showed that total payments for the week of April 4 topped $5.5 million, a nearly $2.3 million increase.

The numbers are historic, according to University of Arizona economist George Hammond. But he said Arizona will rebound.

“The growth rates are gonna look really good because the depths of the downturn are gonna be really low, but I think we’re gonna be looking at unemployment rates still in the double digits into early 2021 but the rate will gradually come down as we go through 2021 and we will get back to the historical growth rates that we’ve seen here in Arizona,” said Hammond.

The stability of the state economy before the work stoppage caused by the spread of COVID-19 will allow Arizona to rebound, according to Hammond.

When Gov. Doug Ducey’s stay-at-home order is lifted, Hammond said he expects Arizona residents will quickly start buying again. He cautioned, however, that retail boom may be short lived as people try to keep money in savings in case there is another outbreak.

First-time unemployment claims decrease in Arizona Arizona hospitals, health care providers receive $707M from relief package Budget committee projects possible $1B Arizona shortfall due to coronavirus
By posting comments, you agree to our
AZPM encourages comments, but comments that contain profanity, unrelated information, threats, libel, defamatory statements, obscenities, pornography or that violate the law are not allowed. Comments that promote commercial products or services are not allowed. Comments in violation of this policy will be removed. Continued posting of comments that violate this policy will result in the commenter being banned from the site.