The governor has vowed to ramp up testing throughout Arizona, but the state’s information about current cases is still murky. by Michel Marizco and Matthew Casey, Fronteras Desk TWEET SHARE 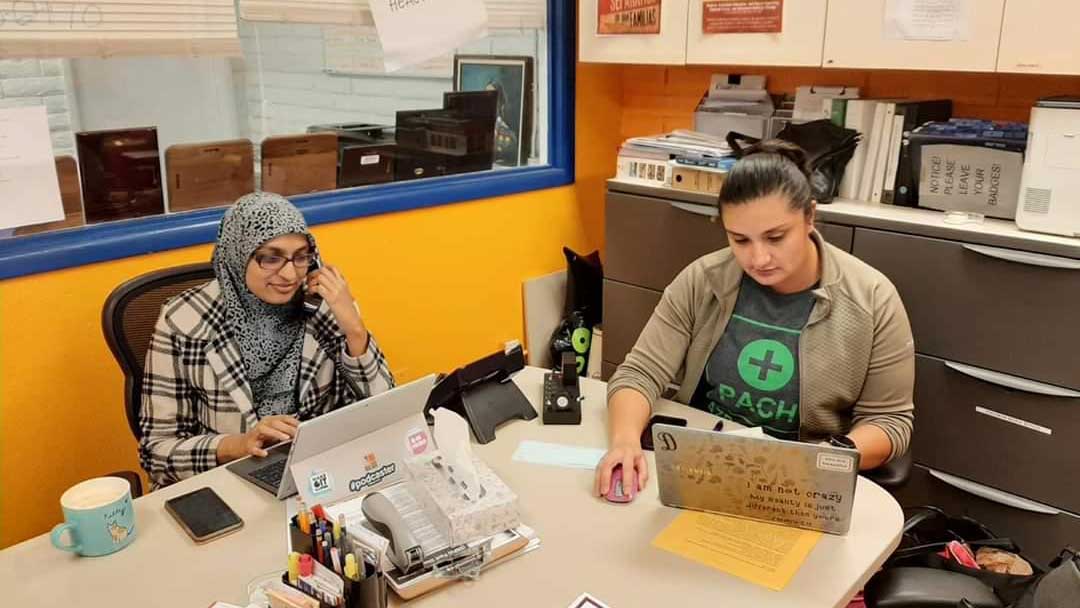 Experts say there are more than 200,000 undocumented immigrants living in Arizona.

Some get treatment at the Phoenix Allies for Community Health clinic.

“They are reticent to go and get tested,” said Dilia Ayala, director of clinic operations.

The clinic doesn’t have access to COVID-19 tests. If an undocumented patient wants one, they have to weigh the risk of a hospital visit that they worry could get them deported against the benefit of knowing exactly why they’re sick.

“They figure ... getting that positive or negative result is really not going to make that big of a difference if they are already going to isolate,” said Ayala.

The all-volunteer staff does telescreening, monitors medication and delivers food to people with symptoms of COVID-19 so they can stay home. They also watch for signs that emergency care is needed, which hasn’t happened yet.

But little to no testing of undocumented people means there’s a hole in the state’s data tracking system.

“It’s missing a whole population’s worth of numbers,” said Ayala.

Arizona has tested 45,000 people for the coronavirus as of Wednesday. Gov. Doug Ducey has vowed to ramp up testing throughout the state, but the state’s information about current cases is still murky.

State officials have been tallying infections and deaths on a daily basis. But they have stonewalled reporters on specifics about those cases and have omitted crucial information.

First the context. The growth of cases on a day-to-day basis is missing from the state's public information. According to a KJZZ tally of state data: the number of cases nearly doubled from 2,000 confirmed cases April 4 to 4,000 on Wednesday. The number of people who’ve died doubled since about April 6, when 65 were reported dead, to 142 dead on Wednesday.

Since April 9, KJZZ asked the Arizona Department of Health Services to provide a basic structure of who is being counted in the state’s tally. We asked whether tribal members were being counted, inmates in federal prisons, and about detainees in immigrant detention centers.

We also requested an interview with Director of Communications Chris Minnick. We reached out again Friday and Monday.

On Tuesday, government officials told us tribal members are included in the count but only if they were reported to local public health agencies. Cases that were only reported to Indian Health Services are not included.

Information about 32 of Arizona’s ZIP codes hasn’t been disclosed because state officials say they haven’t received approval from tribal leaders.

Just because testing data is incomplete, doesn’t mean you shouldn’t use it, said Will Humble, former Health Services director and current executive director of the Arizona Public Health Association.

“The data that you have is the data you go to war with,” he said.

The amount of testing in Arizona and across the nation has been disappointing, Humble said. The shortcoming adds uncertainty to the models used to project when statewide hospitalizations will peak, which is right now expected to come between the end of April and mid-May.

“Of course there’s uncertainties, but that doesn’t mean you don’t use the models that you have and the data that you have,” he said.

Arizonans’ willingness to practice social distancing is why the models now project that the state can handle COVID-19’s effect on the health care system, even if officials interpret the models through pessimistic eyes.

“We’re still within our capacity both on regular hospital beds and ICU beds,” said Humble.

Leila Barraza, a public health academic at the University of Arizona, points to the need for more testing:

"I know there's efforts in hopes to increase that and that will be important in any planning of things reopening. Without that testing, then you can't isolate and quarantine; you can't do that if you can't identify who the cases are," she said.

The state and UA announced on Tuesday that a quarter-million first responders would be tested to see whether they’d had the coronavirus and recovered.

“We’re really trying to get an idea of who’s getting sick, how sick are they getting, and what kind of risk factors they might have,” she said.

There are ways to determine whether the curve is flattened, but that takes knowing how many cases there are.

“It’s a combination of both the PCR test to make sure that we catch the acute active infections and then the antibody testing to get an idea of what the level of immunity is in the community,” said Pogreba-Brown.

First responders are among the most exposed people in the state and their testing will give Arizona a reasonable model for immunity. But without further testing, Arizona could have to restart the whole process all over again.

Pima County faces COVID-19 vaccine shortage Pima County readies COVID-19 vaccine expansion Health workers worry about COVID-19 impact on Cochise County farmworkers
By posting comments, you agree to our
AZPM encourages comments, but comments that contain profanity, unrelated information, threats, libel, defamatory statements, obscenities, pornography or that violate the law are not allowed. Comments that promote commercial products or services are not allowed. Comments in violation of this policy will be removed. Continued posting of comments that violate this policy will result in the commenter being banned from the site.