The district has lost nearly 6% of students this year, which could mean a loss of millions of dollars of funding. by Vanessa Ontiveros Tweet 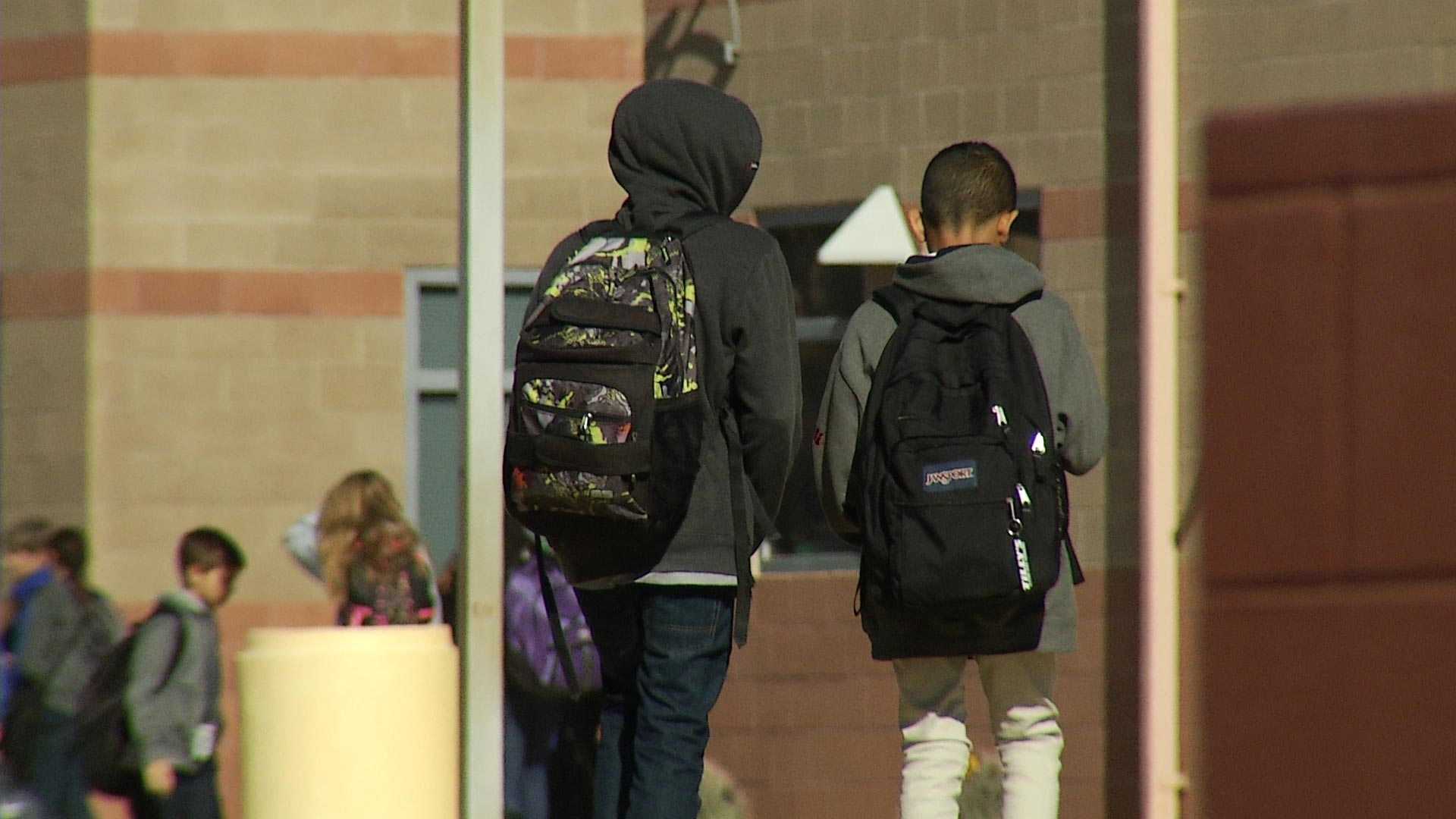 A file image of two students walking on a campus in Pima County.
AZPM Staff

TUSD Superintendent Gabriel Trujillo said on Tuesday that the district had lost about 200 families since the governing board last met on Oct. 6. Schools officials who have followed up with these families reported that many of the parents did not like that TUSD schools remained fully online, Trujillo said.

“There have been families that have not been happy not having full-time supervision of their kids, not being satisfied with on-campus learning spaces,” Trujillo said during the meeting.

The district is expecting a reduction in funding of at least $15 million due to the drop in enrollment, which will affect the 2021-22 school year. That estimate assumes enrollment remains flat during the next school year and that students will be back to in-person classes full time.

TUSD Executive Director of Financial Services Renee Weatherless presented multiple financial scenarios regarding possible hybrid start dates. The difference between starting hybrid classes in November, January or not at all this school year was negligible.

Overall, district officials projected around a $25 million impact on maintenance and operations revenue this year.

However, if the district lost 309 students, it would be financially pragmatic to begin hybrid classes, rather than risk losing even more students. That 309 student count includes the 200 families that had already left the district in October.

The governing board at the meeting voted to have hybrid-learning classes begin Nov. 12.

The district has an enrollment stabilization grant aimed at offsetting some of the losses up to the 40th day of the school year. For TUSD that date was Oct. 5. During the first 40 days of school, TUSD experienced a 4.9% decline in enrollment, Trujillo said. The grant is projected to be about $20 million, but the amount will not be finalized until late November.

Still, Trujillo said that the losses TUSD expects will likely result in some structural changes in the district to offset the loss.

“This is where the hard conversations are going to come. We’re going to have to build a budget to bring before you in May and June of '21 that’s going to be reflective of about $15 million in cost reductions and cuts,” Trujillo said during the meeting. “And those types of cost reductions aren’t the small stuff that we’ve done like the last three years.”

TUSD: Hybrid classes won't start until virus transmission is ‘moderate’ TUSD pushes back date for hybrid learning TUSD parents take top spots in governing board race
By posting comments, you agree to our
AZPM encourages comments, but comments that contain profanity, unrelated information, threats, libel, defamatory statements, obscenities, pornography or that violate the law are not allowed. Comments that promote commercial products or services are not allowed. Comments in violation of this policy will be removed. Continued posting of comments that violate this policy will result in the commenter being banned from the site.