× CORONAVIRUS: The latest coverage and local resources regarding COVID-19 from the Arizona Public Media newsroom.
October 16, 2020

TEP’s plans to raise rates and install a transmission line near historic neighborhoods are not without controversy. by Ariana Brocious TWEET SHARE

Earlier this year Tucson Electric Power announced it would dramatically increase its renewable energy generation, with plans to get 70% of its power from renewables by 2035. That's a big change from its previous plan to get 30% by 2030.

Jeff Yockey is TEP’s director of resource planning. He said much of TEP’s shift toward clean energy is due to the changing price of renewables.

“Renewables have become some of the lowest cost resources of energy, both solar and wind, and so that is beginning to replace the energy that we’d get through coal,” Yockey said. “And [natural] gas is also a significant piece of the puzzle as well.”

The goal for the 2035 Integrated Plan was to move away from coal as much as possible, Yockey said.

The shift will involve TEP buying less power from coal-burning stations, like the Springerville Generating Station, of which TEP owns two units. Similar decisions by TEP have caused some community controversy in the past.

Yockey said it's important to make the shift away from coal gradual to lessen the impact on coal-generating communities.

“We really think the key to making that transition is allowing time for that to happen,” Yockey said.

The utility is also seeking to raise rates for customers, partly to pay for the transition to recoup the costs of investments in natural gas projects like 10 huge combustion engines and more renewable energy. TEP's last rate increase took effect in February 2017 and raised the average residential customer's bill by about $8.50 a month.

TEP filed its latest rate case with the Arizona Corporation Commission last year. If approved, the current proposal will increase an average residential customer's bill by about $6.80 a month -- during a time of economic uncertainty due to the pandemic, and while TEP's parent company Fortis is reporting big revenues.

“When we file a proposal for new rates, we don’t do so lightly. We really carefully consider what we’re asking recovery for and we feel very strongly that the application that we filed … does a good job of capturing some of the improvements that we’ve made to our energy grid,” Barrios said.

He said some of the investments the new rates will pay for will help them transition to more renewable energy use.

The Arizona Corporation Commission will likely review TEP's rate case in the coming months and decide whether to approve the new rates and when they would take effect. 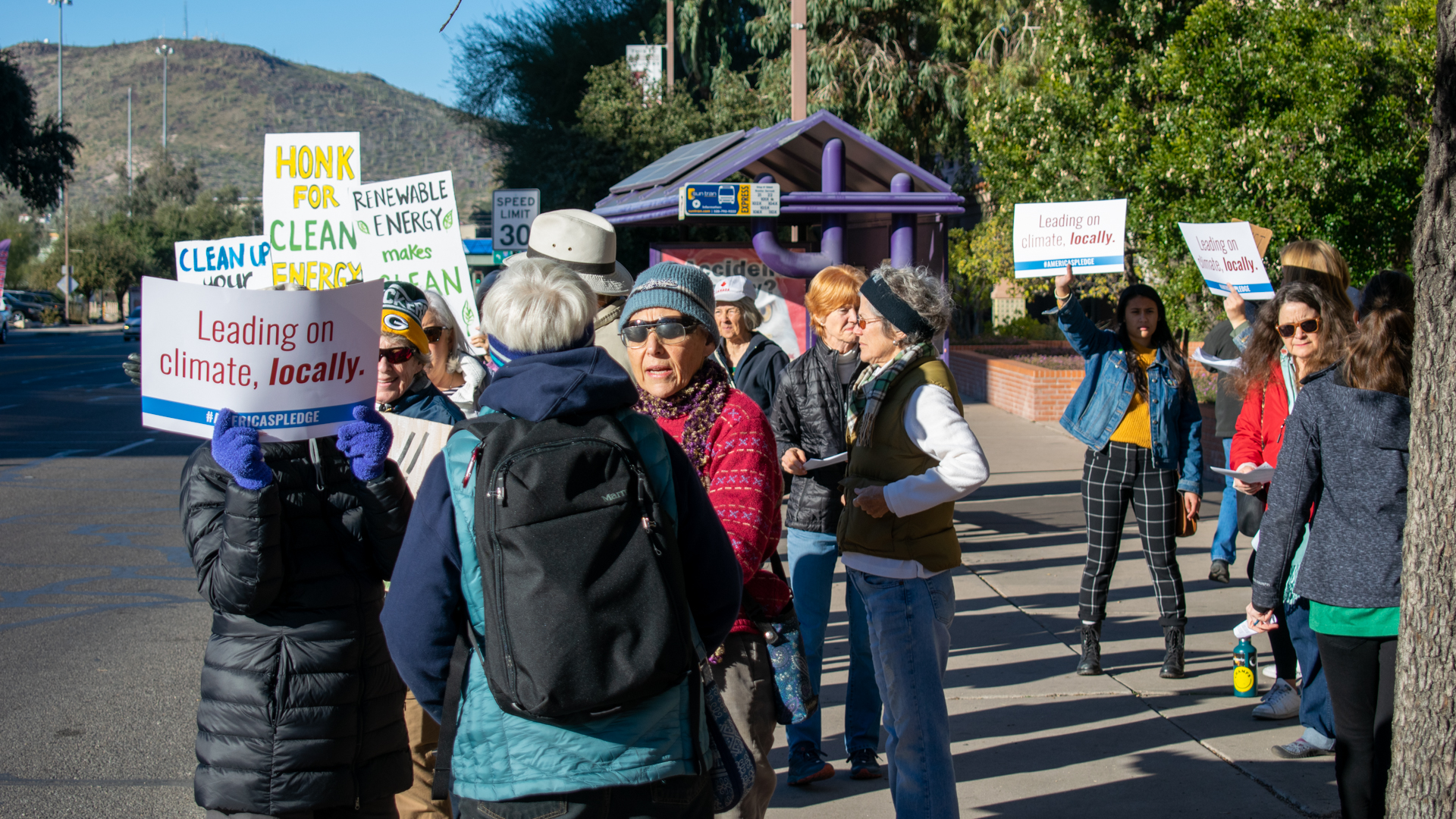 The Sierra Club has been one of TEP's biggest critics in recent years, particularly around the ongoing rate case and TEP's continued reliance on natural gas. Catalina Ross is the southern Arizona energy program coordinator with the group's local chapter.

“We feel that rate payers should not have to pay for fossil fuel infrastructure that we know is going to become even more uneconomical,” Ross said. “As we begin to move more towards renewables, we’re phasing out these investments and we shouldn’t be building more of them.”

The Sierra Club objects to TEP’s use of natural gas because the fuel source has negative economic, environmental and public health effects, Ross said. She said her group does applaud TEP for their increased transparency and community involvement with the 2035 Integrated Resource Plan, but wants them to move away from coal sooner and plan "just and equitable transitions" for coal-impacted communities.

TEP is planning to build a transmission line that will connect substations at South Kino Parkway and East 36th Street and Grant Road and I-10. The route for that Kino to DeMoss-Petrie transmission line—which is still being decided—will run through central Tucson. The large steel poles will be between 75 and 110 feet tall, possibly taller at major roads. TEP has said the line is necessary to improve reliability, add capacity for increased demand and support the needs of the University of Arizona and Banner - University Medical Center Tucson. 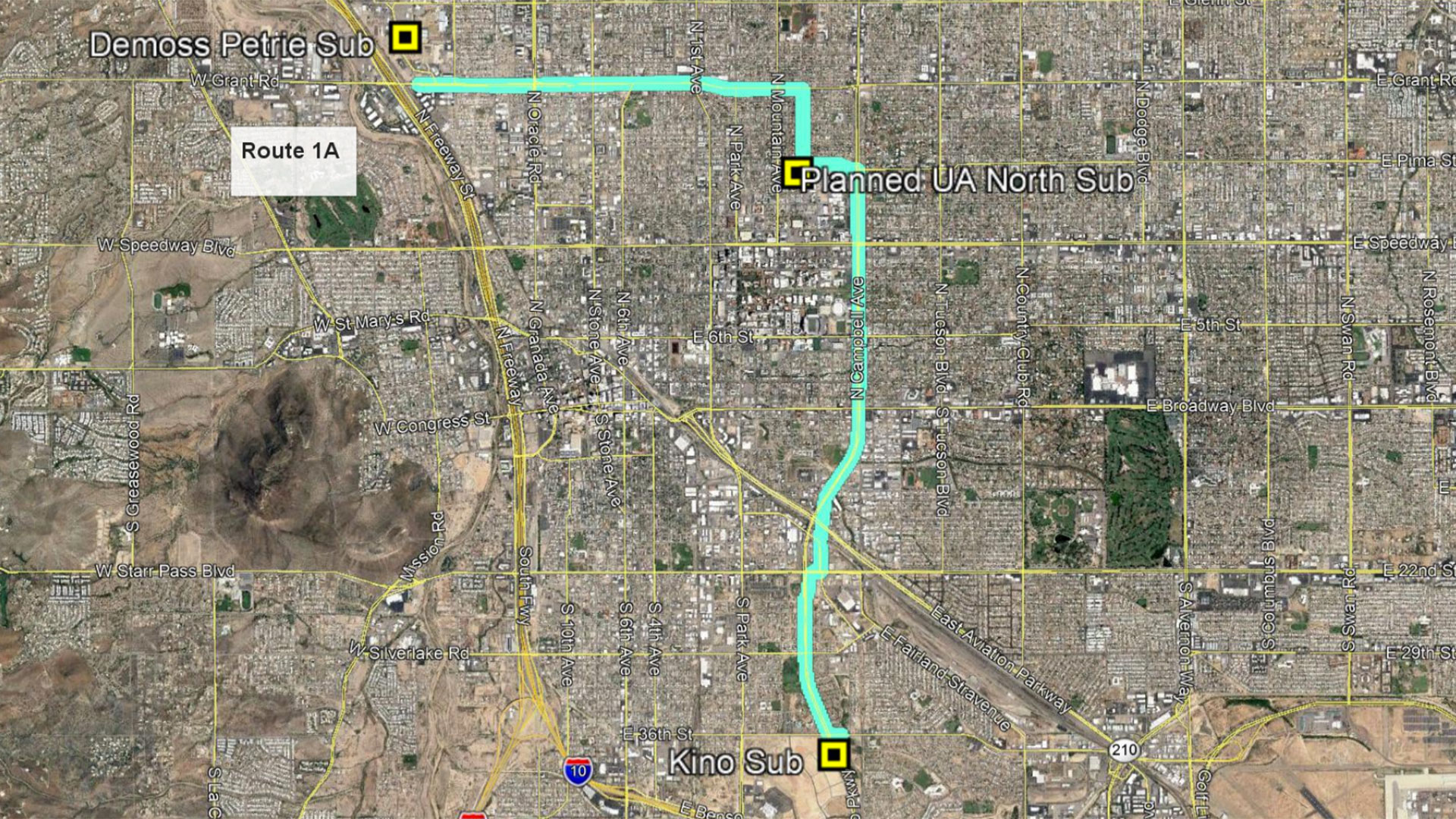 VIEW LARGER A map of one possible route for the Kino to DeMoss-Petrie transmission line TEP is planning to build. The final route is still being decided.
Courtesy TEP

TEP has been gathering customer input on the project for months. Many area residents object to aspects of the plan, especially the route, which could be through or near many historic neighborhoods.

John Schwarz is a longtime Tucsonan, retired professor and previously served on the city's citizens advisory planning committee when the Kino Parkway was being designed and built. He says that experience influenced his view of the transmission line project, particularly its visual impacts.

“As a citizen of Tucson I'm really appalled at what they're planning to do here and the kind of impact it's going to have both on the entryway [to Tucson] and Campbell Avenue, if that's the route chosen, as well as my feeling for people who own property nearby who are going to suffer quite substantial losses,” Schwarz said. “The entire character of some neighborhoods are going to be changed by this when it could so easily be done differently.”

Dan Dempsey lives in the Iron Horse neighborhood, near Euclid Avenue and Broadway Boulevard. Euclid was one of the earlier routes. Schwarz and Dempsey wrote a paper detailing their objection to TEP's plans and a recommendation for putting part of the transmission line underground.

Dempsey, who has a background in energy company analytics, said that according to calculations based on TEP’s own studies, the cost of putting this transmission line underground would be insignificant compared to TEP’s yearly revenue.

Schwarz and Dempsey said they are not opposed to the transmission line, they just want it to be built underground. Dempsey also said that TEP has ample time to consider the decision.

“There’s no reason to rush, there’s no reason to hurry,” Dempsey said. “We can explore undergrounding. We can talk to the city, the state, the feds. We can see what happens if there’s a big infrastructure plan. There’s time to wait.”

So far, Schwarz and Dempsey have been working locally to try to change TEP’s plans but have not directly heard back from the company. 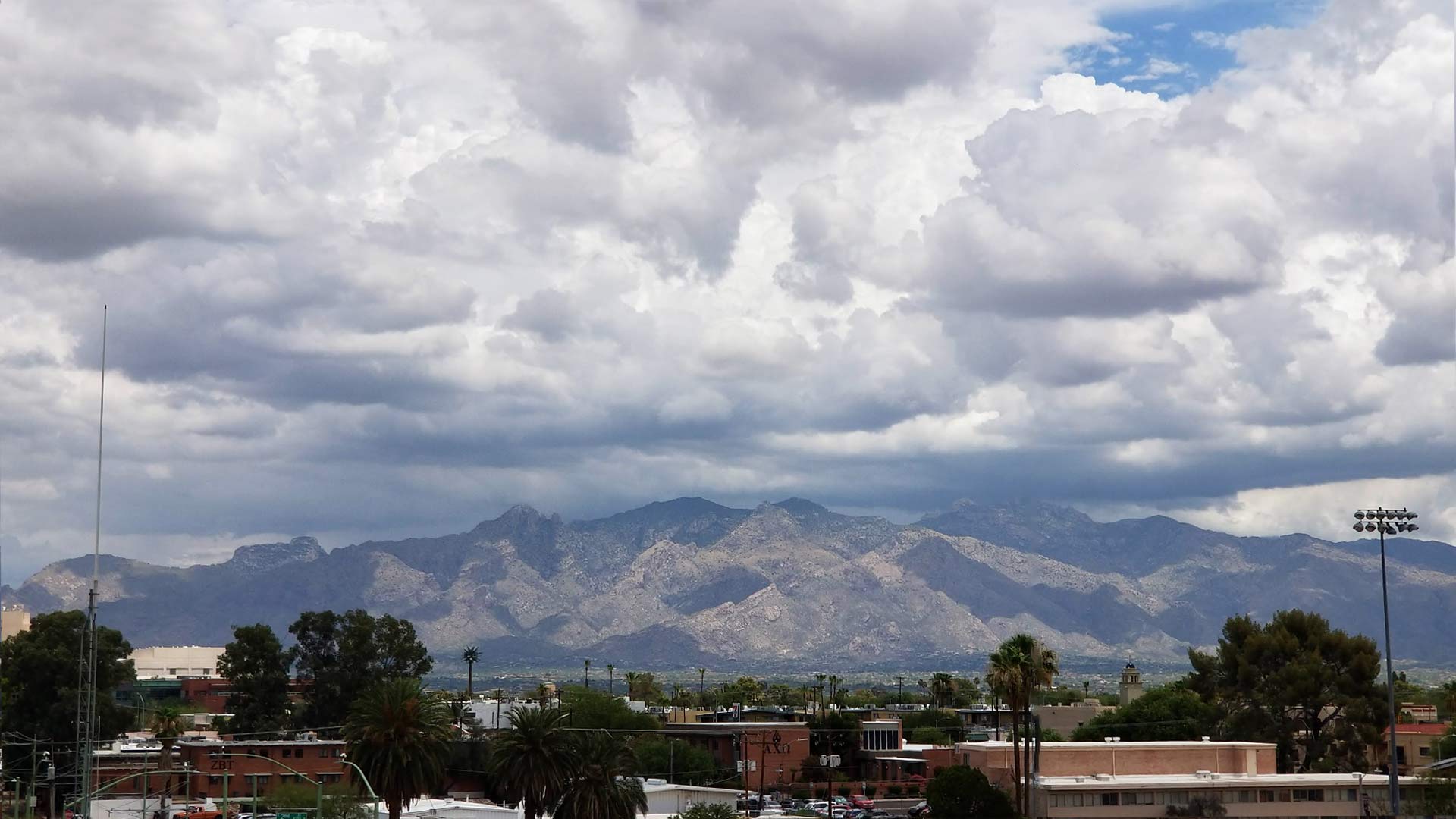 Monsoon clouds build up over the Catalina Mountains in this photo shot from the University of Arizona campus. From July 2018.
AZPM

TEP spokesperson Joseph Barrios responded to their concerns, starting with considering the option of putting the line underground.

“We’re certainly able to consider options that are available to us, but it’s also important to remember that undergrounding is more expensive,” Barrios said.

TEP hired a third party to assess the transmission line project, which found that putting the line underground would cost about 11 times more than an above ground line, according to Barrios.

“Customers also pay for, through their rates, the improvements that we make to our infrastructure,” Barrios said. “So before we pass along a cost like that, it’s something we have to look at very closely.”

Community members can still submit their input on the project online.

The Buzz airs Fridays at 8:30 a.m. and 6 p.m. and Saturdays at 3:30 p.m. on NPR 89.1. You can subscribe to our podcast on iTunes and NPR One. See more from The Buzz.
SUBSCRIBE TO PODCAST
MORE: Climate Change, News, Solar, The Buzz

Arizona's 2020 wildfire season among worst in past decade New year brings higher rates for TEP customers Pima County expands COVID-19 vaccine rollout
By posting comments, you agree to our
AZPM encourages comments, but comments that contain profanity, unrelated information, threats, libel, defamatory statements, obscenities, pornography or that violate the law are not allowed. Comments that promote commercial products or services are not allowed. Comments in violation of this policy will be removed. Continued posting of comments that violate this policy will result in the commenter being banned from the site.