Rio Nuevo plans to clean up Broadway properties for redevelopment 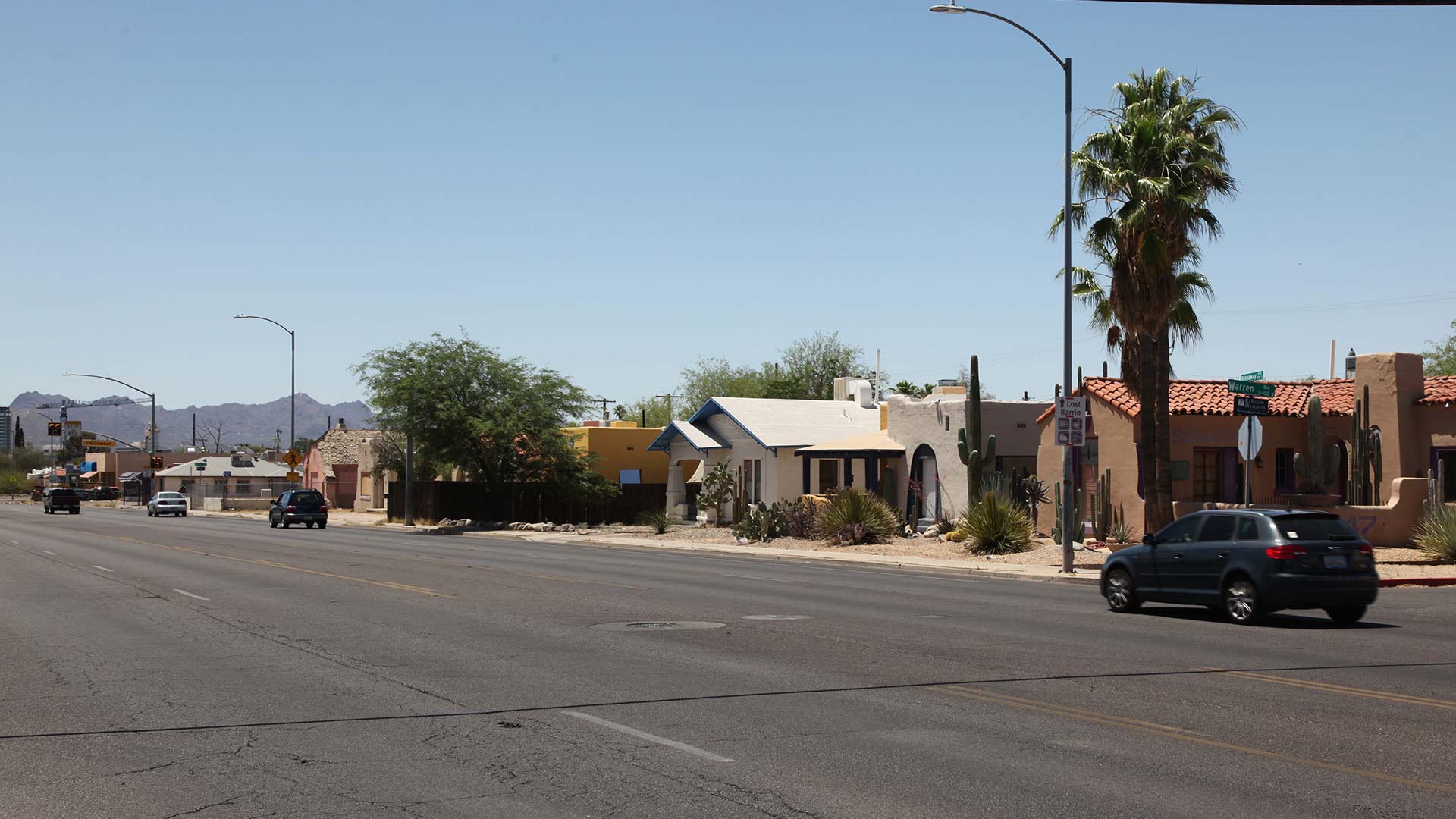 Rio Nuevo is hoping small businesses will move into the midcentury buildings along Broadway Boulevard. The buildings may be historic, but Rio Nuevo Vice Chair Mark Irvin said that doesn’t mean they have curb appeal.

“They all look horrible and they’re not going to look any better until we rehab them,” he said at the district's board meeting Tuesday.

The economic development district voted to spend $54,000 to clean up 45 properties.

The effort will affect two of the district's properties: Solot Plaza, between Tucson Boulevard and Treat Avenue, and the so-called “donut hole” block between Plumer Avenue and Smith Avenue. The block is named for a '60s-era office building with courtyard in its center. Rio Nuevo acquired the properties with the intention of bringing the same revitalization seen downtown to the section of Broadway just east of downtown.

The district plans to remove garbage, do repairs and repaint the street-facing facades in hopes of making the orphaned buildings more attractive to business.

So far, Rio Nuevo has had one success. Rocco’s Little Chicago Pizza will move into a former lock shop due for repair.

“The only way that you can support a lot of retail is have residential walkable to the retail,” he said.

Rio Nuevo will also move seven bungalows next month to prevent them from being demolished during the project.

“This is a very simple move,” said Michael Becherer, an architect with Swaim Associates, which is overseeing the project. “We’re simply moving the buildings straight back and then bringing them back forward to set them down on their foundations.”

Gov. Ducey approves $400 million to widen I-10 End to unemployment benefits had very little effect on job market Masks no longer required on public transportation in Tucson
By posting comments, you agree to our
AZPM encourages comments, but comments that contain profanity, unrelated information, threats, libel, defamatory statements, obscenities, pornography or that violate the law are not allowed. Comments that promote commercial products or services are not allowed. Comments in violation of this policy will be removed. Continued posting of comments that violate this policy will result in the commenter being banned from the site.