The fire, which burned 3 square miles near Flagstaff, wasn't due to negligence, according to officials. by Associated Press TWEET SHARE 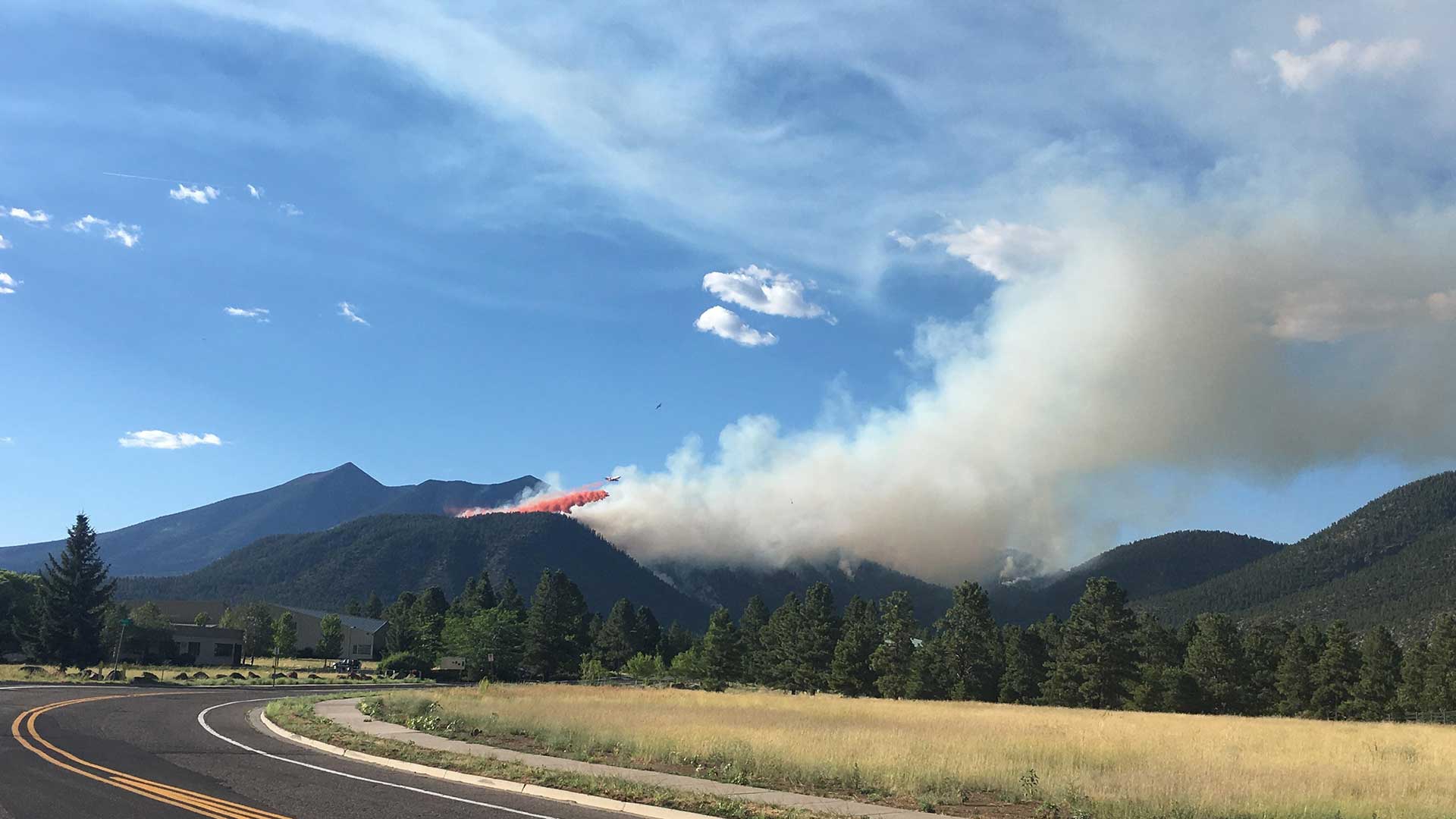 FLAGSTAFF — Officials say a wildfire that burned through a northern Arizona mountain pass near Flagstaff was likely started by a spark from a piece of heavy equipment striking a rock during a forest-thinning project.

Coconino National Forest officials say an excavator was being used on a steep slope and that "the resulting spark" created a heat source that stayed underground for a half-day until warm, dry and windy conditions caused the fire to grow and spread on July 21.

Officials said the fire's start was not caused by negligence "and that all proper inspections were conducted."

Officials have said fighting the fire and dealing with its aftermath was expected to cost over $13 million.

Wildfire evacuation forces 1,000 Prescott-area residents from their homes Arizona Senate OKs bill boosting firefighter cancer coverage Rain, snow expected early this week over New Mexico, Arizona
By posting comments, you agree to our
AZPM encourages comments, but comments that contain profanity, unrelated information, threats, libel, defamatory statements, obscenities, pornography or that violate the law are not allowed. Comments that promote commercial products or services are not allowed. Comments in violation of this policy will be removed. Continued posting of comments that violate this policy will result in the commenter being banned from the site.