Proposed bollard-style fencing would cut through the route used by the Tohono O'odham for their Salt Pilgrimage. by Murphy Woodhouse, Fronteras Desk Tweet 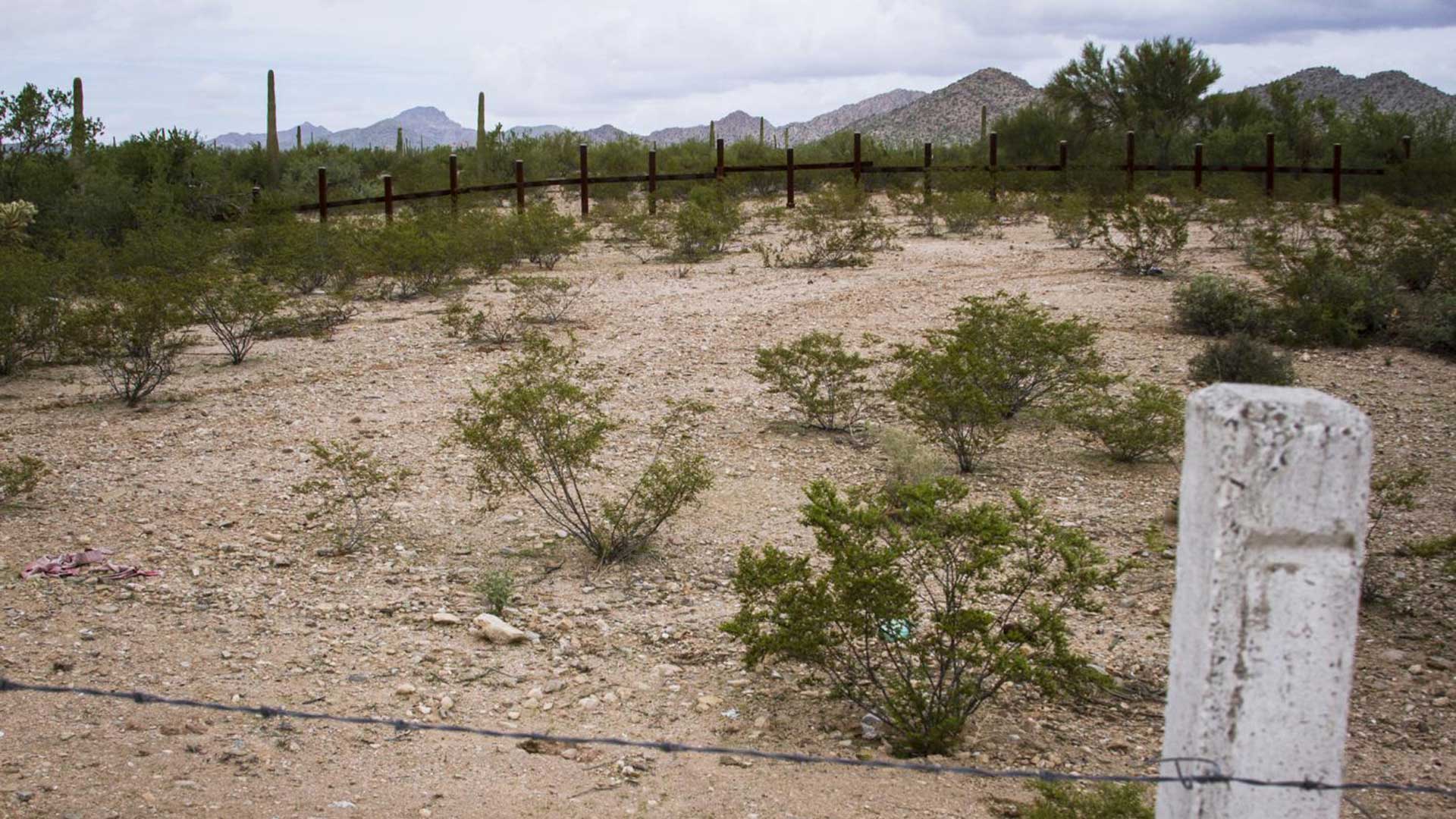 A proposed section of U.S.-Mexico border fence in Southern Arizona would pose a threat to a sacred tradition of the Tohono O’odham.

The U.S. government hopes to build roughly 43 miles of bollard-style fencing in Pima County. It would run along the edge of Organ Pipe Cactus National Monument and the Cabeza Prieta National Wildlife Refuge, according to a U.S. Customs and Border Protection document.

But it would also cut through the route used by the Tohono O’odham for their Salt Pilgrimage.

“It would cause a sacred journey to cease on its traditional route that has been for many, many years,” said Verlon Jose, the recently appointed governor of the Traditional O’odham Leaders, which represents members south of the border. Jose was previously the vice chairman of the Tohono O’odham Nation in Arizona.

The traditional leaders approved a resolution last week opposing the wall construction out of concern for both environmental and cultural impacts.

The pilgrimage is a key rite of passage for young men, and salt harvested from the Sea of Cortez coast is used in ceremonies, according to Jose. Currently there are only low-slung vehicle barriers near Quitobaquito Springs, a desert oasis in Organ Pipe Cactus National Monument along the salt pilgrimage route.

On May 15, the Department of Defense awarded a $646 million contract to New Mexico-based Southwest Valley Contractors for a “Tucson Sector barrier wall replacement project,” according to a DOD release.

Construction of the border project is currently held up in court.

Indigenous students to get full University of Arizona tuition Contreras Fire listed as 100% contained For border communities, fallout of crossing restrictions lingers but opportunity remains
By posting comments, you agree to our
AZPM encourages comments, but comments that contain profanity, unrelated information, threats, libel, defamatory statements, obscenities, pornography or that violate the law are not allowed. Comments that promote commercial products or services are not allowed. Comments in violation of this policy will be removed. Continued posting of comments that violate this policy will result in the commenter being banned from the site.