× CORONAVIRUS: The latest coverage and local resources regarding COVID-19 from the Arizona Public Media newsroom.
June 4, 2019

The trial of Scott Warren has received national attention and led to demonstrations outside the court. by Nancy Montoya TWEET SHARE 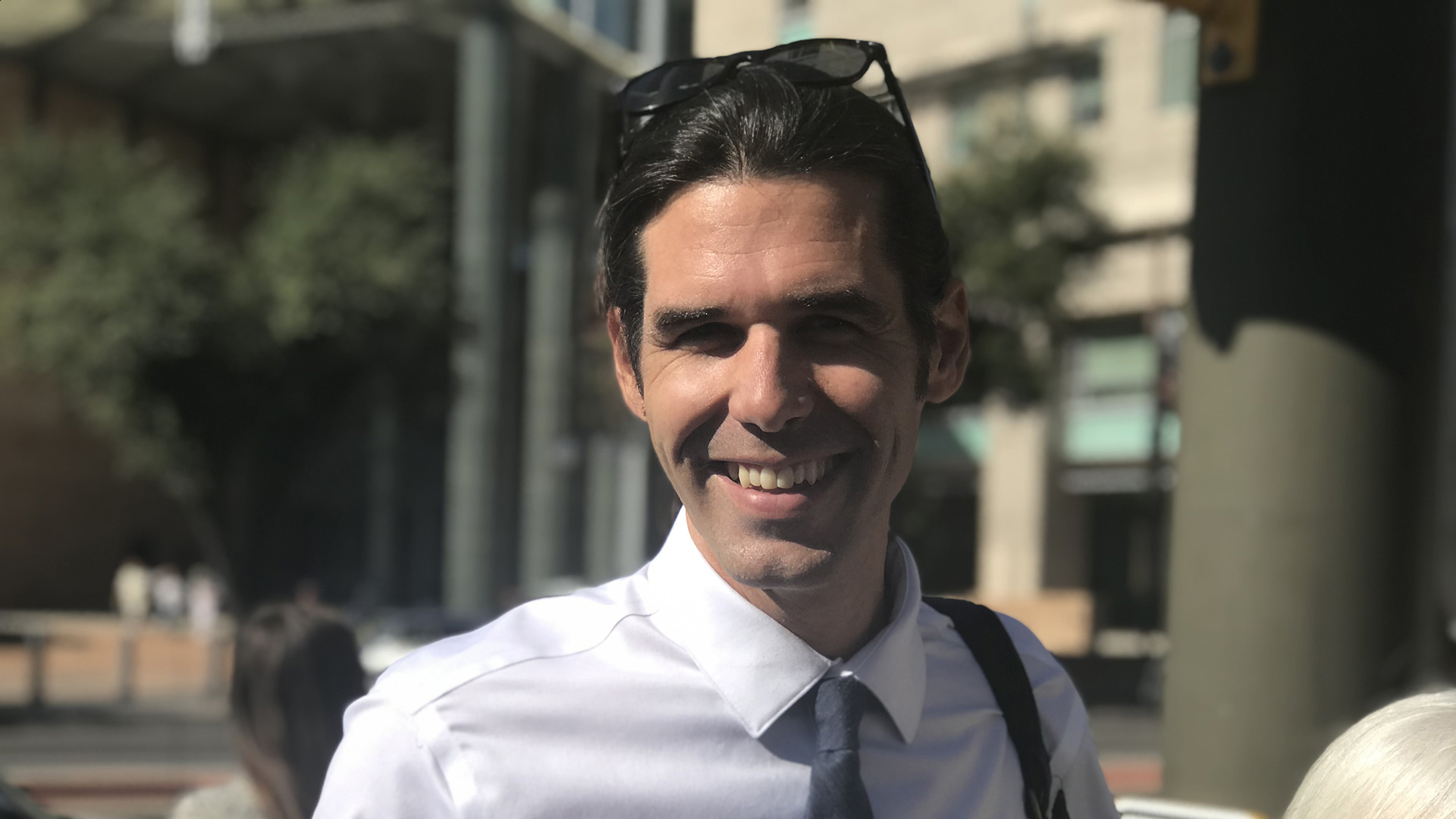 Scott Warren at a rally outside federal courthouse in Tucson before he enters, June 3. Warren is facing up to 20 years in prison for harboring undocumented immigrants. His supporters say Warren was offering only food, water, clothes and a safe place to sleep for those in need.
Nancy Montoya/AZPM
LISTEN

As the trial of humanitarian aid worker Scott Warren entered its fourth day, people from around the country gathered in front of Tucson's federal courthouse on Monday to offer him support.

Warren faces federal charges for smuggling and harboring undocumented migrants. Supporters say providing food, water and clothes to those in need should never be a crime. Support for Warren is now beginning to pour in from around the country. 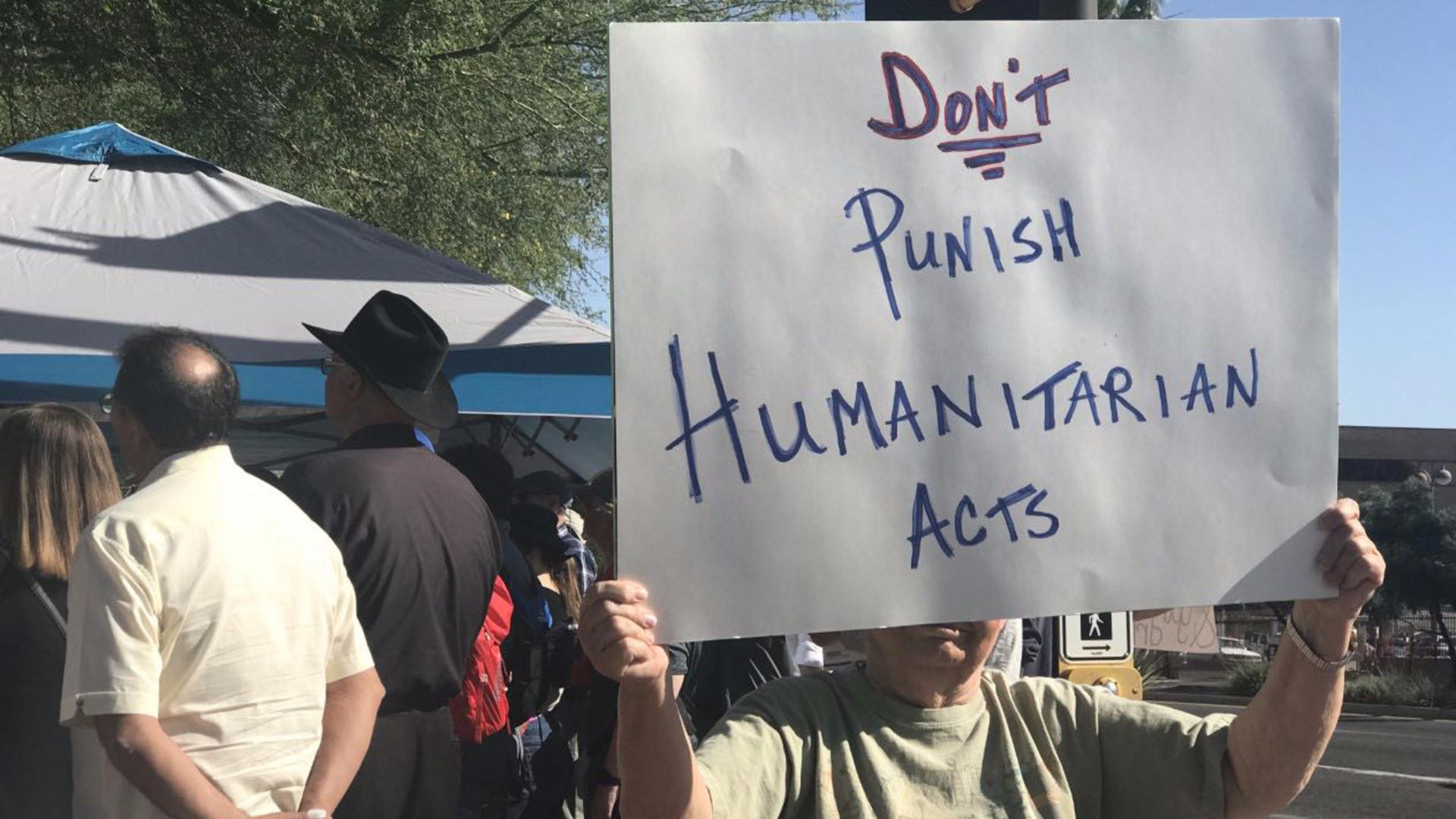 VIEW LARGER A woman holds up a sign in support of Scott Warren, June 3, 2019. Warren, a humanitarian aid worker with the group No More Deaths, is facing a maximum of 20 years in jail for what he calls, "giving food, water, clothes and shelter to people in need."
Nancy Montoya/AZPM

Outside the Tucson federal court, supporters had to share the sidewalk with noisy rush-hour traffic. Three women maneuvering the crowded sidewalk carrying signs made their way to the front of the rally. They had made the trip from South Dakota to support Scott Warren. One of them was Melanie Bliss. 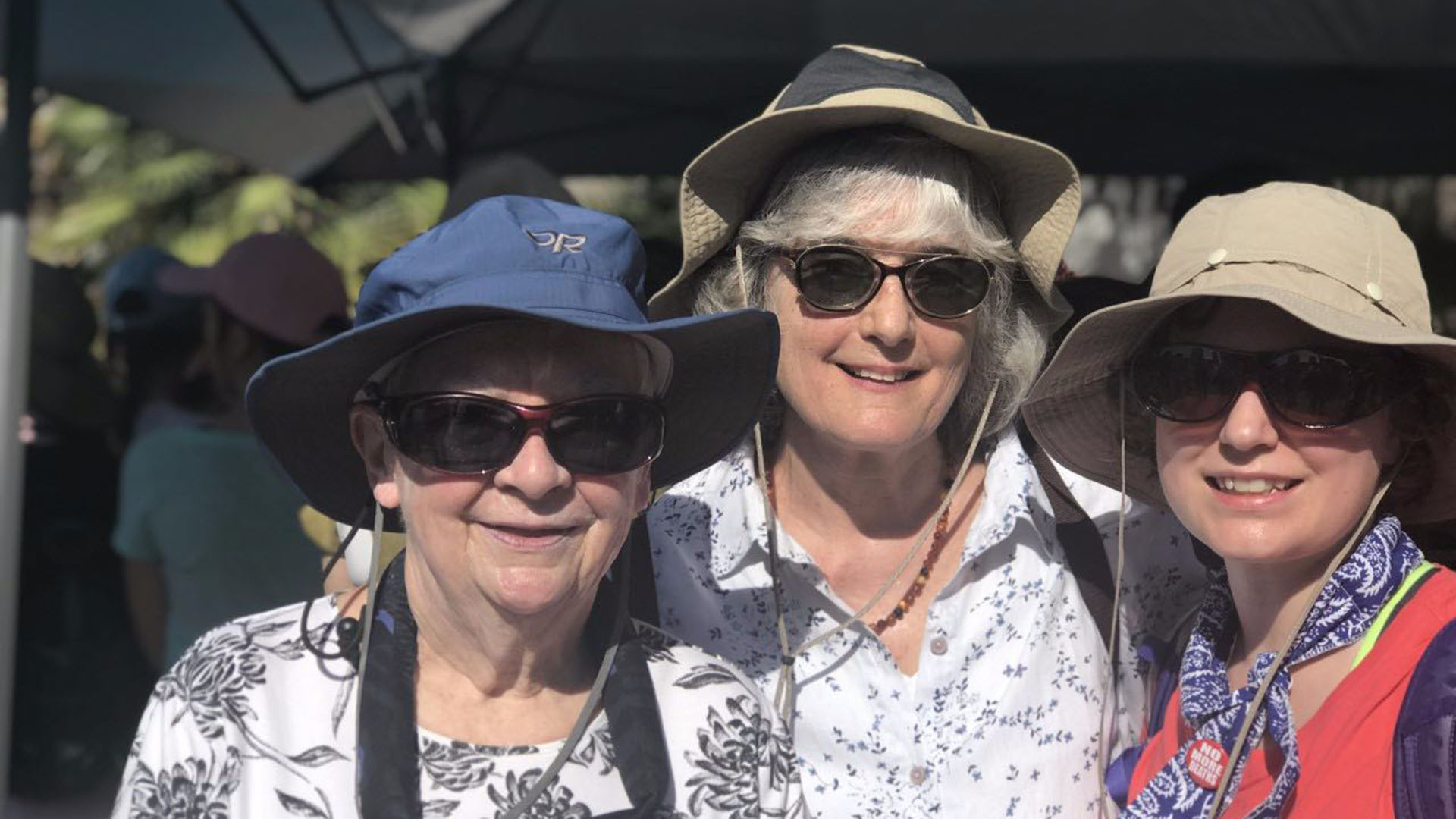 She was asked if people in South Dakota were talking about this case.

Absolutely, I think everywhere that the media is you can't ignore it any longer. The border issue is not just an Arizona issue. It impacts so many of us. So many migrants work and raise families in our communities all over the country. But they are not just workers. They are our friends and neighbors and, most important, they are human beings."

There were supporters from California, Florida, Colorado, Texas and the Carolinas. And from New York state, Ravi Ragbir from the New Sanctuary Coalition showed up to support Warren. 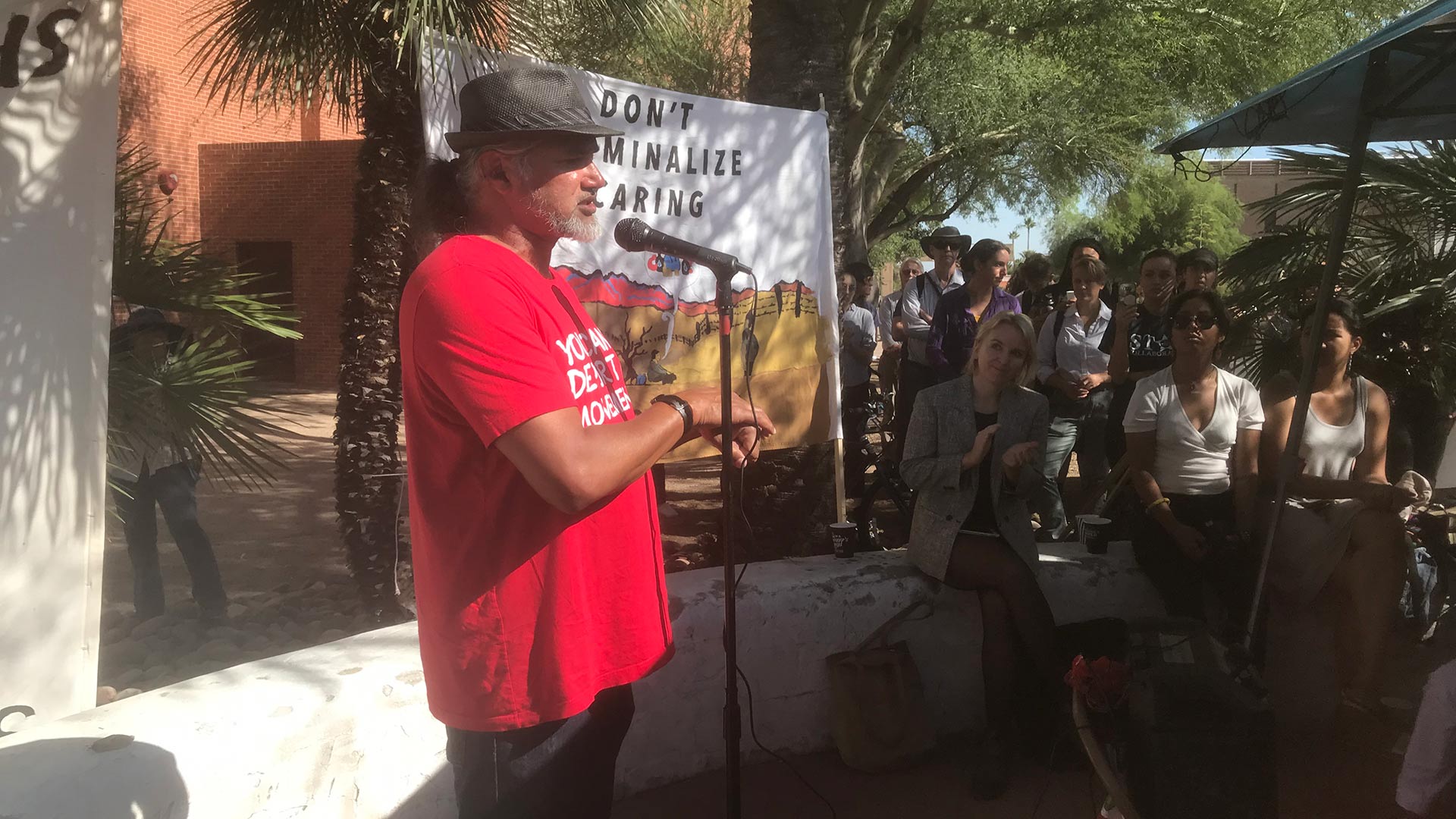 "Scott Warren is being prosecuted for political purposes of the Trump administration, not for his humanitarian work. Scott is there to help someone. Scott is there to protect life and to give water to human beings. He is being prosecuted by the Trump administration to try to scare people from helping our brothers and sisters and children traveling in the Arizona desert."

The trial is expected to last a total of three weeks. If found guilty, he could face up to 20 years in prison.

Arizona extends school closure through April 10 Mayor Romero orders 'nonessential' businesses to close Tucson, Oro Valley announce changes prompted by coronavirus
By posting comments, you agree to our
AZPM encourages comments, but comments that contain profanity, unrelated information, threats, libel, defamatory statements, obscenities, pornography or that violate the law are not allowed. Comments that promote commercial products or services are not allowed. Comments in violation of this policy will be removed. Continued posting of comments that violate this policy will result in the commenter being banned from the site.