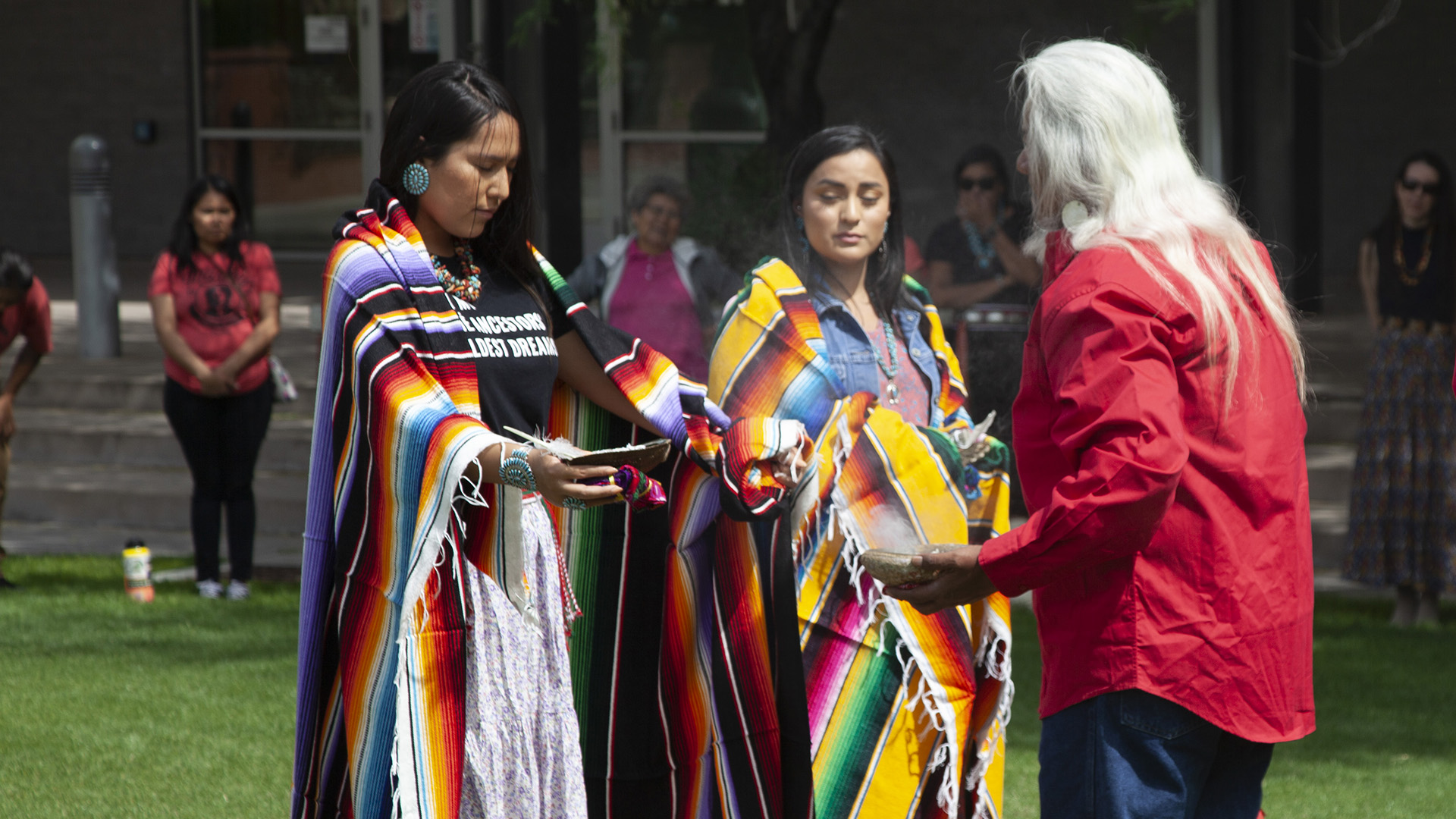 Two medical students from the graduating class of 2019 participate in a blessing ceremony May 10, 2019, that honored the work they've done in their program.
Anthony Perkins/AZPM

This year's graduating cohort of medical students at the University of Arizona had the highest number of Native American students in the college's history.

In recent years the College of Medicine had zero or one Indigenous graduate per class, but in the spring of 2019, eight members of American Indian tribes became the latest doctors from the UA. The college attributes these increased numbers to recruitment efforts, but Native communities still have a real need for more Indigenous doctors.

"I do want to work for my tribe — the San Carlos Apache Tribe," said Sylvestor Moses, one of eight Indigenous medical students who graduated this year.

Moses stayed in Tucson after graduation as a resident in internal medicine at Banner University Medical Center.

The College of Medicine reported zero Indigenous students in 2016, because it didn't verify any of the students who graduated that year were members of American Indian or Alaska Native tribes. Other students who identify as American Indian may be in the cohort, but they are not outspoken about it.

Carlos Gonzales is an associate professor of family and community medicine and an informal mentor to the students.

"Research studies said the patients just feel more comfortable talking with somebody that comes from their same cohort," said Gonzales. "They'll open up to more easily. There's trust that's built and communication styles are similar. It's just for better health care. We come from a very diverse state and to have students from the various Indian reservations is extremely valuable."

Gonzales credited the University's Pre-Medical Admissions Pathway program for the spike in diversity. It's a one-year program that students with bachelor's degrees can take to prepare them for medical school. He said the program aims to attract Arizonans from the U.S.-Mexico border, tribal reservations and rural and inner-city communities to UA's medical program.

"These areas traditionally have poor high schools," said Gonzales. "The student may have aspirations to go on to med school, but it's difficult for them because they don't have the preparatory courses in high school to compete in college."

Gonzales said these barriers keep the numbers for Indigenous doctors low across the country.

During the 2017-18 academic year, less than 1% of enrolled medical students in the U.S. identified as only American Indian or Alaska Native, according to the Association of American Medical Colleges. That same year 19,553 students graduated from medical school across the country — 21 of them were Indigenous.

"We're meeting the needs of our populations in Arizona. We have — percentage-wise — one of the fewest number of docs per 100,000 population, and then when you get into rural Arizona that drops down dramatically," said Gonzales.

Gonzales said if more Indigenous doctors who grew up in these communities work on their reservations it could increase the comfort levels for Indigenous patients.

"The patients often feel like this is somebody from the community who knows me, who knows what's common here and I can talk to them easier, and more likely, I can trust them. When you're a non-Native physician and working on a reservation, you can get the trust, but it takes years," said Gonzales.

Six Native American students are on track to graduate from the program next year, and three more students should graduate in 2021. 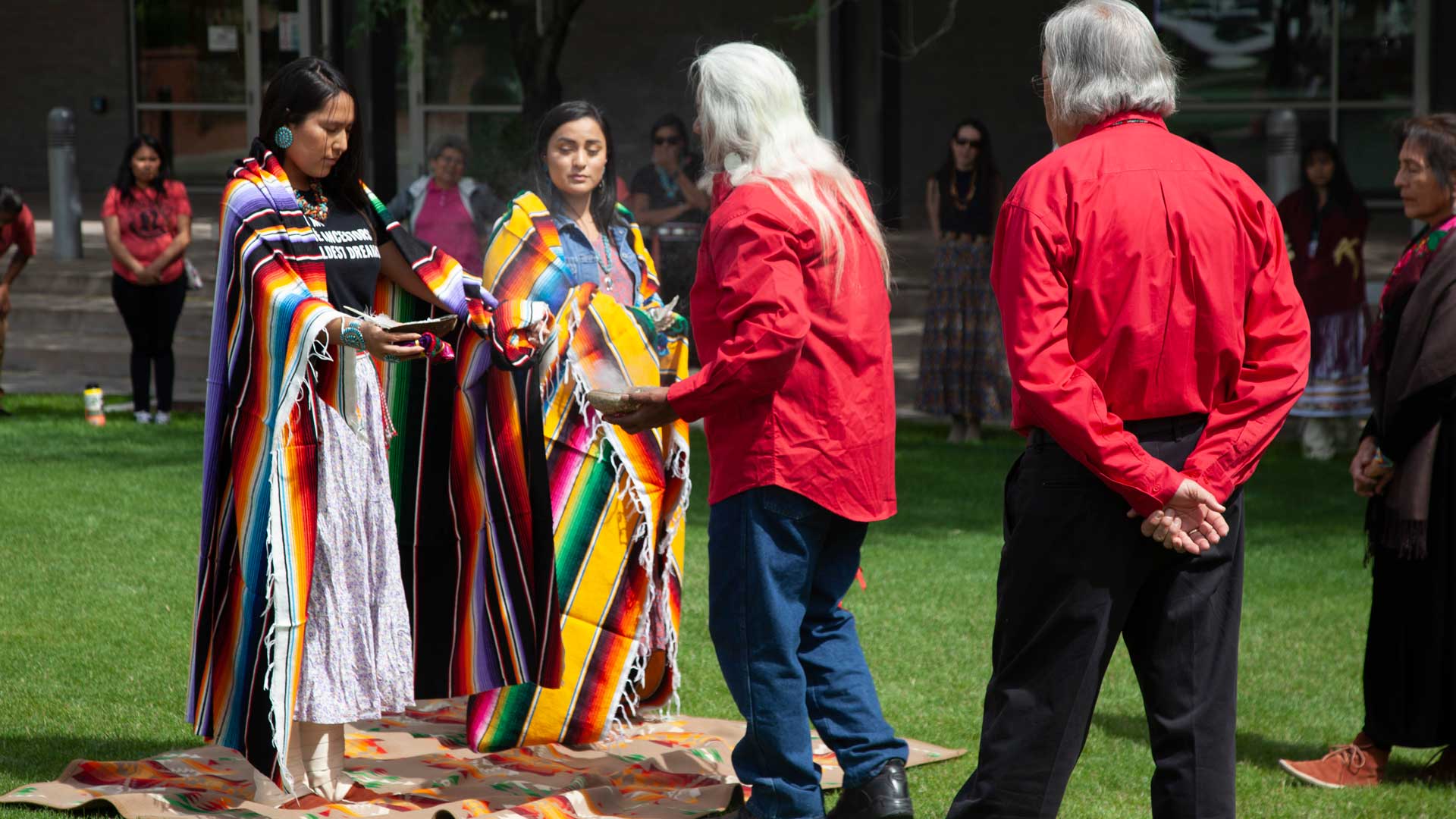 Two medical students from the graduating class of 2019 participate in a blessing ceremony May 10, 2019, that honored the work they've done in their program. 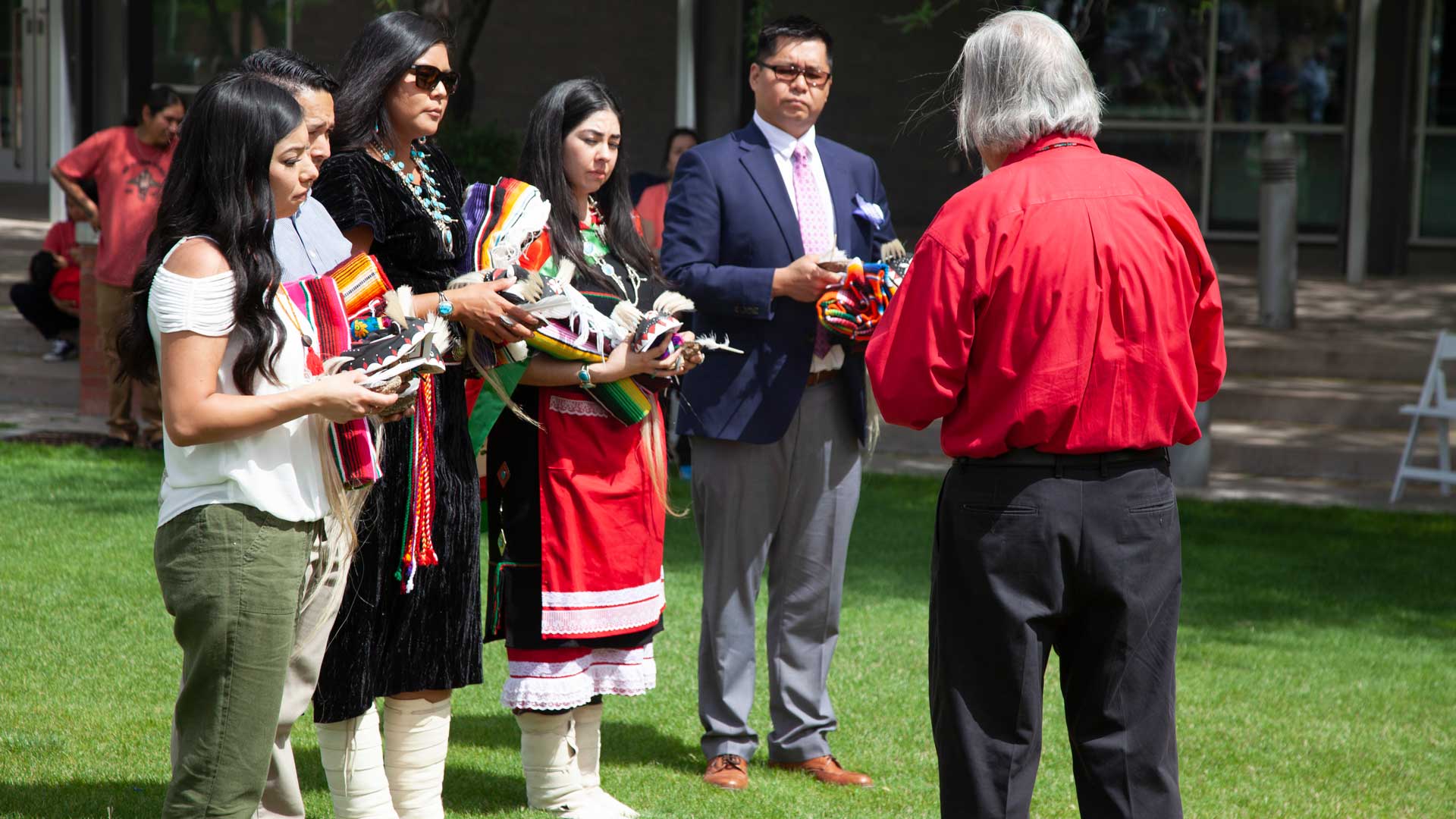 This year's graduating cohort of medical students at the University of Arizona had the highest number of Native American students in the college's history. 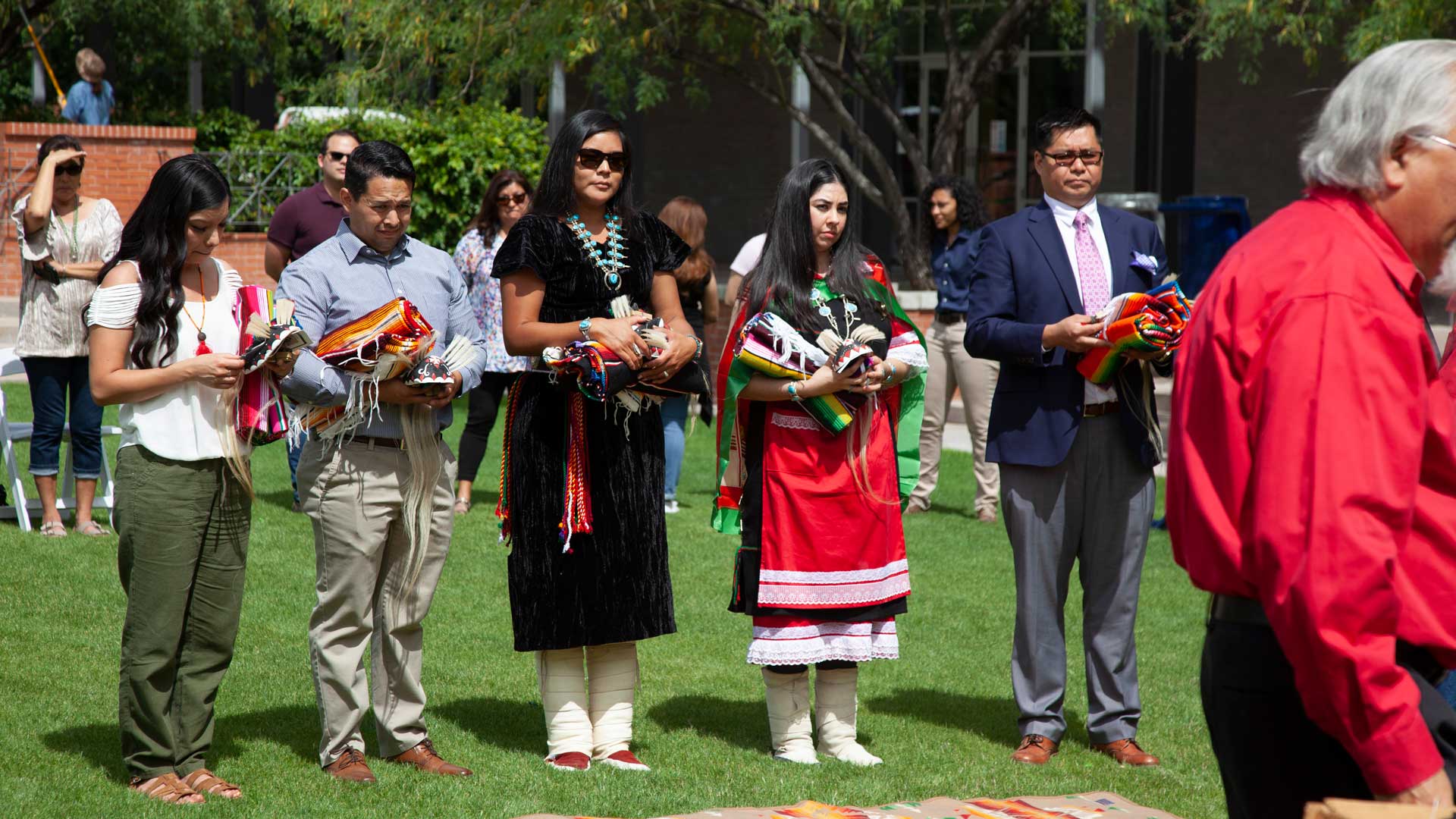 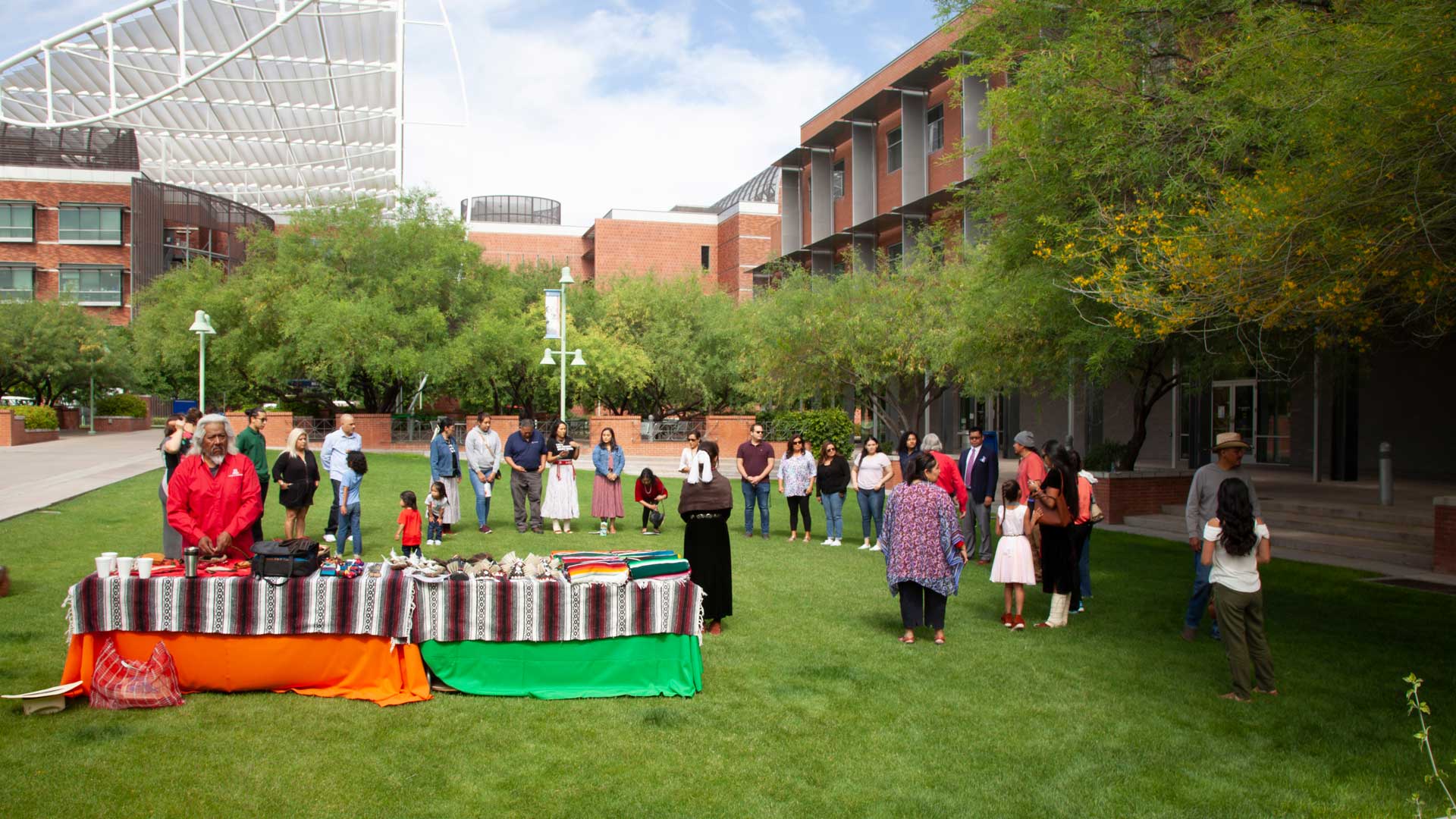 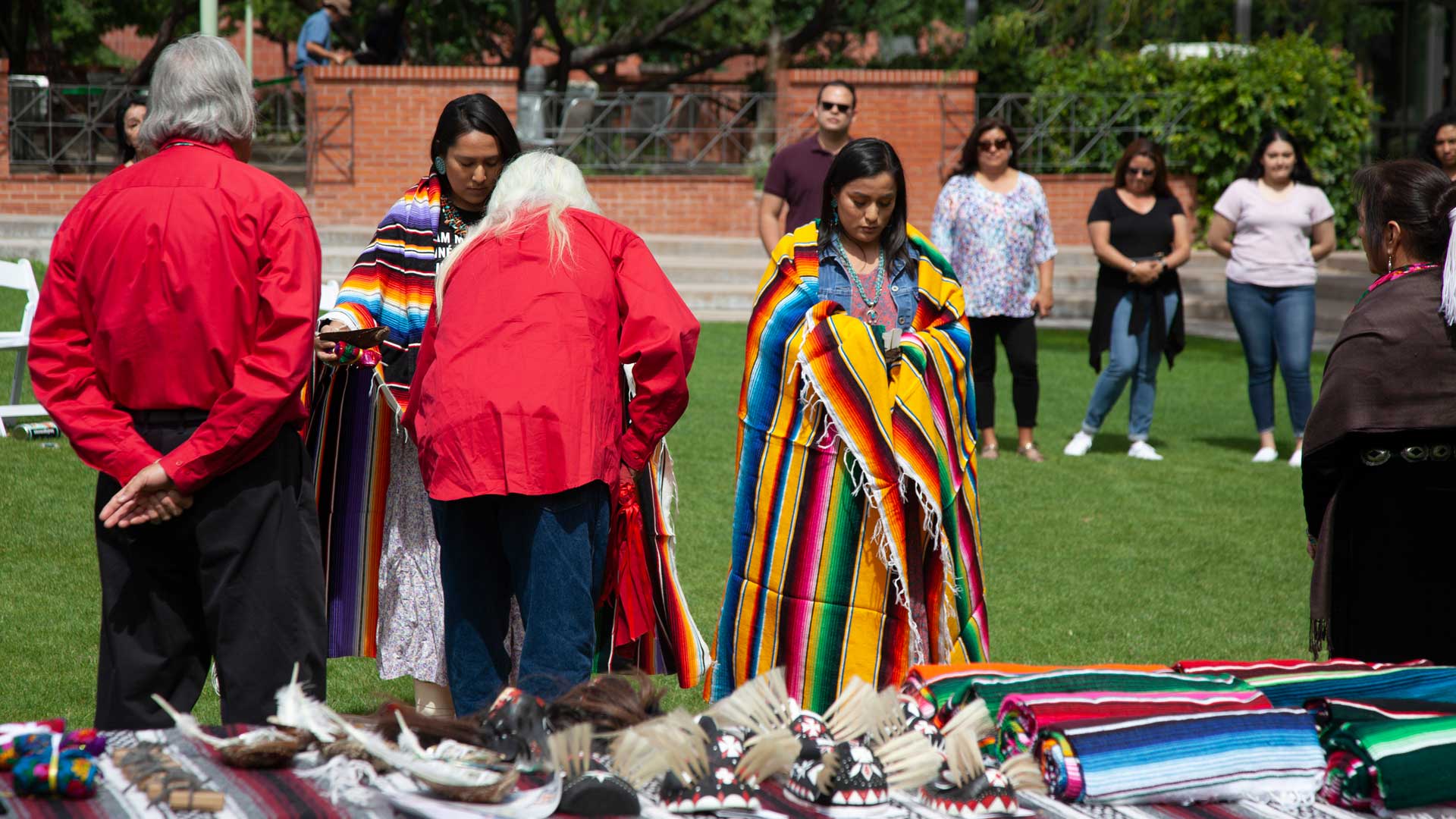 In recent years the College of Medicine had zero or one Indigenous graduate per class, but in the spring of 2019, eight members of American Indian tribes became the latest doctors from the UA. 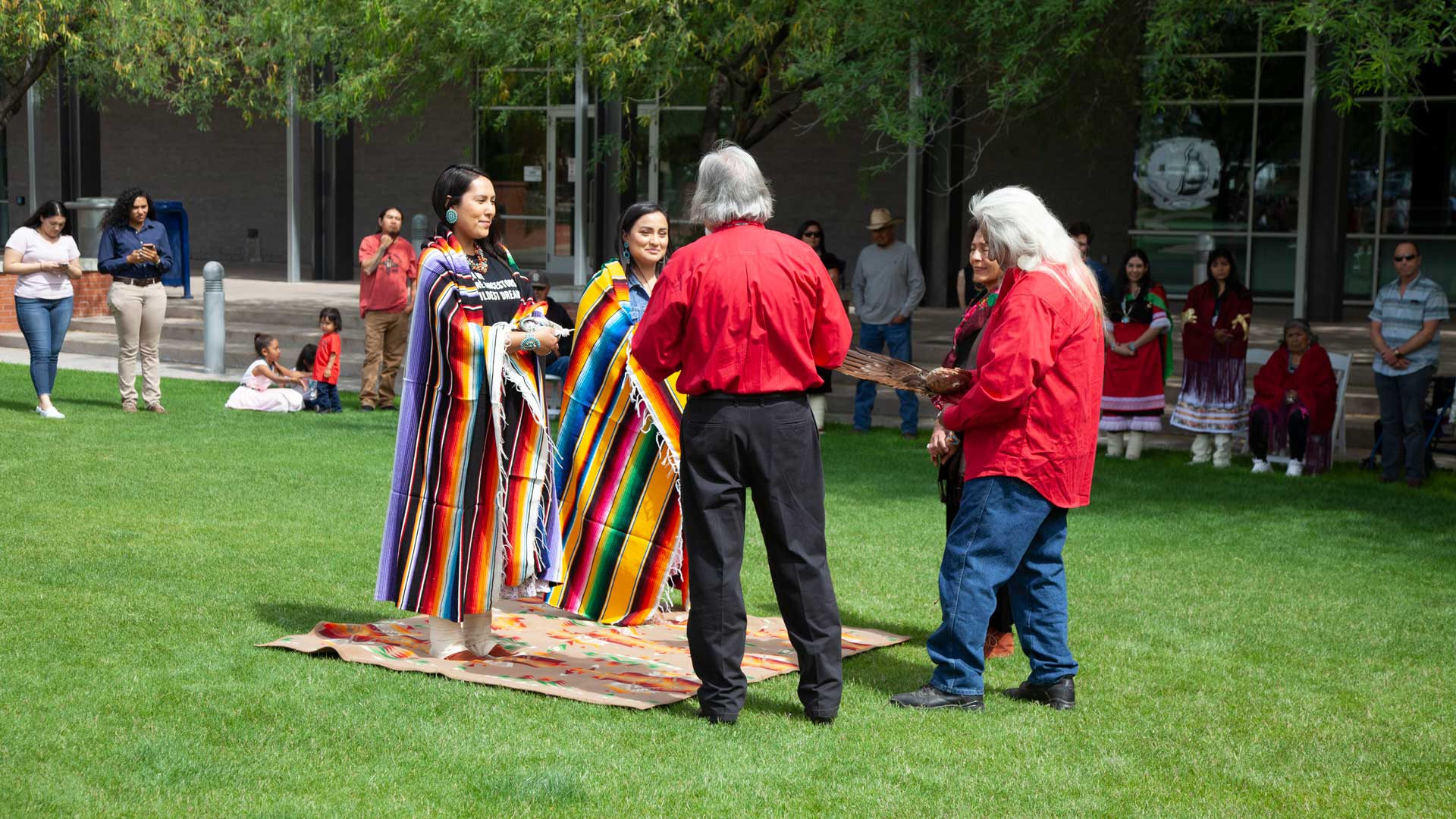 Indigenous students to get full University of Arizona tuition Pima County to start vaccinating 0-5 year olds Tucson greets Roe reversal with protests
By posting comments, you agree to our
AZPM encourages comments, but comments that contain profanity, unrelated information, threats, libel, defamatory statements, obscenities, pornography or that violate the law are not allowed. Comments that promote commercial products or services are not allowed. Comments in violation of this policy will be removed. Continued posting of comments that violate this policy will result in the commenter being banned from the site.