Scientists at the facility are beginning an experiment to fix the facility's ocean as a model to help corals on a global scale. by Christopher Conover Tweet
Arizona 360 looks at Biosphere 2's early efforts to study the impact of climate change on coral reefs.

Think of a coral reef and an underwater city of colorful fish, and life probably comes to mind. Scientists at Biosphere 2 are hoping their ocean will look like that again one day.

Right now, thick, hair-like algae covers the rocks, and there are only a few fish in the nearly 1-million-gallon ocean under glass. It could, however, be a time machine.

"If you take a closer look at the Biosphere 2 ocean right now, it kinda looks like what we think reefs might look like in the future," said Diane Thompson, Biosphere 2 director of marine research.

The algae-covered rocks at Biosphere 2 were not an accident. Two decades ago, the carbon dioxide level in Biosphere 2 was raised to 400 parts per million. At the time, the C02 level in the global atmosphere was about 360 ppm. That increase caused acidification of the Biosphere 2 ocean, causing the die-off that resulted in what is now the algae-filled enclosure. According to the National Oceanic and Atmospheric Administration, in August 2018, the atmospheric C02 level was 405 ppm 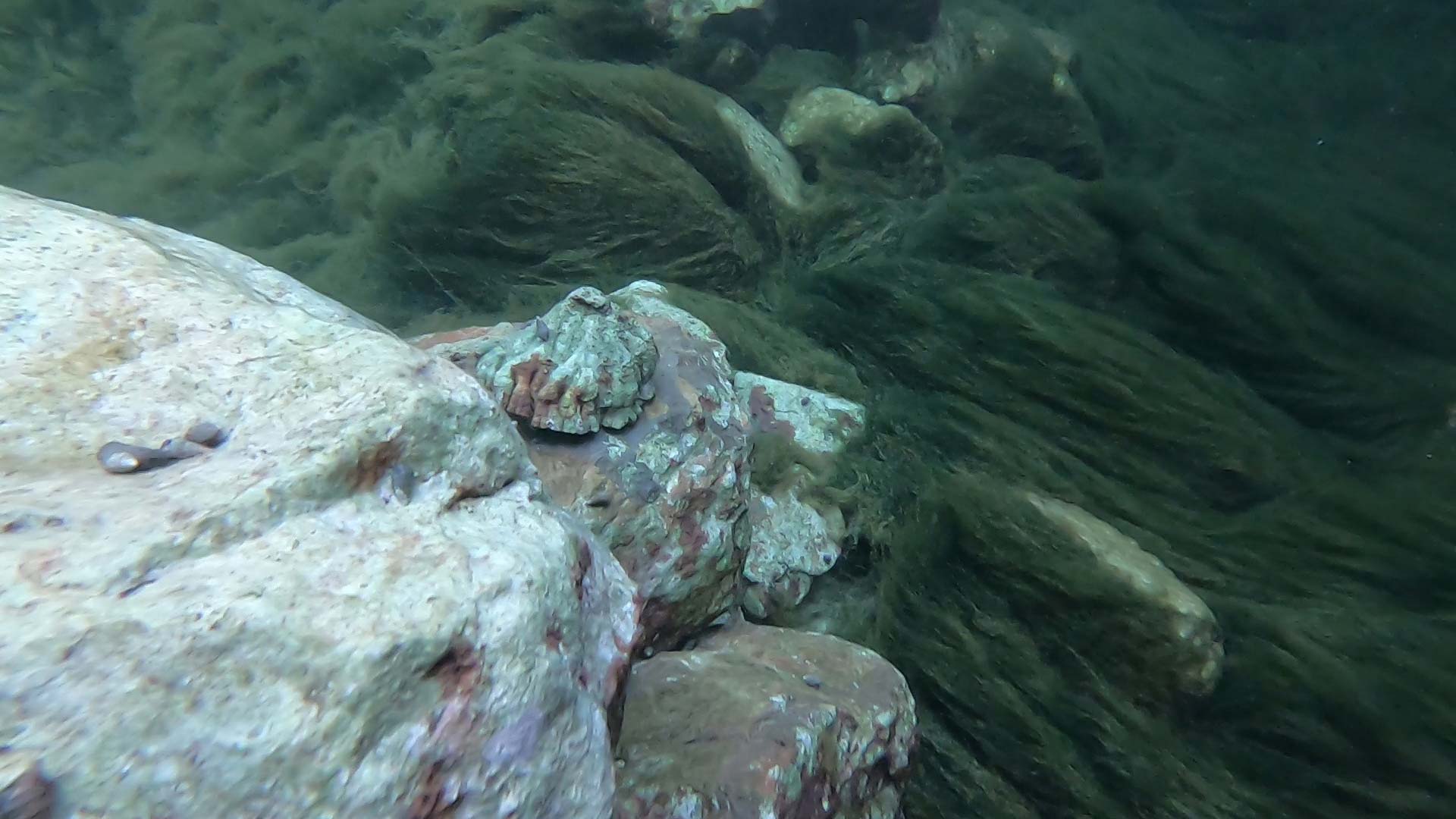 The current levels, when combined with rising ocean temperatures in the world's oceans, are causing global coral die-offs. The Biosphere 2 ocean is now a good model for developing methods to helping corals on a global scale.

"Now the state of the science is ready for a place like the Biosphere 2, and we are bringing together leading scientists from all over the world who have developed these solutions, and we are going to test them here," said Thompson.

The volume of the ocean under glass makes it perfect for scaling up experiments, according to UA College of Science Dean Joaquin Ruiz.

"Scale is important in science. When you have experiments in a flower pot and you go to the field it is like two different planets," explained Ruiz.

Before scientists at Biosphere 2 began the remediation process, they first took baseline readings on the ocean. Those tests cover everything from chemistry to environmental DNA, the bits of DNA left behind by every living thing. 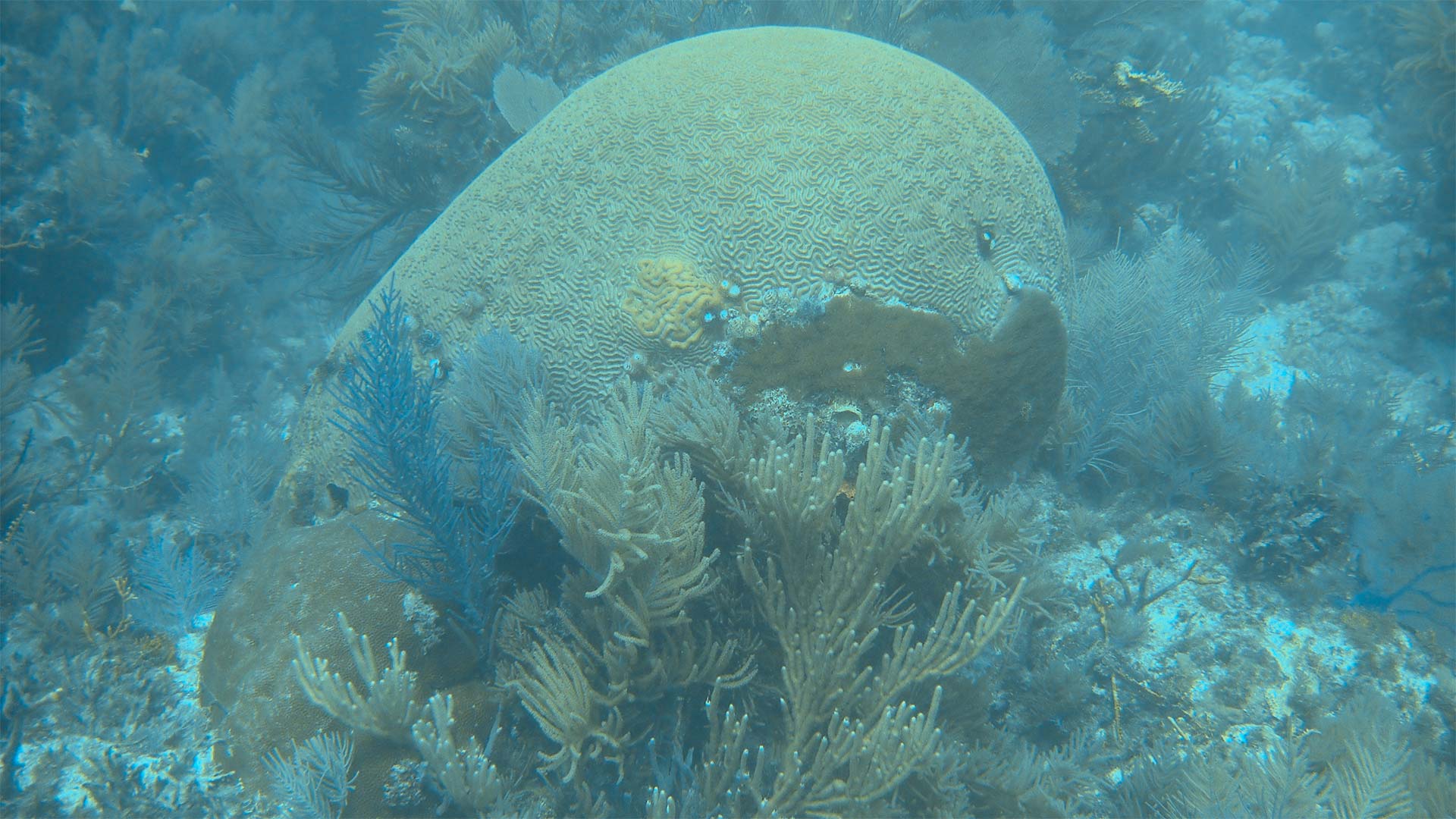 The bioremediation process begins Saturday with the addition of hermit crabs.

"We are adding organisms into this system that will help us eat the algae that we have in here right now with the idea that these animals that we are adding will be part of the community in this ocean," said Katie Morgan, Biosphere 2 marine science manager.

Friday // 8:30pm: @newsconover takes us to Arizona's very own @B2science, where researchers are studying effects of climate change on Earth's oceans. Take a look at how the B2 experimental ocean compares to oceans around the world. pic.twitter.com/59e6UJUbP1

A week after the hermit crabs go in, emerald crabs will be added, and to finish Earth Month, the staff will add one more group of new residents at the end of April. Each thing that goes into the ocean will serve a specific purpose and it is not based on just looks. That is true even for the corals that will eventually be added.

"We will probably start with some corals from our partners that they are growing in their labs right now as of phase one, but eventually we'll be identifying the species that we want to target from the natural systems," Morgan said.

Algae takes over reefs in the real ocean when certain animals disappear due to changes in the environment or overfishing. So the bioremediation project at Biosphere 2 has real-world applications.

Scientists hope to have the first corals in the Biosphere 2 system within a year.

VA Aims to Provide One-Stop Shop for Homeless Veterans How Climate Change Factors Into Migration From Central America Episode 164: Understanding Climate Change at Biosphere 2
By posting comments, you agree to our
AZPM encourages comments, but comments that contain profanity, unrelated information, threats, libel, defamatory statements, obscenities, pornography or that violate the law are not allowed. Comments that promote commercial products or services are not allowed. Comments in violation of this policy will be removed. Continued posting of comments that violate this policy will result in the commenter being banned from the site.