The town will continue making lease payments on the 2,400-acre wildlife preserve. by Jake Steinberg Tweet 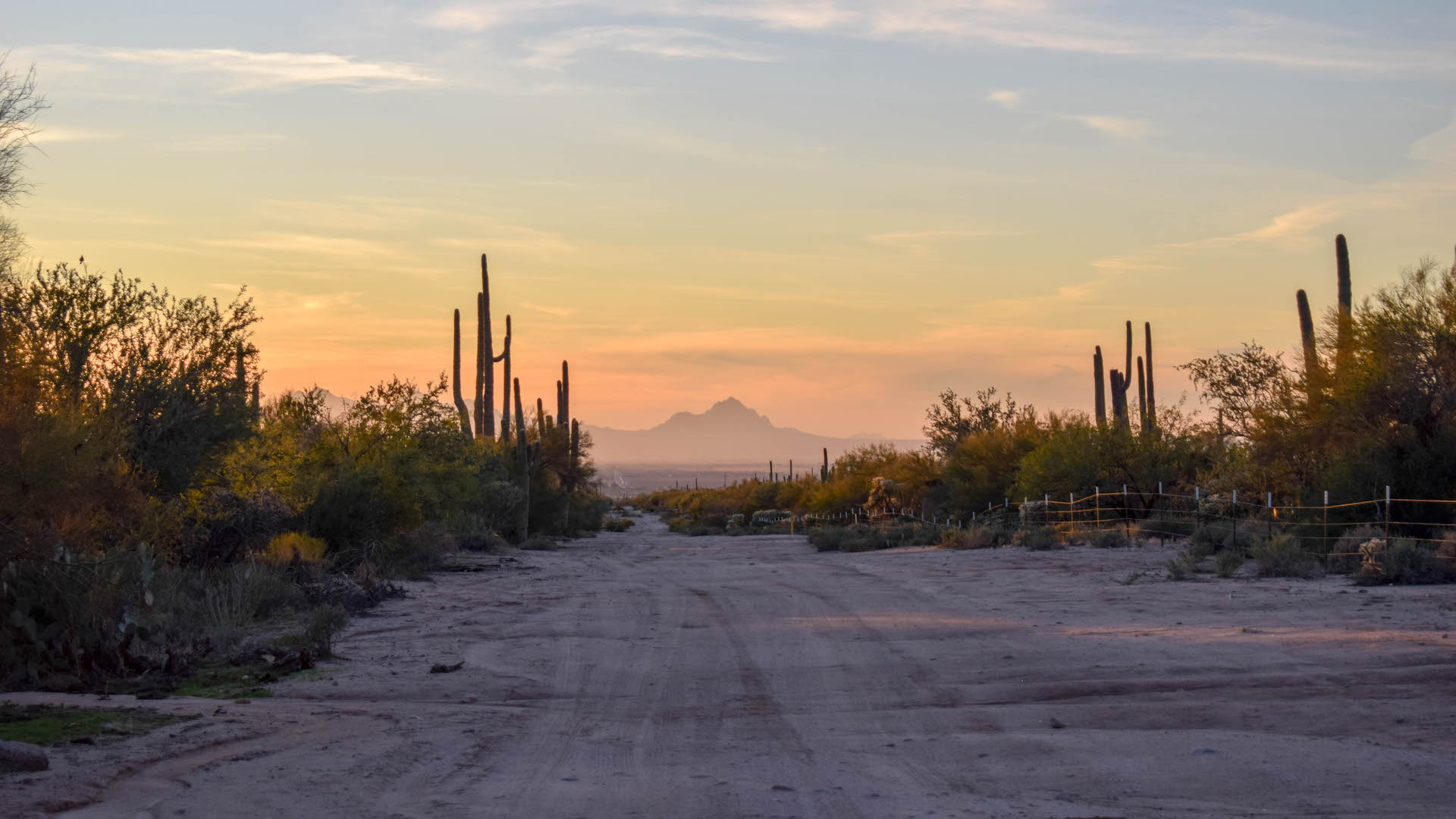 A nature preserve in Marana that was slated for housing development will remain open space, at least until the next century.

At last night's final public hearing on the town’s 2040 general plan, the Marana Town Council voted unanimously to protect the 2,400-acre Tortolita Preserve. The town’s decision comes after vocal opposition from residents and conservation groups against a plan that would have earmarked parts of the preserve for future development.

“The Arizona State Land Department had proposed to rezone and reconfigure the Tortolita Preserve,” said Mark Johnson, a member of a group of residents called the Tortolita Alliance. “That sequence of events was kind of disturbing.”

Marana leased the acreage from the State Land Department nearly two decades ago to set aside habitat for an endangered species of cactus-dwelling pygmy owls. 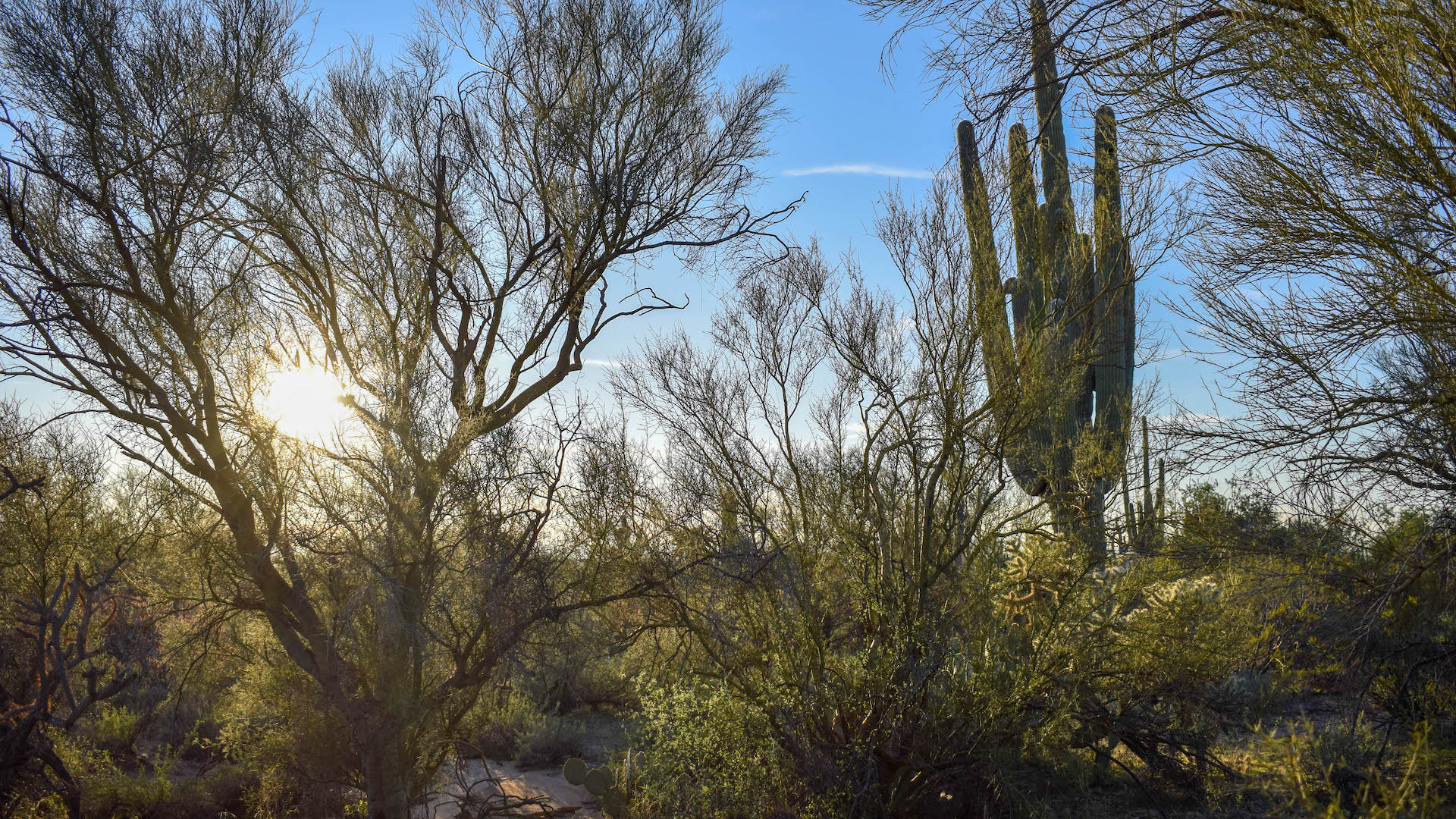 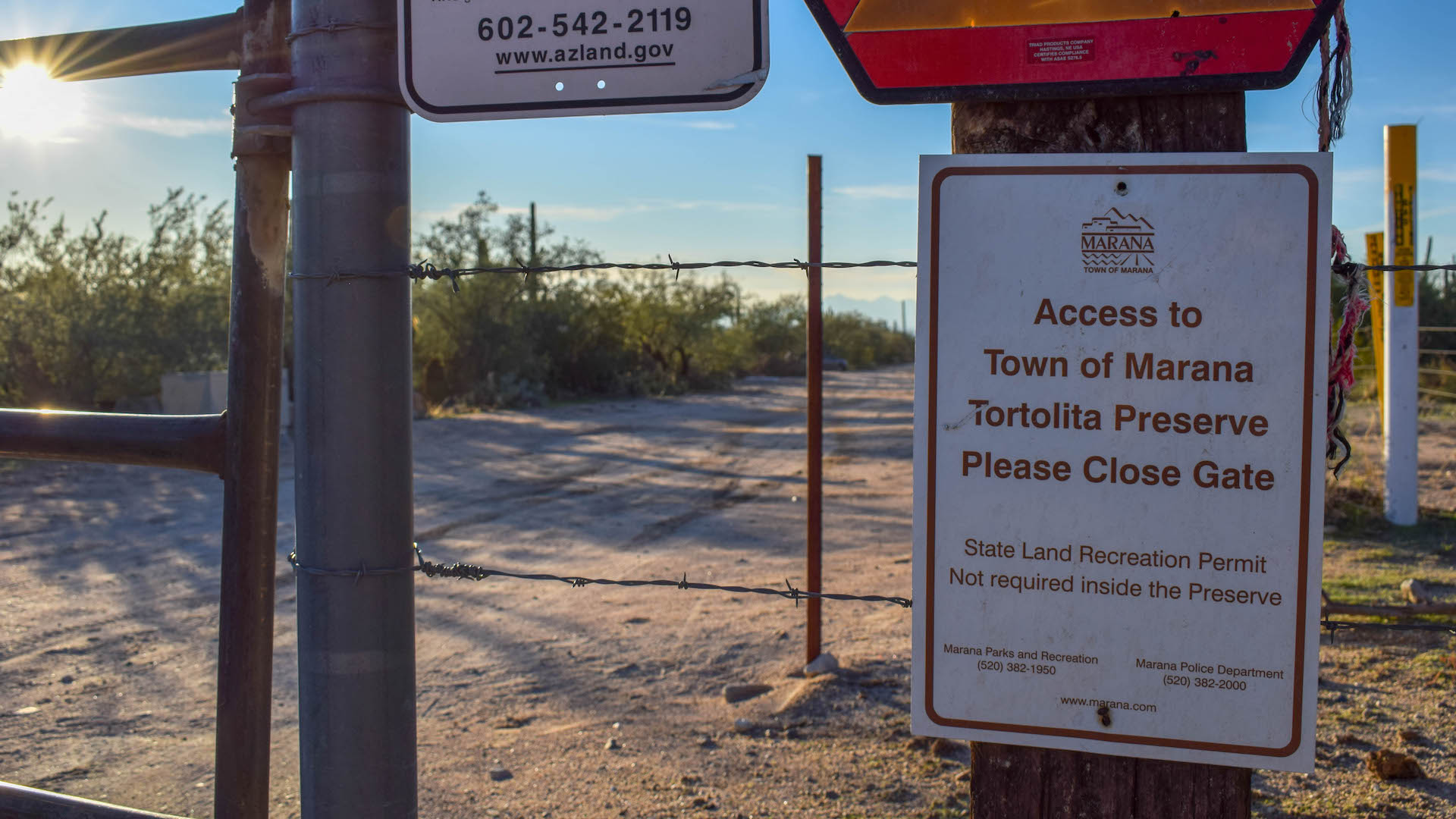 The gate to the Tortolita Preserve in Marana, Dec. 10, 2019.
Jake Steinberg/AZPM

The owl was removed from the endangered species list in 2006. The Tucson-based Center for Biological Diversity is working to get the species relisted due to threats by habitat loss and climate change.

The town’s annual lease payment has increased year over year. The current payment is $575,000 and the town staff projects it to grow to at least $2.6 million by the end of the lease in 2099.

The town’s 2040 general plan is set for voter ratification in August of next year.

Here's how to help prevent wildfires this summer Preventing and fighting human-caused wildfire Contreras Fire burns more than 18,000 acres
By posting comments, you agree to our
AZPM encourages comments, but comments that contain profanity, unrelated information, threats, libel, defamatory statements, obscenities, pornography or that violate the law are not allowed. Comments that promote commercial products or services are not allowed. Comments in violation of this policy will be removed. Continued posting of comments that violate this policy will result in the commenter being banned from the site.