Regina Romero next mayor of Tucson

Also, results for the City Council and a "no" vote to salary raises for council members. Tweet 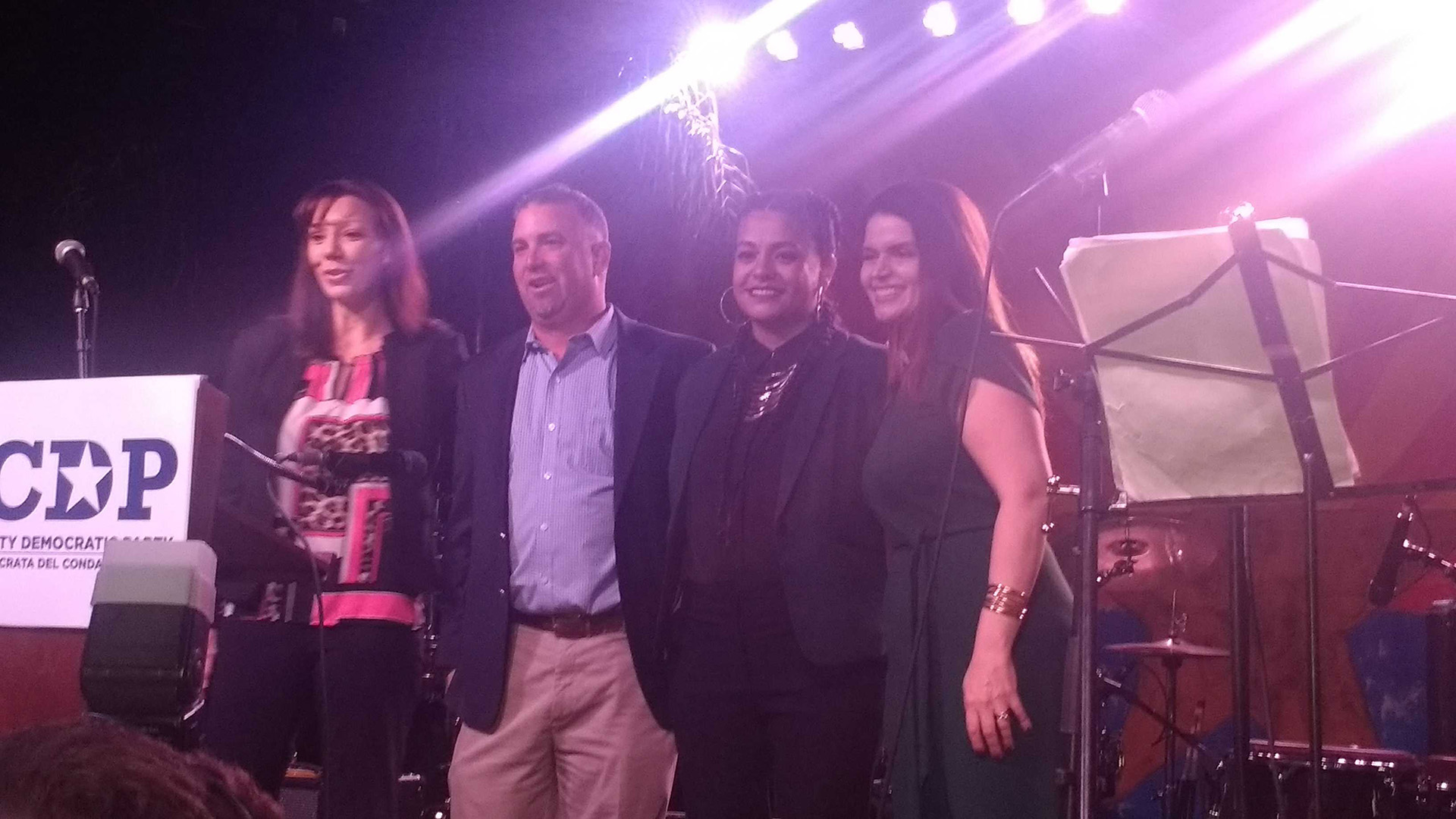 Democrat Regina Romero will be the next mayor of Tucson, based on preliminary results of Tuesday's election.

Early results that included most of the ballots cast for this election showed Romero with more than half of the votes in the three-way race to lead the city. The other candidates were independent Ed Ackerley and Green Mike Cease.

Romero said she would immediately focus on ways the city can respond to climate change.

While Romero opposed the sanctuary city initiative that voters defeated Tuesday, she pledged to work for the repeal of SB 1070, the controversial state law that requires police to determine the immigration status of anyone they stop or arrest. It was one of the issues that spurred the sanctuary city movement.

"The root of the problem is SB 1070, and we've got to demand in a unified front with a unified voice that Governor [Doug] Ducey and the state Legislature repeal SB 1070," Romero said.

The results show the council is likely to remain all Democrats, as the majority of the votes cast in the election were expected to be counted in the first round of results Tuesday night. With mail-in elections, the bulk of the votes are typically counted on election night.

Turnout in the election was at 33% as of Tuesday night. The number could increase as ballots that were dropped off at poling places on Election Day are counted later in the week. During city elections in 2015 and 2017, voter turnout was 36%.

Independent Ed Ackerley campaigned on a moderate platform of economic development, infrastructure improvement and boosting Tucson's reputation. Cease campaigned on a local version of the Green New Deal to respond to climate change, and was the only mayoral candidate to support the sanctuary initiative on Tuesday's ballot.

Democrat Jonathan Rothschild did not seek re-election and his second term will end in December. In Tucson, the mayor does not carry more power than the City Council members.

In Ward 1 candidates competed for the open seat vacated by Romero's mayoral campaign. The seat has long been held by Democrats, and Lane Santa Cruz will continue that tradition by replacing Romero, according to initial vote tallies released Tuesday. Republican Sam Nagy and Green Matthew Smith also competed in the west-side ward on the City Council.

In Wards 2 and 4, there's a greater percentage of registered Republican voters than in other wards, but voters throughout the city weigh in on who should represent those east-side wards.

In Ward 2, incumbent Democrat Paul Cunningham is headed for another term, having been in office since he was appointed in 2010. Green William Peterson and Republican Ewart Williams ran against him.

Tucson voters also clearly stated they're not inclined to pay the elected officials in the city a higher wage.

Voters last approved raises for the city's elected officials in 1999.

Tucson Mayor-elect Regina Romero lays out immediate priorities Journalists roundtable unpacks Tucson’s election results Tucson City Council passes resolution supporting abortion rights
By posting comments, you agree to our
AZPM encourages comments, but comments that contain profanity, unrelated information, threats, libel, defamatory statements, obscenities, pornography or that violate the law are not allowed. Comments that promote commercial products or services are not allowed. Comments in violation of this policy will be removed. Continued posting of comments that violate this policy will result in the commenter being banned from the site.